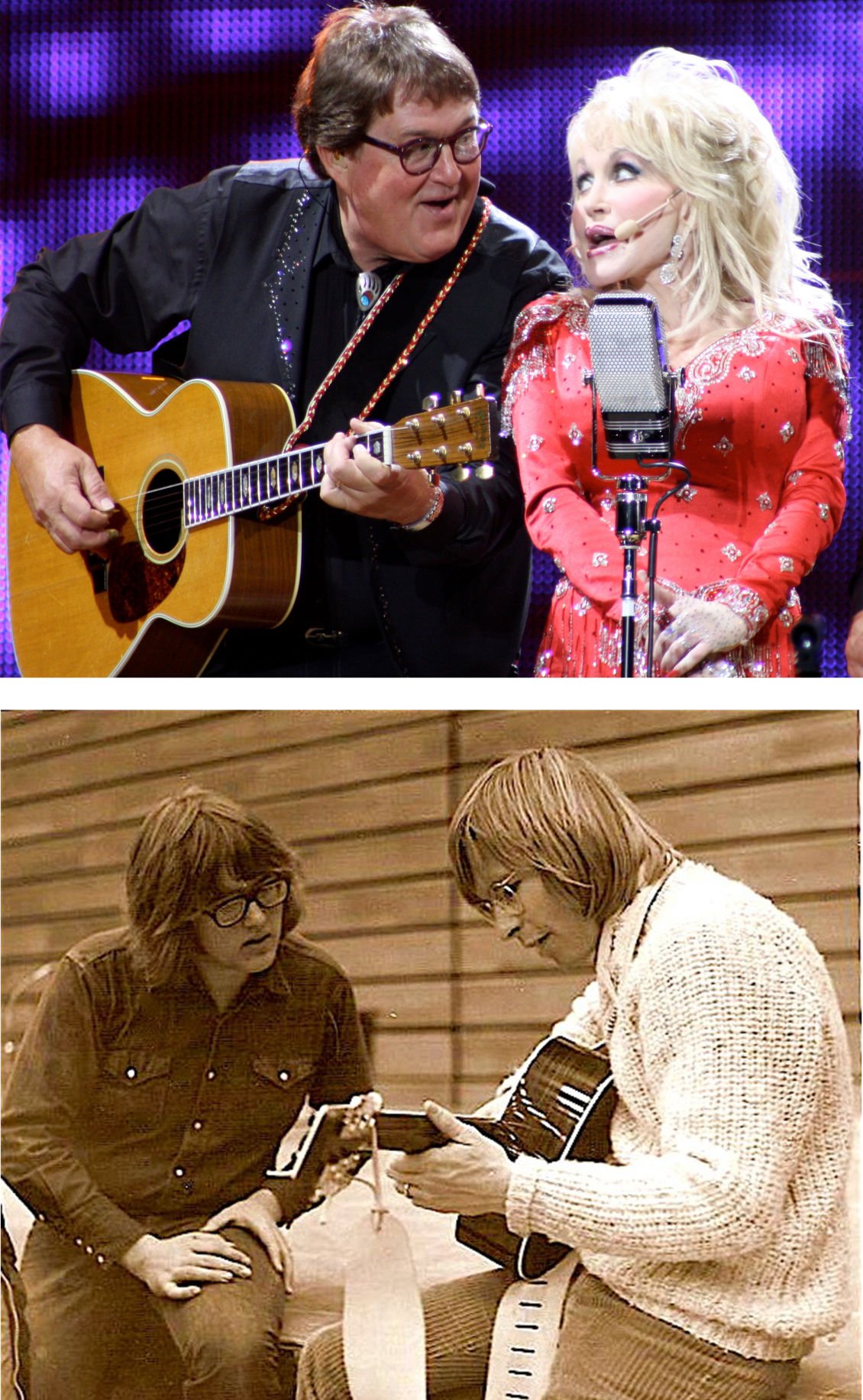 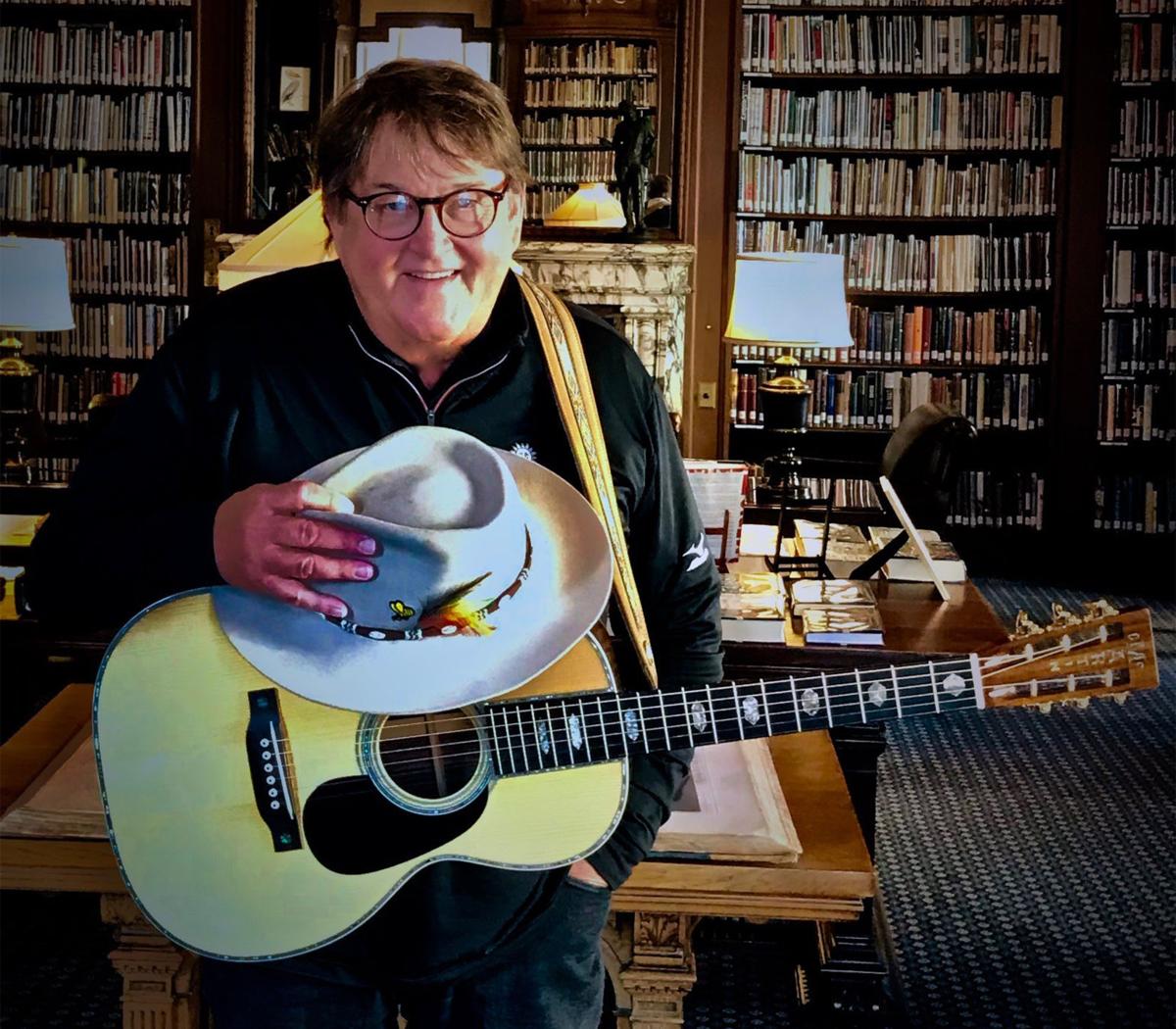 World-traveled, Grammy-nominated artist Jim Salestrom is set to croon for the crowd at the Lake Wales Arts Center later this month on January 18. “I play songs about places that I’ve been and people that I’ve met,” said Salestrom. “I try to bring some humor. I’m a storyteller and the music is geared for all different ages.”

The singer/ songwriter was influenced at an early age starting with his parents taking him and his brothers to hear music at church and the symphony. “I started singing when I was really young […] and I loved it,” said Salestrom. He said that Elvis Presley must have been on the television, prompting him to want a guitar. He got one for his seventh birthday and played piano and trombone throughout grade school.

“I got thrown in the deep end,” he said of his musical career origins. Performing with folks much older than him, Salestrom played with a religious folk mass and went on tour with a college choir at age 15. That same year, Salestrom and his older brother Chuck, along with Dugg Duggan, Craig Link, and Bill Howland formed a band of their own, Timberline. The group had a country/ folk/ rock sound featuring Salestrom as the lead singer and main songwriter.

Timberline built a regional fan base and signed with the national booking agency, Variety Artists within their first year. When Salestrom was about 18, the band signed to a national recording contract and released their first album, The Great Timber Rush. When the album came out, Timberline was put on as the opening act for Dolly Parton.

The band eventually broke up and Salestrom began his solo career. “I got a phone call from Dolly’s people about two years later asking if I’d like to audition,” remembered Salestrom. This was in 1979 when Dolly’s icon-status was well-cemented following hits like “Coat of Many Colors,” “Jolene,” and “I Will Always Love You.” He was chosen to join Dolly’s band, playing acoustic, electric, high-string guitars, and banjo. “It led to a lot of really interesting opportunities,” he said. “It was such a gift.”

Throughout the 80s, he traveled the world with Dolly, appearing on The Tonight Show with Johnny Carson three times, and playing iconic venues and events from the Grand Ole Opry to the Academy Awards Show.

“Dolly Parton is an incredible storyteller,” he said. “To have been right behind her on stage for thousands of shows, I hope a little bit of that has rubbed off on me.”

Dolly wasn’t the only bonafide star Salestrom played with. He also joined John Denver for many projects. “He was my hero and I got to sing and record with him in 1991,” said Salestrom. Since Denver’s passing in 1997, Salestrom has been singing in tribute bands, paying homage to his idol.

A talented musician and shining star in his own right, Salestrom says he is grateful for the opportunity to perform, sit in, or record with so many artists. “I’ve gotten to play with just about everybody I’ve ever hoped to play with,” he said. This includes the likes of Vince Gill, Amy Grant, Livingston Taylor, Kenny Rogers, Emmylou Harris, Linda Rondstadt, The Nitty Gritty Dirt Band, Tom Rush, John McEuen, and Peter Yarrow among many other greats.

Salestrom’s solo career has proven illustrious. A few accomplishments include singing the opening song for “The Best Little Whorehouse in Texas,” being nominated for a Grammy for outstanding children’s album in 1997, performing for many presidents both as a part of Dolly Parton’s band and as a solo artist, and making numerous national television and radio appearances. He continues to travel the world performing.

Salestrom remarked, “I feel like I have been so lucky to make a career traveling the world and playing my guitar and telling my stories and singing my songs.”

The powerful influence music had on Salestrom as a child has driven him to light the fire in other children across the globe, donating his time to elementary schools from Montana to Germany. This includes performances, and in some schools, recording albums with the students as fundraisers. Salestrom has even played here in Polk County. “I’ve had the joy of playing for one of the grade schools in Lake Wales and had a wonderful time,” he said. He will be playing at another Lake Wales elementary school the Friday before his performance at the Lake Wales Arts Center.

Salestrom remembers a formative moment for him – a moment that inspires his work at schools today. “I remember when I was about 12 years old, I got to see a community concert,” he began. A duo performed with 12-string guitars which Salestrom loved. He went up to talk to the act after the show and asked what kind of guitar they were playing. The man told him that it was a Martin.

He had heard of Gibson and Fender, but not Martin. The man told him that the guitar manufacturer, established in the United States in 1833, made the best acoustic guitars in the world. “I saved my money up and got one,” he said. “I think every time I go and play for a grade school, there’s going to be one child in the audience that’s going to think, ‘I bet I could do that. I might even be able to do that better than him,’” he laughed. “I love that feeling.”

Salestrom went on to say, “It just takes one person to light a flame. If you can get one person, that takes it to the next step musically or finds that creative joy that I’ve found in writing music and performing – that’s the goal.”

Another current passion project for the singer/ songwriter is his new album, Library. “I loved to read and as a child. I loved to go to the library and that stuck with me,” he said. The works of wordsmiths like Jack London and Mark Twain have influenced his storytelling through songwriting. He remembers a teacher in sixth grade that would read Tom Sawyer to the class every day after lunch. A few pages each day, Salestrom and his classmates were hooked. “It’s a really neat thing to have teachers that instill that passion for reading in you,” he said.  Ideally, he would like to get his album in the hands of the American Library Association to be distributed.

As the title of Salestrom’s January 18, Lake Wales Arts Center show implies, the audience will enjoy renditions of tunes from Dolly Parton and John Denver, along with songs from Jim Salestrom’s albums Library and Music From The Mountains. Executive Director for the LWAC, Andrew Allen may also join Salestrom on stage to play the piano.

“I’m grateful that I get to come to Lake Wales,” said Salestrom. The show will have a little something for everyone, so bring the whole family. He said, “People come away feeling a little bit better and that’s the goal to make everybody feel inspired.”

Where: The Lake Wales Arts Center

Lakeland and Winter Haven are Polk County’s two most populated cities. For almost as long as…

HAVEN in the Pocket of Your Pants