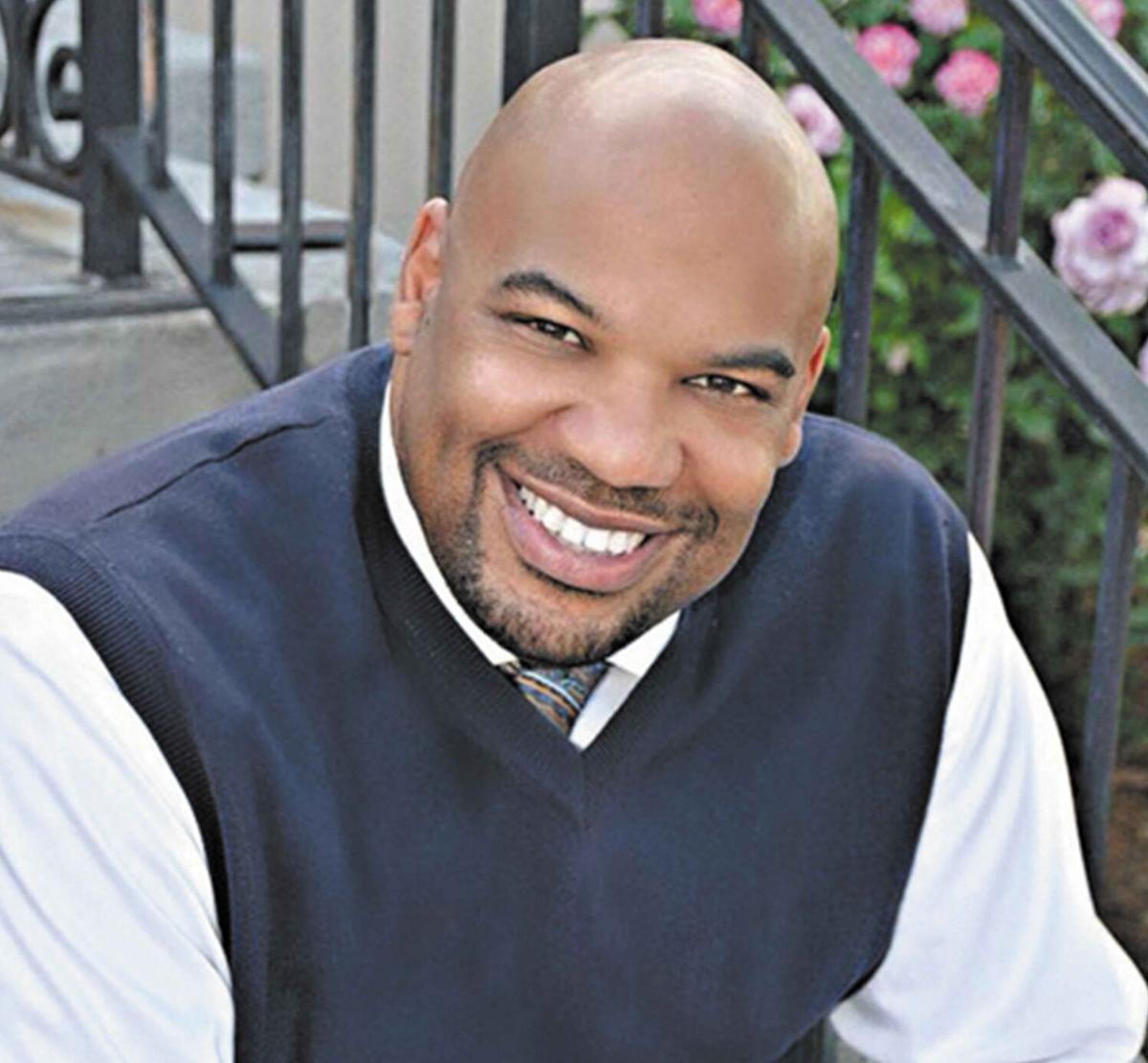 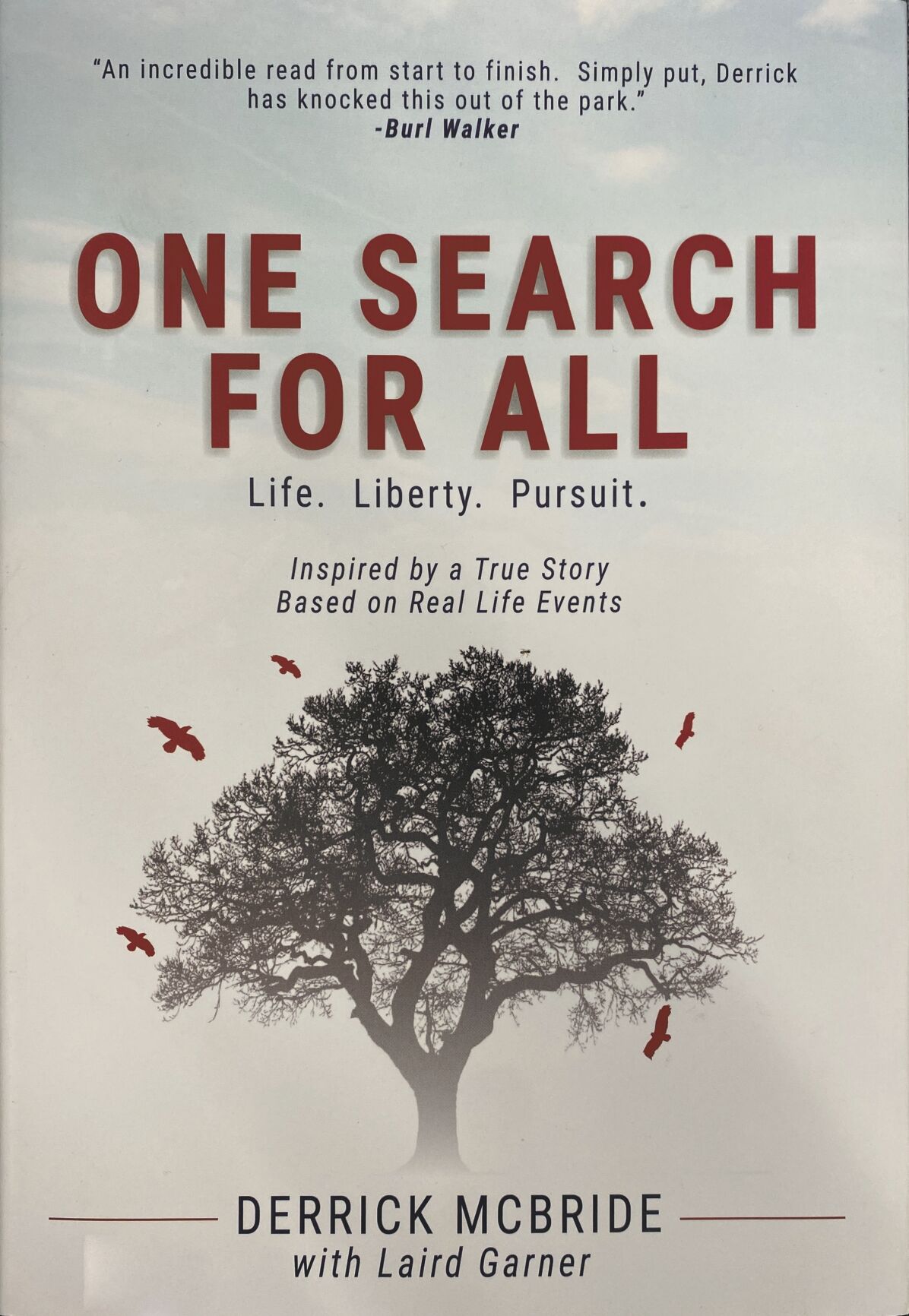 In May of this year, St. Louis, Missouri native and twenty-year Lakeland resident Derrick McBride released his debut self-published novel, “One Search for All.” Inspired by true events that transpired in 1970s Fulton, Missouri, the story follows Miss Willie Swanson Edwards and the author’s grandfather, Jack McBride.

Following years spent in program development and fundraising within the nonprofit sector, Derrick McBride turned his focus to presenting, keynote, and motivational speaking. Through his work, McBride hopes to motivate people “to become better versions of themselves, create better opportunities for themselves, and to do exactly what they’ve always dreamed.”

Derrick McBride is the founder of Vizon Quest, a nonprofit dedicated to providing services to youth ages 6-18 in education and career development, health and life skills, sports, fitness, and recreation. He co-founded event management company Eventrics and is well-known locally as the Executive Director of the YMCA/ First Tee program in Lakeland. First Tee is an international program utilizing afterschool and in-school programs to introduce the game of golf to young people. “It’s meant to bring diversity to the game of golf,” said McBride. “We were able to do some amazing things in the community through that program.” He has also worked as CEO/ Executive Director of a Boys and Girls Club.

One Search for All

When Miss Willie goes missing one frigid February morning in 1974, friends Ortis ‘OT’ Williamson and Jack McBride will stop at nothing to find her. “One Search for All’’ is a moving account passed down by McBride’s grandfather exploring the “realities of racism, homelessness, despair, and desperation.”

Miss Willie is described as a fiercely intelligent woman who loved literature and poetry. An excerpt from the book reads, “In her early years she was a confident woman, whose beauty was like the fire-gold flame of dawn. Her thoughts flowed with wisdom, and that heart of hers would be the source of love that so many young people would cherish.” Another passage asserts, “She commanded respect from all who knew her, and even though she was denied many opportunities because of the color of her skin, she continued to hold her head high.”

Polk County educator for over twenty years, Michelle Snell, synopsized the book, writing, “It offers an insightful glimpse into the lives of Black people and injustices happening in the 1970s. The story centers around a homeless Black woman that goes missing and the search to find her. The book unravels a shocking, surprising story that takes the reader back to a time where racial tension was at its peak.”

An 18-year-old McBride was struck when his grandfather first told him the story of the search for Miss Willie. “After he told me, I knew I wanted to share it with the world. I didn’t know how I was going to do it. I didn’t know what method it was going to be, what media, but I knew I had to,” he said. McBride and contributor Laird Garner took time fact-finding, regularly consulting with Jack McBride, and organizing information for historical accuracy and pertinence to the story. “Even before we started writing, we had to gather up information about Miss Willie, about the City of Fulton, about laws, about music, about candy,” said McBride.  “He played an integral part in helping me with the book,” McBride said of Garner.

Compelled to relay the tale, McBride noted, “I don’t know if it’s something that I wanted to tell. I thought it was something that you would want to hear as a reader. […] This is one of the best true stories I’ve ever heard. It doesn’t get any better than this.” And an extraordinary true story it is. Towards the book’s conclusion, the narrator aptly recounts, “I couldn’t help but realize that this entire search wasn’t just about finding Miss Willie, it was about finding the American dream, whatever it may be, to whomever it may be.”

McBride described his grandfather Jack as “a folk hero back home.” Many in Fulton and surrounding areas were familiar with Miss Willie’s story from Jack McBride, who wrote his account in a journal. “So many people liked the story that he sold that journal,” said McBride of his grandfather’s book, “The Search: The True Story of Miss Willie Swanson Edwards.”

“I don’t know if I really knew what kind of person he was until I started writing the book,” said Derrick McBride. Growing up, McBride regarded his grandfather, who the family calls ‘Hi Pop’ as “rock solid.” Spending time on his grandfather’s farm was the highlight of McBride’s summers growing up. He admired Jack but didn’t quite realize the depths of his character and community impact until diving into “One Search for All.” “People in his community loved him. He advocated to bring diversity to the state of Missouri and to the surrounding cities he worked in. He was a big component of the National Association for the Advancement of Colored People. He was really big on bringing people of different colors together for a common goal,” said McBride.

A Goal to Get in Schools

Drawing from the real lives and experiences of Miss Willie, Jack McBride, and others, the book delivers an impactful, twisty read filled with beats of profound sadness, injustice, revelation, and triumph. “I did want to stir up emotions,” said McBride. “I wanted to stir up feelings, and I wanted to stir up thoughts. Even if it did make you mad and you couldn’t do anything – what can you do today?”

Each reader will doubtlessly walk away with something different from the story. McBride certainly gleaned something from telling it. “It took me a long time to write the book, and there were several times that I got stuck. I’d set it down, but I kept pushing through. I think that if you have a dream to do something, you have to push through, and you learn that about yourself.”

“I don’t even know how to feel about it yet,” he said. McBride had a deadline, finished the book, and it came out in a whirlwind. “Now I’m just able to sit back and go, ‘I did that.’ […] It was a tough journey. There were times as I wrote the book when I was in some difficult places in my life. Some of the best chapters in that book were in those difficult times.”

The “One Search for All” author is currently on tour to promote his book. McBride has designs on several more books that would expand on Miss Willie’s life and that of his grandfather, as well as a motivational book nearing finished, titled “There’s a Hole in My Sock.”

His goal is to get “One Search for All” into middle and high schools. “I want to get a paperback version into schools with a curriculum and a workbook,” he said. McBride envisions a workbook with exercises that will spark conversation, and if asked, he would love to speak to students about it. Educator Michelle Snell noted, “As a teacher, I’d love to see Mr. McBride get his book into our Polk County schools. Our world needs more unity and compassion. This book touched my heart, and I’m sure it will for all who have the privilege to read it.”

One Search for All

Mark your calendar for the 2021 Juneteenth Celebration in Winter Haven later this month. Thi…