Skip to main content
You have permission to edit this article.
Edit
Home
Best of HAVEN
Best of LKLD
Top 10 to Do in Polk
Top 10 to Do in Lakeland
Local News
Arts
Food & Drink
Profiles
Cover Story
Travel
Events
1 of 2 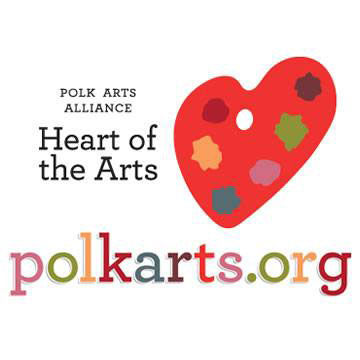 When you see a show at one of your favorite nonprofit community theatres or art galleries, do you ever wonder how they got the funding to bring and retain such rich artistic culture to Polk County? The answer, for many of the nonprofit arts organizations around the county, is the Polk Arts Alliance.

I spoke with Polk Arts Alliance’s Executive Director who’s been with them since 2010, Meri Mass. She defined the organization, “The Polk Arts Alliance is the official designated agency for Polk County and represents all of the arts organizations, the nonprofit arts organizations within the county.” PAA is the advocacy agency with the Board of County Commissioners Division of Culture Affairs in Tallahassee and Americans for the Arts in Washington D.C., doing their part to advocate for the funding of our local creative nonprofits.

Meri described an important endeavor PAA took on a few years ago on behalf of the arts, explaining, “In 2011, we advocated to get Bed Tax dollars to fund the arts through a grant program because no bed tax dollar was going to the arts, it was all sports. Through our efforts, which I thought was going to take about a year, took 4, but in 2013 we were able to actually get an ordinance passed that 15% of the first two pennies of the bed tax would be dedicated to the arts.” She continued, discussing the significant financial impact of the bed tax, “It’s about $700,000 a year which has actually turned out to be, at this point in time, about 2.5 million dollars, total money back to the arts.”

Polk Arts Alliance is also the publisher of Artifacts Magazine. Meri explained that the magazine has been in publication for over 25 years, starting as a for-profit. In 2004, the woman who started Artifacts sold it to PAA for a dollar. Now, the money for the specialty ‘support the arts’ license plates, comes back to PAA, around $8,000 according to Meri, that is dedicated to funding the magazine which highlights the arts, both for-profit and nonprofit, in the county.

The arts may have an undeniable cultural impact within Polk County, but Meri says a major goal for PAA is to make the economic impact known as well. In January of 2016, through Americans for the Arts, an economic impact study of the arts began. Throughout the year, the nonprofit members of PAA collected data that Meri then sent to Washington. The results of the of the study were recently released, with Meri recounting the staggering numbers, “I had a meeting this morning with Polk Vision, to reveal the results on that and it’s turned out that the nonprofits that participated, there were about 34 of them, is $46.5 million economic impact a year in Polk County.” Meri noted that the study only accounted for nonprofit organizations, but that PAA is also working with the creative industries which are for profit, such as galleries, artist, and architects, saying, “Now going forward, we’re going to be working with our economic development offices to try to get them to recognize the importance of the creative industries.”

In conjunction with funding nonprofits, focusing on the positive impact the arts has in the education system is paramount to the organization. Polk Arts Alliance wants to bring that to the forefront of the broader conversation of arts in education, saying, “We have a 92% graduation rate for students who are in art classes, our “A” schools are all performing arts schools. You hear the word STEM [Science, technology, engineering, and math] a lot, the next issue is trying to change that conversation to STEAM [Science, technology, engineering, arts, and math].”

Meri invited me to sit in on a meeting she was having with Theatre Winter Haven which gave me an understanding of the amount of talent we have in Polk county and how that impacts the local economy. Tony Gallegos, the theatre’s business director remarked that the theatre which has been in existence since 1970, in the Chain of Lakes Complex since 1977, is a 6-time national award-winning theatre, the most honored in the state of Florida. Theatre Winter Haven brought home several awards when they took The Amish Project to AACTFest, a national community theatre competition, including best technical achievement. TWH will be hosting the Florida Theatre Conference (FTC) in August of next year, bringing theatres from across the state to Polk county–a prime example of the impact the arts have on our economy.