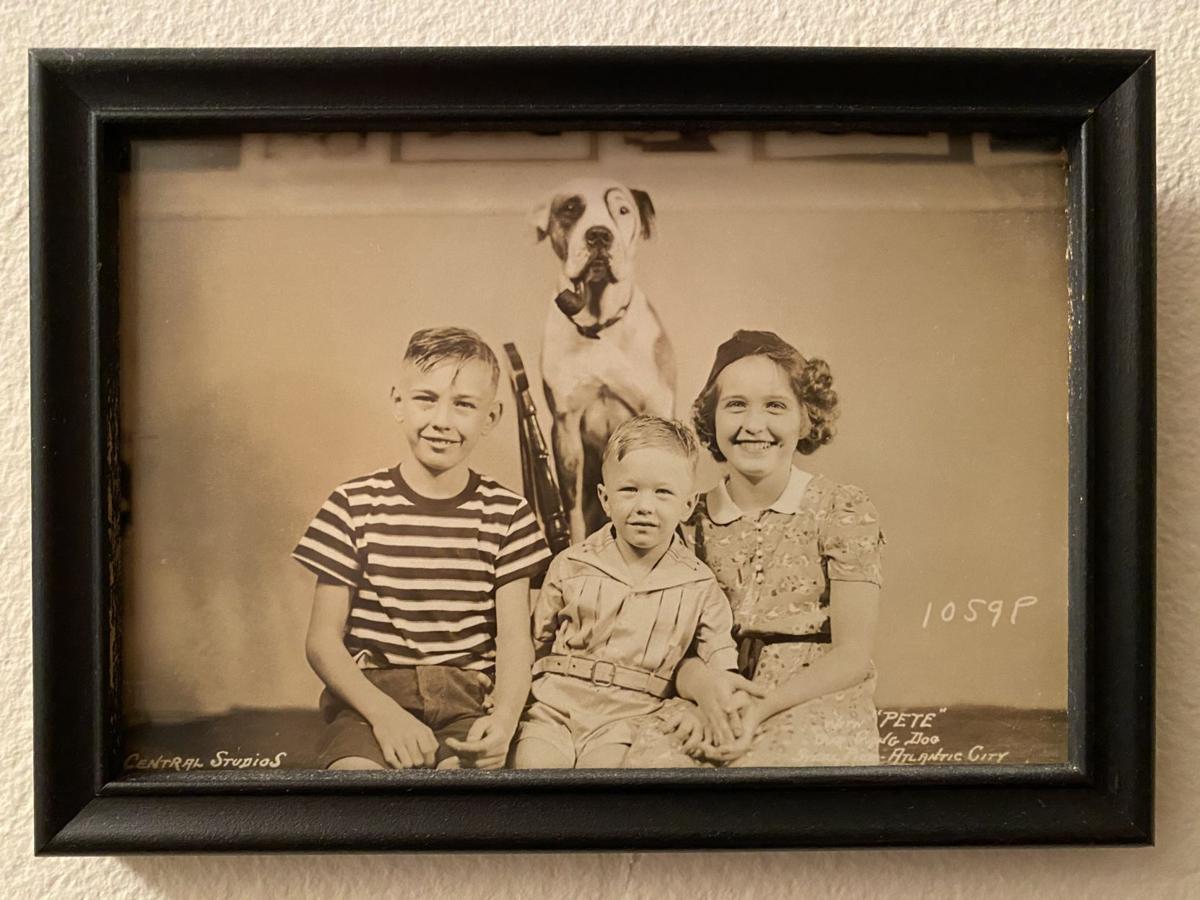 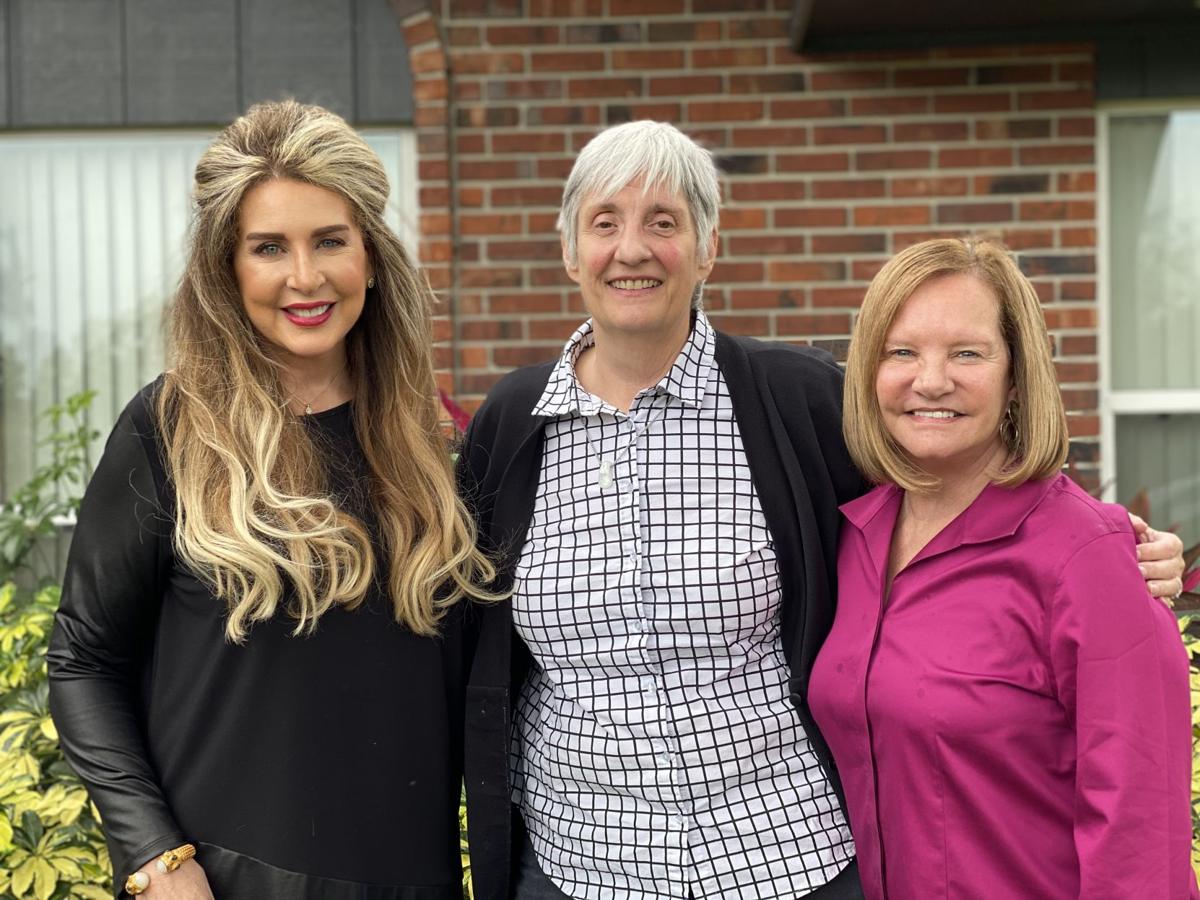 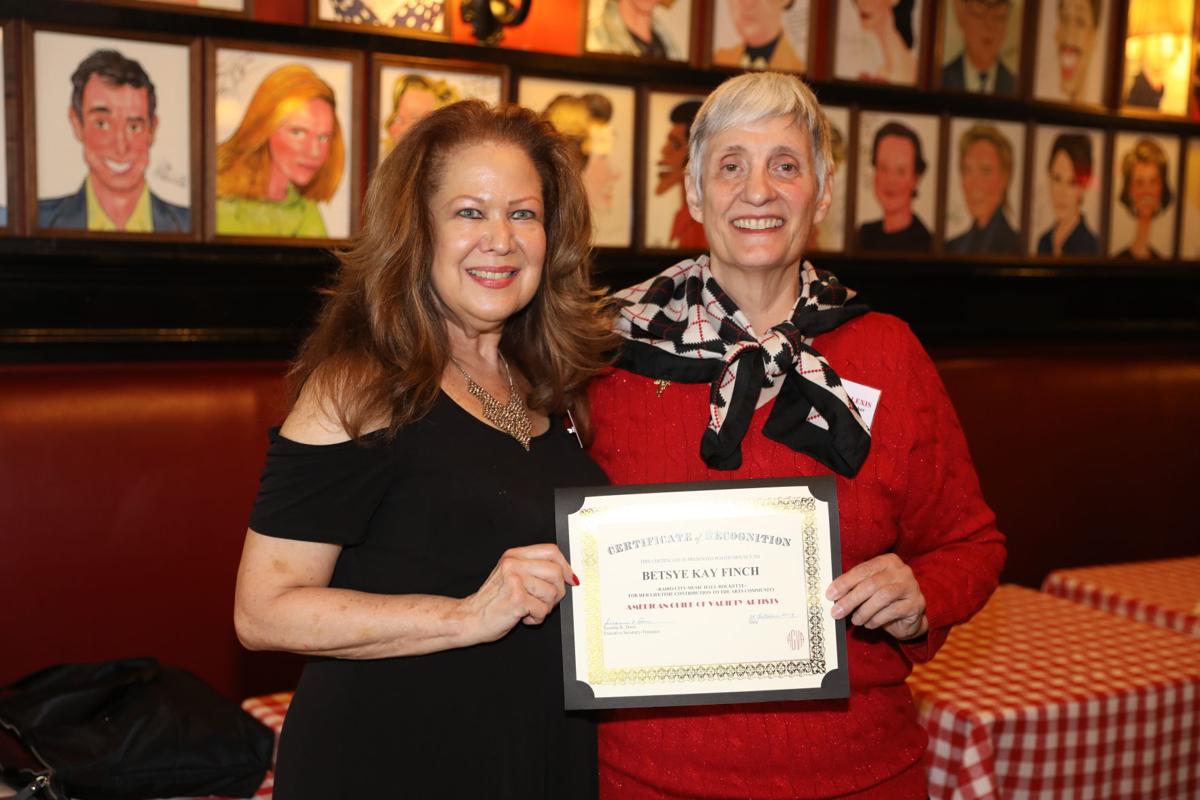 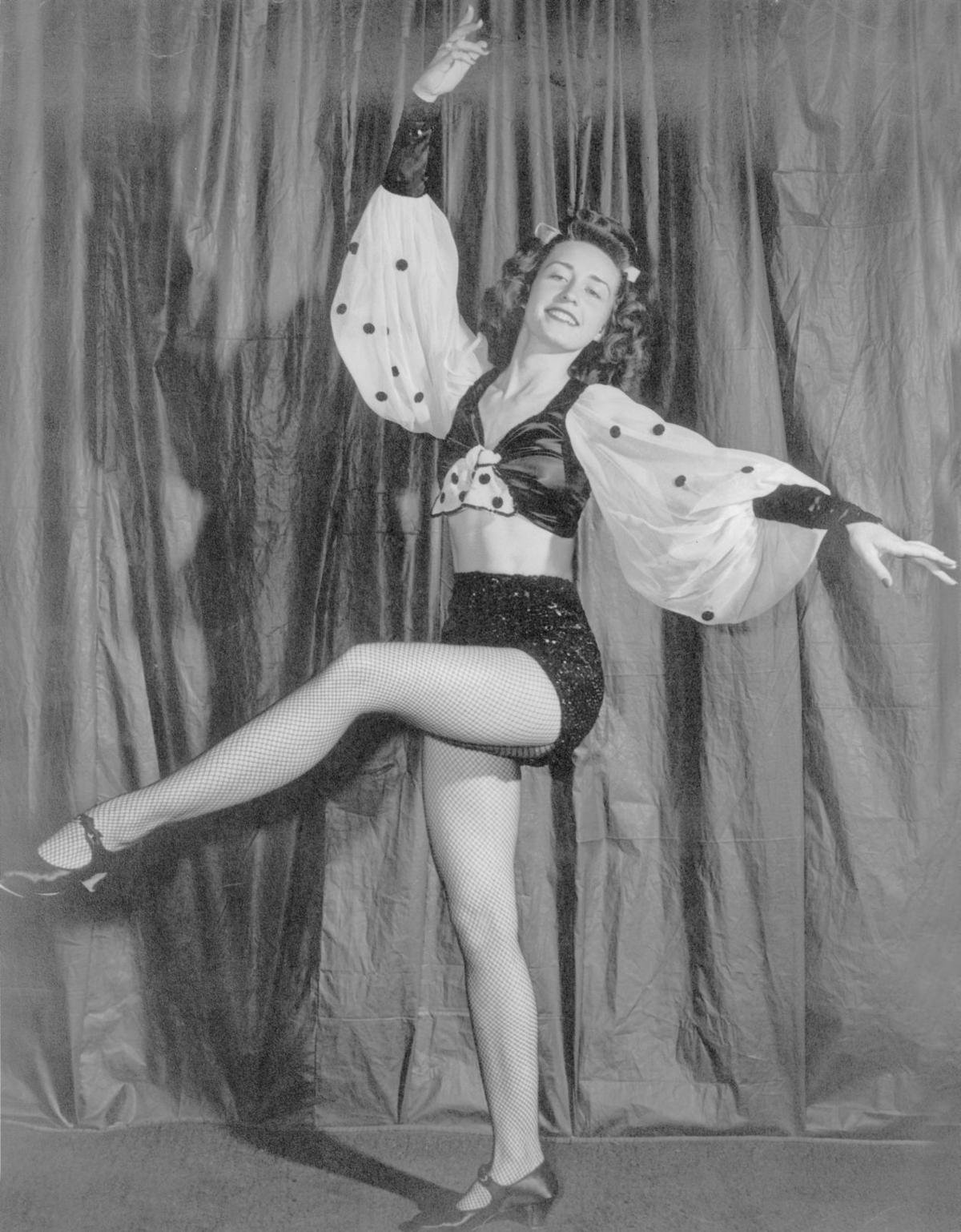 Described as radiant, encouraging, one-of-a-kind, Betsye Kay Finch left an impression on everyone she met. Perhaps most important were the impressions made on her thousands of dance students over her three decades of teaching dance in Lakeland. Now, her daughter, Alexis Rocker is carrying on her legacy by providing an opportunity for young people who share her mother’s love of the performing arts.

Born in Fort Meade in October 1926, Betsye started dancing at just four years old. She grew up in Lakeland, where her mother, Gertrude Kay, would drive her to Tampa to study dance. “Some people are gifted with knowing what they want to do when they grow up,” said Alexis. “My mother knew.”

At 16-years old, a smart and determined Betsye Kay Finch graduated from Lakeland High School and moved to New York City to further study dance and drama at the Feagin School of Dramatic Art. Though the move would seem bold to most, Betsye was comfortable in the warmth and glimmer of the New York lights. Alex J. Kay, Betyse’s father hailed from Philadelphia. Every summer, she and her brothers would drive to Philadelphia to visit their relatives before moving on to Atlantic City and New York City. “Had it not been for those summers visiting in Philadelphia, Atlantic City, and New York City, she probably would have been a bit intimidated and not gone to New York to study. But she knew that’s where she wanted to be,” said Alexis.

The Rehearsal Club, where Betsye lived, was within walking distance of NBC Studios and Radio City Music Hall. The born dancer tried out and made it as a Radio City Rockette. The demanding schedule of upwards of six shows a day led her to step away from the chorus line and focus on her academics, drama, and dance. “She took tap lessons from Ziegfeld Follies choreographer Ned Wayburn and from Bill “Bojangles” Robinson,” said daughter, Alexis. And by the time she left the Big Apple, “She held four coveted union cards: Actors’ Equity, the American Guild of Variety Artists, SAG, and American Federation of TV and Radio Artists.”

Teaching Tap and Other Invaluable Lessons

In 1949, the former Rockette moved back to Lakeland for marriage and family. This would not be the end of the line for Betyse’s illustrious dance career. In 1951, she founded Betsye Kay’s School of Dance in Lakeland.

Two former students of Betyse’s, Nancy Cook Fisher and Leah Bellotto Lauderdale remember tapping along with their teacher with fondness.

“When I was four, I told Mother that I wanted to take dance. I remember looking at this book and it showed somebody on half-toe in a ballet shoe and somebody on pointe,” said Nancy. “I looked at this book for a whole year waiting to go to ballet school.”

Nancy continued, “I was so excited when I walked into Betsye’s studio. There was this woman with this fabulous smile and she welcomed me.”

Leah described Betsye Kay’s personality as vivacious. “You knew when Betsye Kay was in the room,” she said. “She also had this heightened sense of encouragement, professionalism, and versatility.” Betsye was teaching not only four, five, and six-year-olds, but high school students as well.

“She also spoke to who you were,” said Leah. She and her two sisters grew up on a cattle ranch. Betsye would choreograph little cowboy numbers with ballet and tap incorporated just for the three sisters, complete with cowboy boots and getup. “Betsye Kay brought the arts to life,” she said.

Betsye’s daughter Alexis took dance with her too. Around 12-years-old, she told her mother that she didn’t think she was cut out for dance. “She looked at me […] and she said to me very dramatically and sweetly, ‘I’m glad that you finally came to realize this.’’’ The humorous moment was a testament to Betyse’s candor as well as an illustration of her grace as a teacher and mother. “What was so marvelous about my mother is that she had me come to that conclusion on my own. It wasn’t forced upon me,” said Alexis.

The influence of their dance teacher went beyond the walls of the unairconditioned Lakeland dance studio. Nancy continued to dance into her fifties. “The joy of dance did not leave me because she so influenced my life,” she said.

Teamwork, poise, and presence before an audience were only a few of the lessons imparted on Leah by Betsye Kay.

The three women also mentioned fellow former dance student, Kay Ruthven Hagan who went on to serve in the North Carolina and United States Senate. “She was a big fan of my mother’s and vice versa,” said Alexis.

“Kay was a beautiful dancer. […] She was a brilliant person in many ways,” said Nancy. “She carried her poise into college and her political life.”

“All of this influence on these young women has carried over into their adult lives,” said Betyse’s daughter.

Throughout her life, Betsye continued to choreograph and take the stage for the likes of Theatre Winter Haven, Lakeland Little Theatre (now Lakeland Community Theatre), Mark I & II Dinner Theatres, and others. She was instrumental in helping to raise funds to restore the Polk Theatre. She was chairman of the 60th-anniversary 1988 production, “Heavenly Daze!” that helped raise funds for the restoration of the landmark theater. A lover of the arts, Betsye was an early champion of the Polk Museum of Art as well.

Her creativity surpassed dance, Betsye also hosted a weekly radio program, “Borrowed and Blue,” on WONN and wrote a weekly column for The Ledger about social happenings around the city called “In Lakeland’s Mirror.”  Later in life, Betsye was involved at her church, All Saints’ Episcopal Church, as well as substitute-taught at Oscar J. Pope Elementary and Jesse Keen Elementary School after she retired from dance study. “In essence, Mother was always teaching,” said Alexis.

As a firm believer in education, Betsye saw to it that her children were well educated and cultured by the world. Alexis remembers traveling to New York City with her mother at the age of five. Betsye continued her dance studies while a caretaker would accompany Alexis to Central Park Zoo and Broadway matinees. Betsye took Alexis and her brother, Al Finch across the world and back – Paris, Milan, Peru. “My mother’s comment was, ‘Travel is educational.’ And indeed, it was.”

An NYC Celebration for the Dancer

On October 25, at Sardi’s, the iconic Broadway restaurant, family, friends, former students, and colleagues gathered to remember the talented dancer and teacher. It would have been her 93rd birthday.  The day was celebratory and emotional for Alexis. “To think all of these people traveled such distances to celebrate her and honor her life – it spoke so highly of my mom,” she said.

Lakeland native Lindsey Alley shared memories with Betsye. One of which involved the two aboard a plane bound for LaGuardia Airport that had to make an emergency landing. “When the plane eventually landed, on foam and to throngs of emergency trucks, Miss Betsye was giggling as she slid down the emergency chute. I’ll never forget that moment or her joyous zest for life,” recounted Alley. In attendance was famed composer of the Broadway musical, Annie, Charles Strouse whom Betsye met while attending the musical, Bring Back Birdie to see former student Rebecca Renfroe-Borneman.   Alexis was overjoyed Strouse came to the celebration. “He appreciated the fact that she made such an impact on her community with dance,” said Alexis.

Renfroe-Borneman who was also a guest at the October 25 luncheon, penned and sung a song entitled “Dancing in the Tune” for her childhood dance teacher. In the last stanza of the song, Rebecca belts:

Dancing in the tune

Dancing through the songs

“I knew right away when my mother passed that I wanted to form a foundation in her honor to continue to help other young people who might not be as fortunate as she was, to have the help that she had to get to New York to study,” said Alexis. “Why not perpetuate in her name, to be able to help other young people go forward to study and pursue their dreams. It is to keep her memory alive. She was adamant about education – helping young people become successful in whatever they did in life.”

The scholarship will be awarded amongst the five Lakeland area high schools to deserving graduating seniors pursuing post-secondary education in dance or musical theatre. This will include scholarships toward theatrical institutions and dance academies. “Not every creative soul chooses to go the academic route. We didn’t want to narrow it to only college or university,” said Alexis.

Alexis Rocker and six other people who knew Betsye Kay personally are on the board, including Leah Bellotto Lauderdale. Nancy Cook Fisher and Rebecca Renfroe-Borneman are advisors to the Board. The Betsye Kay Finch Performing Arts Foundation will be working with the Polk Education Foundation to receive applicants. The first scholarships will be awarded later this spring and they plan to have their first fundraiser in September.

“She was such an influence on my life and continued to be until the day she died,” said Nancy of Betsye Kay. “That woman was just a ray of sunshine.”

Betsye Kay Finch was a one-in-a-million person, a dazzling performer with an electric Broadway smile, kind eyes, and a light that shone bright enough to illuminate all who encountered her. If even one of the students who receive a scholarship from her foundation go on to do a fraction of what Betsye did in her lifetime, imagine how the community could be uplifted and enriched. Alexis said of her mother, “She’s still helping young people from Heaven.”

HAVEN in the Pocket of Your Pants

The Life and Legacy of Betsye Kay Finch