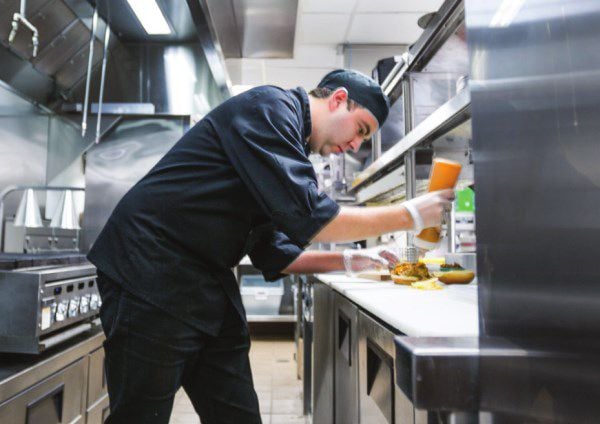 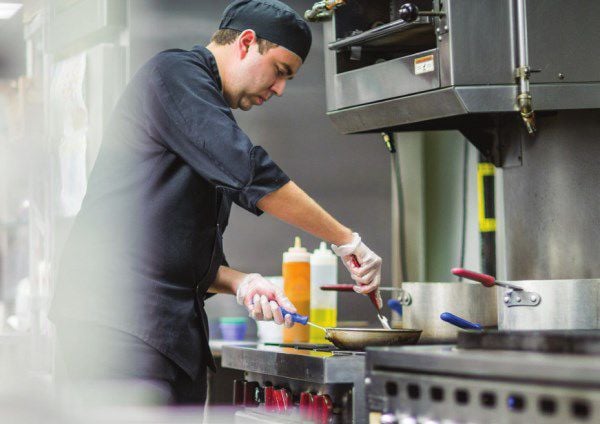 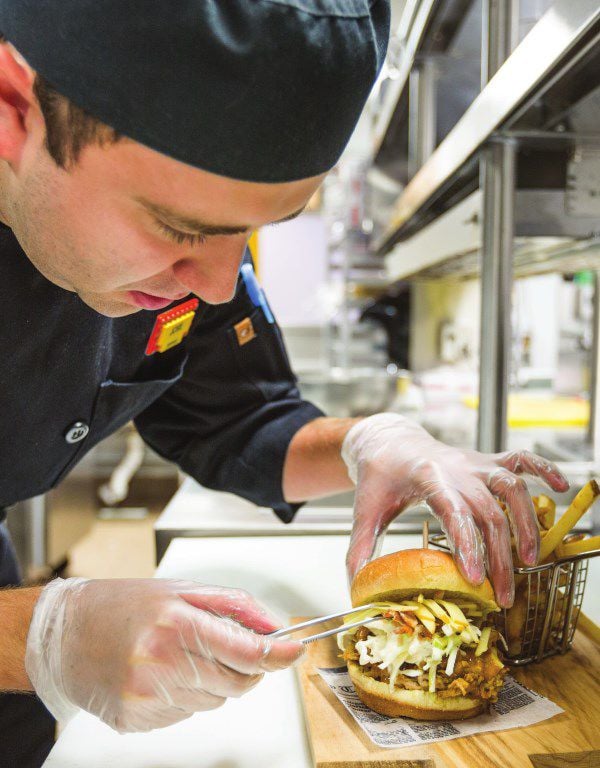 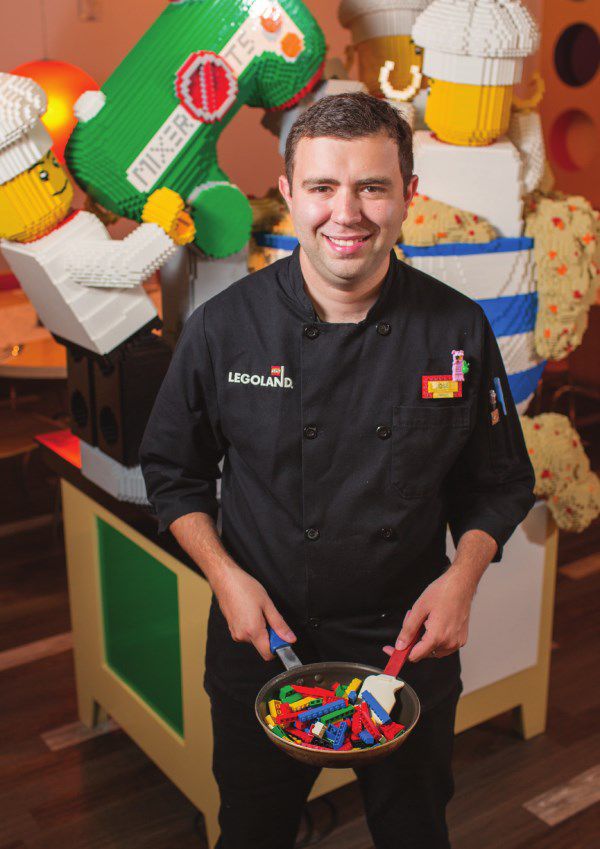 When Jose Aleman thinks about his upbringing in Guatemala, one place in particular sticks out among the rest: the kitchen of his childhood home. “I’ve always liked cooking since I was a kid; my mom used to cook a lot at home,” he remembers. “My family is very big ... we would get together every Saturday and cook a Guatemalan dish and enjoy it as a family – eat at the table until it’s late, just talking and enjoying.”

Now 28-years-old and working as the head chef of the Legoland Hotel, Aleman recognizes that those early years are what sparked the passion for cooking he carries to this day.

“I enjoyed what food could do, how it could bring people together,” he says.

Aleman started out slowly, helping his mother baking in the kitchen.

“I used make a lot of butter cookies; that was one of the first things I learned from my mom,” he remembers. “After a couple years I started just flipping through the cookbook and trying things myself — sometimes it would come out perfect and sometimes not as good.”

His mother saw the passion in her son and enrolled him in a cooking class. It was then he realized this was something he could pursue as a career.

“I fell in love with it,” he recalls, and after finishing high school, he attended the Guatemala Culinary Academy before pursuing a Bachelor’s in Hotel and Restaurant Management at the Universidad de Rafael Landivar.

“I learned the native dishes of my country because it think it is important to learn about your roots, but I have since learned about foods about all around the world,” he said. “I love learning about cultures and histories, you can find a lot of that in food.”

Two years ago, Aleman relocated to the United States as part of the Disney College Program, he met his wife, Nicole, who was working as a greeter. The pair moved to Colorado, where Nicole’s family is located, as Aleman waited for his green card to process.

As soon as it did he was offered a job with Disney, working for the Magic Kingdom and Grand Floridian Resort, and the couple moved back east.

Aleman says he enjoyed his time with Disney, but was looking for something more challenging: that’s when Legoland approached him with an offer: Head Chef of the Legoland Hotel, overseeing all facets two separate restaurants: The Skyline Lounge and The Bricks Family Restaurant.

Aleman jumped at the opportunity.

❝I am able to bring that creativity, which is what Legos are all about, bringing your creativity to the table.❞

“I get more freedom at Legoland,” he said. “I am able to bring that creativity, which is what Legos are all about, bringing your creativity to the table.

In his new position, Aleman has found himself off the kitchen line and into a more managerial role, something that has taken some getting used to.

“It’s hard not to be in the line … you miss being on the line … but you learn to balance it out and you have the best of both worlds,” he said. “(But) you are never gong to take me out of the kitchen — sometimes I will leave my office and go jump in.”

Legoland Public Relations Executive Brittney Williams said the company has been incredibly proud of the work Aleman has done, designing menus that not only appeal to both children and adults but also are also healthy and wholesome.

“The food is not what you would expect from theme park food,” she said. “(And) what a lot of people don’t know about Lego family restaurants is that the community is welcome to come in and go to the hotel just to have dinner—you don’t have to be staying at the hotel to come out.”

Aleman said the most exciting part of his new position is the flexibility he has found in menu creation.

“We make as much as we can from scratch,” he said. “90 percent of our menu is made from scratch, which is hard to do in a theme park environment … we are always busy but that doesn’t stop us from creating a product that we are proud of.”

And beginning next year, according to Williams, Aleman will have even more opportunity for variation.

“We are opening a brand new hotel, The Legoland Beach Retreat, and there will be a restaurant over there as well,” she said.

Aleman will be at the helm.

“I am excited to be able to start something from zero and make it into something that the guests will enjoy,” he said. “The world is full of different cultures … different people … different ingredients … I want to bring all that to Legoland. There is a world out there with so many flavors and I want to bring that here.