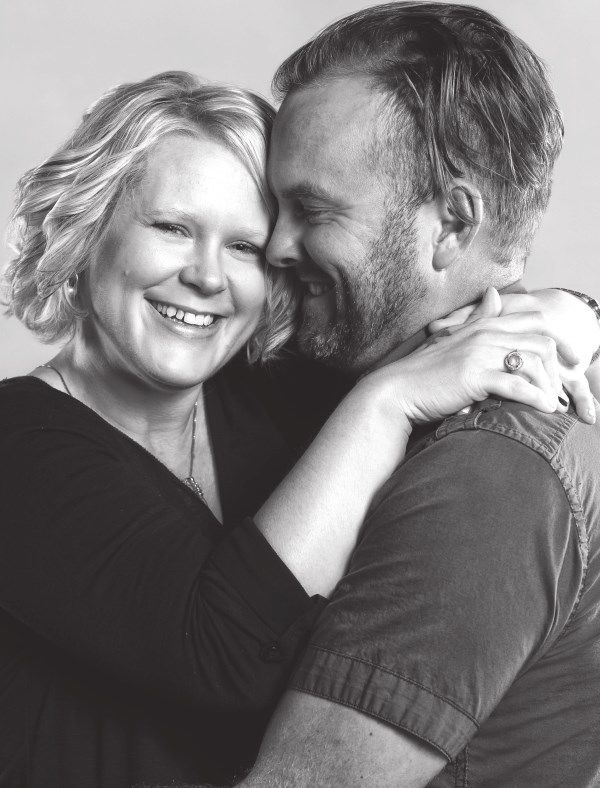 “We did not want a big wedding. We believed that this day was between her and (me), so we did not need lots of people,” Matt said. “We have each other, so what more would you ask for?”

Both were originally planning to host a small ceremony between the two of them and a few close family members.

While searching online for marriage licenses two years ago, they stumbled across an advertisement for a mass wedding to be held at the Bartow Courthouse the very next week on Valentine’s Day.

Such an expedient ceremony sounded just about right for the couple, so they signed up for their chance to attend.

One week later, they gathered with dozens of other couples outside the courthouse along with a few close family and friends.

The two of them exchanged vows, signed their wedding certificate, enjoyed some cake at the reception following the ceremony, and celebrated afterward with a family dinner at Sonny’s Barbecue just across the street.

Despite being one out of countless other couples that day, Matt and Virginia still felt as though their ceremony, as untraditional as it could be, was still an intimate moment between the two of them.

“It was strangely intimate,” Virginia said. “Even though there were a lot of people watching and getting married, it felt like it was him and me talking to each other.”

For the past three years, the Polk County Courthouse in Bartow has facilitated a mass wedding every Valentines’ Day as to provide a quick and easy way for couples to say, “I do!”

“Typically, we see an influx of couples requesting to get married on Valentine’s day, so I figured, why not hold a group ceremony on the most romantic day of the year?” explained Hayley Howe, Business Development Coordinator for the Clerk of the Circuit Court.

Such a romantic event during the most romantic holiday has proven quite popular with the community, and has grown in popularity since it first started.

Not only is the event beloved by the community and its sponsors, but also by the City Clerk staff, whom consider it a bright diversion from the otherwise regular routine of the courthouse.

“Our office handles a lot of business that isn’t very cheerful,” Howe elucidated. “It’s no secret that most people aren’t exactly thrilled to come pay a traffic ticket, go to court, or show up for jury duty. Holding this ceremony every year is a way to bring some joy and magic to the courthouse with a full blown wedding.”

The courthouse offers a formal yet scenic setting for the festivities, while many sponsors within the community contribute in their own way, including having the Harrison School of the Arts provide musical accompaniment for the ceremony and reception.

Overall, aside from being a festive event, the mass wedding also allows couples to exchange vows and become officially married without the hassle or stress of wedding preparation.

For Matt and Virginia, their wedding proved to be just as spontaneous as their own first date back in 2011.

Originally, Matt was not searching for a soul mate to date, but rather, a companion he could enjoy a night on the town with in Lakeland, as his other friends all live in Tampa.

“I hated driving to Tampa, so I wanted to find someone in Polk County that was near me so I didn’t have to drive far to meet with somebody,” Matt explained.

Virginia answered his friend request, they went to dinner and a movie, and the two have remained inseparable ever since.

“He came over a few days after the dinner and movie, and he just never left,” she said.

Both of them had qualities that drew each other to one another, with Virginia loving Matt’s overall laid-back attitude, and Matt loving Virginia’s kind-hearted nature. “I’m a really high-strung, stressed out type of person, and Matt is very laid back and he helps me to take time to enjoy things as well instead of being so high strung,” Virginia said.

Two years after their first date, the two were vacationing in Tennessee when Matt proposed to Virginia out of the blue.

In fact, so spontaneous was the proposal that Matt didn’t even have a ring.

He had ordered a ring, but it was sent to his home in Lakeland. He re-routed the delivery to have it shipped to where they were staying in Tennessee, and he proposed with it then and there.

What Matt and Virginia loved most was being able to enjoy an expedient, affordable wedding without having the overall experience feel “cheap.”

“It did not have the cheese factor of going to an Elvis wedding or drive-through wedding, (but rather) it feels like a real wedding,” Matt said.

The best part for them was being able to exchange their vows and become officially married without having to put in all of the hard work of actually planning a wedding ceremony.

All of the planning and preparation had been done for them. All they and everyone else had to do was show up dressed up for the occasion.

“We did not have to do much,” Virginia said. “We got the marriage license, and we showed up.”

Rather than invite every single member of their family, they merely had their closest family and friends attend, and they, in turn, were OK with the unconventional wedding.

Two years later, and the two have only grown closer to each other, learning to respect each other and learning from one another as to better their overall relationship.

For them, they did not require a big fancy ceremony to prove their love for one another. All they needed was love.

Being among countless other couples who felt the same way did nothing to diminish the importance of their special day. If anything, it helped accentuate it.

Couples and their guests will be treated to a reception with light refreshments provided by local sponsors in the 1926 courtroom.

The ceremony is limited to 30 couples, and registration is first come, first serve. Couples may register when applying for a marriage license by visiting any of the three Clerk’s office locations — the Bartow Courthouse, or the Lakeland or Winter Haven branches — and requesting to get married at the Valentine’s Day ceremony. All couples must have a marriage license by Friday, Feb. 10, in order to participate in the Valentine’s Day wedding.

Couples must both be present to apply for their license, and both must have a valid form of photo ID. Couples must also make sure they know their Social Security number. The Clerk is waiving the $30 ceremony fee; however standard marriage license fees do apply. For information, call the Official Records department at 863-534-4516.