Skip to main content
You have permission to edit this article.
Edit
Home
Best of HAVEN
Best of LKLD
Top 10 to Do in Polk
Top 10 to Do in Lakeland
Local News
Arts
Food & Drink
Profiles
Cover Story
Travel
Events
1 of 5 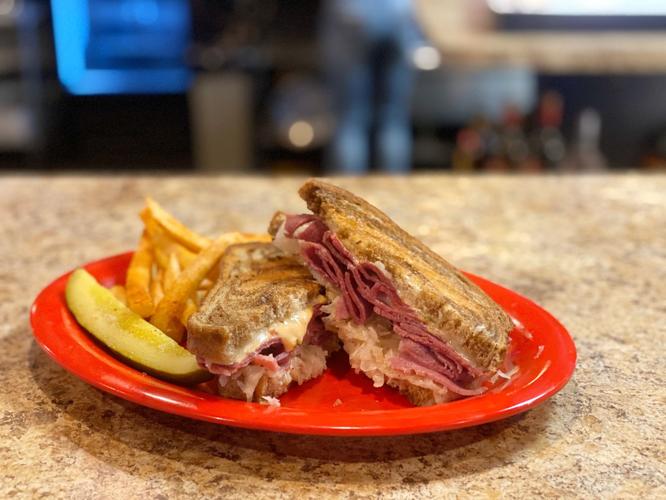 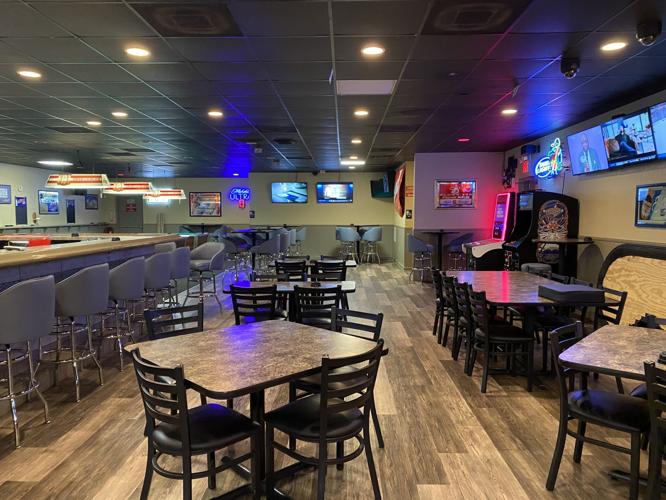 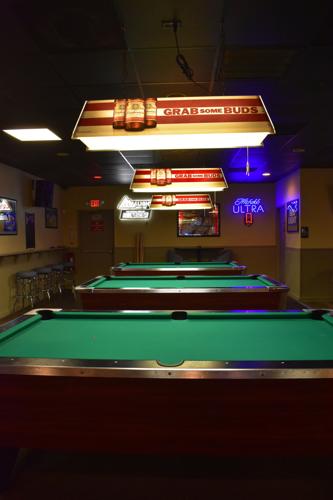 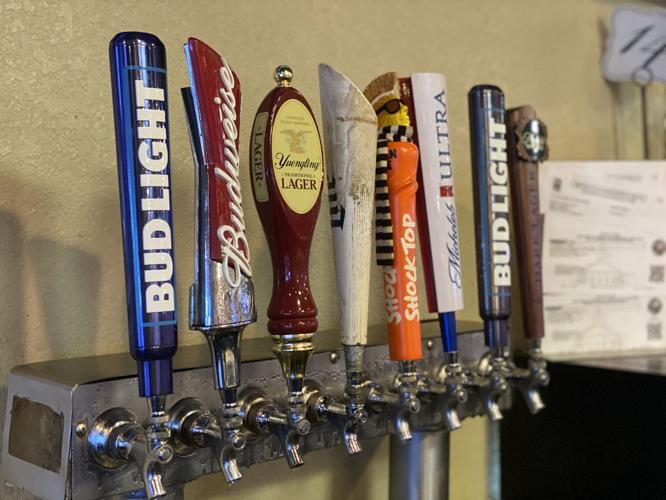 It’s been called the “Cheers” of Winter Haven where “everybody knows everybody,” according to owner Tim Leopard. It’s a good-time, classic bar off Recker Highway with neon beer signage, pool tables, darts, and some damn good pub food – it’s Apple Lounge.

The original building was constructed in 1976 as the Liquor Mart. It was purchased by Ted Shackelford in 1982. Ted was such a fixture of the bar that even now the logo reads “Apple Lounge & Grill Established by Ted 1982”.  Ted worked at the Liquor Mart in the 70s and early 80s. When he bought the business in 1982, he changed the name from Liquor Mart to Apple Lounge. Why Apple? Was it a nickname or a nod to a favorite cocktail? None of the above, actually. This was pre-Google, pre-Yelp, during the days of Yellow Pages. Whenever someone thumbed the Yellow Pages looking for a nightclub or bar in Winter Haven, Ted wanted Apple to be first.

Ted “got out of the business” in 1990 and sold Apple according to Leopard. He came back to manage the lounge in 1993 when it was purchased by Greg Gay who now owns Old Man Frank’s and Tanners Lakeside Restaurant & Bar. Current owner, Tim Leopard, purchased Apple Lounge in 2005.

In 2007, only two years after Leopard took ownership, the lounge had a devastating fire. Flames ravaged the building. “At the moment, it was the absolute worst thing. I thought, ‘How are we ever going to recover from this?’” remembers Leopard. The lounge closed for seven months to rebuild, opening again during the last week of 2007. “We took it down to the block walls and wood trusses. Everything else was basically brand new,” said Leopard. “We called ourselves ‘the newest old bar around.’”

What, at the time, seemed like a potentially breaking moment in the bar’s history, actually allowed them to rebuild and upgrade – something they continue to do. “We want to have the cleanest, nicest bar around. We want to maintain our quality of service, our product, our environment – everything from top to bottom,” he said.

In honor of Ted Shackelford, who has since passed, Leopard intends to have a plaque made, dedicating the building to the former owner. Somewhere on the plaque it will read, “Ted was, is, and always will be the Apple,” said Leopard.

“I’m just running with somebody else’s torch,” he added. “He’s the one that got the ball rolling.”

You had me at ‘Reuben’ and kept me at ‘Nacho Bar’

We talked with Apple Lounge & Grill General Manager, Melinda Ross about the food offerings at the pub. The lounge’s modest menu was expanded with the help of retired chef, Jerry Slack. Together, he and Ellen Lewis who has been the backbone of the kitchen at the lounge for 13 years worked up a new and improved menu that keeps the kitchen busy with a loyal lunch crowd.

The menu boasts a satisfying variety of pub fare from cheese curds and potato skins to sloppy nachos, wings, burgers, salads and the like. Their best sellers according to the GM are their burgers and wings. Her Apple go-to is the Mango Wango wings. Owner Tim Leopard joked, “My favorite is the chicken wings, but due to my doctor’s finger-wagging, I think my favorite is the chicken quesadilla.”

That’s what we came for, in fact – in honor of St. Patty’s Day. We’ve been told time and time again “You have to try the Rueben at Apple!” (First and most emphatically by Nando and Sally Del Castillo during a Putt Putt Pub a few years ago.)  The Rueben is offered exclusively through March except for making the occasional appearance on their special menu. The sandwich is constructed on marbled rye bread delivered fresh from a bakery in Tampa. High-quality corned beef is hand shaved and topped with house-made thousand island dressing along with sauerkraut and swiss cheese. It is served hot on the nicely toasted rye for every bit of crunchy, meaty, tangy, melty flavor you could want, accompanied by seasoned fries and a pickle.

If you ask Ellen Lewis what makes their Rueben special, she’ll tell you it’s love, plain and simple. “She has a lot of pride in what she puts out,” said Ross of Lewis. “Her heart is here, and she cares about what she’s putting out.”

“Our quality is first and foremost. I think that’s what makes the sandwich,” Lewis added.

In honor of St. Patrick’s Day, you can get this bad boy throughout the entire month of March.  In addition to their fixed menu and Monday/ Thursday specials, Apple hosts Taco Tuesday including acoustic open mic from 7 pm – 10 pm, and live entertainment on Fridays.

If you didn’t know, we’ll let you in a little secret. It involves a nacho bar… Apple caters.  Company lunch, corporate event, wedding, whatever the occasion, Apple can cater your event serving up their award-winning wings or an assortment of other options that aren’t on their regular menu like chicken and yellow rice, shepherd’s pie, even a taco bar, pasta bar, chicken sandwich bar, baked potato bar, or nacho bar. Those might be the best kind of bars. That’s the kind of bar you’ll catch me at. Admit it, if someone whispered, “Meet me at the taco bar,” it’s a little romantic.

Complementing its good-time, neighborhood bar atmosphere and stellar grub, Apple Lounge has been known to help those in need. For the last four years, Leopard, Ross and the Apple team have hosted a Christmas food distribution event.

The idea started as a way to give in-need families hot, holiday meals. After talking to Grant Piche’, owner of Catering Oasis and “the passion behind” Winter Haven’s branch of Restaurants Against Hunger according to Leopard, the concept shifted. Piche’ told Leopard that much of the need is for families who have the ability to cook, but perhaps not the means to buy the food. Instead of feeding them one meal, Piche’ suggested he could feed them for a week if they provided them with the items to cook.

Apple reached out for donations and partnership opportunities with food banks and bulk suppliers. The first year, they averaged 20-25 pounds of food per box and served 300 boxes filled with a protein of some kind, drinks, vegetables, and other goods. The Saturday before Christmas, families drive up and have a box loaded into their cars or volunteers deliver to those without transportation. With a loyal and charitable customer base, Apple is never in a shortage of volunteers. Last year, Leopard said twice as many volunteers as were needed, turned up to lend a hand.

“We try to put it out there for people who don’t necessarily have the money to go out and spend that extra for a Christmas dinner,” said Ross. “Tim, he just has that kind of heart.”  Leopard noted the tremendous help they’ve received from Farmer Jack’s Produce, Restaurants Against Hunger, Coca-Cola, and Phoenix Industries.

According to Ross, they have also recently partnered with the Angel Care Center in Eloise on a Christmas drive. “We had the privilege of going there this last Christmas on the day that they got to go in and pick one toy for one of their kids,” she said.

Teachers have been another focus in Apple’s community outreach efforts. “We understand that police, first responders, school teachers, they’re the backbone of our community. Everybody knows they are under-recognized, certainly underpaid, and overworked,” said the Apple Lounge owner. In response to the need of local teachers, they challenge their customers to donate school supplies and gift cards at the beginning of the school year, which Apple Lounge then matches.

“Our customer base, the folks that take care of us, they are always willing to take care of the community. They always jump in and are happy to be a part of it,” said Leopard.

It’s About the People

Lunchtime and late-night patrons alike would agree the Apple Lounge has been a fixture in Winter Haven for decades. What makes it such a beloved spot? Leopard was a bartender at Apple from 1997 through ’99. Now the owner, he said, “I can walk in there today and still see many of the same customers that were fixtures there more than 20 years ago.”

“Our oldest customer just passed away last year. He was 92,” said Ross. “You’d see him come in on a daily basis and shoot pool with a young kid. That’s our group – they just mesh together. Our customers are a big part of this. [...] They make it what it is.”

“If you’ve ever gone in and sat any amount of time you see the comradery of the clientele. When somebody walks in all of the heads turn. People refer to it as the “Cheers” of Winter Haven – everybody knows everybody,” said Leopard.