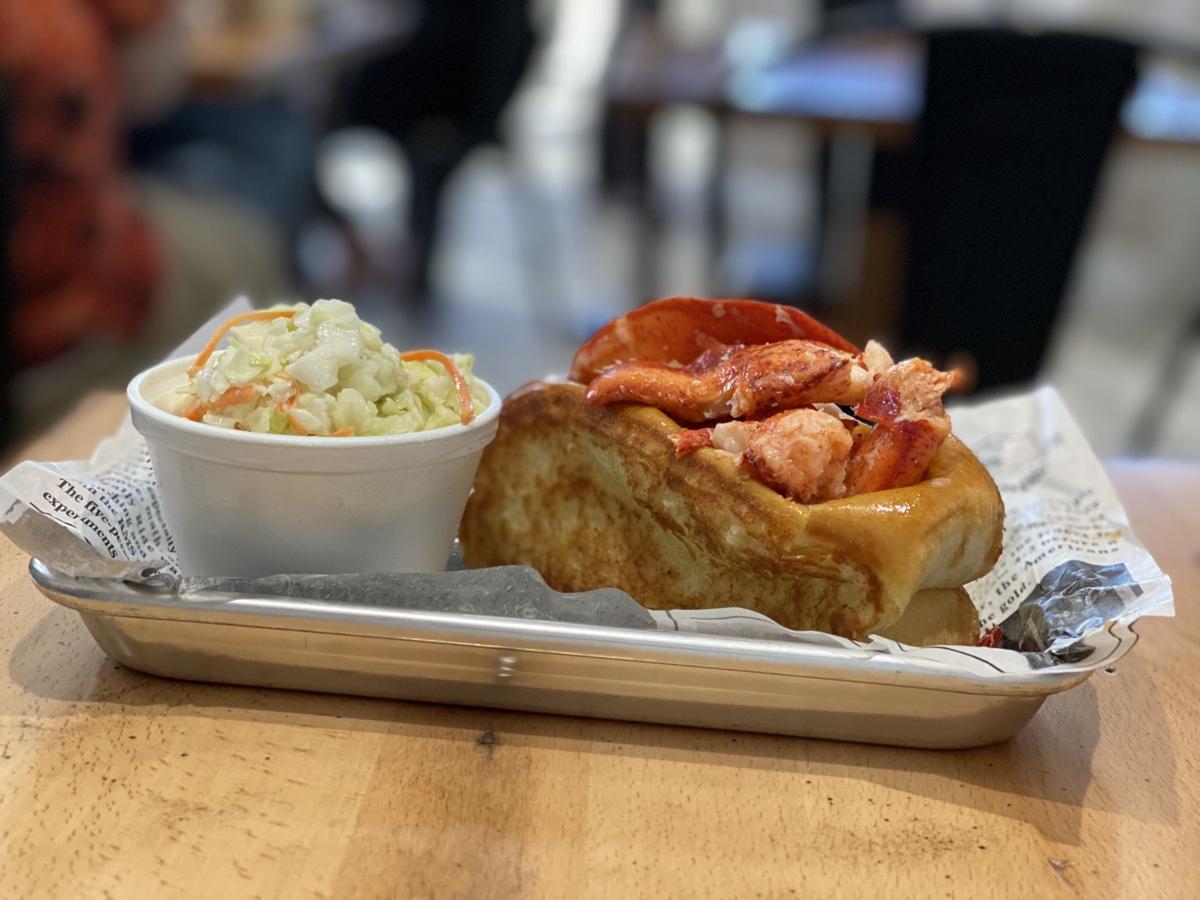 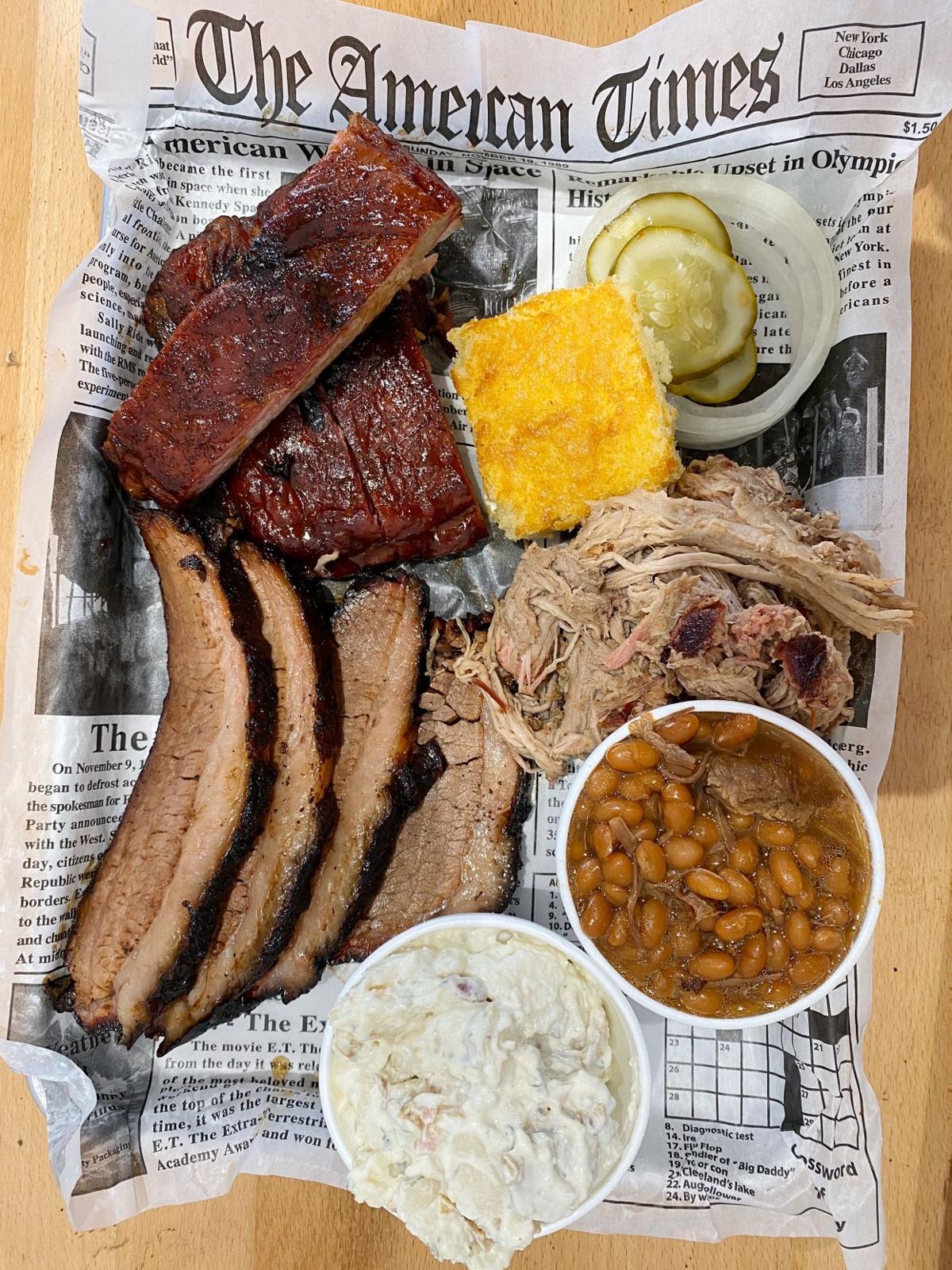 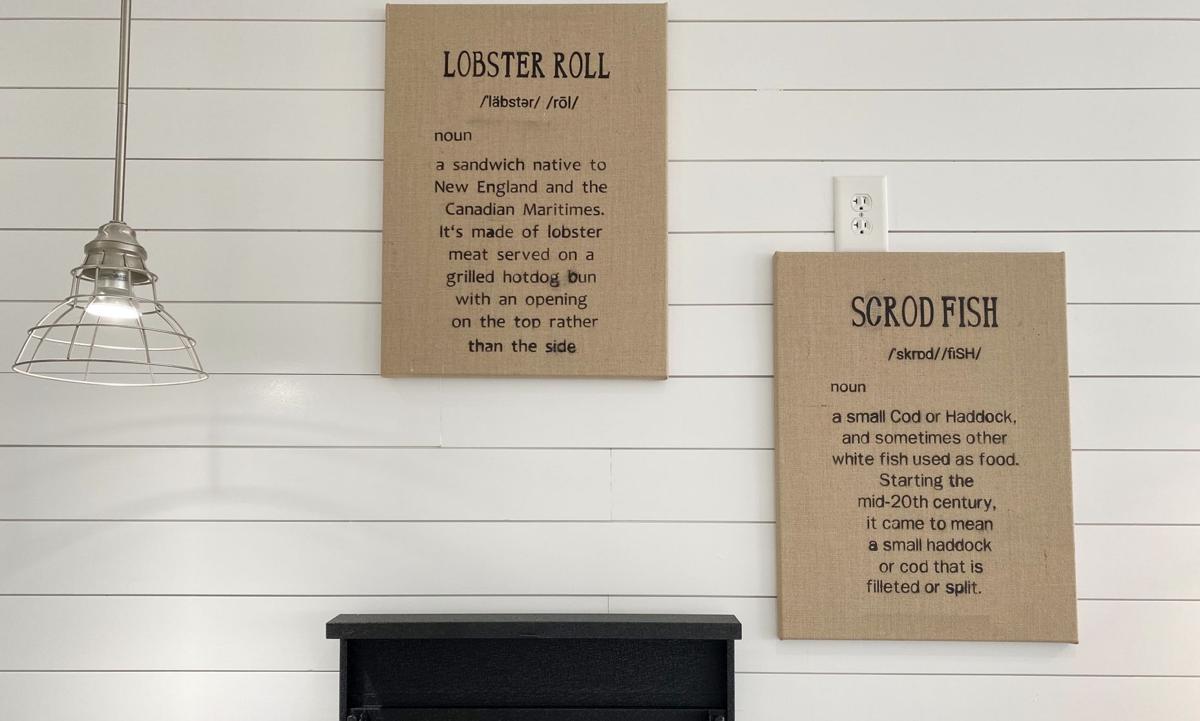 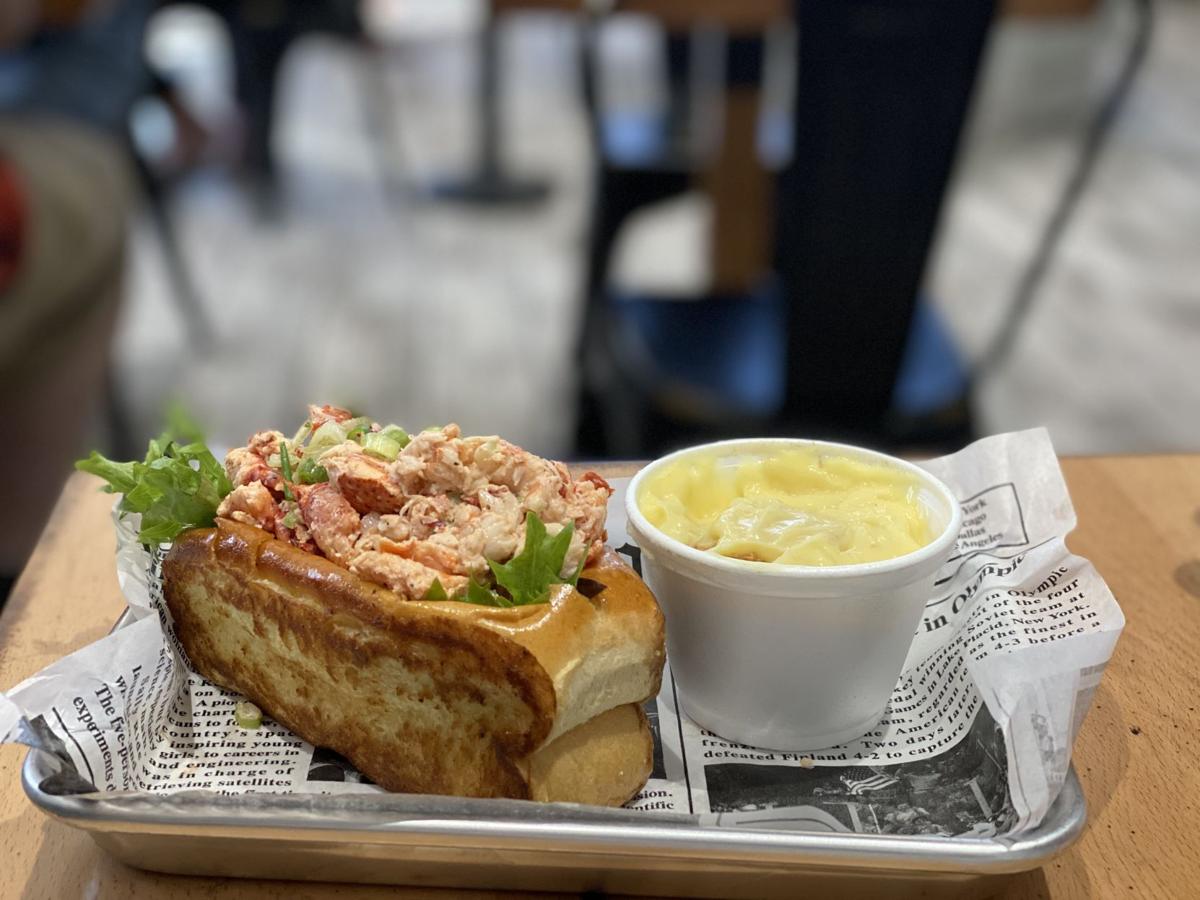 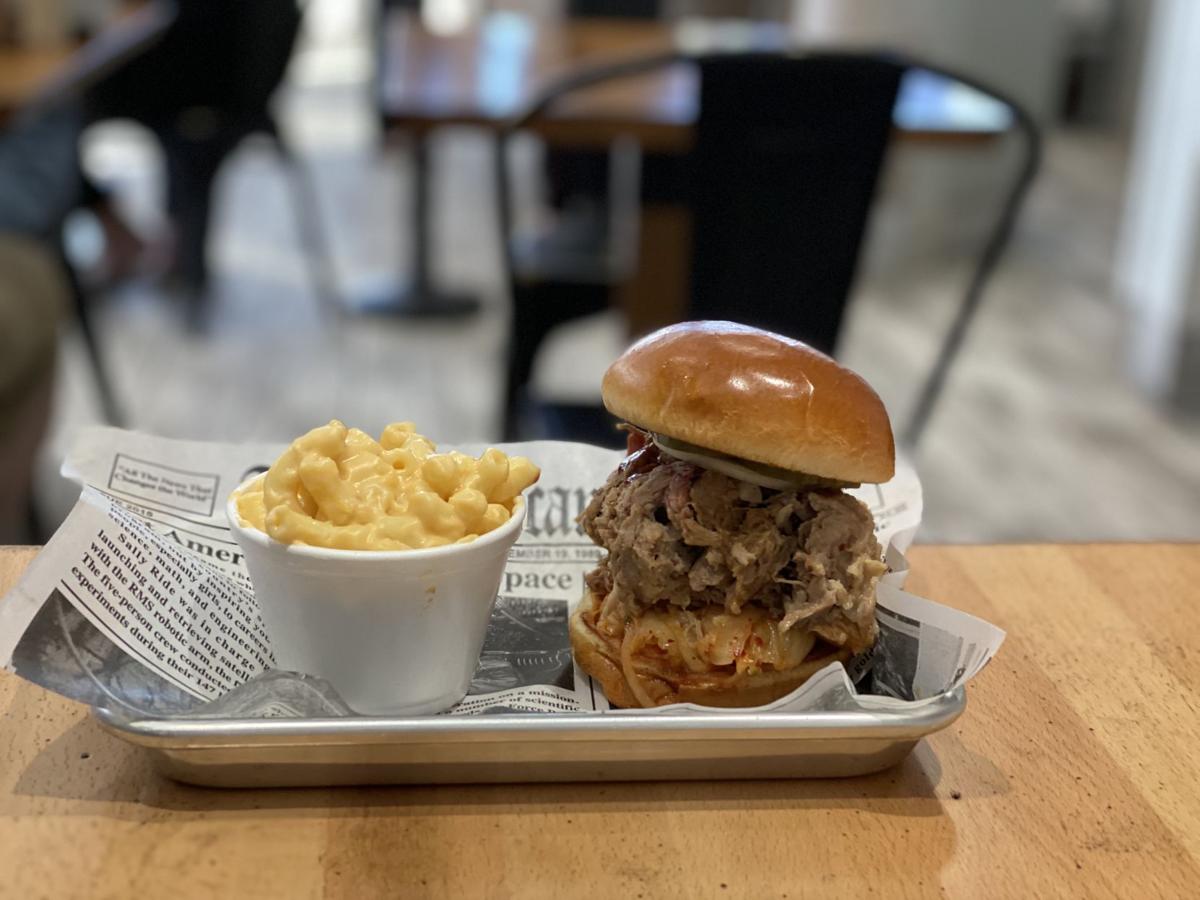 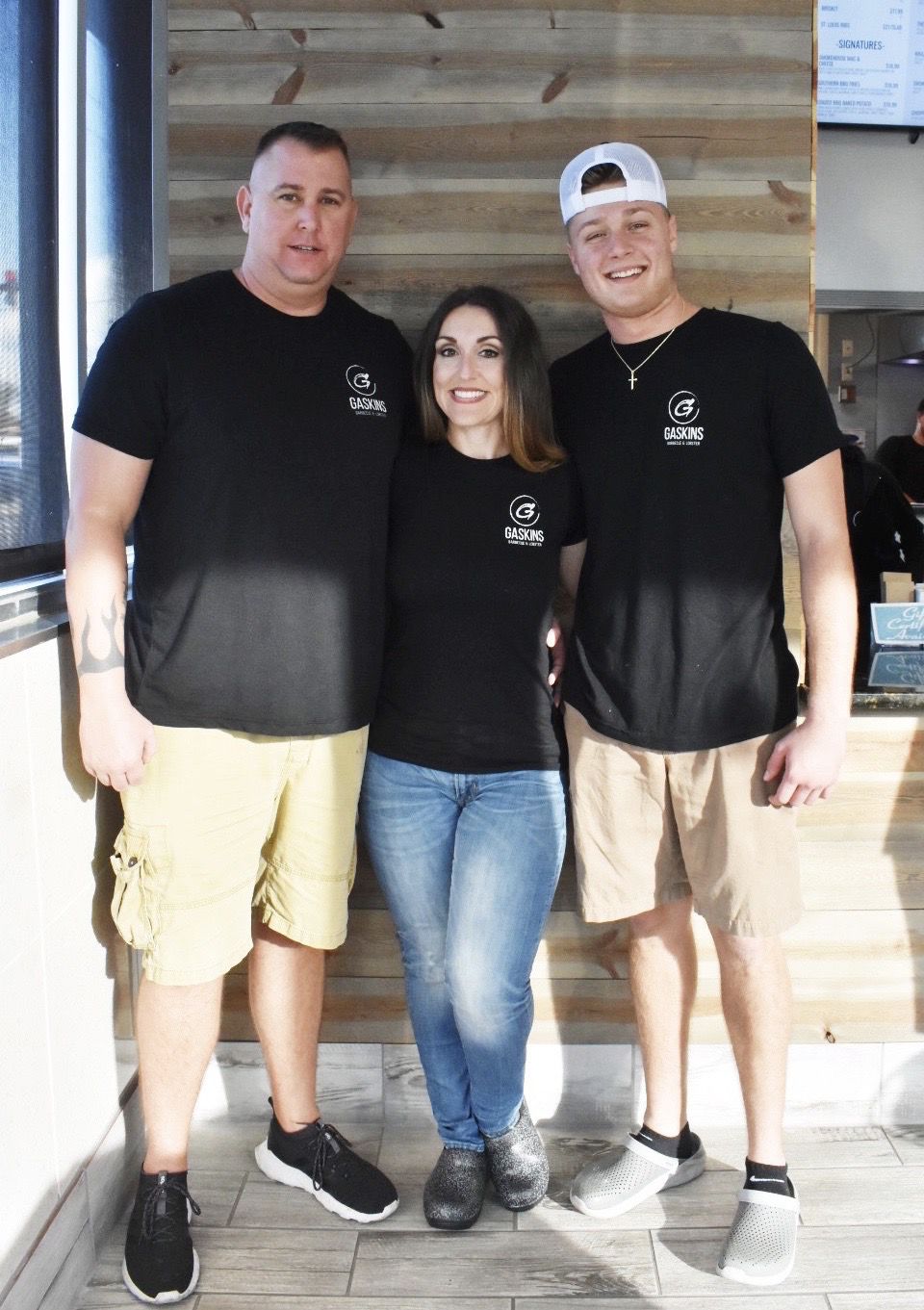 In the village of York Beach, Maine John and Jeané Gaskins operate a unique restaurant serving up two genres of cuisine that don’t often go together. A 28-seat eatery with concrete floors and wooden shiplap walls, Gaskins Barbecue & Lobster is a summer month staple for the town.

John, a Navy veteran served eight years active duty and six years in the Reserves. From 2001 to the end of 2004, he was stationed at Portsmouth Naval Shipyard in Kittery, Maine. The family would often vacation in York Beach and fell in love with the area. When the spot where their restaurant now sits came up for sale, they jumped on the opportunity to own an eatery in the idyllic town.

They sold their restaurants in Florida, one of which was a 400-seat steakhouse and set to work serving up barbecue and lobster. “I’ll never open up another gigantic restaurant,” said John. “Thirty-five, forty-five seats, I can talk to the customers, I can watch the kitchen, I can watch the dining room.” He and Jeané like the personal aspect and quality control of a more intimate restaurant. “People really embraced us up there like they have here,” said John.

They opened Gaskins in York Beach in 2016 as a barbecue restaurant initially – a culinary concept not as readily available in the northeast as it is here. As Maine is renowned for its lobster, the Gaskins’ added a simple, but solid lobster roll to their menu. The space they were in had almost always been a seafood restaurant. Folks would come in and order their former favorite seafood dish without a glance at the menu. To accommodate this long-standing institution, Gaskins introduced a seafood menu including the likes of fried haddock, lobster, and whole belly clams.

On December 4, the Gaskins brought their concept to Winter Haven. The town was in a buzz over the barbecue and lobster concept.

Jeané, a Haines City native and John, from the Cocoa Beach area, love Winter Haven. The family would live up north tending to their York Beach restaurant during the summer and retire to Florida for the remainder of the year. They knew this was the perfect spot to open a year-round Gaskins.

The space is cozy, accented by whitewashed shiplap. Fresh food is served on silver trays lined in newsprint parchment as if you’re having a seafood cookout with your family at home. John said, “We want everyone to feel like they’re at home.” The attentive staff, mostly family – including John and Jeané, their son and daughter, nephew, cousin, and aunt – are some of the same people you’re likely to see if you travel to Maine during the summer to indulge in a Gaskins lobster roll. “It’s not just the same food – you’re going to see the same faces,” said John. Gaskins is the kind of place where they remember your name and after a few times probably even your order. It’s a place centered around community and family, something the owners have intentionally cultivated. “A lot of customers have watched our kids grow up,” said Jeané of their York Beach establishment. “We love that,” said John. “We like to be involved in the community and we like the community to be involved with us.”

The seafood and barbecue concept means there’s a little something for everyone on the menu. Each dish has been thoughtful conceptualized and executed in the fast-casual eatery. Their barbecue is smoked over oak and hickory every day. Their brisket and pulled pork smoke overnight between 14 and 16 hours and their ribs and chicken are smoked every morning.

Gaskins’ brisket is cut-with-a-fork tender with a rich, smoky flavor. If you’re looking for a full-on traditional southern meal for a family, order up their 3 Meat Sampler complete with two of their signature sides. Their ribs have a rich almost candied exterior and won’t put up a fight to slide right off of the bone. Their loaded potato salad is made with a sour cream base and is reminiscent of a delicious loaded baked potato. Even their barbecue beans are noteworthy with a sweet hint of maple. The sampler is served with fresh onions and pickles on the side and a warm, moist piece of cornbread so cakey it could serve as dessert.

If you’re in the market for a handheld – two words – Savage Swine. This beast of a sandwich is piled high with pulled pork, kimchi, fresh pickles, and onions and topped off with their signature Gaskins sweet sauce. It offers all the smoke and succulence you could ask for with their pulled pork accompanied by an acidic crunch of kimchi.

Exceptional products and consistent preparation are made a focus at Gaskins. All of their seafood is wild-caught, all-natural, chemical and sulfate-free. “It’s simple. There’s not much on our menu that has more than two or three ingredients in it,” said John. “If you use fantastic lobster and you use a fantastic bun, you’ll end up with a fantastic product.” And a fantastic product it is – a thick toasted bun cradling a generously heaping portion of choice lobster served with a side of melted butter. Another fresh take on the lobster roll is Gaskins’ lobster salad roll tossed in a light mayo and celery as to not overpower the sweetness of the dish’s featured ingredient.

The family says they are getting customers from all over Central Florida. Customers who’ve dined at Gaskins in York Beach are going out of their way to get it here. “We had a couple the other day that drove three hours,” said John. One gentleman from the northeast stopped by to say that Gaskins has the best fried haddock he’s ever had – a high compliment from a New Englander.

Even at 3 pm on a Wednesday, Gaskins was steadily busy. We asked the couple what they think keeps people coming back. “I think it’s the uniqueness,” said Jeané. The initial intrigue got them in the door and the exceptional food has kept their interest. “Most of all,” said John, “we really delivered on what everybody wanted this to be.”

“It’s not just about serving food,” said John Gaskins. “It’s about creating a whole community and a family.”