You have permission to edit this article.
Edit
Home
Best of HAVEN
Best of LKLD
Top 10 to Do in Polk
Top 10 to Do in Lakeland
Local News
Arts
Food & Drink
Profiles
Cover Story
Travel
Events
1 of 11 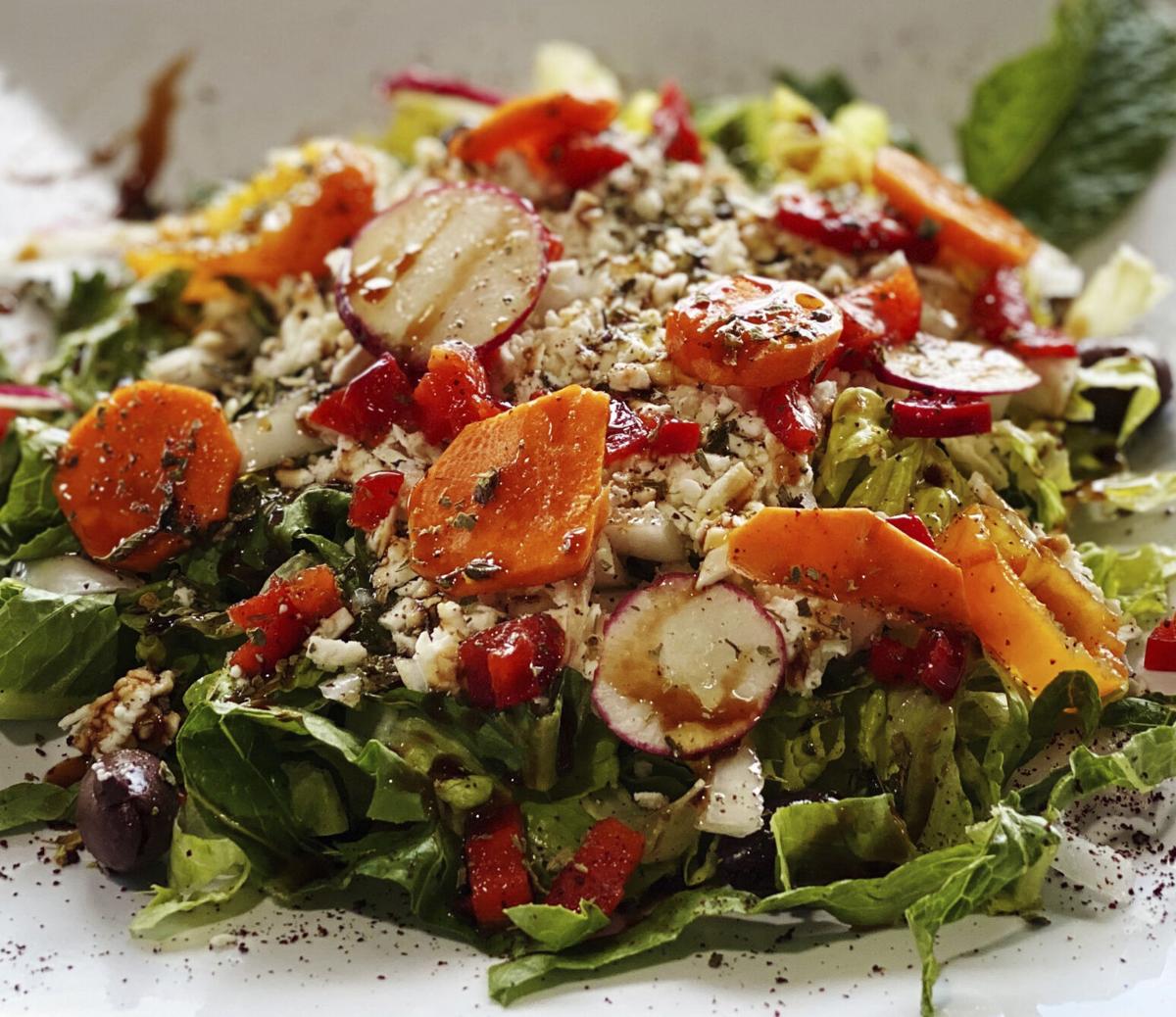 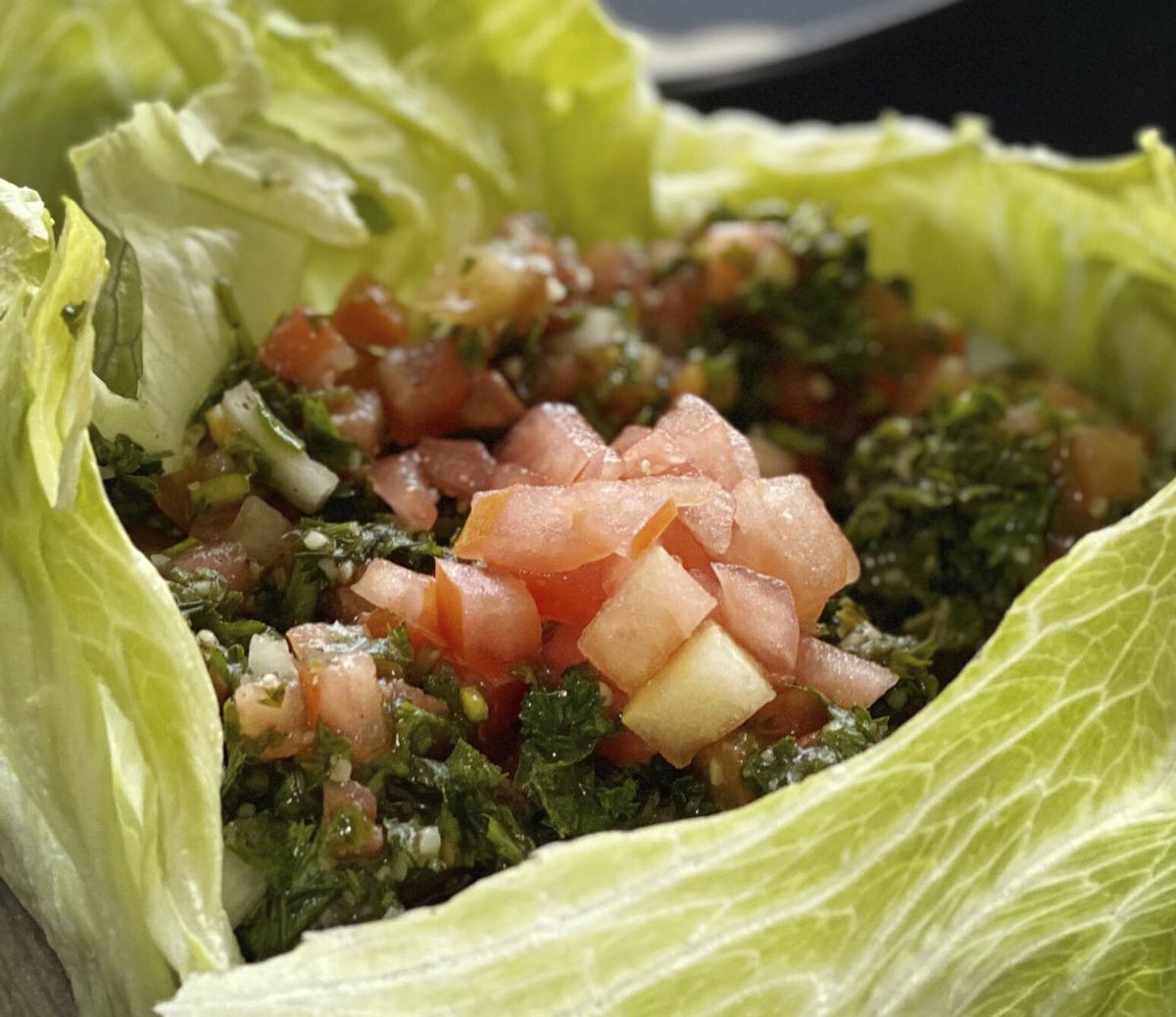 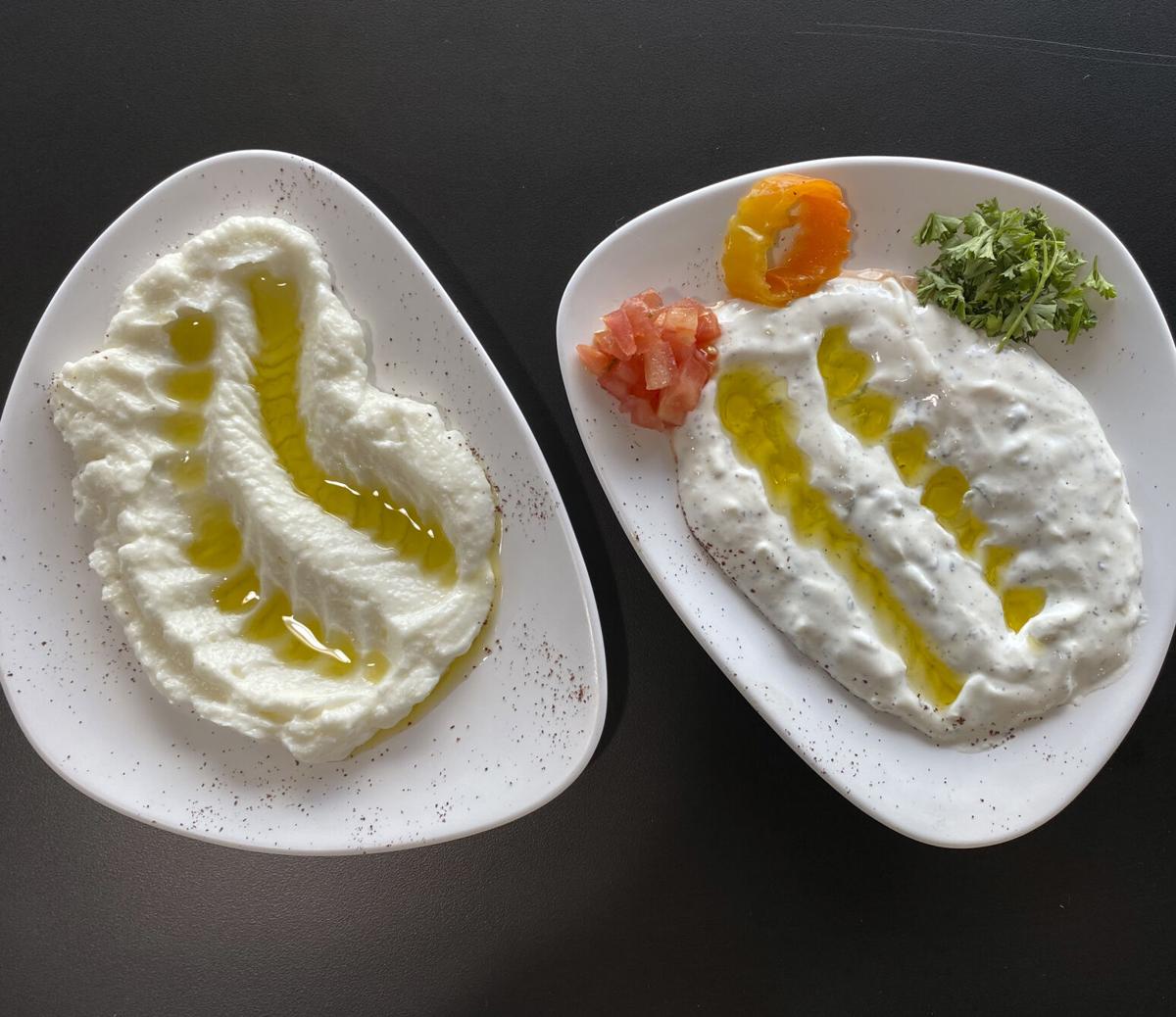 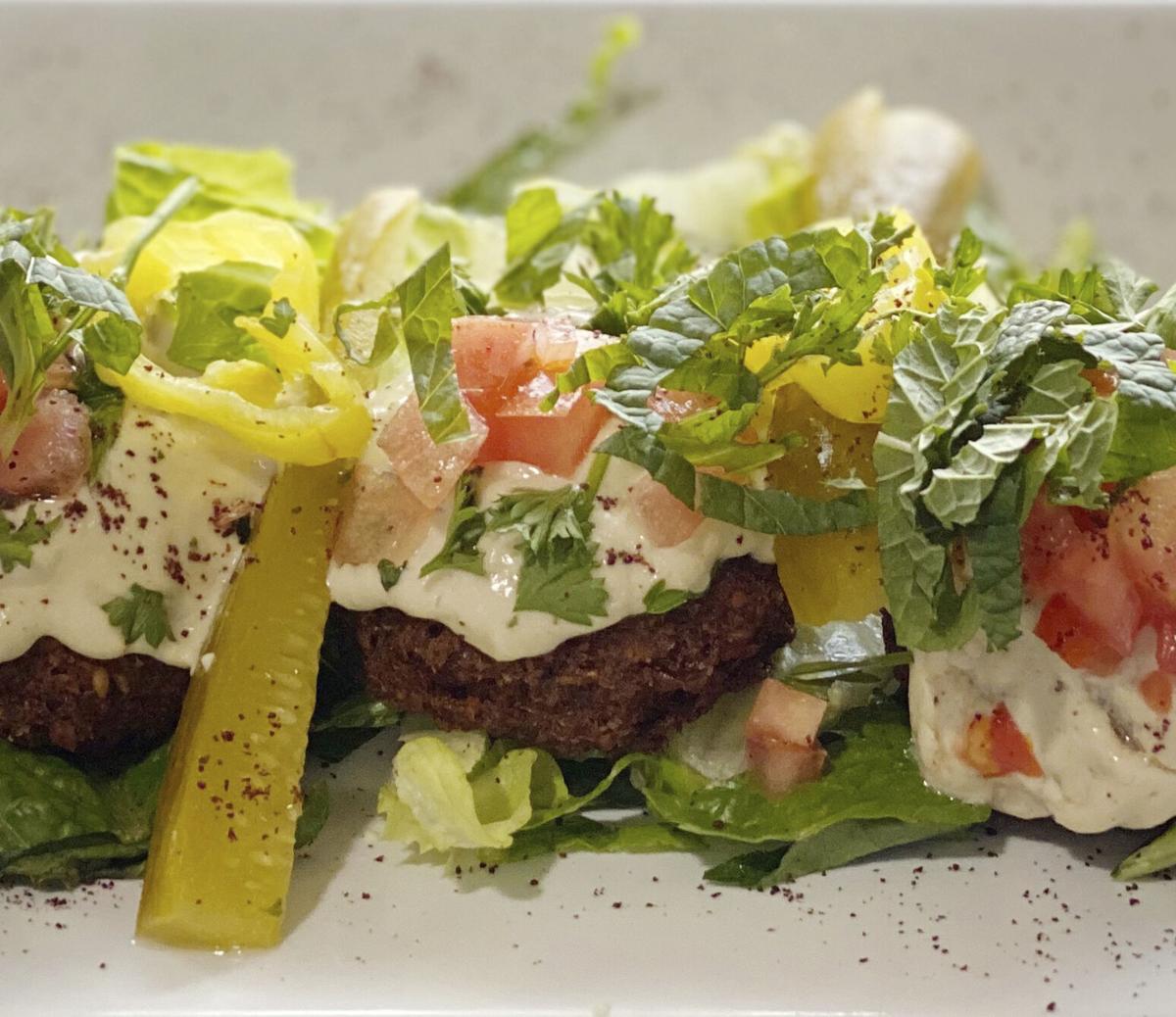 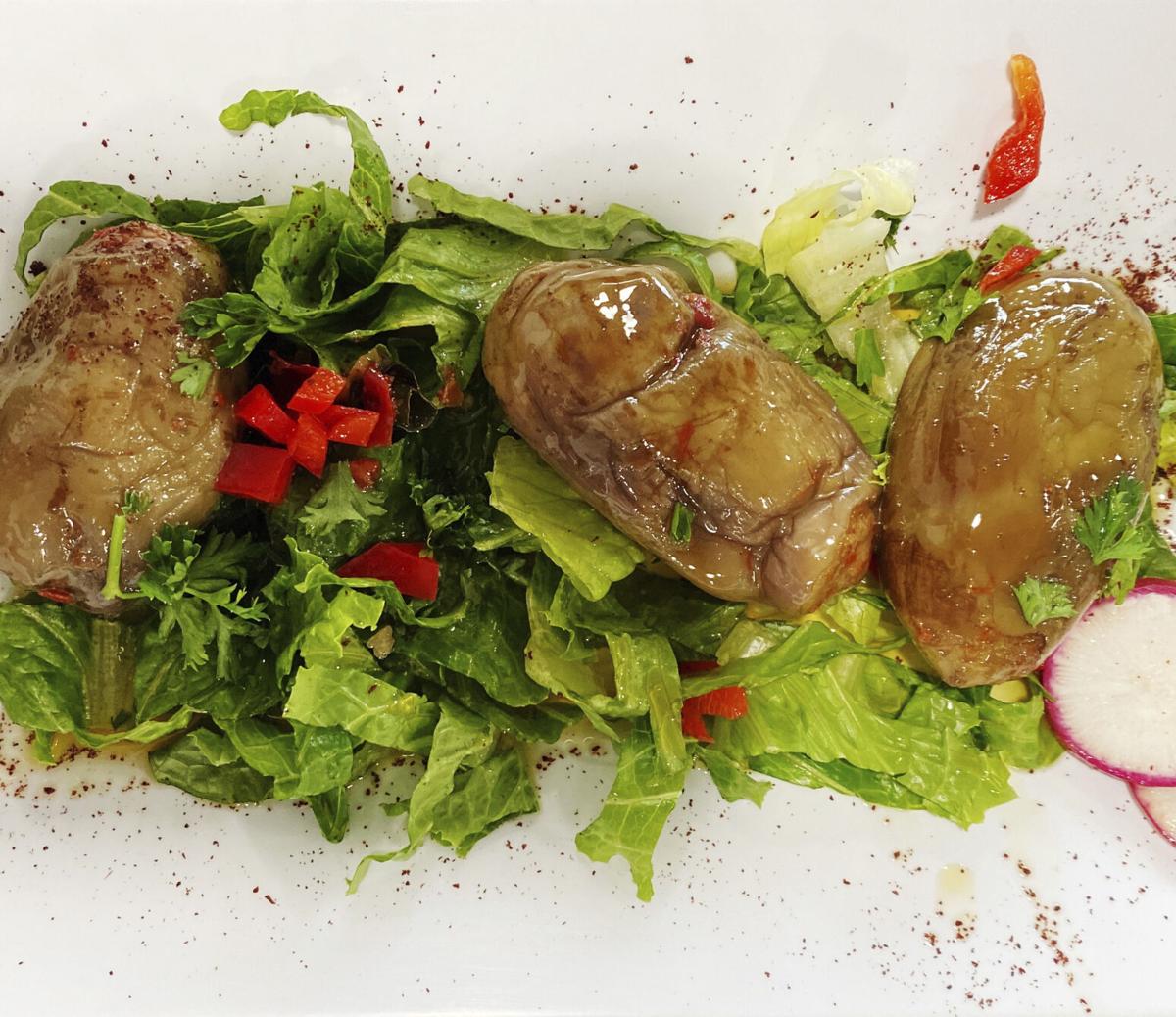 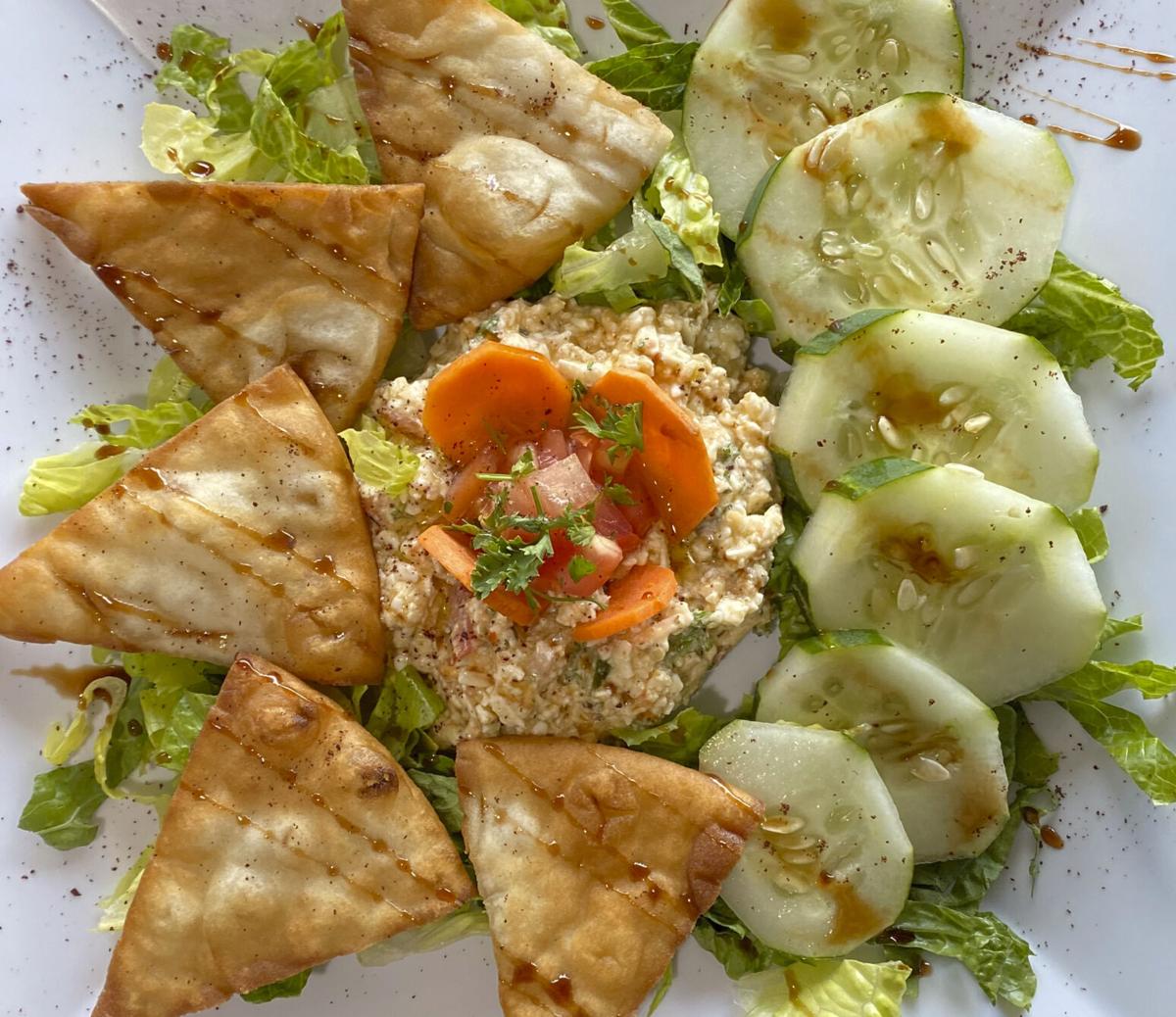 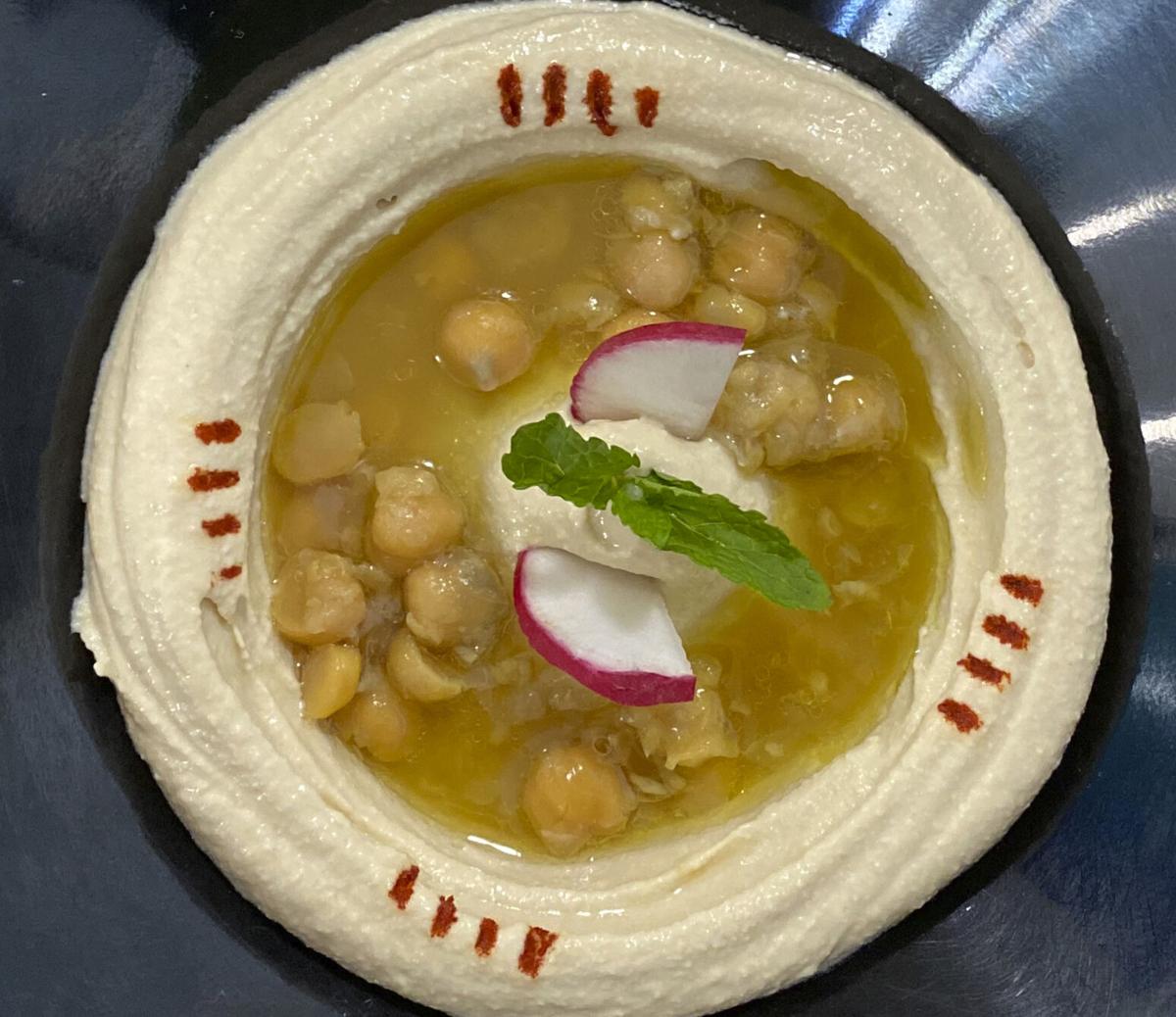 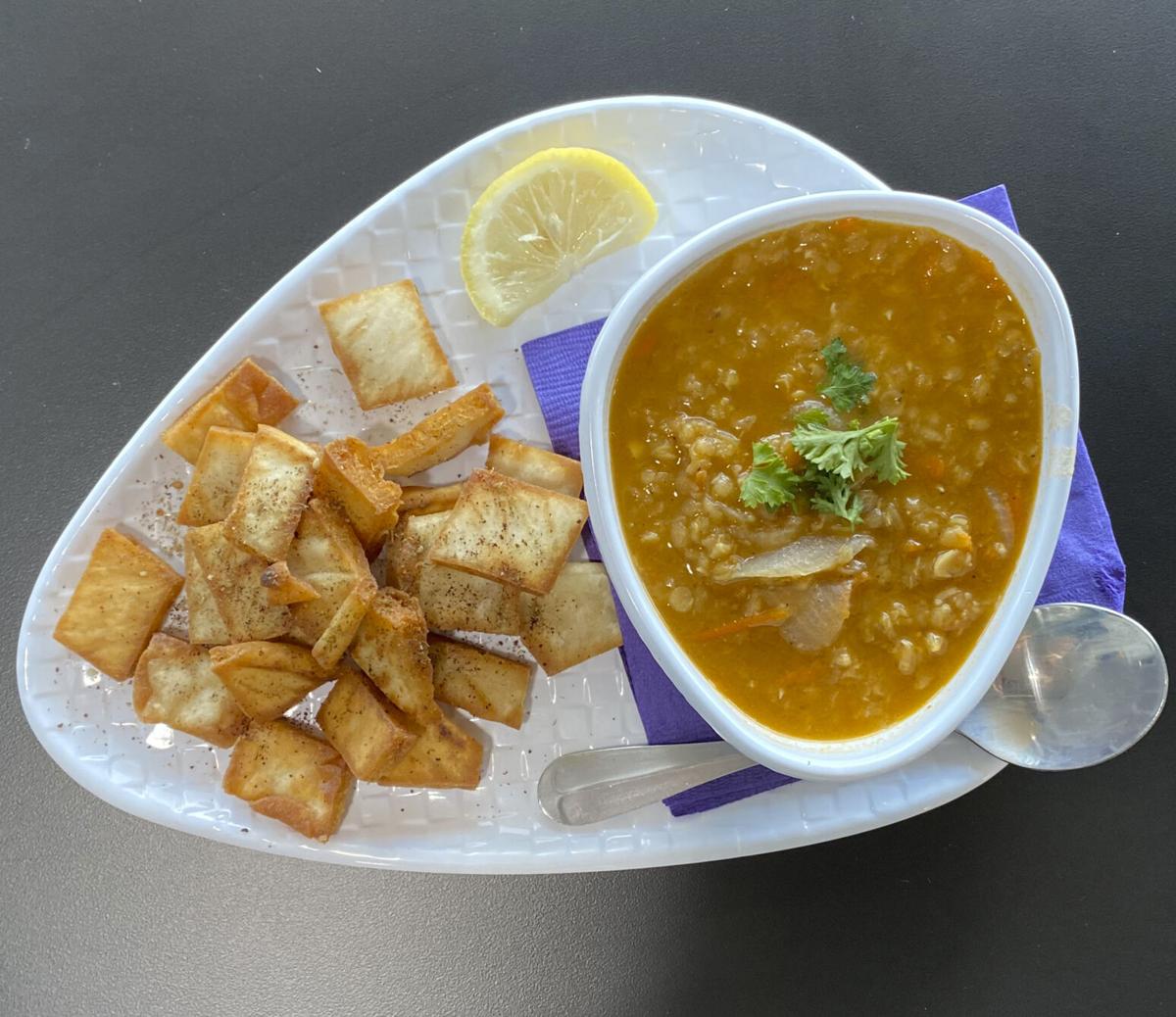 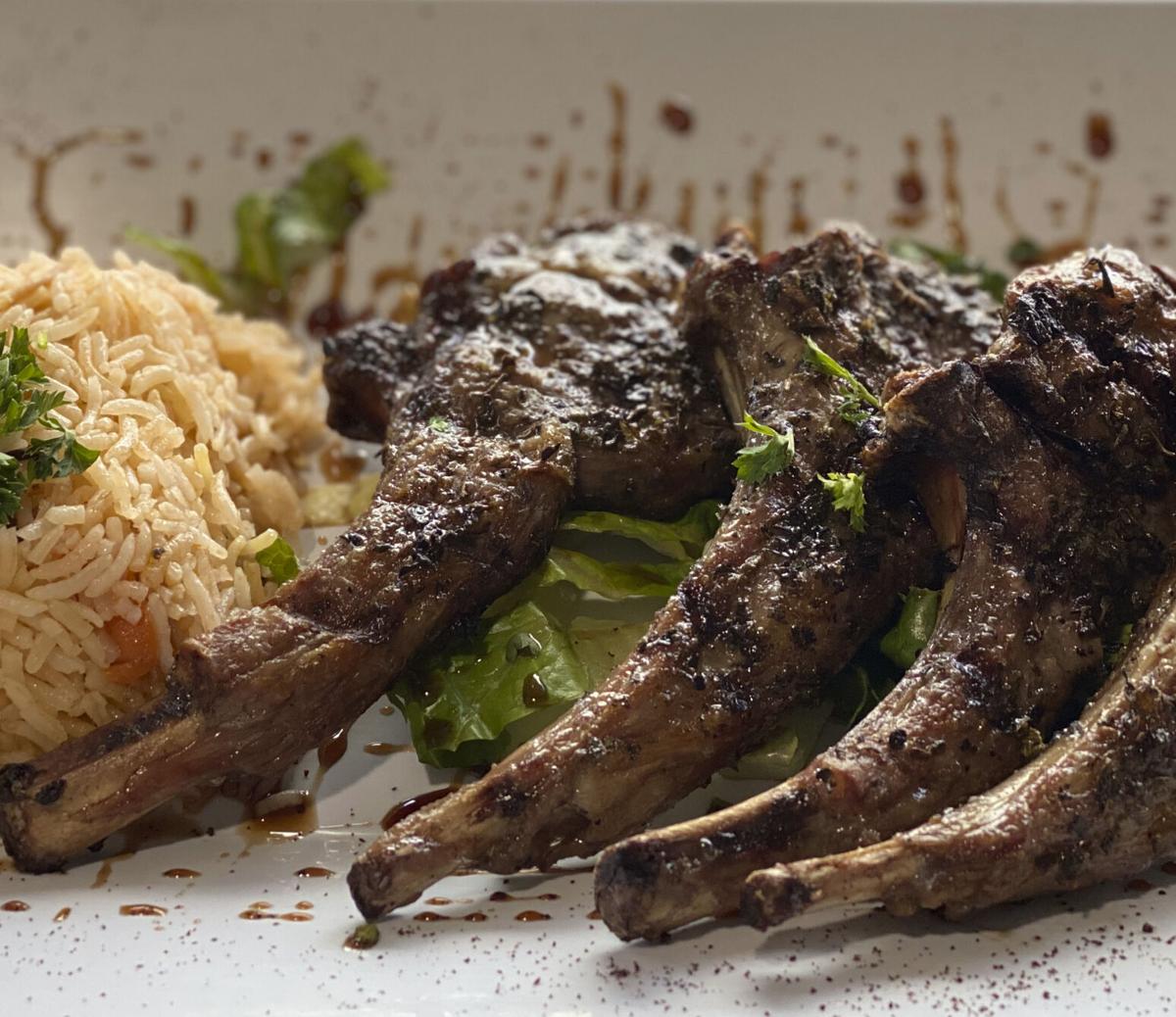 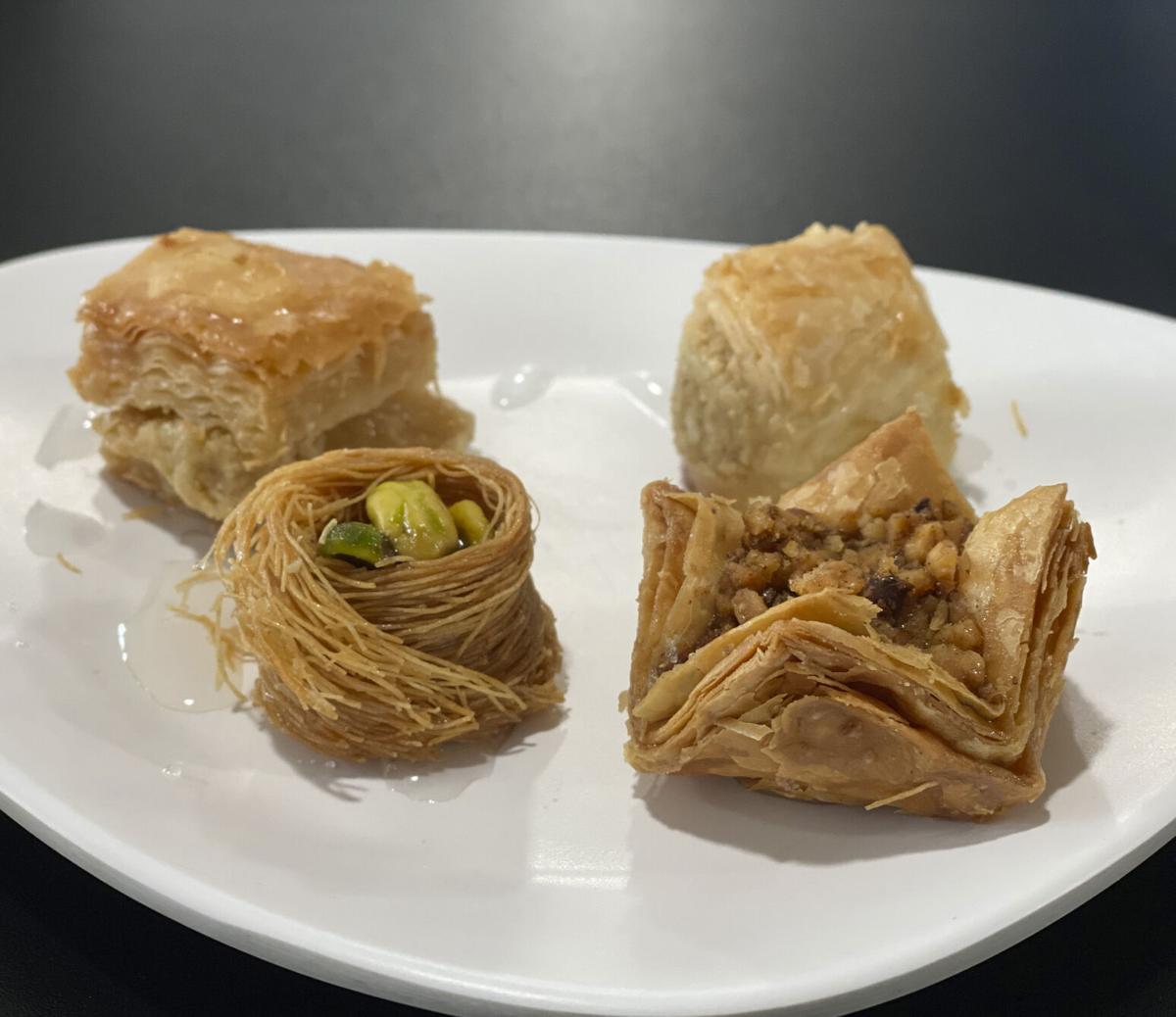 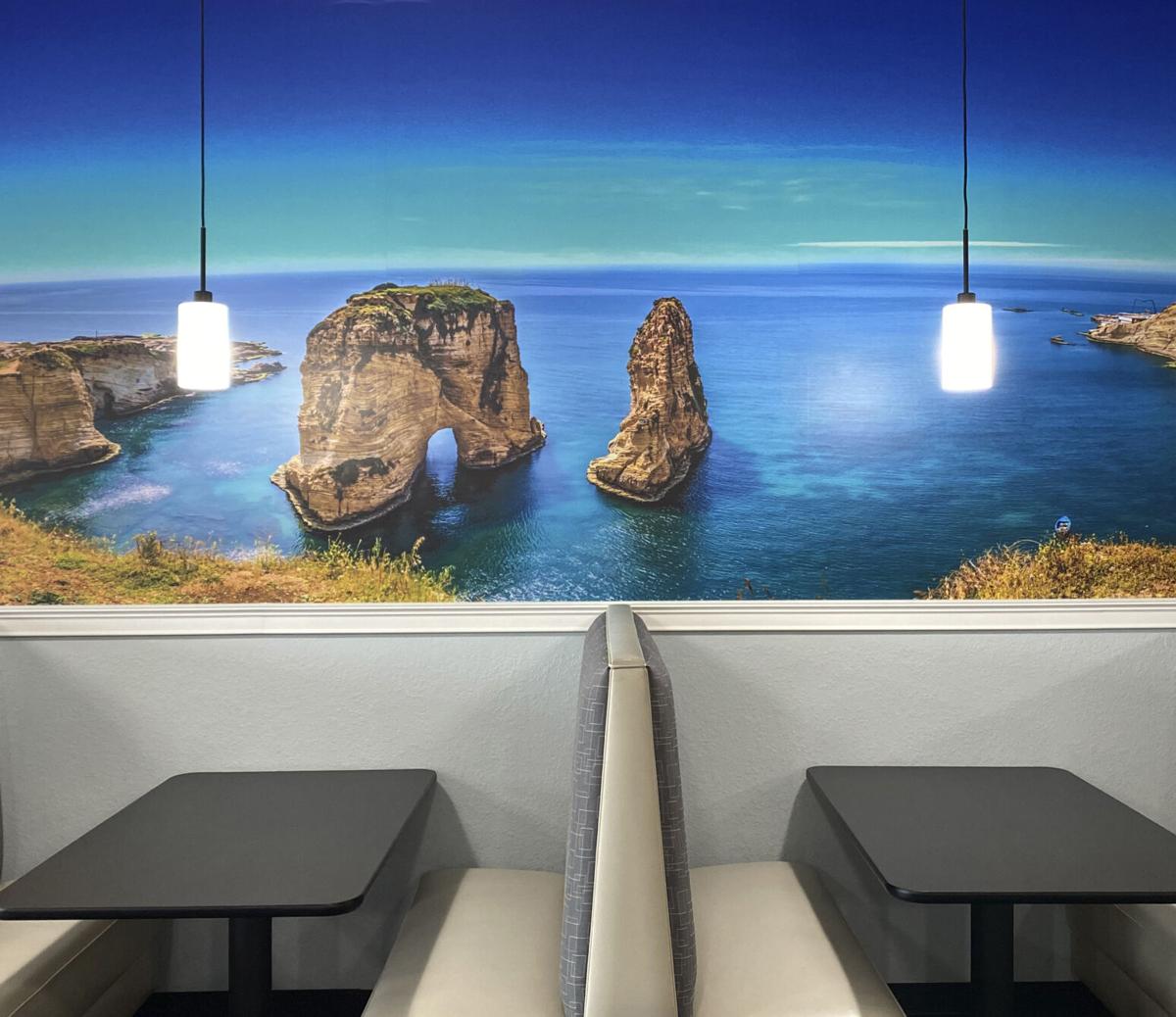 It’s been just over a year since Chef Chadi Mokbel and his wife Cindy opened their quaint Lebanese restaurant in Winter Haven. Over that year, despite the obstacles facing many businesses in the wake of the coronavirus, the Mediterranean Fresh Grill has amassed a loyal foodie following.

Polk County native, Cindy, met Lebanon born Chadi while working at the Hilton on Marco Island. It was her first day and his last. The two hit it off and got married in 2008.

Chef Chadi came from working at the InterContinental Phoenicia in Beirut to the United States on an American Hospitality visa, bringing with him a passion for the culinary arts.

After they got married, the pair owned a Pennsylvania business for a few years before selling it and moving to Anna Maria Island. There, they started and sold several companies and had six years of jobs between opening their restaurant. Chef Chadi was refining his culinary skills at a Mediterranean restaurant in Cocoa Beach, driving 98 miles each way from work. Meanwhile, Cindy worked for State Farm. “They had me in a cube – I’m not a cube person,” she said.

The two began discussing a venture of their own and set a plan into motion. Mediterranean Fresh Grill opened its doors on September 12, 2019. Here, patrons can enjoy the fresh, authentic flavors of Lebanon. The country, which hugs the Mediterranean Sea is relatively small, at just over 4,000 square miles – no larger than the state of Connecticut. Its size is no measure of the huge flavors that come out of this compact country.

The fifth and youngest of his siblings, Chef Chadi spent much of his time at home helping his mother in the kitchen. “In my country, we buy fresh meat from the butcher and then fresh vegetables, and we create something from scratch,” he said. “This is the kind of food I grew up on.”

“He cooks it from memory – there’s nothing written, nothing measured. It’s just what he learned,” said Cindy.

In Lebanon, he said, “Every table usually has black olives and fresh tomato on the table no matter what. Any house you go to – tabbouleh – this is the main stuff on Sunday before they start grilling,” he said. His family would have fresh bread every day that they would either make at home or pick up from the local bakery. These Mediterranean staples of fresh vegetables, meat, bread, and seafood were what the chef grew to love and learn to make. These traditions endure in his Winter Haven eatery. “Everything is made fresh,” Cindy said. “That’s something I think our American culture has lost. We’re in this hurry-up fast-food world.”

To keep up with this level of quality, the chef regularly pulls 15-hour workdays. “My Momma is a blessing for me. She comes to help me every day,” he said of his mother-in-law, Evalene, who comes each morning to help with food prep. The draw of made-to-order, fresh cuisine isn’t the only reason to support this one-of-kind restaurant. The Mediterranean Fresh Grill chef prioritizes using ingredients from local small businesses, including meat and vegetables. He never freezes the meat and carves it all himself.

Even the creamy hummus made with chickpeas, tahini, lemon, olive oil, and garlic, served with pita bread is made in-house. “He makes [the hummus] fresh every day. He soaks the chickpeas overnight, boils them in the morning, grinds them up, and seasons them,” said Cindy.

“Seasoning is really important,” said the chef. He showed off kitchen shelves brimming with a rainbow of herbs and spices. Underscoring the authenticity of his fare, the chef and his wife took a trip to Lebanon, where they went to a place that ground fresh seasonings. They brought these spices back with them to use in their restaurant. “This is, I think, the key to our success – that flavor that nobody could match because they couldn’t find the ingredients to get it done,” he said.

The menu offers lunch and dinner, including shawarma, gyros, beef kafta, soups, kabobs, and more, including a selection of Lebanese, California, and French wine. Guests can find dishes to accommodate most diets, including vegan, vegetarian, low-carb, keto, and gluten-free.

“When we first opened, I wanted this place to be relaxing and calm and a place that people want to sit and feel like you had a Lebanese dining experience without flying out of the country,” said Cindy. The first two months were a bit chaotic. Many nights saw every seat filled with people waiting outside the door, turning the house three or four times a night. “His food is so amazing … it grounded a local repeat customer base.”

They were open six months to the day when they had to close their dining room due to the pandemic. Like many small businesses, the Mokbels worried about how they would sustain with no one able to dine-in. “Through it all – all of those local customers kept coming. […] There were people who would come in and buy a whole week’s worth of food,” said Cindy.

“We’re so blessed to have this many customers,” added Chef Chadi.

Perhaps it is the unparalleled experience they extend to diners that have solidified such a customer base. Cindy trains staff to make the dining experience personal for guests and treat them like family or friends who have come to see them for dinner. “Because we are family,” she said. “We want them to feel like family when they come.” Because of their popularity, Mediterranean Fresh Grill tends to fill up quickly for dinner. Cindy recommends making reservations two to three days in advance.

The establishment boasts a casual motif with personal photos lining the walls from the couple’s trips to Lebanon. Pictures of the Cedars of Lebanon, downtown Beirut, and a fishing village lend to the transportive feeling Cindy envisioned for the restaurant. The real magic, however, is thoughtfully curated on each plate coming out of the kitchen.

As is essential for a proper Mediterranean Fresh Grill experience, I tried the Tabbouleh. The dish was a refreshing and aromatic mix of parsley, tomato, onion, bulgur, and lemon juice. Next was the Garlic Whip. It’s hard to believe such bold flavors come from so few ingredients – simply garlic cloves, oil, and lemon juice. The sauce is light and decadent, delicious when paired with pita or, according to the chef, with any grilled white meat like chicken, shrimp or fish.

The stuffed baby eggplant had a briny flavor married with the earthiness of chopped walnut and olive oil, which contrasted beautifully with fragrant diced garlic and chili. The spicy feta dip had a pleasant heat accompanied by the tang of feta, and the lamb chops cooked masterfully to succulent perfection were a crescendo to the meal.  The meal left me feeling satiated but not stuffed. Nothing was lacking or in excess. The spread was a bounty of bright and bold flavors.

The chef humbly prefers his place in the kitchen, describing himself as a silent creative. An eyeful and a bellyful of his food is a full introduction to Lebanese cuisine and the silent creative behind it. “He’s the heart of it back there,” said Cindy. “He does everything he does with love.”