Skip to main content
You have permission to edit this article.
Edit
Home
Best of HAVEN
Best of LKLD
Top 10 to Do in Polk
Top 10 to Do in Lakeland
Local News
Arts
Food & Drink
Profiles
Cover Story
Travel
Events
1 of 3 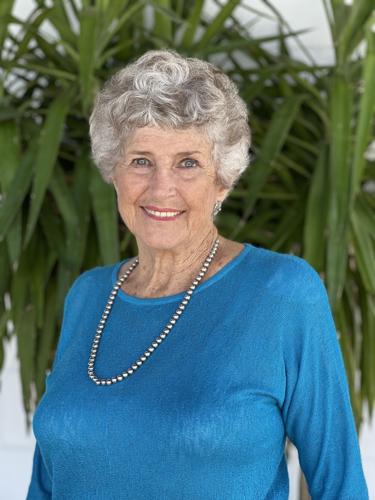 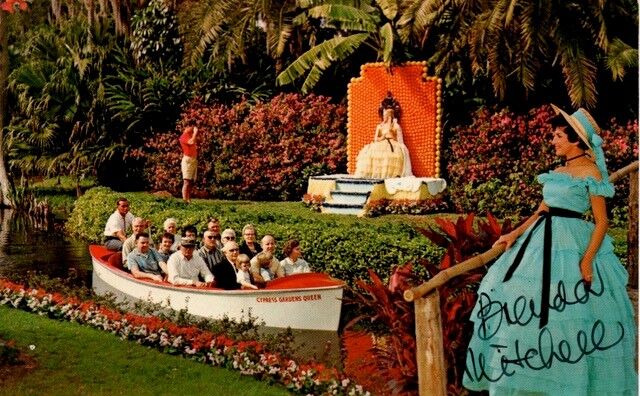 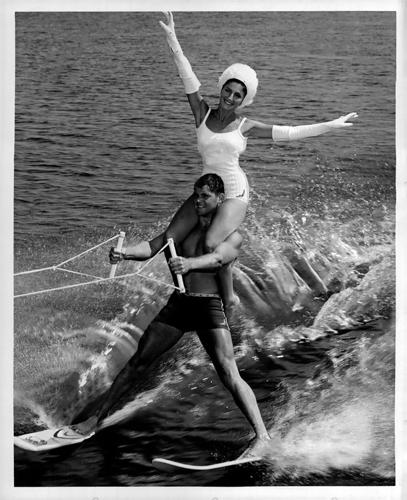 From charming guests as a Southern Belle to awing audiences as an Aquamaid at Cypress Gardens, Brenda Mitchell sat down with Haven to share stories of an iconic time in Central Florida history. Citrus was booming, “Mr. Florida” Dick Pope Sr. was operating a star-studded theme park, and Winter Haven was forging its designation as the Water Ski Capital of the World. Eclipsed only by “Mr. Florida” himself, images of beguiling Southern Belles and Aquamaids arm-in-arm smiling to the camera remain ambassadors of an era – pre-Disney emissaries of entertainment.

Born in England, Brenda Mitchell considers Australia – where she moved as a child – home. She learned to snow ski before hitting the water. In Melbourne, Australia, there was a snow ski resort with a weir at the bottom. She and her friends would often snow ski and water ski on the same day. “We’d have bonfires there. It was fun,” she said.

During a trip from England to Australia, Mitchell traveled to the sun-drenched skiing sanctuary that was Cypress Gardens. She met the park’s founders, Dick and Julie Pope. They asked if they could photograph her and if she would like to work with them at the Gardens in the future. She took a raincheck and returned to Australia, where she hosted a television program called “The Children’s Adventure Club.”

In 1961, a 21-year-old Mitchell did come back to Winter Haven. Her previous ballet training gave her a leg up working at the Gardens. “If you’ve got some training in something, you know what to expect. It’s going to be hard work until you get it right, and not only are you pleasing yourself – you’re pleasing your director or the people watching the performance,” Mitchell said.

GLITZ AND GLAMOUR AT THE GARDENS

There was a buzz at Cypress Gardens, a hum of excitement – something in the water. The thrill of water ski shows, movie stars, and tourists the world over. Mitchell described it as a fun place to work. Whether shooting a film like “Easy to Love” or a television program like “The Johnny Carson Show” or “The Mike Douglas Show,” “It was evolving continually,” she said. The water skiers were involved with production too. “If you worked on it, you had an edge over someone who had never been involved and didn’t understand you hurry, hurry, hurry, and wait, wait, wait. That’s how it works.”

During one production, Mitchell did a stint with Van Johnson skiing around the islands on Lake Summit. “I was to get into his arms which means I step on his ski, but he has to let go of the rope for me to get over. If they could have heard what he said – he used words normal to our ears now, beginning with ‘F’ about the drivers and the waves. […] I said, ‘Just smile!’”

It wasn’t all dazzling shows and movie shoots at Cypress Gardens. “We had to do everything in those days,” she said. “Sometimes we taught the Southern Belles how to ski.” The summer was when they did most of their training, as winters tended to be prime for tourism in Central Florida.

Brenda and the other Cypress Gardens water skiers also helped prepare for the arrival of special guests. She remembers one of the other girls going to Belk’s to buy bed sheets, Julie Pope going room to room, dropping them off, and Brenda making up the hotel room beds. But if work took too long, Brenda said Mrs. Pope was the kind of person to say, ‘Oh no, you’re going to be late. Call your husband and have him come over for dinner. Sylvester will pick him up.’

A notoriously gracious hostess, Julie Pope would seek Brenda’s English sensibilities when preparing for European guests at Cypress Gardens, asking how they might like their tea and if Brenda could help her set it up. “She was someone who was so warm and made you feel good that you had something to contribute,” Mitchell said.

Brenda was so close with the Cypress Gardens founding family that Dick Pope Sr. gave her away at her wedding. “He was the kindest, kindest person and such a gentleman,” she said. “Julie Pope had a reputation of being the strength behind them.”

In the last years of Mr. Pope’s life, Brenda remained close to him, regularly visiting him at his home. “I could finish a lot of his sentences for him knowing the things that he did and the things that he liked, and that made me feel good as well as him,” she said. “They were just wonderful.”

SWAN ON THE CHAIN OF LAKES

“We were all so close-knit,” Mitchell remembered. She stayed in supervised housing, as did many other non-Floridian Cypress Gardens water skiers. “It was like being in college and having roommates, and we all had a similar goal.”

Admittedly not much of a gymnast, Mitchell shied away from tricks but shined when it came to swivel skiing. “Everybody had something that they could contribute, and the show staff was bright enough to understand to make use of the talent you have,” she said. “We were the premier ballerina of that show. We called it ‘Swan,’” Mitchell said. And just like any prima ballerina, “The longer your arms are and the longer your legs are, the prettier you look.”

“Was it glamorous? Well, we had to wear more makeup because when you’re on the water, your face would look blank if you didn’t have red lipstick and eyelashes that showed up,” Mitchell said.

The former Aquamaid reflected on the current Cypress Gardens Water Ski Team, which puts on a free show at Lake Silver on the third Saturday of each month. The glamour on the water is more now, she said. “We wore lots of bright colors, but not sequins.” The Cypress Gardens Water Ski Team does a whole ballet line in unison. “What I used to do that was special is every day now, but that’s progress — that’s life,” Mitchell said.

While working at Cypress Gardens, the Aussie Aquamaid even got to ski with King Hussein at his seaside estate in the Jordanian city of Aqaba. It was skiing doubles with a hint of danger for Mitchell and her party while they visited the king. “There was a minefield between the hotel in Aqaba – the Gazelle Club – and his property that we had to be walked through when we were staying there,” she said. Mitchell remembers skiing the glittering blue water of the Gulf as jets zoomed overhead.

From Jordan, she went back to Australia and joined a synchronized swimming team. “That was a feat for me because I’m not really a super swimmer at all. I said, ‘Just keep me in the shallow end,’” Mitchell smiled, still glamorous as ever. She noticed that everyone having the same swimsuit and cap lent consistency to their performance. She brought that idea back to Winter Haven and asked if they could start doing something similar with costuming at the Gardens.

The Cypress Gardens water skier wore many costumes throughout her career, from mermaid at Florida’s first theme park to Tinkerbell in a ski show at “The Happiest Place on Earth.” Mitchell remembered that Jantzen sponsored the water skiers at Cypress Gardens for swimwear. The girls’ swimsuits had molded cups. After one wash, the cups were all over the place. “The male skiers would say, ‘You’ve got a little malfunction,” she laughed. “Well, great!” While cleaning out her closet recently, she found her favorite costume – a black number with diamonds and a proper ballerina tutu paired with long white gloves.

Cypress Gardens was home to Brenda Mitchell until 1984 and was the backdrop for many life events, often narrated by the voice of their announcer. The announcer said, “Brenda is a new mother today!” as she took to the water the day she adopted her daughter Mandy. During her later years at the park, Brenda said, “The announcer would sometimes say, ‘And now we have the oldest living Aquamaid,” Brenda laughed. “You can leave the old out! Experienced maybe? But you don’t have to say old.”

Though she no longer water skis, Mitchell still takes to the snow ski slopes. “I think the more you keep skiing, the younger you feel.”

“Don’t be too hard on yourself. You practice hard, you work hard, you give it all you’ve got…