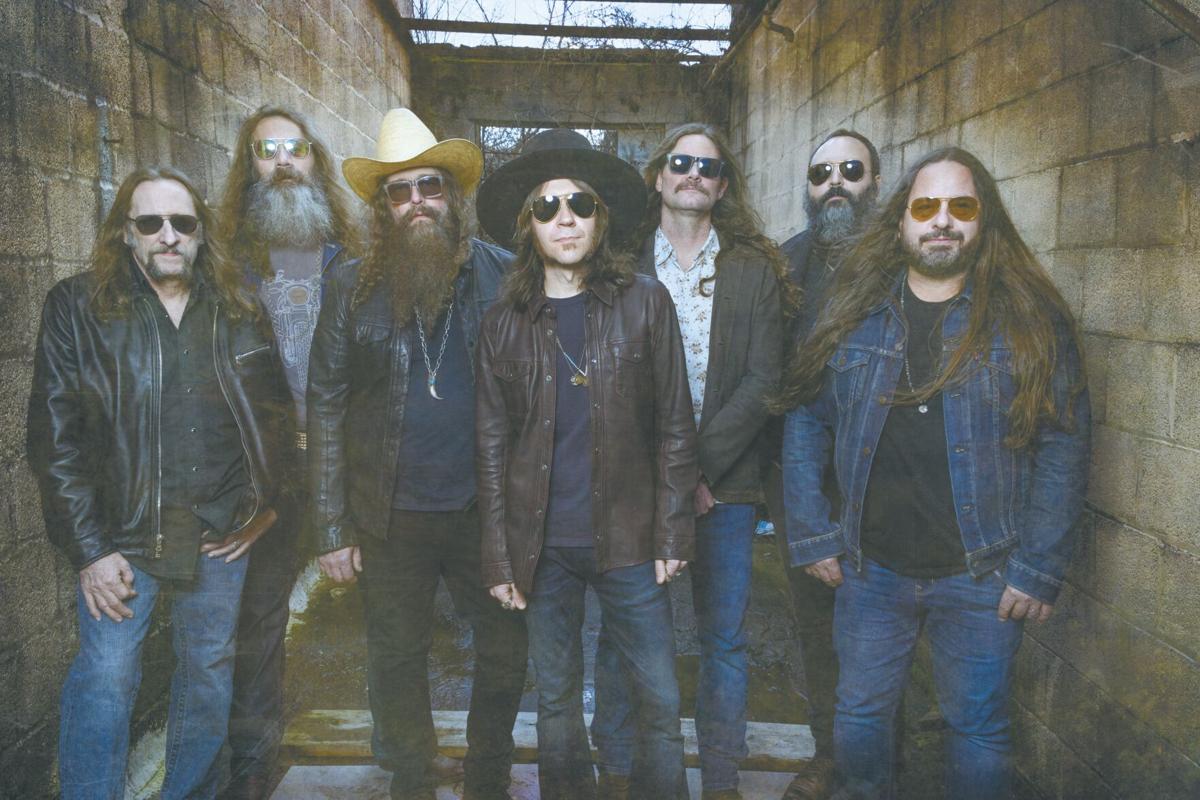 “After 20 years, they still make songs that make you want to boogie your troubles away… they have established themselves as the torchbearer of modern Southern rock” - PopMatters

“Their best album in years… brings the rock back to Southern rock in a big way.” -Gary Hayes Country

“Blackberry Smoke is still on fire… a testament to that tenacity and an unapologetic ode to an insurgent attitude and tradition. That’s evident in practically every note and nuance.” - American Songwriter

Blackberry Smoke has been making Southern rock albums for over 20 years. Originally from Atlanta, Georgia, their roots still run deep. Their newest album You Hear Georgia, has critics raving about their musical talent. This album culminates the feel of Georgia by honoring the people, places, and sounds of their home state. The album already has entered at #1 on Billboard’s Americana/Folk Albums chart, #4 on the all-genre Top Albums chart, #5 on the Top Country Albums chart, and #7 on the Top Rock Albums chart. Produced by Dave Cobb, this album has critics praising their Southern rock sound. Now, the band is officially going on tour for You Hear Georgia, with a stop in Lake Wales this December.

Lead Singer of the band Charlie Starr shares, “We can’t wait to come out and play our new songs from You Hear Georgia LIVE! We are long overdue to get out to these great places and see some friends, family, brothers, and sisters that we have really missed. It’s going to be extra special playing these big rock n roll shows again!”

The band members have come so far together, and they rely on one another for support and creative direction. “Having played music together for so long, it does become sort of a telepathic thing, where we all are nodding our heads at the same time, like, “A-ha, I know what this feels like, or what it should feel and sound like,” Starr says.

You Hear Georgia features a narrator who is misunderstood because of his outward appearances and misguided stereotypes, which is the theme of Starr’s lyrics as it relates to the band’s own Southern roots. “Lyrically, the song is about the South being misunderstood. It’s obviously a rough and tumble world, and there’s a lot of bad people. But there’s a lot of good people too. It started with the idea of how people might have a preconceived opinion of you because of a thick Southern accent, then expanded into the reality of how some people just seem to have such a hard time getting along, thanks to political or religious views, or simply what part of the country you come from.” With that in mind, the songs of the album started to really come together. Many of the songs describe characters that are restless and prone to seeking out a change of scenery, in hopes of finding a place where they belong.

Amidst their newest album receiving so much praise, NPR Music noted that their album “pushes the envelope while providing that famous Blackberry Smoke autonomy, delivered with soulful vocals, haunting harmonies, and kick-ass songs.”

This tour is all about honoring the many southern music influences that made their sound what it is today. The upcoming shows add to a special milestone year for Blackberry Smoke, whose 20th anniversary as a band is this year. Rolling Stone hailed that their sound is “part of a lineage that shares a love of Petty, the Allman Brothers Band, Lynyrd Skynyrd and Hank Williams Jr., able to ride an Americana vibe or peel off a stomping riff and tie it all together without a hint of pretense.”

Since forming in 2001, the band has continued to tour relentlessly, building a strong and loyal following. Their music has also been prominently featured in the television show, “Yellowstone” and they’ve performed on Stephen Colbert, Conan O’Brien, and Last Call with Carson Daly. In addition to their work as musicians, Blackberry Smoke remains committed to charitable work and has raised nearly $500,000 benefiting children’s cancer research.

Purchase your tickets in advance at orangeblossomrevue.com.

The 10th Annual Polk Emerging Leaders Awards were held on August 19th. While the event itsel…

History and haunts are at the center of Winter Haven Food Tours’ newest tour option, Winter …