You have permission to edit this article.
Edit
Home
Best of HAVEN
Best of LKLD
Top 10 to Do in Polk
Top 10 to Do in Lakeland
Local News
Arts
Food & Drink
Profiles
Cover Story
Travel
Events
1 of 6 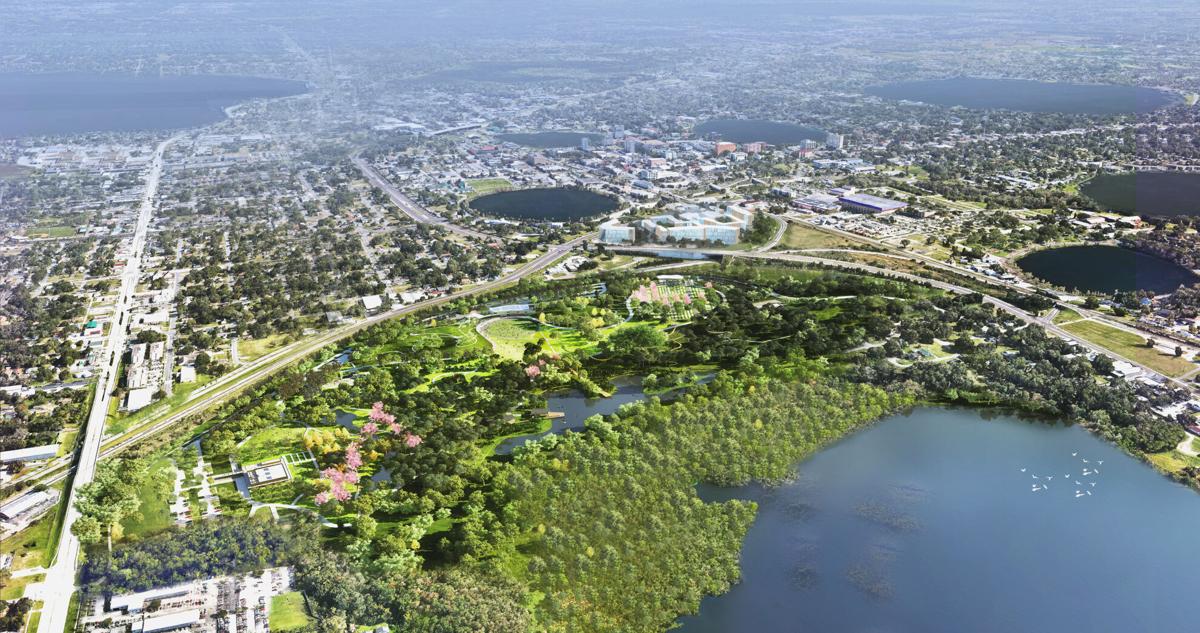 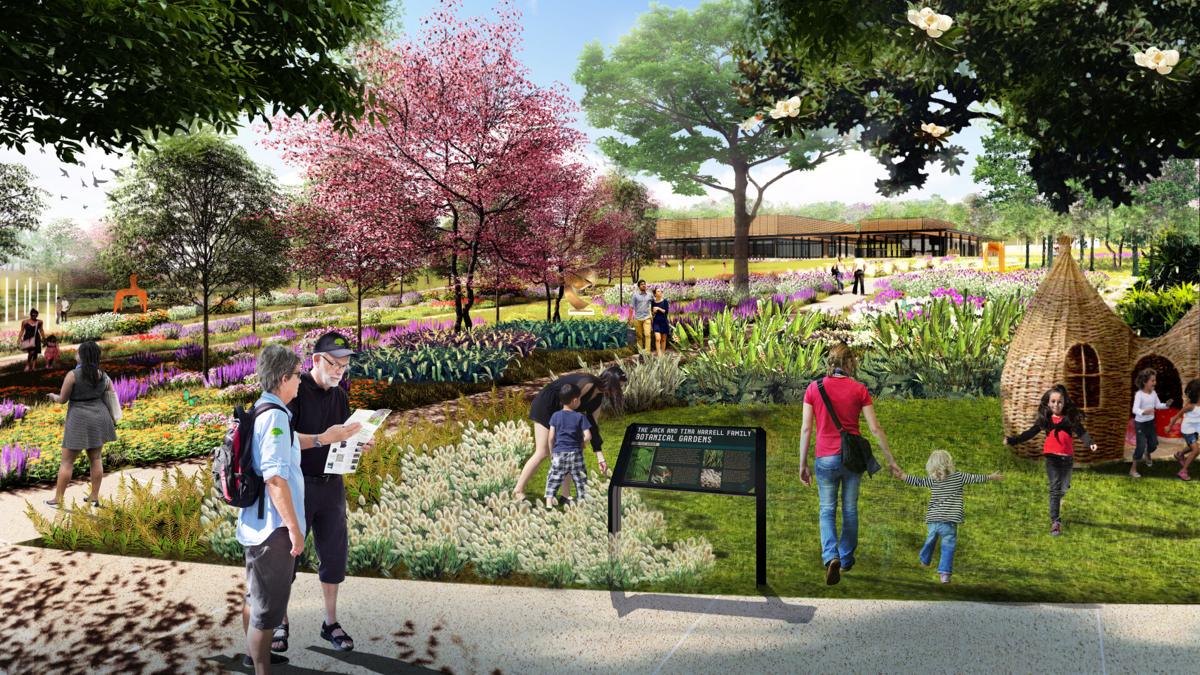 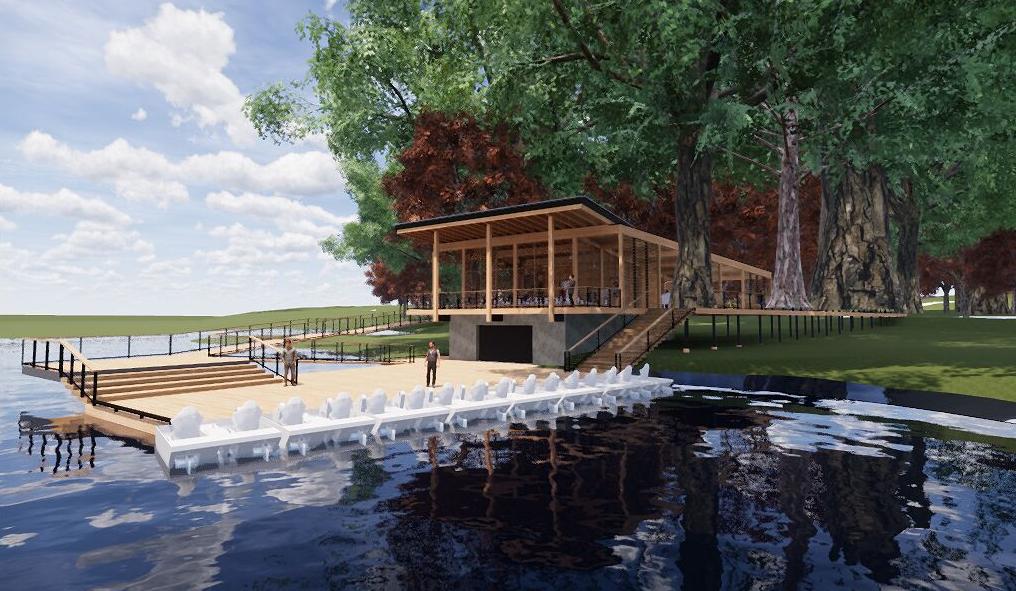 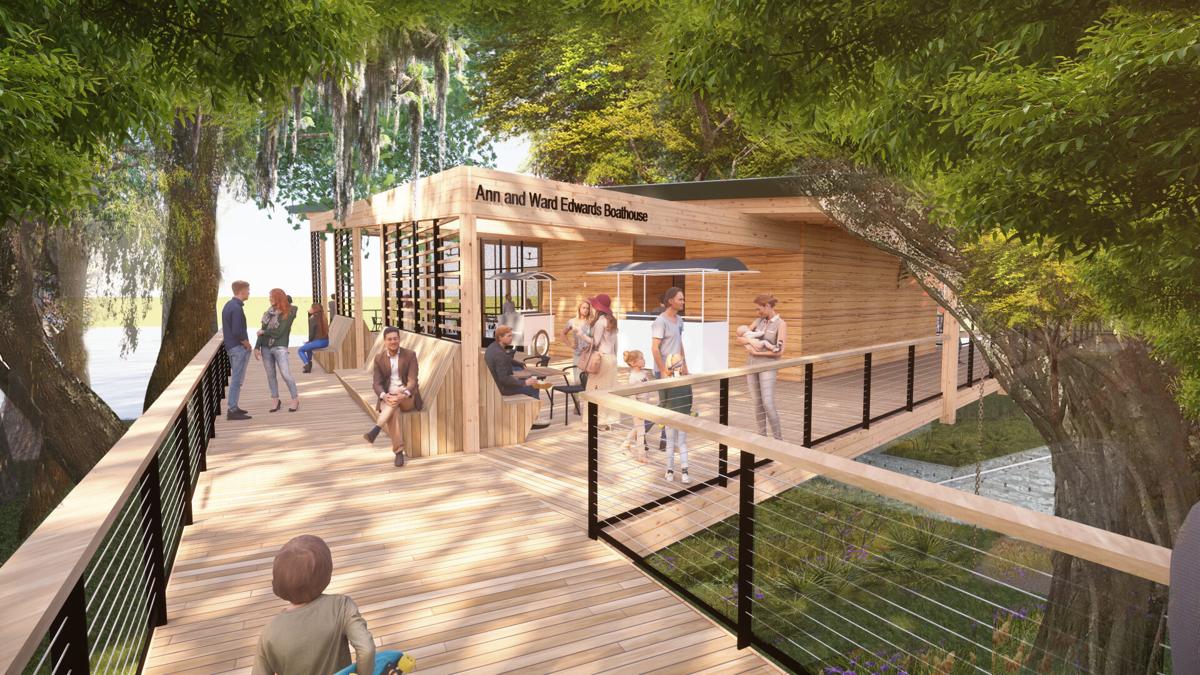 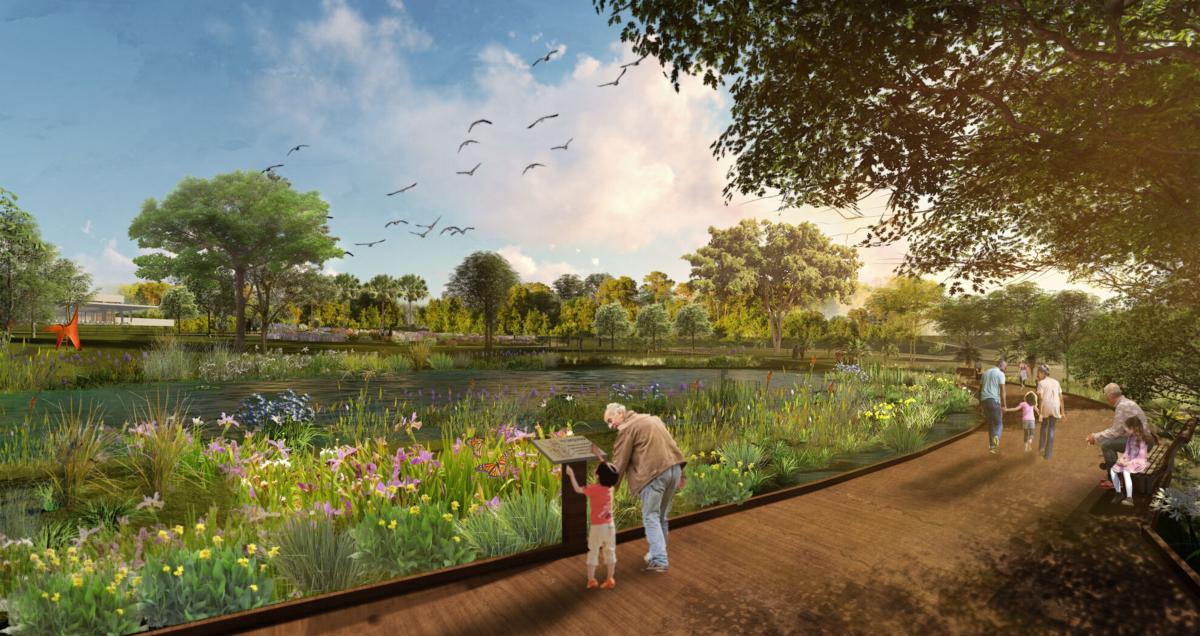 Lakeland’s newest recreational respite, Bonnet Springs Park, is slated to open in 2022. Only a 10-minute walk from Munn Park, Bonnet Springs promises to be a mix of urban and natural, focusing on recreation, education, and reclamation. The park sits on 168 acres of the former Lakeland Railyard – one of the most significant in the state. The park will pay homage to the land’s railyard and citrus history while rehabilitating its ecology.

“Local real estate developer David Bunch had an idea that great cities have great parks. Lakeland is a great city, and it deserves something great,” explained Bonnet Springs Park CEO Josh Henderson. The land was acquired through the collaboration of Bunch, retired Lakeland Parks and Recreation Director Bill Tinsley, and Carol and Barney Barnett. Master planning and design for the park began in 2016.

The railyard opened on 83 acres in 1884. In the 1930s, “Lakeland Railyard employed 600 people and was the largest rail yard and repair facility in Florida and operated until the early 1980s. The heavy industrial use altered the land and continues to negatively impact the potential development for West Lakeland,” according to Bonnet Spring Park. Lakeland’s railyards were pivotal for the city’s growth, providing direct routes for Florida’s phosphate and agricultural industries.

The land fell into disrepair for nearly 40 years, ecologically marred by its time as an industrial hub. In 2001 the property was designated a brownfield site, which is “a property, the expansion, redevelopment, or reuse of which may be complicated by the presence or potential presence of a hazardous substance, pollutant, or contaminant,” according to the EPA.

“That’s a project larger than many people would want to take on,” said Henderson. “Between Carol and Barney, David, and Bill, they all believed in this property and saw its potential and committed themselves to getting it cleaned up.”

Bonnet Springs Park partnered with world-renowned architectural and park planning group Sasaki, to recover and develop the land. Contamination remediation site work began in early 2019. “Each era from the railroad’s history had contributed a unique environmental footprint,” according to their website.

Development on the park is well underway as it takes shape to be Lakeland’s version of New York City’s Central Park. “This is not a Lakeland park. This is a regional park,” said Bill Tinsley. Its features include various walking and biking trails, opportunities for water recreation, including paddleboat and kayak rentals, indoor and outdoor event space, a cafe, playgrounds, botanical gardens, greenhouse, boardwalks, a 500-square foot treehouse, a nature center, and much more to be explored. “Every day is a milestone,” said Tinsley of the park’s progress.

One of the central features of Bonnet Springs Park is the 2.5-mile-long, 20 feet-wide walking and biking circulator. It connects each of the six distinct areas, including the Welcome Center, Exploration V Children’s Museum, Amphitheater, and Event Great Lawn, Event Center, Nature Playground, and Nature Center.

The circulator encompasses a roughly six-acre linear garden paying tribute to the former railyard that was the “economic engine for Central Florida,” according to Tinsley. Agamerica Heritage Gardens will be a love letter to the land’s citrus and railyard roots with a linear ‘railcar’ design populated with citrus fruit trees, pollinator gardens, and flowering trees.

Also honoring the area’s industrial history will be the Watson Clinic Gallery in the Welcome Center. “It’s going to tell the history of Lakeland, and it’s going to tell the history of the land. There will be an homage to Publix in there since they’re such a huge part of Lakeland and one of the reasons we’re able to build this amazing park,” said Henderson. Gallery content will be rotating to provide a revolving door of local history for guests to enjoy each time they visit.

Besides educating park-goers on the history of the land, Bonnet Springs Park will be home to Explorations V Children’s Museum and boasts a nature center with a classroom for 50 people and an outdoor classroom. “As you try to bridge the gap in the community and create a space where everybody’s welcome, and you’re doing it for kids and families – education is a huge part of that,” said Henderson.

“Education is a critical theme for us. We want to support education in the green industry here in particular,” said Tinsley. At the greenhouse, children will be able to work with master gardeners to plant and propagate seeds. When the plants are old enough, they will be planted in the edible gardens to mature. A chef will come to the outdoor kitchen and teach kids how to harvest and cook the food.

Kids will be able to learn on the Nature Playground as well. The playground will be comprised of natural elements like wood, rock, water, and sand. The approximately two-acre all-natural playground includes different areas for age-appropriate play for children of all abilities. “We focused on nature play and integrated that into the landscape and having a seamless transition between our floral gardens and our playgrounds and the different elements of the park,” said Henderson.

“We think kids learn through play better than any other way,” said Tinsley. “We’ve got an opportunity to teach kids so much about their environment.”

The six-and-a-half-acre Blanton Family Lagoon was dug to enhance the environment for recreation, according to Tinsley. A 2000-foot boardwalk will follow the lagoon into the wetlands, circling back. The Crenshaw Canopy Boardwalk will serve as an elevated canopy whisking park-goers to an avian level through the trees.

Near the lagoon will be the Givewell Community Foundation Nature Center with classroom seating for 50 people and an exhibit hall with a terrarium and aquarium reflecting the local environment. “We’ll have a very active field trip program not only at the children’s museum but also through Bonnet Springs Park,” said Heide Waldron, Director of Development for the park.

According to the former director of Parks and Rec, much of the park’s design came from public meetings. One of the biggest community requests was an event space for a larger number of people. The park will offer many gathering spaces, but the main area for events will be the 13,000 square foot Event Center. The Event Center has room for up to 400 people and can be subdivided for smaller events. It includes the George W. Jenkins Outdoor Kitchen and Maya and Wesley Beck Patio, and a wedding terrace overlooking botanical gardens.

The name Bonnet Springs Park comes from a challenge of the property, according to Tinsley. “From offsite, we drained 300 acres to this area, and it created a gorge that got low enough that now we have this beautiful cold, clear water running year-round. [...] We’ve diverted that water, and we’re treating it in these gardens.”

“From a sustainability standpoint, the park intends to draw 100 percent of their irrigation from the lagoon that we dug that’s now receiving that water after it’s cleaned up,” said Tinsley.

According to the park, “Less than half of Bonnet Springs Park will require irrigation to sustain the thousands of new plants and landscape zones. This is approximately 3,112,000 square feet of landscape with individual planting zones that will require varying amounts of water targeted to establish and maintain everything from the Great Lawn to the Harrell Family Botanical Gardens.”

“The wildlife is coming back abundantly here,” said Tinsley. “As we’re cleaning the water, it’s making a whole new environment. […] We’re changing the ecosystem back and recovering it,” he said. “Not only has this site been abandoned for that long, but it was used for industrial purposes in the 30s and 40s, which left its mark on the land.”

According to Henderson, in addition to using water from the spring to irrigate the park, they are also capturing runoff water from Kathleen Road and collecting all the trash in an underground sump, stopping it before it’s able to make its way into the lagoon and onto Lake Bonnet. “It becomes a very sustainable operation. So not only are we growing new flora and fauna, we’re using what would have been waste trash water to grow that and cleaning the environment at the same time. Everything that we’re doing we want to be environmentally sustainable. We want to care for the property and be good stewards of the land,” said Henderson.

“I’ve been fortunate enough to open another one of these urban parks, and I’ve seen the impact that it can have on a city,” said Henderson. “The pride that people take, the economic opportunities, and the opportunity to create a space where everyone can come together is a great thing.”

Anyone interested in becoming involved with Bonnet Springs Park can become a Friend of BSP or participate in the brick or bench programs.