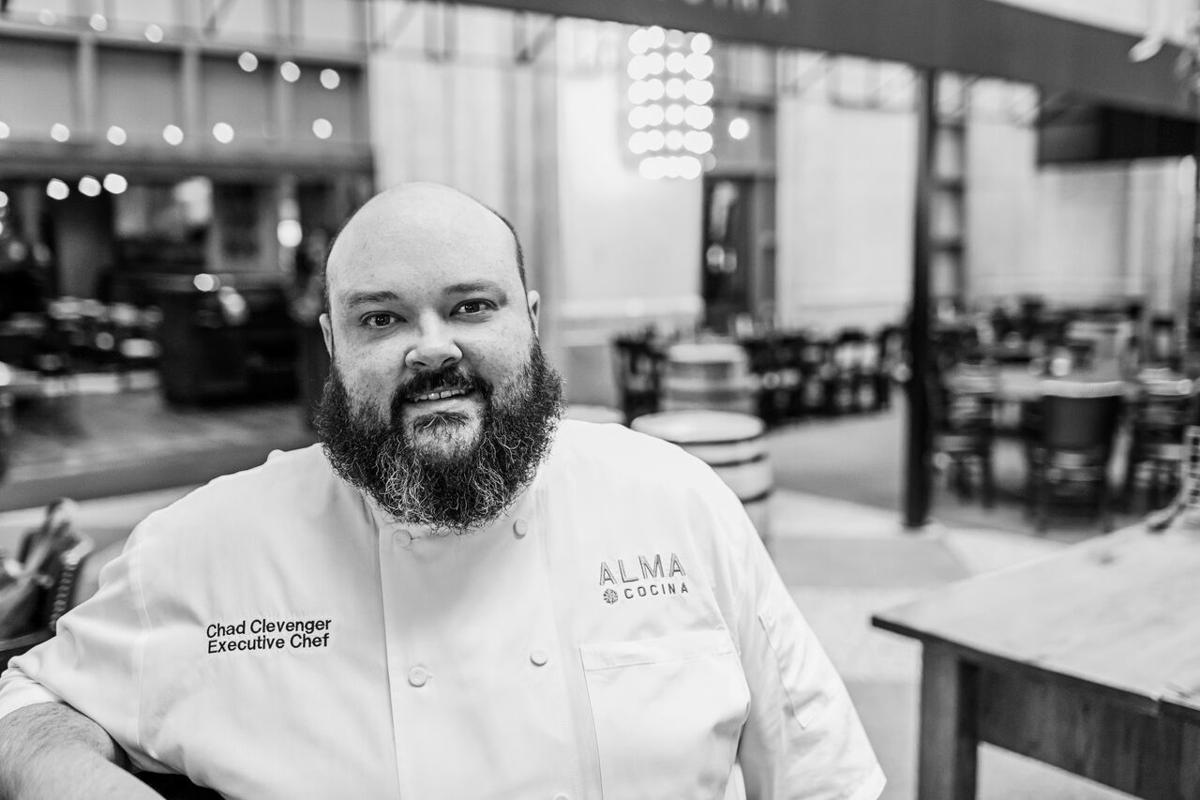 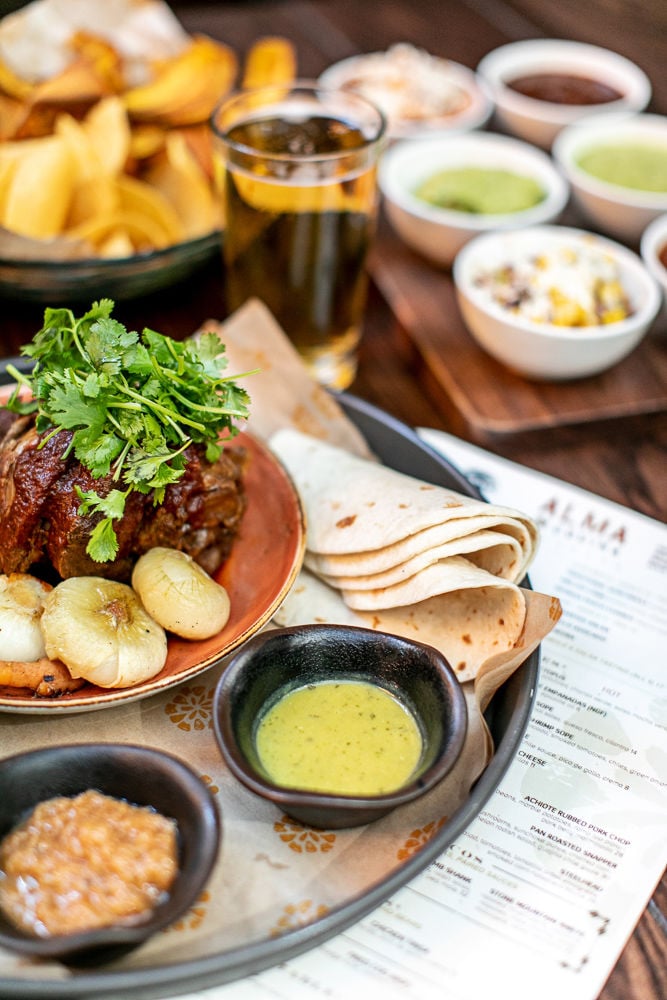 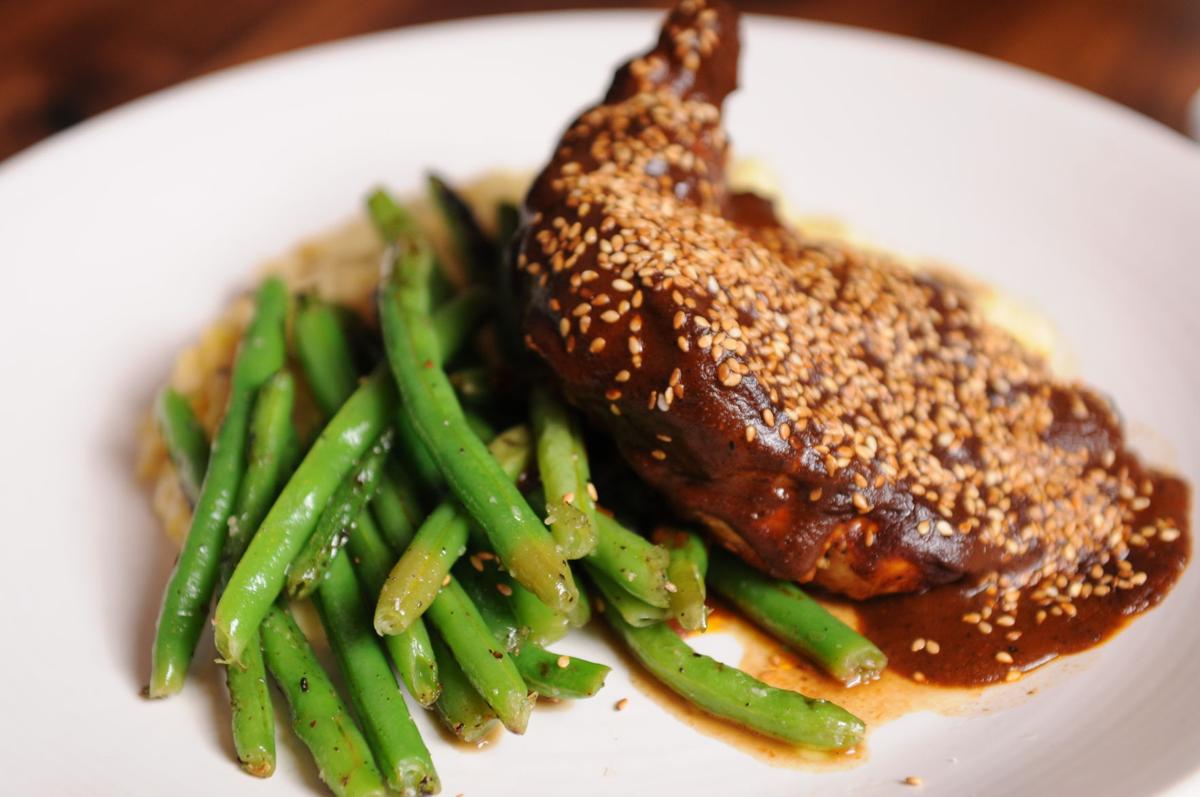 Polk County born and raised Chef Chad Clevenger’s aptitude in the kitchen has taken him across the world. His culinary roots are intertwined with his southern heritage. This is where it all started, in fact.

Clevenger was born and raised in Winter Haven. At 18, his dad told him he needed a job and to go down to talk to Gary Schack at Schack’s Bar-B-Que. Clevenger’s father was friends with Schack and they even lived in the same neighborhood. Chad and Gary Jr. were good friends growing up too. “A lot of the kids that we grew up hanging out with at some point probably worked at the restaurant as a dishwasher or busboy or cook,” said Clevenger. He started out washing dishes and traces his professional culinary origins to the Schack’s kitchen.

His general love of food began much earlier. Clevenger explained that many of the women in his life – his mom, grandmother, aunts, sister-in-law – are fantastic cooks. Another culinary influence was a woman who used to babysit him – Mama Jewel. From under a year old through kindergarten whether or not she knew it at the time, Mama Jewel contributed to his affinity for food.

“I could ask for anything and she would make it,” he said. “She would sit me up on her countertop and I’d eat salted butter out of her cupboard. [She had an] old school southern way of cooking and thinking about food.”

“Between her and all those women in my family, that’s kind of where I [learned to] love eating and cooking,” said the chef.

When he was 21, Clevenger moved to Austin, Texas to attend culinary school at Le Cordon Bleu. This is where his palette for biscuits and cornbread began to shift south of the border. He indulged in Austin’s Mexican and Southwestern scene before moving to Santa Fe, New Mexico for an externship.

His resume to intern at the Coyote Café in Santa Fe, under Chef Mark Miller was accepted. He progressed, eventually becoming a cook, then sous-chef and at age 26 was named the executive chef of the Southwestern bistro. His time in Austin and Santa Fe solidified his specialty in elevated Mexican cuisine.

With an urge to move from Santa Fe, Clevenger settled on Denver as his next stop. There, he worked for Melvyn Master before the owner decided to close that location and open a few other concepts that didn’t quite fit for the young chef. He asked Clevenger if he’d like to go and cook in France for a friend of his.

Clevenger picked up and moved to France for six months to be the private chef for acclaimed composer and lyricist, Leslie Bricusse who penned music for the likes of The Pink Panther, James Bond, and Willy Wonka and the Chocolate Factory.

After his shift as summer chef, Clevenger returned to Denver to work for Master again. At 29 years old, with the help of his brother, Clevenger purchased the restaurant, aptly named Mel’s. This was in August of 2008, mere months before the housing and loan crisis would ravage the economy causing even the most long-standing reputable restaurants to close their doors under the financial pressure.

Even still, Clevenger made Mel’s work for two years before closing it in 2010. His last day at the restaurant is one he will always remember. Clevenger remembers trying to clean up the space and his brother telling him to sit down. “I ended my restaurant and my father died all in the same day,” said Clevenger.

Before he closed the restaurant, the chef bought a food truck and opened it, post-Mel’s as The Porker. He remembers being only the second or third food truck to pop up in Denver at the time. He served all things pork – from ribs and pork belly with a seasonally changing menu and daily specials of one pork dish and one vegetarian dish.

From there he did consulting work for other local restaurants while on the hunt for another culinary position. He picked five major cities that he could see himself living in with a robust foodie scene and began seeking out work in those cities.

“I was on Denver Craigslist and I saw this ad: ‘Restaurant group in Atlanta opening new Mexican Restaurant,’” he remembered. He bit, sent them his resume and received a call the next day. Within three weeks he was living in Atlanta.

He started in 2011 as the opening chef for Alma Cocina, an upscale eatery boasting modern Mexican fare in downtown Atlanta. Though the chef says he has between five and eight dishes he considers to be signatures, his favorite by a mile is the huitlacoche empanadas. The chef explained that huitlacoche is somewhat of a Mexican truffle. The corn fungus is caused by moisture between the kernels. “Huitlacoche is a delicacy in Mexico,” said Clevenger. “Corn on the cob is, what, four for a dollar in the summer? One pound of huitlacoche is $10.” The executive chef even sources this delicacy not too far from home from a grower in Clermont, Florida.

“I like that empanada dish because it’s different – not many people are using huitlacoche worldwide,” he said.

He described this mouthwatering dish beginning with the filling comprised of huitlacoche, Oaxaca cheese, charred tomatoes, charred jalapenos, onion, garlic and spices that are then wrapped in empanada dough, fried and served with ranchero sauce and garnished with a chiffonade of a Mexican herb called epazote.

A new direction in his career, Chef Clevenger is opening Alma Cocina Buckhead as the executive chef. Alma Cocina Downtown did so well, that the group is opening a second location in the prestigious uptown Buckhead district. “Buckhead is like the Beverly Hills of Atlanta,” he said. “It’s a beautiful restaurant, a much different feel and décor from Downtown.”

Alma Cocina Buckhead is set to open on February 4. He will continue to be involved with the downtown location as well as Fifth Group Restaurants’ Chinese cuisine establishment Yum Chao.

“Downtown has been home for a while. A huge part of my staff has been there with me since day one,” said Clevenger. Though the move away from his home kitchen and staff is bittersweet, he said, “I’m looking forward to a new challenge, new guests, new equipment, a different feel, and a new team to work with.”

Up Against Bobby Flay

It only makes sense that with the killer empanadas Chef Clevenger makes regularly at Alma Cocina that this would be the dish to defeat culinary heavyweight, Bobby Flay. On Season 19, Episode 2 of Food Network’s Beat Bobby Flay entitled “Take Him to Fresno” our very own Chef Chad Clevenger went up against two opponents.

He wowed the judges, Food Network’s Alex Guarnaschelli and actor Ben Rappaport in round one using the secret ingredient, Fresno chilis to compose a Mexican-style sauteed prawn in a Fresno hot sauce. He sent opponent, owner and chef of Yountville, California bistro Protéa, Anita Cartagena home with his thoughtful utilization of the chilis.

In round two up against Bobby Flay, the two made pork empanadas. Though Flay put up a good fight, Clevenger’s chorizo empanada with ranchero sauce and cilantro tomato salad sealed the deal with judges. In a two-one vote, Chef Clevenger won!

What was the feeling Clevenger had when they called his name as the victor? “It was awesome,” he said. “You’re sitting there while they’re tasting it and replaying all the steps in your head and critiquing things […].”

“It was a relief and excitement – there were a lot of emotions going on,” he said. Clevenger was glad to have his wife, Andrea in the audience for support. (Side note: Chad and Andrea have a five-month-old Boxer puppy. She’s named Piper Cub because Andrea liked the name Piper and a Piper Cub is the model of airplane that Clevenger’s grandfather used to own and fly.)

Clevenger even saved the sweaty, food-stained shirt and shoes he was wearing on the show as a memento of the occasion. “I got back to the hotel and was in the shower and just started crying,” he said. “I don’t know [why],” he said. “Maybe it was for my parents and that I had accomplished something. […] Something about that day made me tear up.”

When Chef Clevenger comes home to Polk County, he has a few go-to restaurants. First, of course, “I’ve always got to go see my extended family at Schack’s,” he said.

He and his buddies always make a run to Peebles Bar-B-Q in Auburndale when he’s in town. “I’ve eaten there since I was a kid. My dad used to eat there when he was in his twenties and had stories of being broke and just eating the bread and the barbecue sauce,” said Clevenger. Pizza Connection and Andy’s Igloo are chef-staples and Clevenger said he is impressed as well with what Chef Rojas at Nutwood is doing.

From humble beginnings as a dishwasher at Schack’s Bar-B-Que to executive chef at a top Atlanta restaurant, Alma Cocina and winner of “Beat Bobby Flay” – this seasoned chef had advice for anyone reading this with similar culinary aspirations.

“This industry is tough,” he said. “If you decide to go the culinary route, it doesn’t so much matter about a fancy culinary school – CIA, Le Cordon Bleu, whatever – it’s what you put into it. And that goes for anything.”

He encouraged practicing at home and emphasized the importance of knife skills. “Read a lot of cookbooks, read menus, if you don’t understand an ingredient – Google it,” he said. What it all comes down to is grit, he said, “passion, drive, and taking the initiative to learn a craft.”

“Once you hear the name Sharkey you don’t hardly forget it,” said Sharkey Baz (named after A…

Ninety-three-year-old Maria Anaya has much to show for her near-century on Earth. She has el…