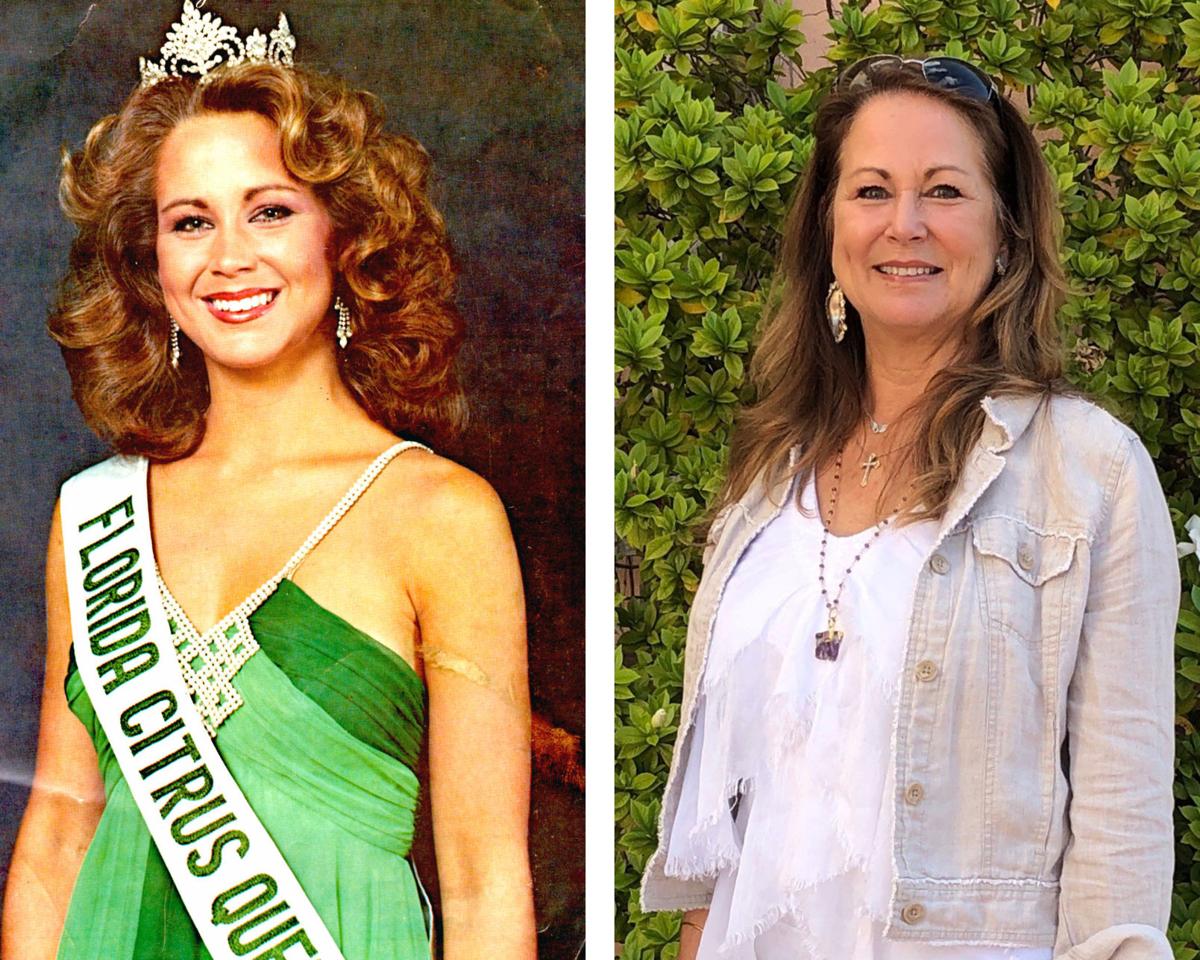 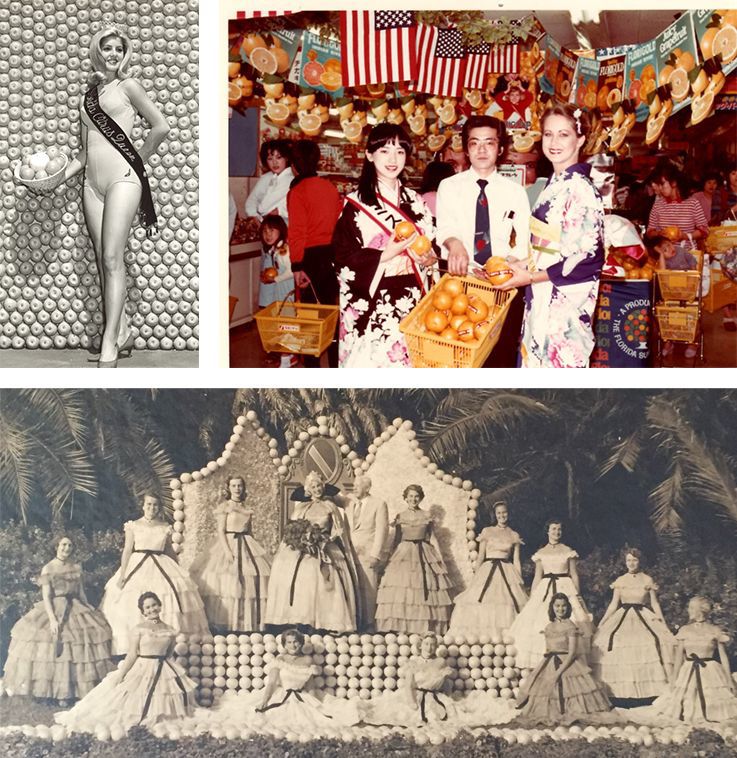 Beauty pageants. Those two words may evoke images of scenes from movies like “Miss Congeniality” and “Dumplin’” or the perceived superficiality of the pageant circuit. Tall, thin, pretty girls lauded for being pretty – right? In reality, it’s so much more than that. It is scholarships, community service, confidence-building, opportunities, and life lessons according to Florida Citrus Queen 1981, now Executive Director of the Miss Florida Citrus pageant, Brenda Eubanks Burnette. Pageants have been so pivotal in her life in fact, they have led her to her current position as the Executive Director of the Florida Citrus Hall of Fame.

Born in Miami, Burnette came to Winter Haven when she was in the second grade. She went through school here, graduated from Winter Haven High School and then Polk Community College.

She got her start in pageants winning Miss Winter Haven. Through the encouragement and help to find a sponsor of Bob Eastman and Jerry Imber, she went on to compete in the Florida Citrus Queen pageant.  “The first year, I didn’t win or place or anything. In fact, I was so nervous because I wasn’t really a pageant girl, I was only in it for the scholarship money. I forgot my sponsor’s name and everything,” she remembered, smiling.

Two years later, when Brenda was working for WSIR Radio, Eastman and Imber convinced her to come back and compete in the pageant again. Bill Raley of Dundee Citrus Growers Association agreed to be her sponsor.  Brenda Burnette entered the pageant and claimed the crown as the 1981 Florida Citrus Queen. She received a car for a year and a $1,000 wardrobe along with other prizes. She was paid a whopping $25 for every appearance she made.

It wasn’t the prizes or the money that left an impact on Brenda, it was the experience and the opportunities that blossomed from it. “It was the networking and the things that you could do that was so exciting – and the fact that you’d be traveling the world,” she said. “It was a huge growing experience.”

The beauty queen had never traveled by herself before then. She remembered her first time traveling to New York and taking a taxi. The meter was blinking and the cab driver spoke no English. She paid him $21 for a ride that most certainly didn’t cost that much. She chuckled as she told that story and about the first time she saw snow, in Chicago – wearing high heel sandals. Her job as reigning Florida Citrus Queen took her all across the United States, Canada, and even Japan – twice. During her travels she met Bruce Springsteen by happenstance in a hotel lobby waiting for the rain to stop. It was his birthday, so she gave him a birthday kiss.

“I met a lot of people over that year that really helped me in terms of growing as a public relations person and networking,” she said. After her year as Florida Citrus Queen, she took a job with the Winter Haven News Chief, then as a subcontractor for the Department of Citrus for three years, booking herself in media and tv interviews throughout the United States and Canada. She got into real estate for a time. Then, she was asked to interview for the position of Executive Director for the Florida Citrus Showcase.

She was hired for the position and was asked to take over the Miss Florida Citrus Pageant. She did, even securing an $18K per year salary for the woman who won. Working a job was nearly impossible as the appearances and time commitment was a full-time job for the queen. She ran the program from 1989 to 1993 before moving full time to South Florida. According to Brunette, The Showcase stopped at some point after that, leaving the Florida Citrus Queen pageant, a program which began in 1924, defunct.

Beauty – Inside and Out

“Being a queen goes beyond the mascara and hairspray,” said Burnette. During her time as the Florida Citrus Queen, she learned everything from time management, to always be dependable and honest, and how to conduct herself thoughtfully, gracefully, and intelligently in interviews. “It’s a big confidence-builder. It makes you believe in what you can do because of the things that happen to you along the way,” she said.

She can remember arriving late in Chicago one evening. She had a television appearance early the next morning and the universe seemed to be working against her. The pipes froze overnight leaving no running water and her scheduled 3 a.m. wake-up call never came. When the field agent knocked on her door to ask if she was up and ready – she panicked and jumped into action. She couldn’t get a shower, had to brush her teeth dry, and do her hair and makeup in the car – but she made it there, ready to fulfill her duties.  “You have to learn to roll with the punches and get up and do it,” she said.

She learned to catch cat naps whenever she could, like in the car between appearances. She also learned to be herself. Her mom always told her, “You can’t be anything more than you already are, so be the best at that, that you can be.”

In 2012, Burnette brought the pageant back to life. The title of Florida Citrus Queen was back with a new name, Miss Florida Citrus, and is now a preliminary pageant for the Miss Florida pageant.  “I now run Miss Winter Haven and Miss Florida Citrus pageant because that’s how I got my start,” she said. It is made all the more special for Burnette to see the winner of last year’s pageant, Michaela McLean, go on to take the 2019 Miss Florida crown. McLean is slated to compete in the 2020 Miss America pageant this December.

Burnette shared advice she gives the young ladies who compete now as Executive Director of the pageant. “One of the things I always tell the girls is that this is a job. You are competing for a job, so you need to picture yourself as that person and treat it accordingly. Act as if you already have the crown.”

“The job description is not that we want somebody who is 5’10”, blonde and thin as a toothpick. We want somebody who puts her own stamp on that job and it doesn’t matter how tall or cute – if you can’t talk to people and be real with people, it doesn’t make any difference,” she said. “Those shoes are your shoes that year – so you make your own footprint.”

Many pageants, including Miss America, not only give the ladies who compete, scholarship opportunities, they encourage them to serve others, and the community. Contestants in pageants like Miss America are required to fulfill so many service hours, champion a social initiative, and raise money for a charity. Tune in to NBC on December 19 from 8 pm - 10 pm ET/ PT, to watch Miss Florida, Michaela McLean vie for the 2020 Miss America crown. Burnette will be there to cheer her on!

Burnette says she feels fortunate and blessed to have had the opportunities she’s had and to have met the people she’s met. Memories and friendships and glamour aside, Brenda Burnette says being a beauty queen taught her most about, “Making the most of any opportunity that comes your way.” Solid advice from a woman who has done just that.