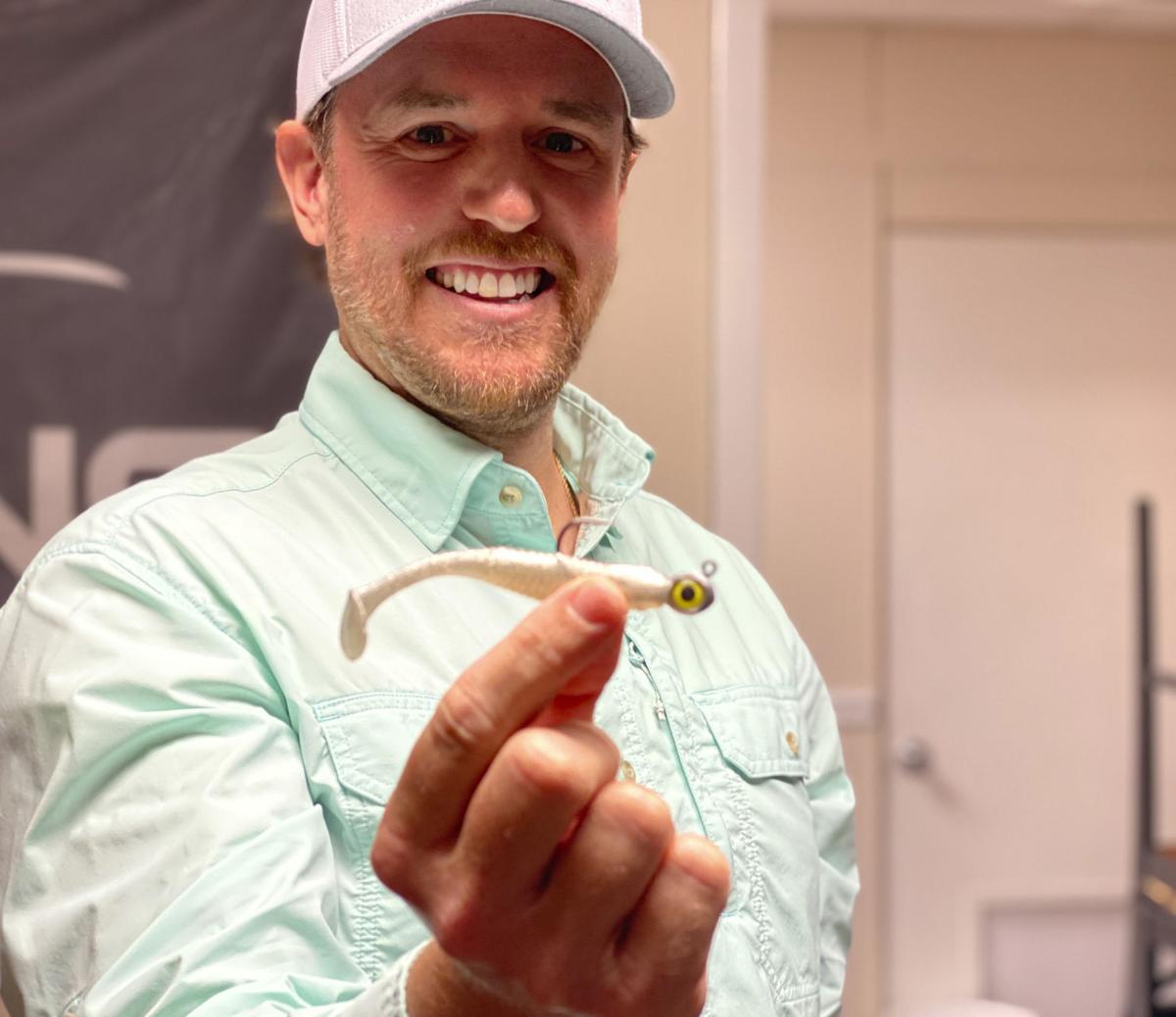 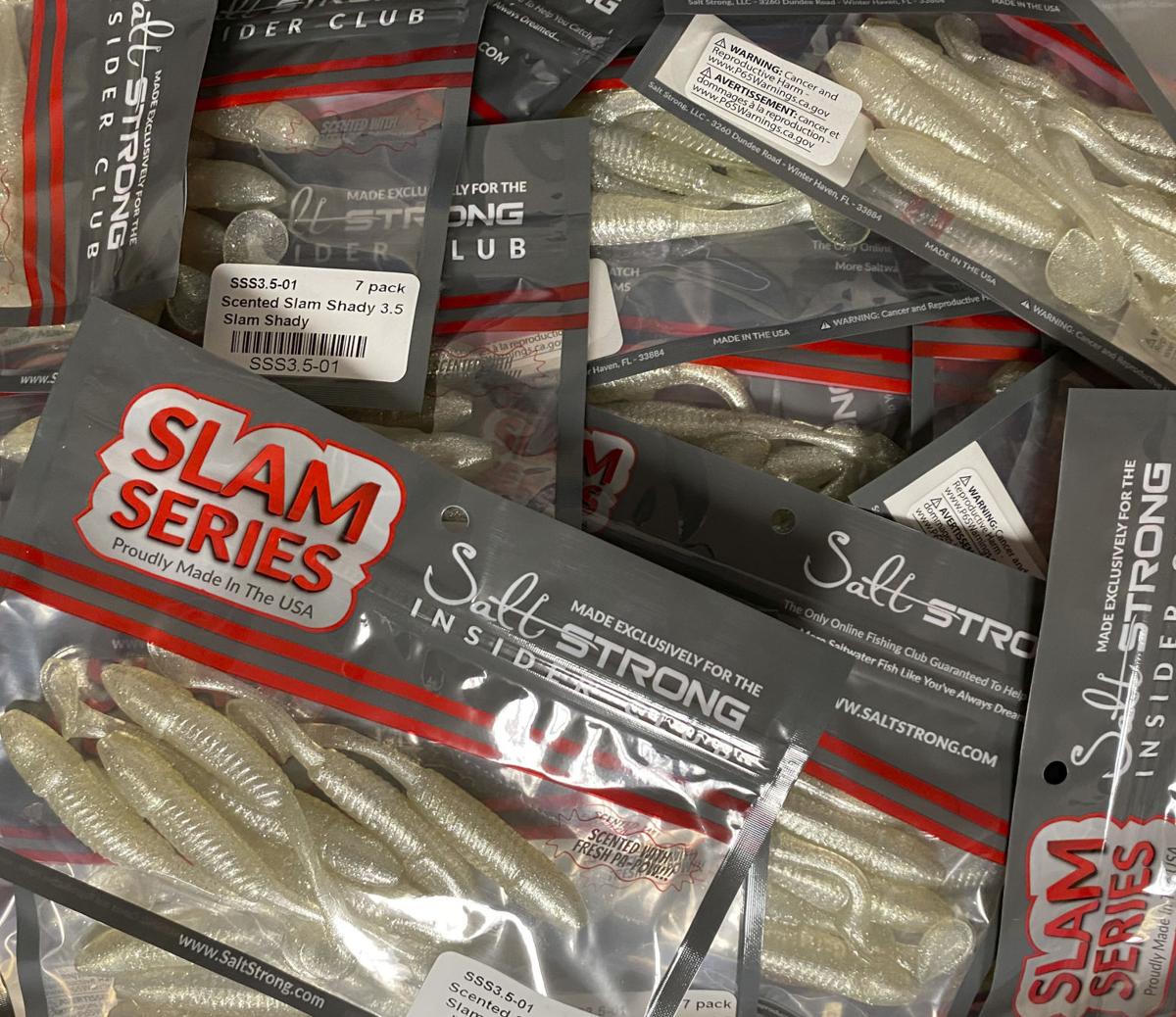 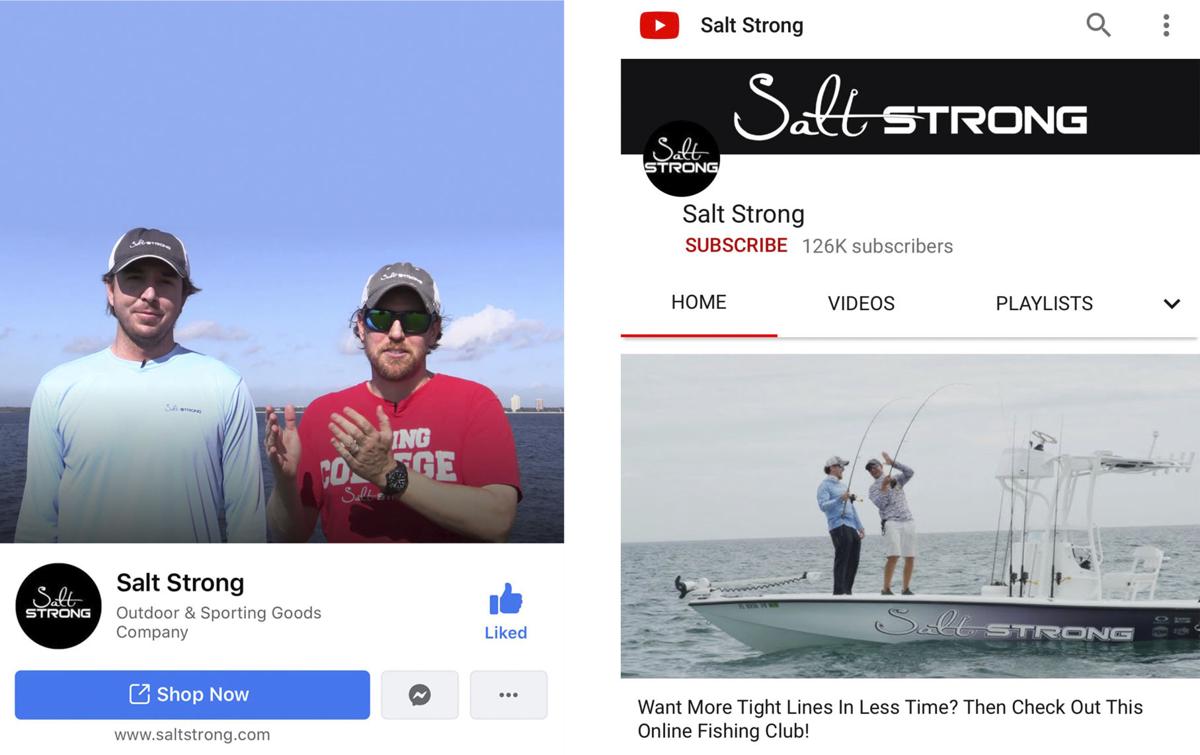 Third-generation Central Floridian, angler, author, and entrepreneur Joe Simonds lives in Winter Haven with his wife, Dr. Loren Simonds, and their three children. Fish, or more the memories made catching them, drove Joe and his brother Luke to start an angler-centric company offering products and real-time tips to their fellow fishermen. These memories go back to fishing with friends in Winter Haven.

The Lakewood neighborhood surrounding Lake Otis and Lake Link is where Joe and his brother and friends “cut their teeth,” if you will. “Back then kids could go out without parents and we didn’t wear bike helmets and we went out and picked worms in the garden, threw them on a hook, and caught as many fish as we could,” said Simonds. “We would go from house to house and dock to dock.” Not only had fishing been a cement for childhood friendships, but it also served to unify his own family. The brothers would spend every summer at their grandfather’s condo in Daytona Beach getting a taste for the saltwater side of the hobby.

When their grandfather passed away two years ago, weeks before his 94th birthday, Joe said the twelve grown grandkids all had a few beers and exchanged memories about their grandad. “Every single story was about this beach house and fishing and learning how to tie knots on the beach,” he said. “His entire legacy was essentially this little beach house that we all were raised at every summer.”  That family unity and connection to the outdoors deepened by their love of the sport was the catalyst for what would become Salt Strong.

When the brothers were able to drive, they began traveling the state for fishing adventures, even discussing dreams of a future fishing company. They would one day have that company, but as fate often does, the path to it was circumvented a bit. After high school, Joe went the route of a financial advisor before moving into a wholesaling career.

At 28 years old, Joe was diagnosed with melanoma skin cancer. He recovered and came out the other side of his battle with the realization that life was too short to be unfulfilled. He quit his job to start his own wholesaling company which his brother eventually joined. Out of the blue in 2014, two gentlemen from Arizona approached the Simonds’ about buying their financial services company.

In December of 2014, the Simonds closed the deal, signing a two-year non-compete agreement which meant Salt Strong – which they started the following month – had to work.  “Then we did the dumbest thing possible – we started a company with absolutely zero business plan,” he said. Eighteen months went by and not a penny had been made. Their tentative business plan hinged entirely on selling ads to their site which had more than a sizable chunk of traffic for a fishing niche site – 500,000 visitors in one month.

A larger potential advertiser fell through. Joe described the feeling as heartbroken, saying he even went back to look into their non-compete agreement, only solidifying that they had to make this work. “That was one of those pivotal moments where we couldn’t go back,” he said. They stepped back and thought about the massive following they had and reasoned, “Let’s just listen to them and figure out what they want. It turned out a lot of them just wanted education.”

They found sporting goods stores lacking in the education department. They offered all the equipment and none of the know-how. “It’s not really helpful if you don’t know how to use it. No one’s actually teaching you how to use all the stuff to find the fish,” said Joe. Magazines and television shows, though useful, felt a bit topical to these entrepreneurial anglers. Wonderful articles and brilliant photos, but no ‘reel’ guidance.

What started as two brothers and a simple video education-based service five years has exploded into an 8 full-time employee business offering tips, education, and products with even bigger plans over the horizon.

Salt Strong only started offering fishing gear about a year ago, a piece that has proven fundamental to their business and the services they provide.  “We sell the lure, and on the back-end, we teach them how to use it and find the fish,” said Joe. One of the most popular items in their full suite of tackle products is their Slam Shady lure.

Salt Strong’s niche within the angler community lies in the immediacy of the information they provide. Someone on their team (often Luke) will spend all day on the water fishing and filming, relaying trends in real-time. “By the end of the day, all of our members can see exactly where he was, it’s truly real-time, on-demand, what’s working right now,” said Simonds. “We have at least one new piece of content every day – seven days a week.” A large part of their content is for the public, but Salt Strong reserves the best of the best, including revealing fishing spots, for their members.

Together Joe and Luke have caught a snook from a third-story balcony in Tampa and even found a Salt Strong theme song, “Fishing in Our Soul.”  WPCV 97.5 FM radio host Sara Michaels who went to school with Joe, heard the song (originally by John Gunter) and texted Joe. He got goosebumps his first time listening and put in to buy the rights. They did, reworked the song a bit to reflect their saltwater niche, and had Hunter Smith sing and produce it. They recorded the music video in just two days. “It was the perfect song for what we represent,” said Joe. “Our whole mission is about uniting families through fishing.”

With these and many other fond Salt Strong memories behind them, the brothers look to secure their place in the future of fishing in Central Florida. Sooner rather than later, you could enjoy an indoor Salt Strong facility in Winter Haven. They are ever-thankful for the connections they can make online but look forward to uniting people face to face with plans to even offer coaching. “Think of a Bass Pro but with casting ponds inside the place where you can learn how to cast a rod or see what your lure should look like underwater,” Simonds said of the concept. Beyond that, the brothers have sights set on acquiring a 50+ acre property somewhere in Central Florida to create an experience even bigger and more unique around their brand.

In step with their mission of family unity through fishing, Joe encourages getting your kids outside. “I don’t expect all of them to love it like we do, but to get them outside and exposed to it.”

To encourage children and young adult anglers, Salt Strong has devised an incentive membership. Their normal membership is $97 a year which includes 20% off their rods, reels, and all fishing tackle, plus all the invaluable real-time information they pull together. For a parent just making ends meet or the broke college student that wants to get more into the sport, Salt Strong has rolled out the Thirty Under Thirty program. Anglers under 30 years of age can get a membership for $30 a year. “A big part for us is not necessarily just catching fish, it’s how can we make sure that our kids and their kids and their kids have the same experiences and at least the same opportunities that we did to go fishing.”