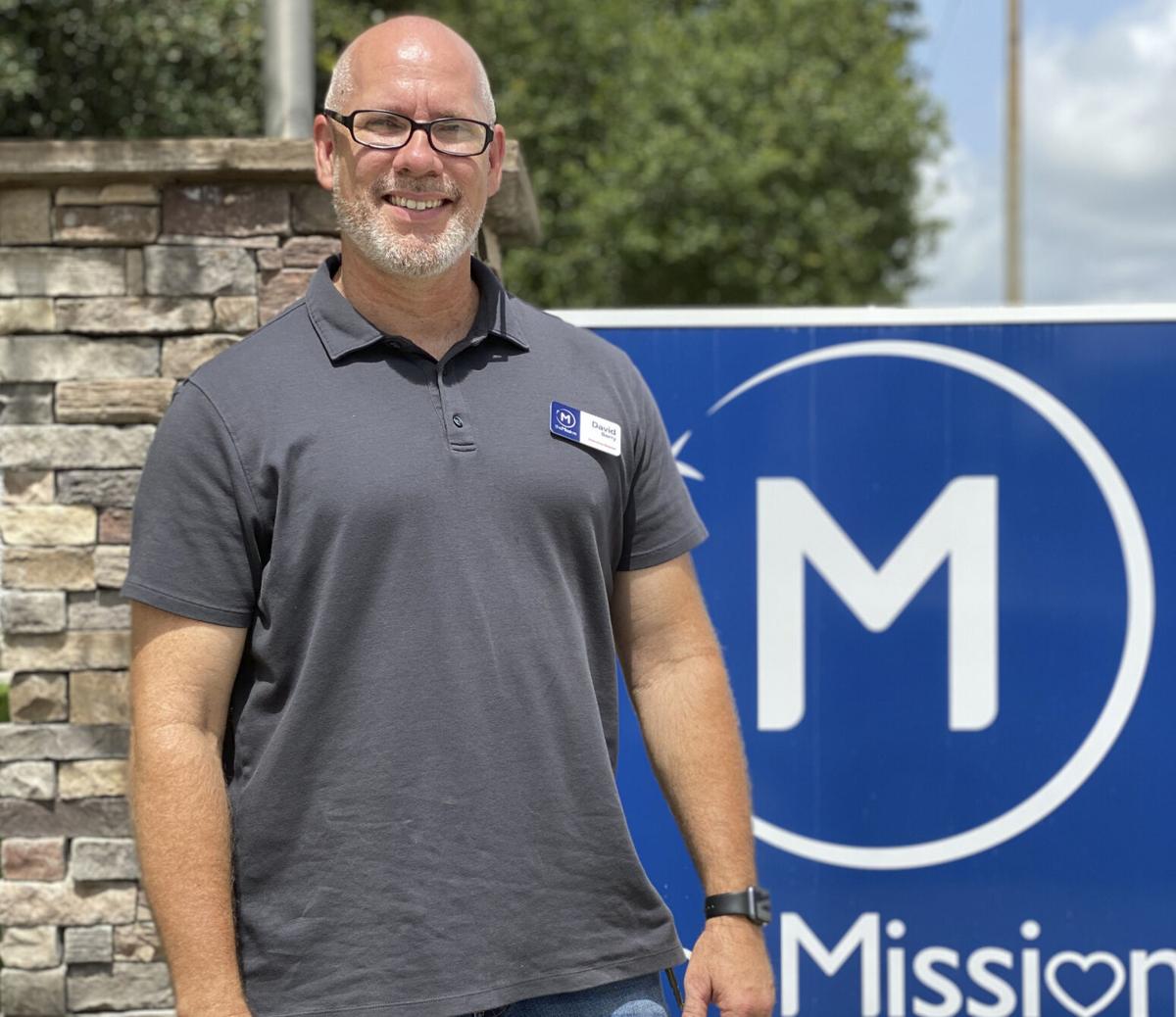 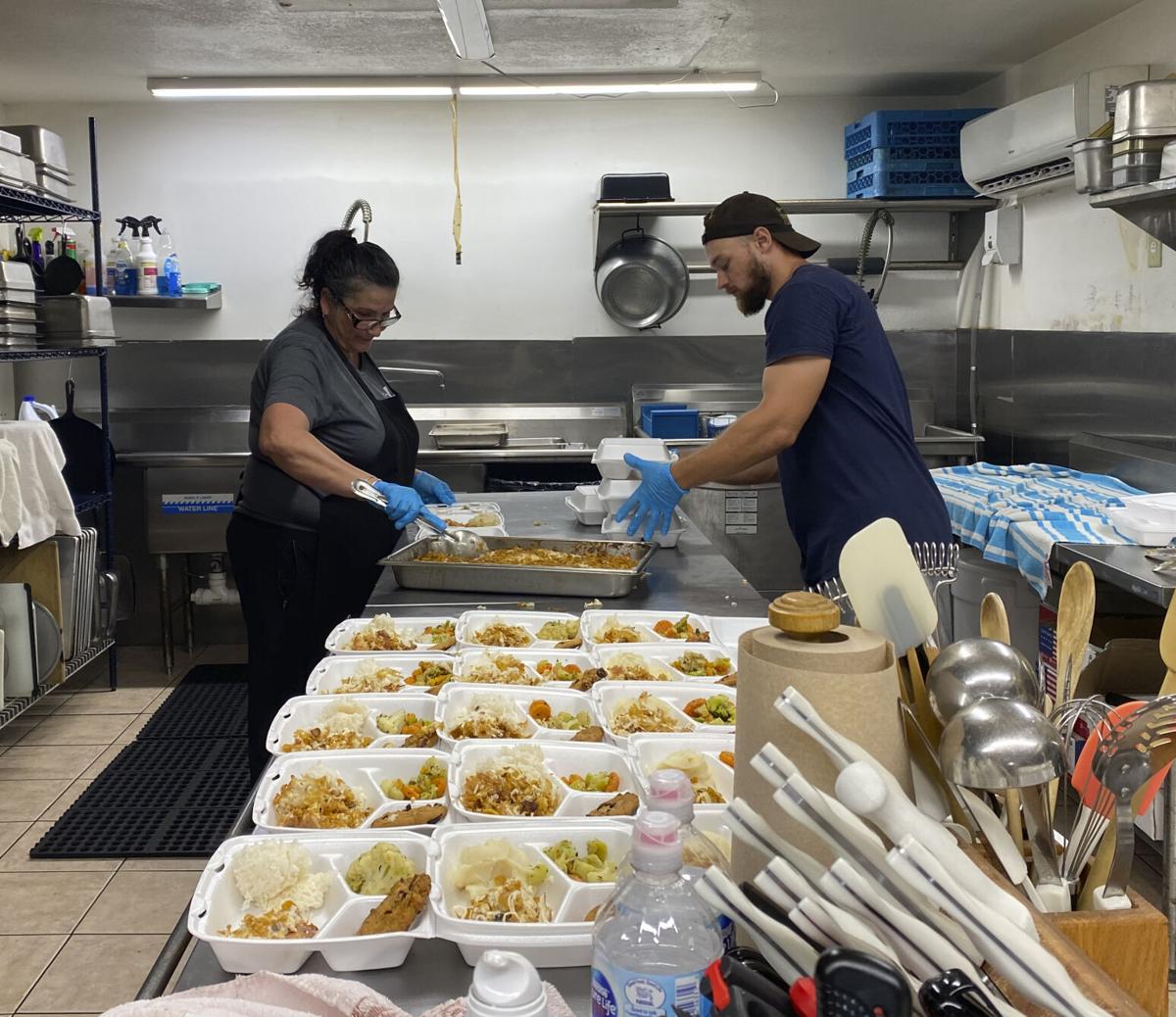 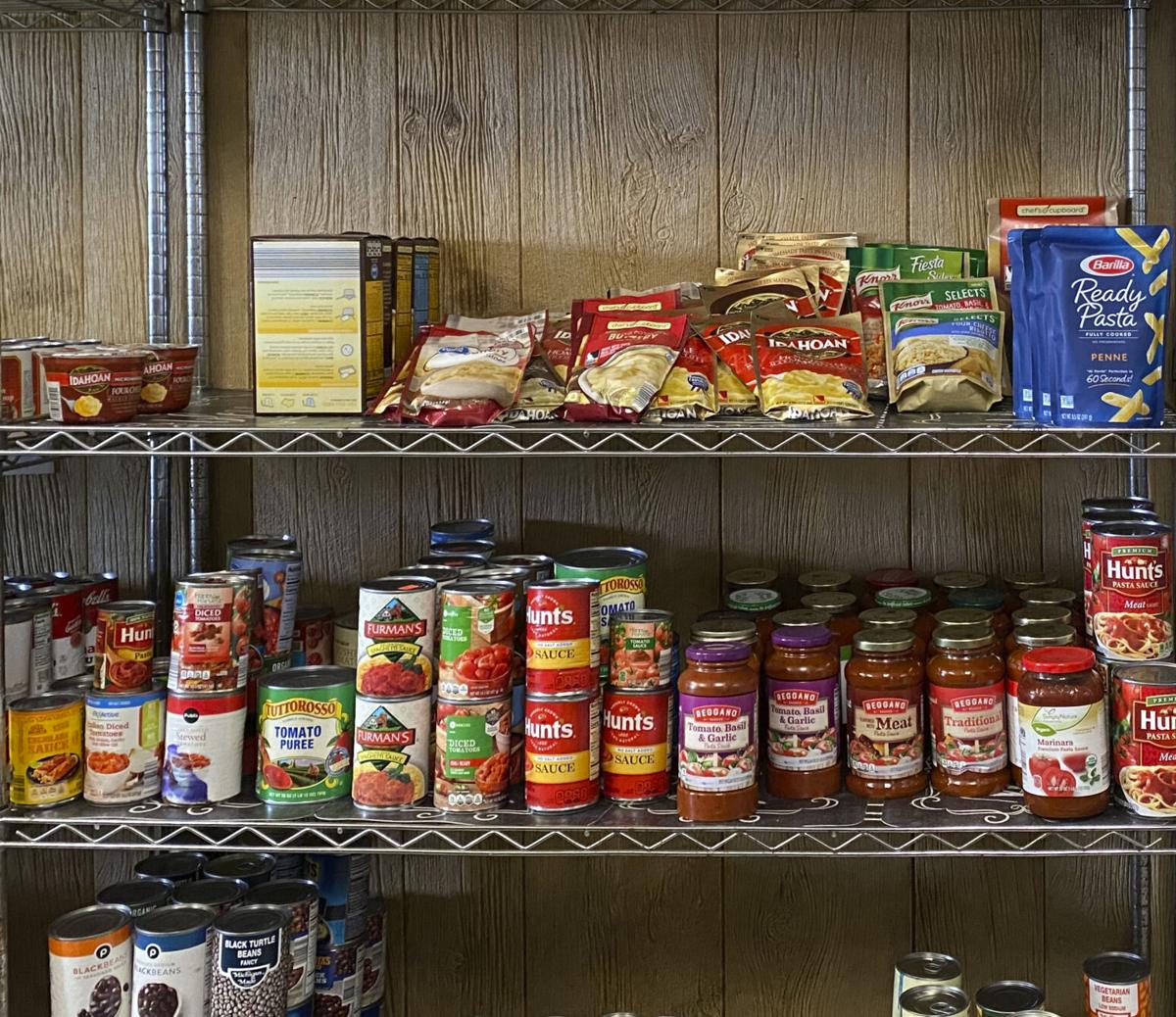 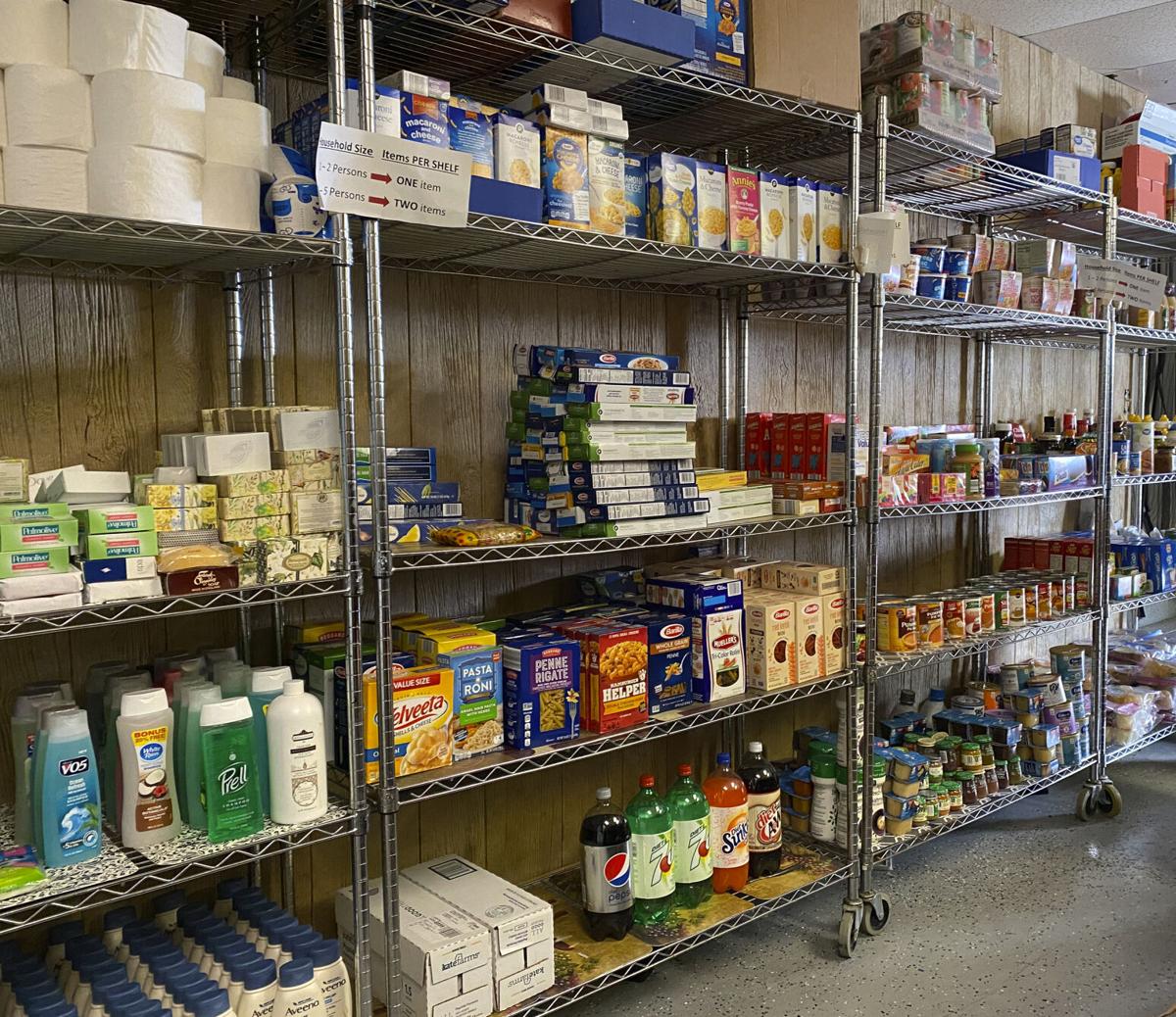 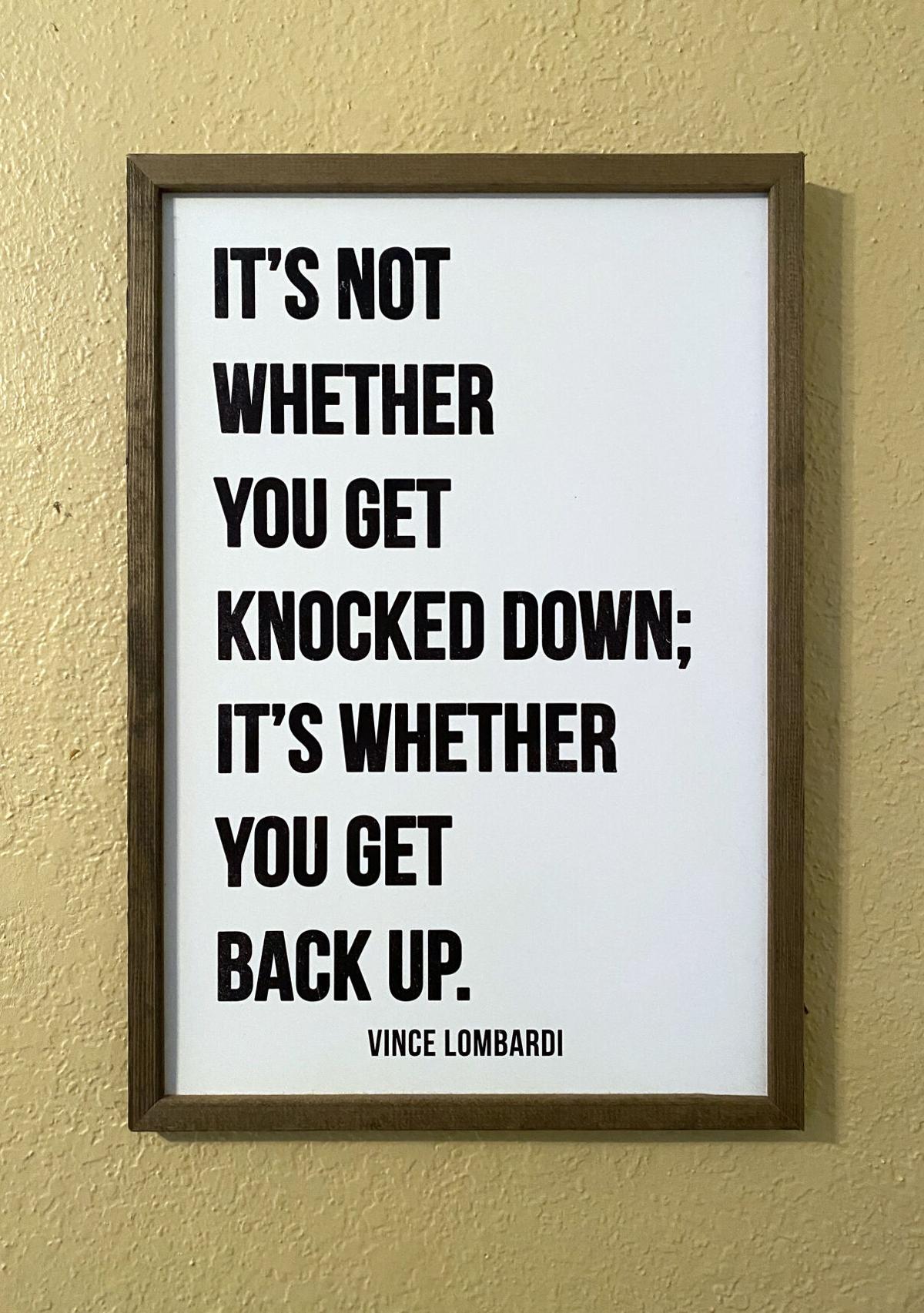 A hot meal, a phone call, a resource, a friend, can all be found at The Mission of Winter Haven. The Mission has been feeding the community for over forty years. Kids out of school, jobs lost, and financial hardships as a result of the current pandemic have grown the Mission’s aim to provide the basics for those in need. It has been tough, but Executive Director David Berry says they haven’t missed a beat. Winter Haven has shown up in this time of need.

The Mission of Winter Haven was started in 1974 by Tom Beauregard and incorporated as a nonprofit in 1977. He began working with young men aging out of foster care and eventually feeding the community. The group moved to serving their meals out of Rotary Park collecting the support of volunteers and churches along the way.

The Mission moved to the old Hill Building on Third Street and continued to grow. In 2000, their current property on Central Avenue came up for sale. They relocated to that building, built in 1916, where they serve today.

David and Arlene Berry moved to Polk County in 2004 for a youth ministry position. Looking for a place to bring the youth to serve that Thanksgiving, the Berry’s found The Mission of Winter Haven. David became more involved with The Mission, eventually joining the board and becoming the Executive Director, along with his wife Arlene who is the Executive Manager.

The Mission opens at 9 a.m. with a continental breakfast followed by lunch at 11:45 a.m., serving around 200 hot meals each day.

In addition to hot meals Monday through Friday, their food pantry is open for families and homeless with separate shop times for both. Twenty to 30 households use this service daily. They provide other basic needs like hygiene items, showers, clothing, and more.

Before COVID-19 when people were allowed inside the building, they would have different activities throughout the week like Movies and Motivation on Monday, art therapy on Tuesday, small groups on Wednesday, a game day on Thursday, and fellowship on Friday.

The biggest misconception Berry says is that The Mission is a homeless ministry. In tracking those who use their services, Berry said, “We were at 12% of those we serve being homeless. Now it’s up to 25% maybe even closer to 30%. But it’s still not the majority. The majority we see are low-income families and also our seniors.” Seniors are a group overlooked as being food insecure, but often their fixed incomes don’t leave room for adequate groceries. “A lot of them can’t afford other services or at the end of the month, there aren’t enough funds left over,” said Berry. The Mission can feed seniors and help them to navigate other concerns. “Sometimes they just need help making phone calls, making appointments,” he said. Once a week The Mission has an insurance professional come in to answer any insurance questions they might have. “We’re always looking at how we can do it better. Where is there a gap in service?”

As the number of coronavirus cases went up, so too did the number of families in need of The Mission’s services. “We’ve had so many first-time families come into our food pantry that have never had to have help before,” said the executive director. “Some families were losing their homes and had to get into a motel or live in their vehicles because they couldn’t afford their mortgage or their rent.”

Polk County Schools began doing pickup lunches to feed children who might live in food-insecure households. The nearest pickup site for The Mission’s immediate area was seven miles in each direction according to Berry. The nonprofit reached out to the school board who in turn designated them a pick-up spot, doing a hundred or more lunches when they come. They are still coming two days a week, Monday and Thursday, during summer break. Families don’t even have to leave their car to pick up meals for the children and Berry added that they can pick up a hot lunch from The Mission if they need food for themselves too.

“Between using the food pantry, Polk County Schools coming, and also kidsPACK […] it has really helped with the increase in numbers,” he said.

Families in need come in person to fill out an application and speak with a resource counselor. “We make it convenient for them and as least invasive as possible so they can feel comfortable,” Berry said. The Mission has someone in the pantry who can work with them to shop, allowing them to choose their groceries from cans and dry foods to cold and perishable items. “You have to swallow a lot of pride to ask for help. But, at the same time, what are you going to do?”

“During this whole COVID experience, the community has been such a huge support system,” he said. The Mission’s concern at the onset of the pandemic was the increase of people in need. The Mission does not receive government funding and relies on the generosity of the community to fuel its services. Earlier in the pandemic, grocery stores limited quantities, and with folks out of work, those who would normally be able to donate goods or money may not be able to.  Berry and his team put out the word that they could use hot dishes and casseroles to feed people. “Ten large pans of lasagna can feed 200 people,” he said. If one person could bake one and get 9 of their friends and family involved, 200 mouths could be fed that day. “That started a snowball effect. Now, there are 2-3 days a week that we get casseroles coming in.”

Not only are the hungry being fed, but parents are also using this as a way to get creative with their children’s distanced learning. Like a mother who made strawberry muffins with her kids to bring to The Mission, using ingredient measurements as a creative math lesson along with lessons in kindness and service.

The community has helped in other ways, from the police department serving at the Mission once a month, to restaurants in town preparing meals, and the city providing pop-up tents for when The Mission had to move its services outside. “The City has been a huge support to us during this time,” said Berry.

“I’ve been here for fifteen years – I’ve never seen a food supply come in like it’s been during COVID,” said Berry. “Between the schools coming and the community – it’s been amazing.”

If you would like to organize your friends and family to make casseroles for The Mission of Winter Haven, contact them to be put on the schedule. If you want to bring in one casserole or hot dish, they can supplement that into their daily meal. Through August, The Mission is receiving donation drop-offs on the second and fourth Sundays of the month. An ongoing need for The Mission of Winter Haven is food for their pantry and food they can cook to give out. It only takes about three cases of chicken to serve a meal to 200 people. Also, kid-friendly foods that are easy to open and eat, hygiene items, insect repellent this time of year, and financial support.

A Spoke in the Network

“When people ask us, what’s the main thing people need? What’s the biggest need? Money, food, volunteers – those are given. The greatest need that people have is a support system. That’s what The Mission is, we are a support system for folks,” said Berry. “There are resources all around us, and The Mission isn’t the biggest and the best, but we’re just proud to be one of them.”

Berry says The Mission doesn’t want to duplicate services, but rather fill the gap where they can. “We work like the hub of a support system. We will do the basic needs, get them stabilized, find out what their needs are. If we can meet their needs here, great. If we can’t we’re going to get their needs met somehow through networking.”

This pandemic has meant many things. It has meant lost lives, lost jobs, lost homes, lost food security. If we can find anything through these losses, may it be a reinforced sense of humanity. My editor told me after the interview that as she sat in The Mission she was overcome with sadness, fighting tears. “We are all a heartbeat away from needing this,” she said. It is important now more than ever to care for yourself and spread that care, and if you’re able to, spread your resources, spread your kindness. The Mission of Winter Haven is a good place to start.

The Mission of Winter Haven