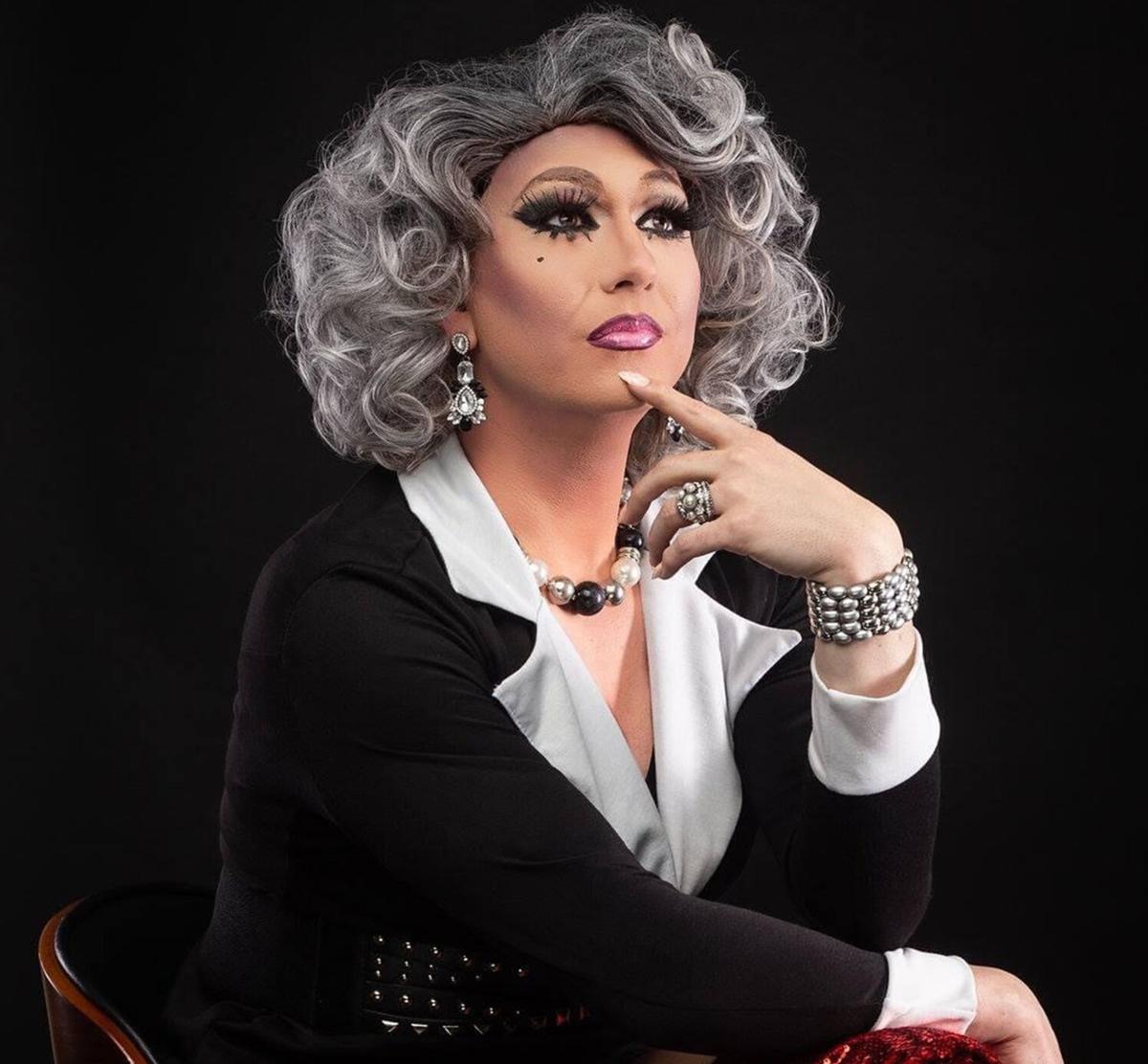 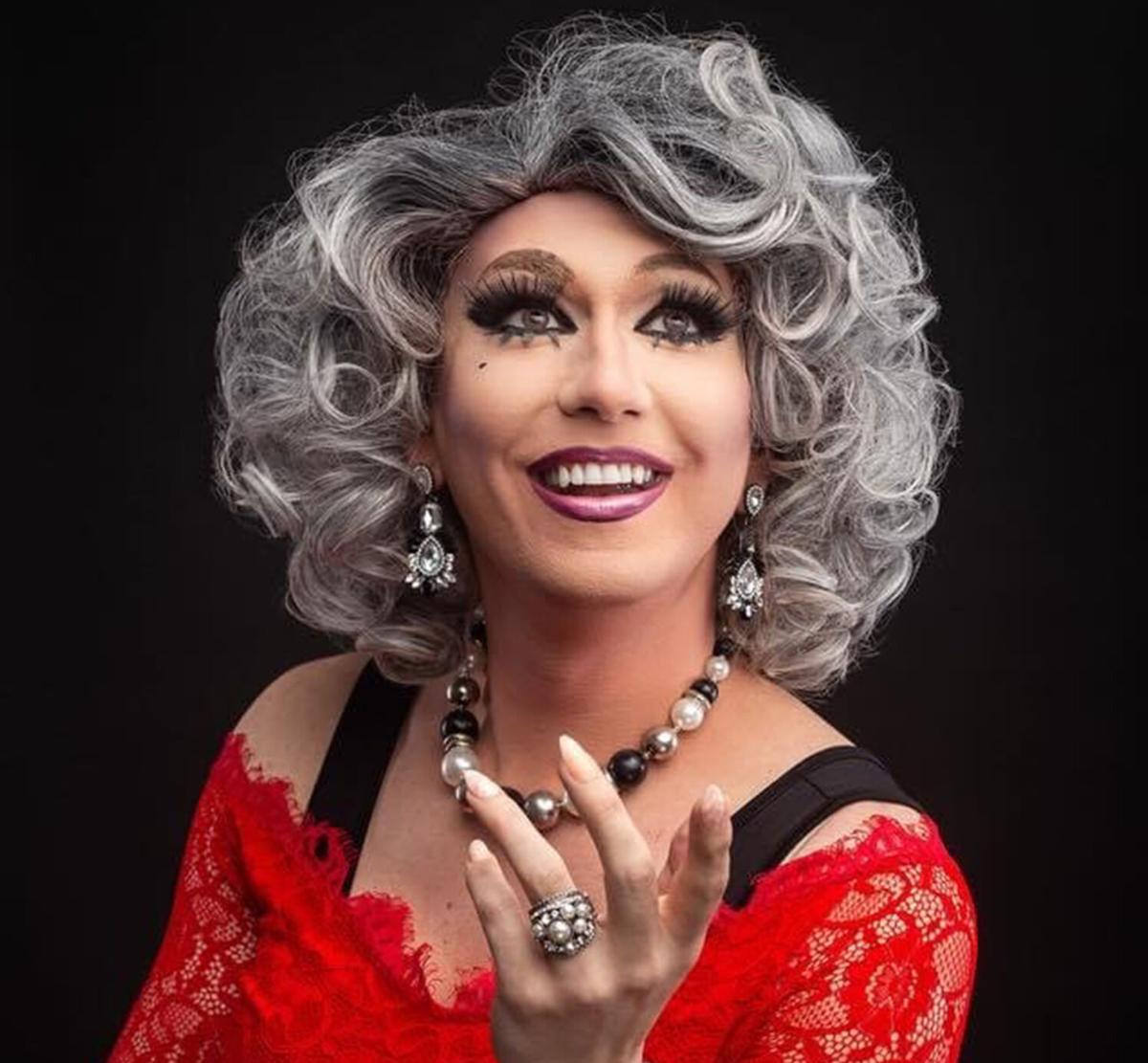 Apart from the work they put into performing, drag queens have historically been champions of change for the LGBTQ+ community. Queens like Marsha P. Johnson, the transgender drag queen who was one of the first to resist police during the 1969 Stonewall riots, which are widely regarded as an impetus for the gay rights movement. Yes, drag queens can be campy and quippy and read you to filth while wearing 6-inch heels, but they are also powerful and positive role models for self-expression and confidence – queens like Trishelle Michaels.

Terrance Reeves is a Florida native, born and raised in Central Florida. He moved to the Winter Haven area in 2009, where he lives with his husband of ten years. Reeves, a bowler for 35 years, works in the bowling industry at Kegel LLC in Lake Wales, manufacturing lane machines that clean the lanes. He’s been with them for 16 years.

Reeves has been a highly competitive bowler for quite some time and was even on the Professional Bowlers Association (PBA) Tour in the exempt field from 2008 to 2009. He was among the top 64 bowlers in the PBA at that time. His family built a bowling center in Brandon in the early 80s. Reeves described bowling as a serious side of himself and feels fortunate to work in the industry. “I enjoy going to work every day. Not a lot of people can say that, and I’m just really blessed and fortunate,” he said.

Another meaningful part of Reeves’s life and work in its own right is his drag queen persona, Trishelle Michaels. When Reeves came out in his early twenties, he wandered into the world of drag. “I never said ‘This is what I want to do,’” said Reeves. Through friends at what was then Club Chambers, and The Male Room in Tampa, Reeves got to work alongside drag queens who were great at what they did. He found a niche, and the rest is history. Reeves began performing as Trishelle Michaels with the help of her drag mother, First Lady of Ybor, Joey Brooks. “She was a big influence. She gave me an opportunity to let me hone in on my skills, gave me tips, and made me better. Without her direction when I first started, we might not be having this conversation,” said Reeves.

Reeves is thankful for the queens that paved the way and gave him opportunities throughout his drag career, noting that they “set the pathway for us to be where we are now.” Along with Joey Brooks, Reeves named Crystle Chambers and Kathryn Nevets as inspirations who have helped him with opportunities and guidance.

“You can’t do it alone,” he said. “You’ve got to listen to people sometimes to make yourself better.”

“Trishelle Michaels was born through MTV and audience decision,” said Reeves. After hearing the name Trishelle on MTV’s The Real World, he loved how unique it sounded. ‘Michaels’ was voted on by an audience at a bar when Reeves first began performing. He gave them options, the audience voted, and it stuck.

“Trishelle is a role model. Trishelle is a promoter. Trishelle is someone that you could come and talk to, that you could message if there are any questions regarding gay life, regarding life in general, […] I think it’s important to make myself available to those people,” Reeves said. And there have been people who have reached out to Trishelle for advice. “Within the past ten years since I’ve been here in Polk County, I’ve really made an effort to be someone that can be looked up to without people feeling that they can’t talk to me.”

As for Trishelle’s style, Reeves said, “In drag, there are different genres. Just as there are in music, you have different styles of drag. [...] I’m definitely a businesswoman when it comes to my drag. I’m not the high glitz and glam. I’m very straightforward with who I am and what I do with it.” With years spent in the world of competitive bowling, Reeves wasn’t interested in competing when it came to drag. “I try to be myself,” he said.

Just as there are many genres in the community, so too are there many people and personalities. Drag queens are not a monolith, expressed Reeves. One misconception about the drag community, he said, is that they are all the same. “People might think that I’m flamboyant and all that, but they have to know, for me, that’s just a side of who I am. I’m super chill,” he said. Reeves is also very into sports. “This is where me and the other queens are completely different. They want to go to the movies, and they want to go out to the theme parks, and that is totally not me.”

Lip syncing, killer costumes, and comedy are all part of what makes Trishelle Michaels dynamite on stage. “When I’m on the mic, I try to make people laugh. I think that’s one of my attributes and what draws people into me is my personality,” said Reeves. “I’ll be the first one to laugh at myself. I’ll make fun of myself because, at the end of the day of those shows, I’m a man in a dress. I am fortunate enough to be comfortable with myself.”

Preparing for a show is no small feat either. It can take upwards of two or three hours to get ready. Few outside of the drag community know the actual work that goes into getting glammed and ready for a stint in the spotlight. “We’ve got to shave, and we’ve got to put the makeup on, we’ve got to put the outfits together and pack the bags. If we go into a show and we’re asked to do two, three, four songs, that’s an outfit change every time,” said Reeves. Four outfit changes means four wigs, four pairs of shoes, and jewelry for each getup – it’s a lot.

“When we’re changing, we have just a couple of minutes per song to change from one to another. There’s so much work behind the scenes that people don’t see,” he said. “I think it’s important for those younger queens to know that it’s not just putting on makeup. It’s not just putting on a new wig. It’s polishing up what you do and making it better next time.”

Drag goes beyond a larger-than-life personality and top-tier performance chops; it requires a nose to the grindstone work ethic. “Some people are scared to work, and that’s why you see some people fade out in this business,” Reeves said. “If they don’t have a good work ethic, they’re probably not going to make it.”

“We’re presenting something we’re not, but we’re also presenting something that is fun and eclectic and entertaining,” he said. “It’s self-gratifying to get in heels and be like, ‘Okay, it’s time to go to work.’ If I didn’t enjoy it and I didn’t love it, trust me, I wouldn’t do it because there is a lot of work that goes into getting ready.”

A conversation with Reeves and a look through any of Trishelle Michaels’s social media posts reflect an air of gratitude and encouragement. She is an uplifter of others. “That’s one thing I try to project and to bring, whether it’s a smile or a thought to somebody’s day. My drag, I don’t specifically do it for me. I do it for others even though I do enjoy doing it.”

Reeves says his positive attitude is a reflection of how he was raised. “My family, they weren’t so accepting of the gay side. It was just recently in the past couple of years that my mom and stepdad came to a show,” he said. “They’re very accepting of it now and understand that it’s a sort of work for me, and they see the positive side of it.”

“They definitely raised me right. It was just something new for them. I think that sometimes the straight people that go to these shows – it’s something new for them,” he said. And in many of the areas around Polk County that Trishelle performs shows, the crowd mainly consists of straight people. “If I can bring them to a comfort level to join in on a show, that is probably the biggest highlight for me. [...] I want them to laugh and enjoy entertainment. And that’s really what drag is – entertainment.”

When she’s working, Trishelle finds that she is very focused on producing a show that people enjoy, talk about, and ultimately want to return to. “At the end of the night, when you have a successful show, there’s no other feeling than accomplishment,” Reeves said.

Trishelle Michaels has sage advice, not just for drag queens. She strives to be inclusive of everyone. “Gay comes in all different shapes and forms – it’s not just me. […] We’re all different. We all have opportunities to be ourselves. There are a lot of drag kings that don’t get the attention that we get. I think it’s important that we all share the spotlight. [...] That is definitely one of my areas where I try to do great work, to share my spotlight and my opportunities with others in the community, especially on the entertainment side.”

According to Reeves, the Polk County drag community is small but mighty, with around fifteen queens heavily involved in performing locally. “Opportunities sometimes aren’t as much because we’re in Polk County, and it is so easy and accessible to get to Orlando or Tampa, but that’s not what I want to do. […] I focus my energy locally. I have no big desire to go to those other markets.”

Places like The Parrot, Balmoral, Frescos, and Gary’s Grove host regular or quarterly drag shows. Michaels hosted Polk Pride in 2019 and has been a regular performer at The Parrot in Lakeland since moving here in 2009. Another go-to spot is The American Legion in Winter Haven. Next year will be her fourth annual show there. She also helps their members get dressed up to raise money for their charity efforts.

Asked if he had any advice for someone reading this who may want to try drag or is just starting, Reeves answered, “Do it. You’re not learning or creating anything if you’re not making any mistakes.” Like everything else in life, the more one does an activity, the better one becomes at it. “Just do it, give it a shot. What do you have to lose?”

Follow Trishelle Michaels on Facebook and Instagram to see where she’ll be performing next. She is at The Parrot two times a month and Gary’s Grove and Balmoral quarterly. To book Michaels, for more information, or with any questions, reach out to her through social media.