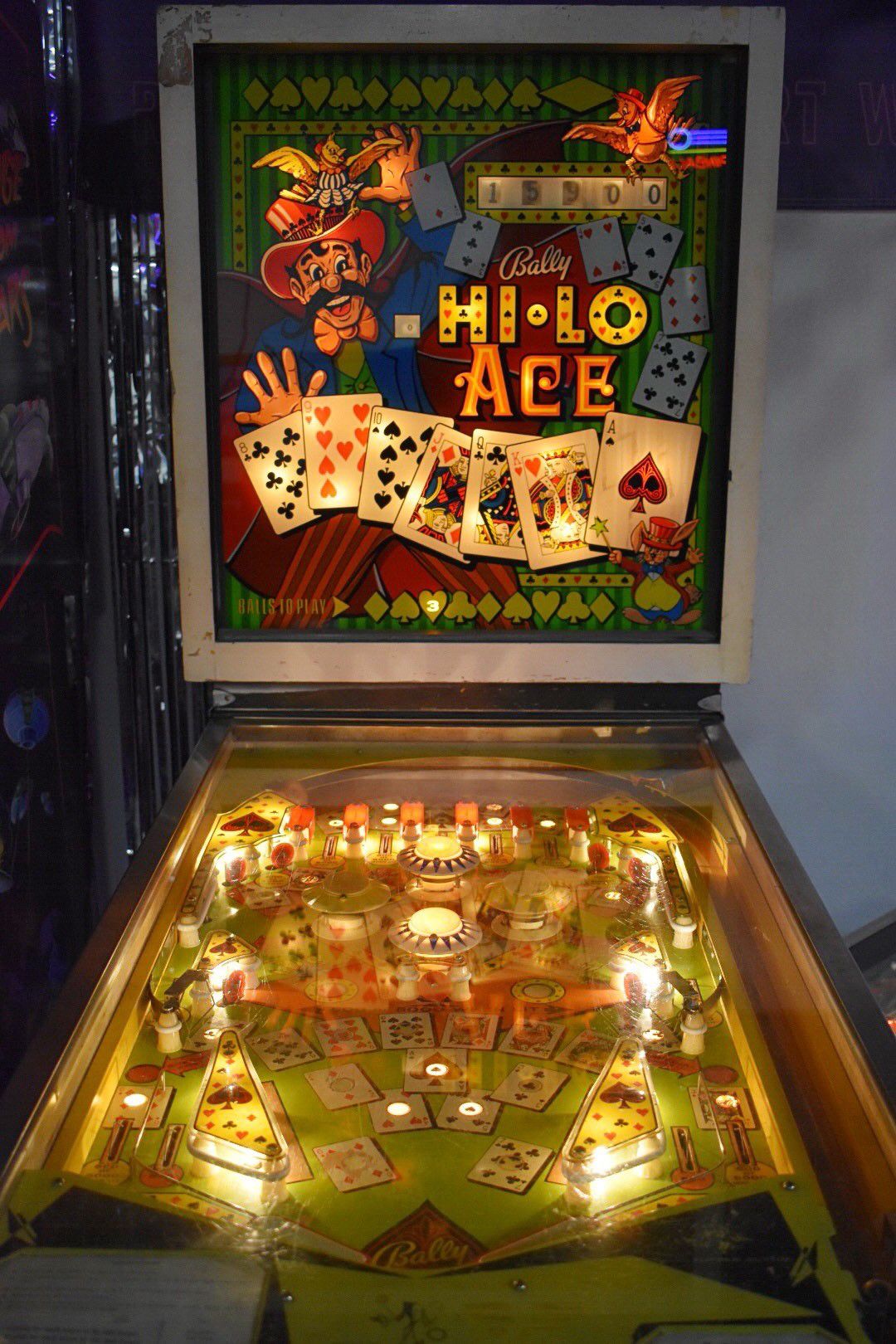 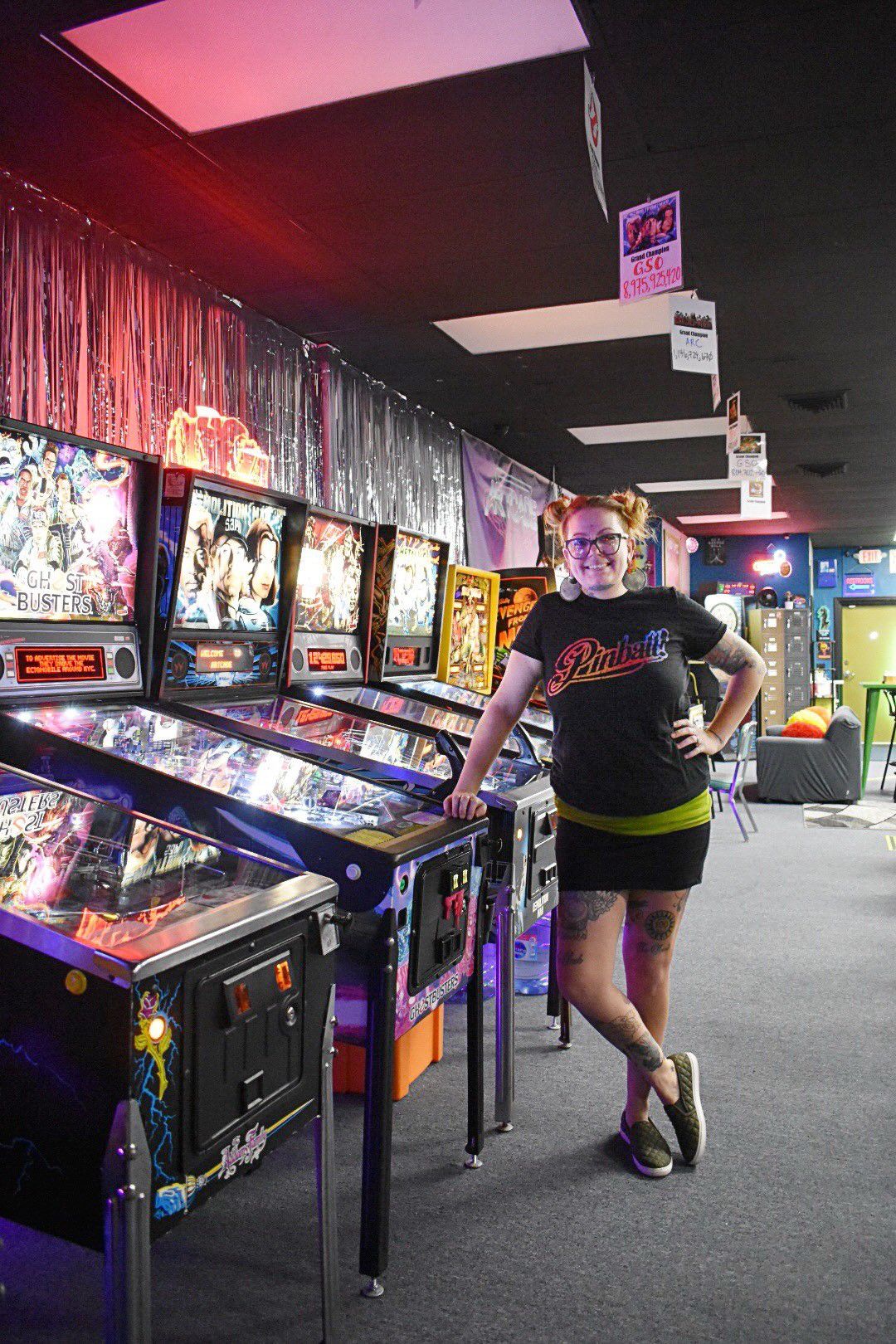 Originating from the parlor “Bagatelle” tables based on European lawn games, pinball machines have evolved from their primitive prototype to all the bells and whistles of the modern-day. Through the years they moved from Electro-mechanical to Solid State, and now more modern fixtures with licensed-themes like pinball adaptations of “The Addams Family” and “Revenge From Mars.” Arcade culture was born and evolved along with these machines and have gone from a staple in any teen’s social life in the days of disco, perms and leg warmers, to make a nostalgic resurgence in popularity.

Winter Haven native and pinball enthusiast Leah-Jean Jett certainly loves all the bells and chimes. In fact, she’s the Florida Chapter Director for Belles & Chimes, an international network of inclusive women’s pinball leagues run by women, for women. “I got hooked on pinball the first time I played,” Jett remembered. That was in 2010. She took to the game and began competing in tournaments and collecting machines, snagging one anytime she had the extra cash. When she ran out of space in her living room, it occurred to her to spread the happiness that pinball brought her. So, she set out to open an arcade.

Also around the time she first took to pinball, Jett visited San Francisco where they had bar/ arcade concepts like Brewcade. The San Fran pinball scene inspired Jett to bring the revelry of pinball back to Polk County sans the booze.

She started her blast from the past business, Artcade, in August of 2018. “I wanted to create a space that was kid-friendly,” she said, something for the whole family.

The doors of the Bells Alley arcade open to a dimly lit, retro-inspired space complete with neon signage adorning the walls. A line of shimmering silver steamers is the backdrop for a row of  pinball machines spanning the decades. The clanging and flashing 1973 Hi-Lo Aces is the oldest machine at Artcade. You’ll also find movie and television themed machines like her 1977 “The Lost World” and a “Ghostbusters” pinball machine.

“Leave your quarters at home,” Jett says. All of the games are set to free play with an hourly rate of $8 or unlimited play for $15. The pool table, 80s jams, and an assortment of other arcade games make Artcade feel like it was dropped into Winter Haven right out of a time machine. The  selection of video games like XBOX 360, PS2, Nintendo 64, and Super Nintendo will bring you back to present day.

As the name suggests, in addition to being a favorite hangout spot for retro game junkies, Artcade also showcases local art and hosts art events. Once a month they host an art show, as well as an art night where patrons can bring their own to work on or participate in a guided art night.  Why was it important to the owner to marry these two concepts? “Because I’m an artist at heart,” said Jett. Before Artcade, Jett owned and operated The Piercing Boutique in town for seven years which she recently closed to focus on Artcade. As a body piercer, skin was her creative medium.

The arcade offers snacks and beverages for donations and welcomes guests to order in or bring food (though it would be cool if you could slip them a few bucks as a donation to help keep the pinball lights on).

A fan favorite at the arcade is their Artcade Monthly Meetup IFPA (International Flipper Pinball Association) Tournaments. “The first time I ever won money at a pinball tournament, I was like ‘Woah – you can win money at a pinball tournament,’” Jett smiled. “So, I wanted to start directing them.”  These IFPA sanctioned events are much like a tournament in any other game or sport. Players compete year-round to win prize money, bragging rights, and a trophy.

Folks flip out for these events (pun intended) driving from two and three hours away to compete in the monthly tournaments. Jett uses a program to generate a group of players to compete. From there they go round by round with a 3-strike rule until it gets down to a final winner. Cash payouts are awarded to the 1st, 2nd, 3rd (and sometimes 4th) place winners.

In addition to the IFPA tournaments and art nights, Artcade is available for birthday parties and other events (with different party packages available), Dungeons and Dragons campaigns, as well as tournaments set up by guests.

The age range you’ll find manning the flippers at Artcade is a mixed bag. From first dates to bro dates, to family game night it has proven to be a hangout space for everybody. Whether you’re into the art or the arcade, plan to bring your friends or make some new ones at Artcade. Who knows, you might just beat a pinball high score and get your name above a machine!

“Our mission is to reach all kids, particularly those who need us the most to reach their fu…