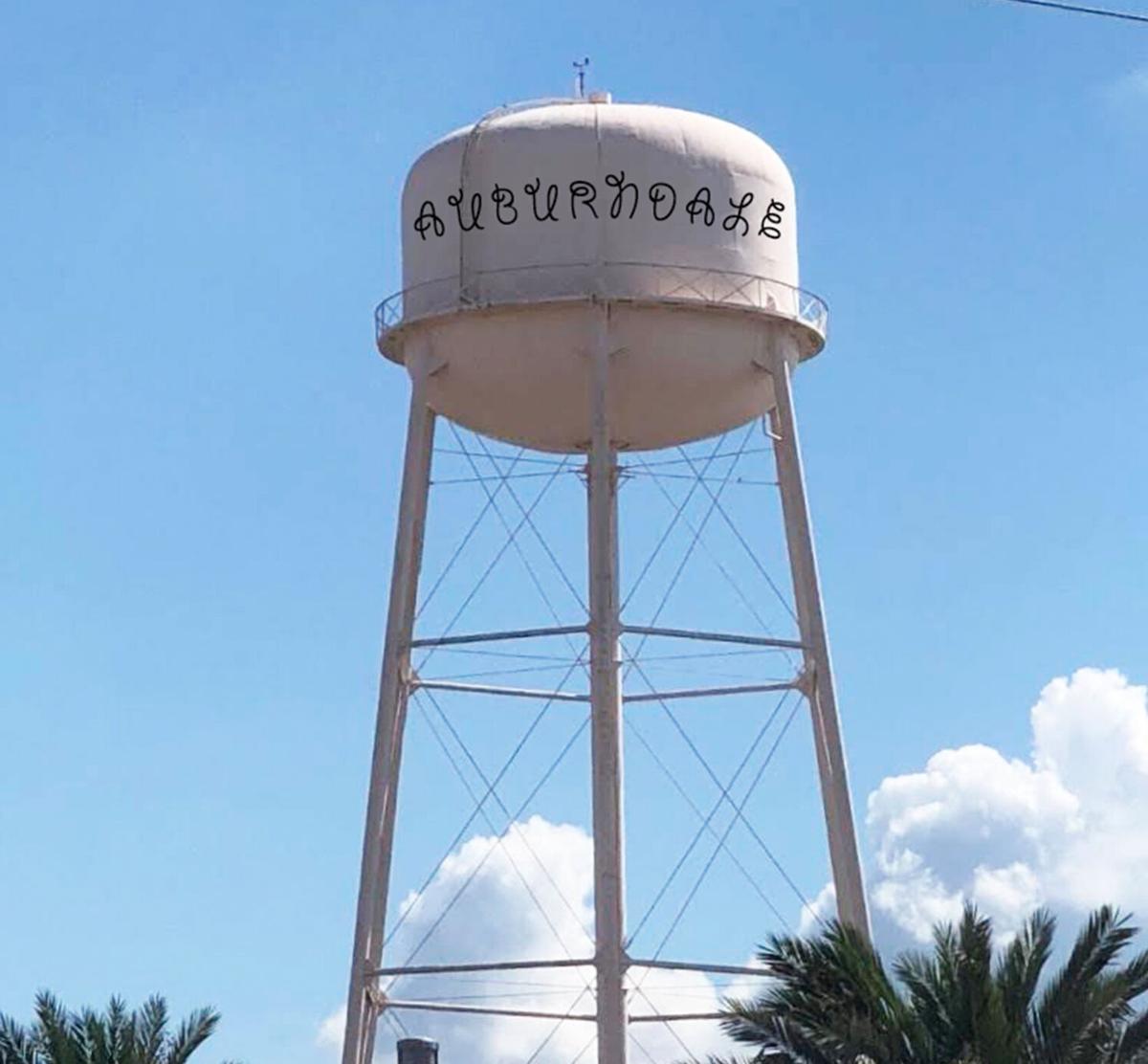 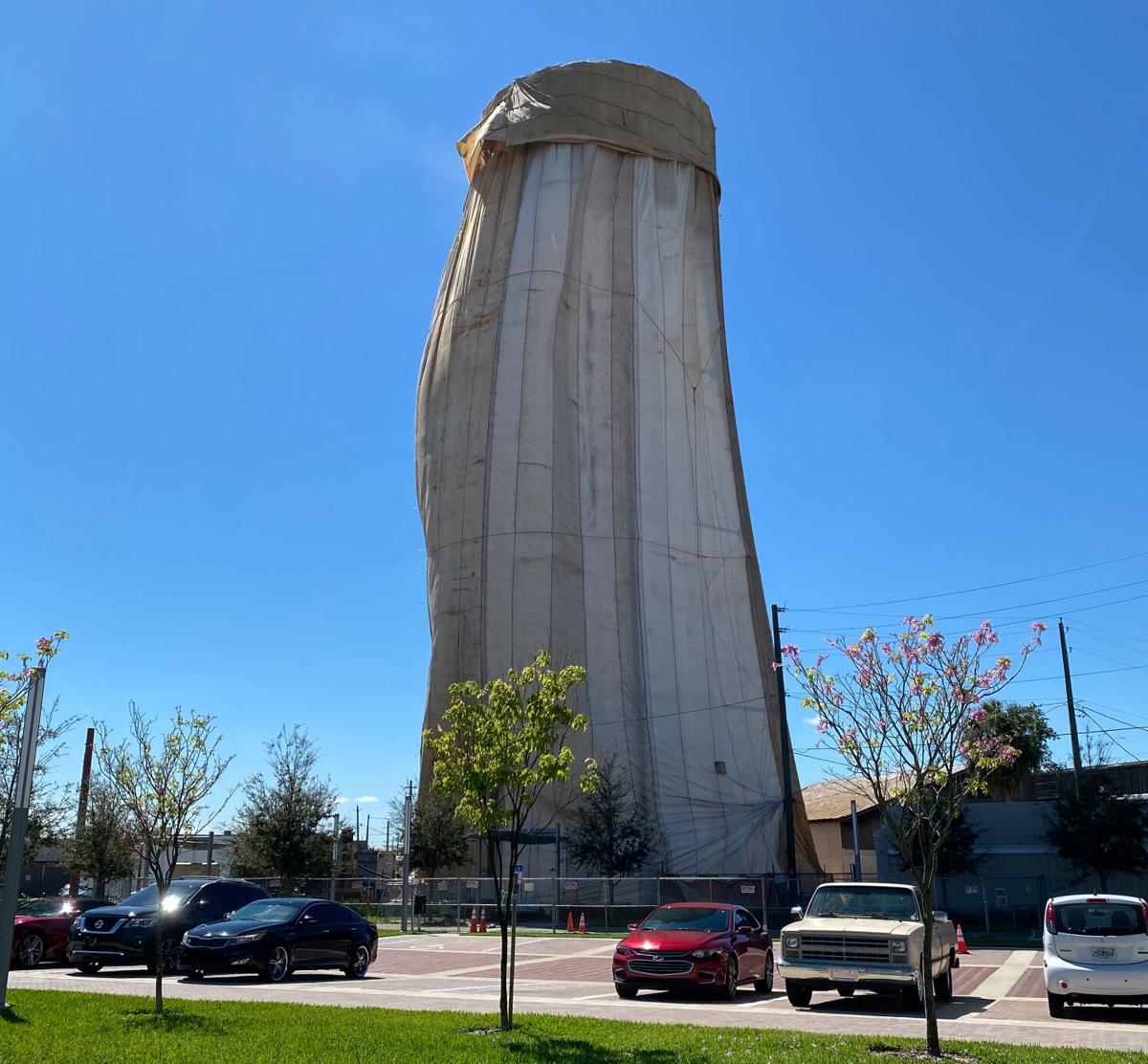 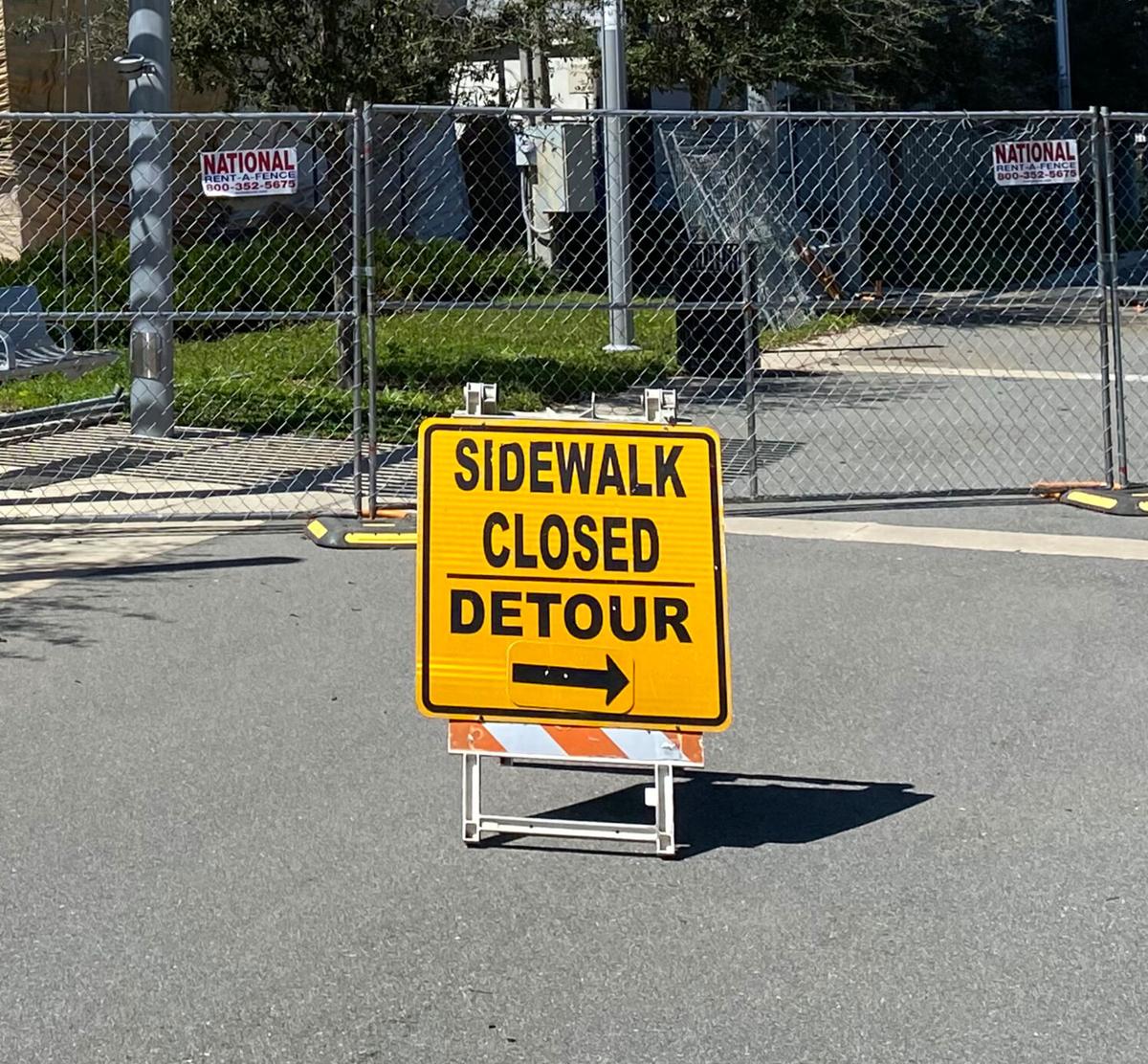 Relations between Winter Haven and Auburndale have sprung a leak over a new design on the downtown Magnolia Watertower. The tower was covered last month while undergoing phase I of a project that will include “major maintenance including a fresh coat of paint,” according to a February 11, 2021 press release by The City of Winter Haven.

In this first phase of the ongoing beautification project, the tower will be painted with a base shade called “warm sun.” For roughly two weeks during the renovations, elements around the tower, including the walking trail, were covered and closed to the public. A protective sheet was hung around the water tower so its surface could be sandblasted and painted. “This type of maintenance not only improves the appearance of the tower but also prevents corrosion and protects the life of the tower,” according to the city.

The press release went on to say, “While there has been much dialogue about a special logo or graphic on the tower, it is still in the discussion stage. This initial neutral paint shade will serve as the first phase of the process. Once the partners involved reach an agreement, the base paint on the tower will prepare it for the second phase of additional painting.”

Partners reached an agreement on March 15 when The City of Auburndale stepped forward with funding for the final design. “Creative rights went to the highest bidder. Auburndale just wanted it the worst, I guess,” said one confused Winter Haven city official.

The Magnolia Watertower, located in downtown Winter Haven, will sport The City of Auburndale logo, a map to the city, the puzzling sentiment ‘Welcome to Auburndale,’ a mural of Auburdale’s official city animal, the screaming hairy armadillo, and a series of ‘Auburndale Fun Facts.’ We were able to obtain a preliminary list of ‘fun facts,’ which includes:

“The ‘I’m not sure what to do with my hands’ scene in Talladega Nights: The Ballad of Ricky Bobby was filmed at The Auburndale Speedway aka The ‘Dale.”

“Auburndale has more supermodels and macaroni per capita than any other city in Polk County.”

“Tom Hanks bought a vacation home in Auburndale so he and Rita can have Peebles Bar-B-Q whenever they want.”

Only one of these statements can be confirmed true at the time of publication.

“We’re looking to capture tourists from the area and show them what we have to offer,” said Auburndale’s Chief Tourism Advisor, Alexa Chambers. “We’ve gotten some pushback from Winter Haven, but to those detractors, I say, ‘Water you going to do about it?’”

Local grassroots movements, ‘The Alliance of Bryan’s Who Think The Water Tower Should Be Painted Like a Stormtrooper Helmet’ and ‘Citizens for Less Church Bells’ are pooling their resources to fight Auburndale’s busy non-Winter-Haven design and other ‘community ails.’ The latter group aims to compromise with an area church that chimes every hour on the hour. The group would like to see a less frequent bell schedule or temporary relinquishment of the church iPod to another person or party… literally any other person or party.

Designers city-wide are in an uproar about the conversation surrounding not only the ‘fun facts’ that have yet to be proven true, but more importantly, the font selection.

“We want it to be super fun. We want folks driving by or walking downtown to say, ‘Wow, now that’s a water tower,’” said Chambers. The current fonts in contention are Curlz, Comic Sans, Zapfino, Papyrus, Brush Script, Helvetica, Impact, and Courier New. “We have so much copy to include, we may end up using them all. I think such an avant-garde choice would make sense coming from the trendsetting metropolis that is Auburndale.”

“I feel attacked. They have to be doing this on purpose,” said one hot-headed bespeckled magazine graphic designer.

Supermodels and Comic Sans aside, phase II for the Magnolia Watertower will begin next month and is expected to finish up by mid-July. An official ribbon-cutting for the mural is slated for early fall. The ribbon-cutting will be held along the walkway below the tower. It promises to be a family-friendly event where folks can pick up informational pamphlets about the great city of Auburndale, enjoy a screaming hairy armadillo petting zoo, and all-you-can-eat macaroni. According to the Auburndale Tourism Office, Tom Hanks will be in attendance. To register in advance for the macaroni-eating contest at the Magnolia Tower ribbon cutting on April 32, email april_foolz@havenmagazines.com.

Scifo on Sushi, Soccer, and Shampoo