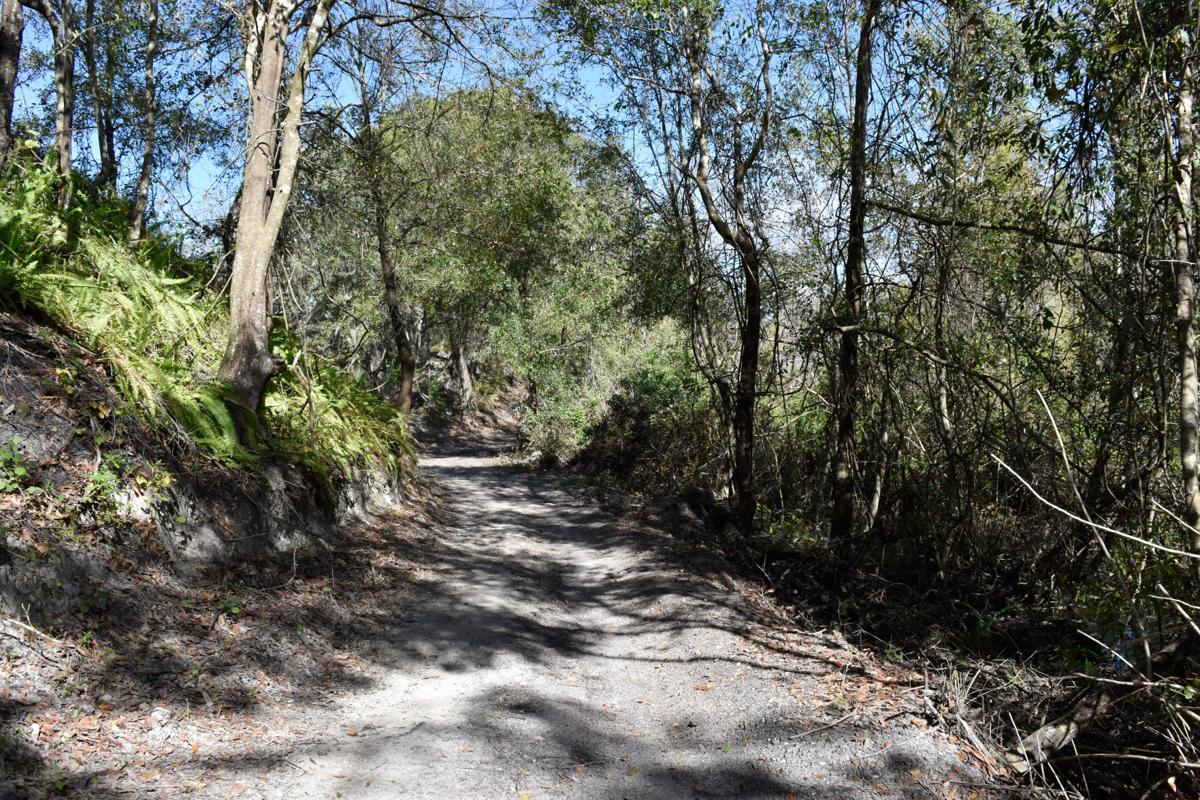 Around 12 years ago, a group took their interest in a public place to ride ATV’s to Polk County. The county instituted an ATV committee to begin looking for the perfect site, touring 100’s of pieces of property. Eventually Mosaic worked with the county to buy the initial 200 acres of  mined land with the option for 300 more for what is now, Bone Valley ATV Park.

Before the park opened in February of 2015, the closest public park that ATV addicts could go to was Croom Motorcycle Area at Withlacoochee State Forest in Brooksville. Now, Polk County gives the public access to adrenaline junkies near and far to enjoy the Florida weather and have a heart-pumping good time doing it.

According to Derek Harpe, Polk County Parks and Recreation’s SuperIntendent, “This place was really affordably done to the taxpayers of Polk County. We went out really aggressively for grants.” It was built so efficiently, in fact, that two-thirds of the park was built with funding from grants.

Prior to opening its gates, the piece of property Bone Valley sits on was mostly dense forest and pine thicket. “Our landscape architects went in with a GPS unit and machetes and cut out trails. It really was an endeavor, it took a year and a half, almost two years to build because it really was a raw piece of property,” remarked Harpe.

“The great part about this is it’s reclaimed mine land, which means something productive is happening after the mining process,” said Harpe. “It worked really well with what we’re trying to do. We tried to keep it mostly trees here, tried not to remove a lot of trees, we wanted it to be beautiful. We wanted you to ride our trails underneath this big oak canopy that we were lucky enough to have and we managed to do that.” According to him, 70-75% of the tracts in the park are shaded, an incredibly nice, if not necessary aspect of an ATV park in sunny central Florida.

The park has become a staple attraction to Polk County residents and a destination for those outside of the county.  Not only because of the fun to be had there but because of the quality of the park. From the trails to the parking area, to the restrooms, everything was clean and well managed to the tremendous credit of park’s staff.

The trails are all one-way and built in  3 stages, easy, moderate, and difficult, much like snow skiing trails as described by Derek. Green is easy, blue is moderate, and black is difficult. You need not worry about accidentally going down the wrong trail during your visit to the park, as they are all clearly marked. Other safety features include do not enter signs down trails of the opposite direction, stop signs to avoid accidents and orange markers along the course that tells you where you are so you can call with your location in case you do find yourself in need of assistance.

“Safety is paramount here,” says Harpe, relaying that the fences in the open areas of the course and throughout the park are designed with holes in the 4x4 posts, so they break if something hits them, minimizing the chance of injury.

Currently Bone Valley is BYOATV (bring your own ATV), but the park is hoping that by March of 2019 guests will have the option to rent from vendors which Harpe thinks will open the park up to more visitors.

The name of the park has origins in the phosphate mining industry according to Harpe. The southwest side of the county where the park is located along with portions of Hardee, Hillsborough, and Manatee were all mined extensively for phosphate. During the mining process, a multitude of bones and fossils were found, thus dubbing the region ‘Bone Valley.’ The park was fittingly named after the region, with a mastodon head as their logo.

This year, the county purchased the additional 300 acres, giving the park a total of 500 acres: 200 developed, and 300 waiting to begin developement in March of next year.

Though you can’t currently camp at Bone Valley, the development of the additional 300 acres looks to add at least one campground, near a lake on the north side of the new property. The exciting prospect of a campground will also be accompanied by more ATV tracks, hiking trails, 3 motocross tracks, and more. Construction on a motocross track on the current 200-acre property is set to begin around February or March of next year, and along with the 3 proposed tracks on the new property, is part of a partnership with Dream Traxx Motocross Track Builders to build world-class motocross tracks, right here in Polk County.

Harpe spoke on what makes Bone Valley an asset to the county, saying, “It’s an asset because it’s an attraction to bring people in. They stay at our hotels, they eat at our restaurants, buy our gas, but it’s also just for those outdoor people.” He continued, “I think once the 300 acres across the street opens up, we really will see an attraction, you’ll see people coming and spending a week here with us because we’ll have the campground, we’ll have motocross.”

During our trip to Bone Valley ATV Park, Jeremy Maready, from Polk County’s Communications Division took us on a tour of some of the park’s 15 trails. It was an absolute adventure as we left the parking lot and free riding areas, within a minute we were completely secluded, surrounded by palmetto bushes, pine trees, and a canopy of oaks. There was something so fun about combining the tranquility and solitude of nature with the adrenaline rush of the roar of an ATV navigating the dips and rivets around each turn of the park’s trails. It was a perfect fall day, sunny with a breeze, but I couldn’t help but think that after a good Florida rain how fun it would be to spend an afternoon speeding down the track, splashing through the mud. I’ll have to take a raincheck on that and report back! Cue bad joke drum sound.

Start planning your trip to Bone Valley ATV Park by visiting www.bonevalleyatv.com to see all rules, restrictions, pricing, and all other information.

From Lakeland to Nashville: JC Andersen

Florida native, JC Andersen lived the first few years of his life in Norway where his dad is…

He’s probably served you a beer at Grove Roots Brewing sometime in the past year, but don’t …