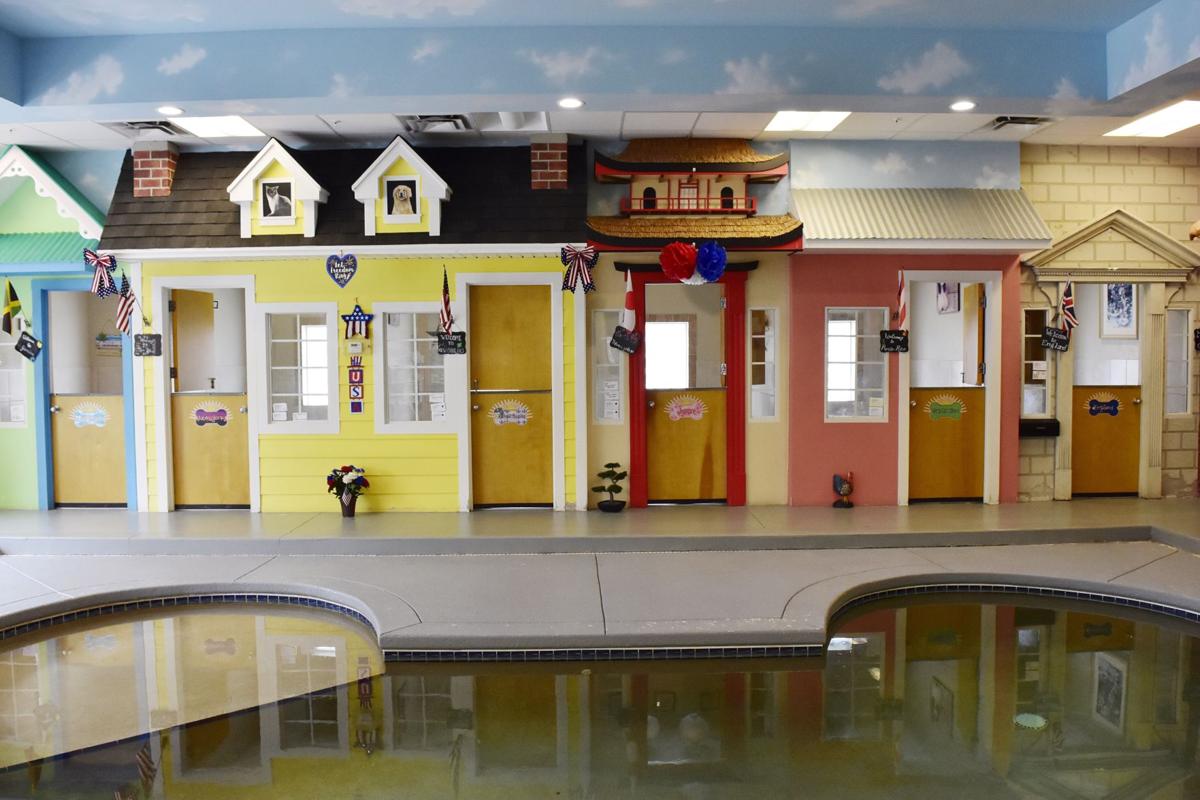 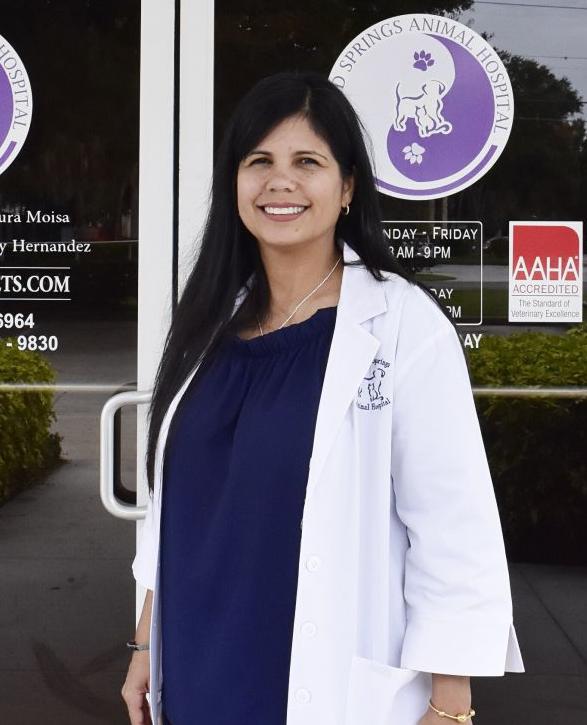 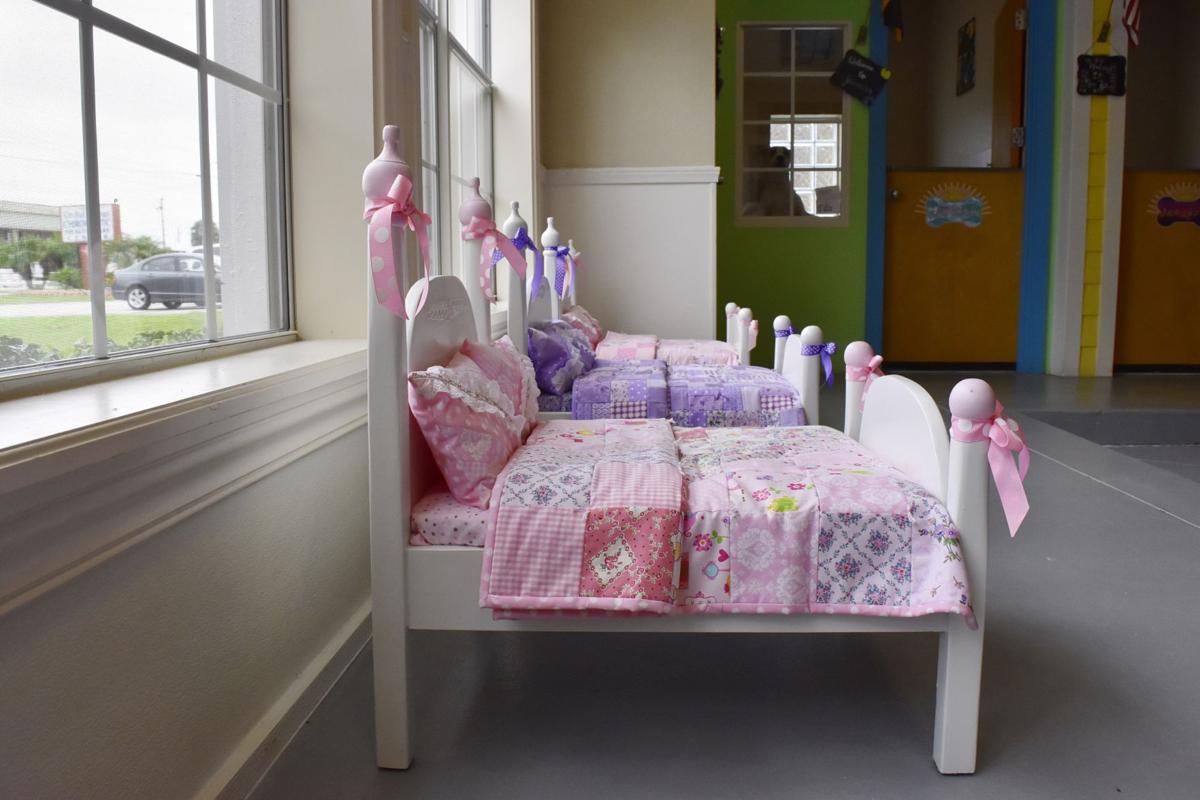 You’re going on vacation, why not send your pets on one too? That’s exactly what Dr. Vargas, owner of Orchid Springs Animal Clinic had in mind when she created World Suites, Polk County’s first-rate doggie hotel. Think the Ritz, but for Rover.

Dr. Mitsie Vargas was born in the Bronx and grew up in Puerto Rico. She lived in Miami for two years which is where she met her husband. A weekend trip to visit her in-laws in Winter Haven was all she needed to fall in love with the city – that was in 1996.

When she first moved to the area, she did relief for other clinics and realized, “I had certain ideas about how I wanted to practice and my husband was very encouraging and said, ‘let’s just do it together.’”

The clinic started as a small practice about 1200-1500 square feet, right across the street from where it is today. Little by little, the business outgrew the space. “Then this place became for sale,” she said about their current facility. “We opened a 5000-square foot [facility], so it was exactly half of what it is right now.”

“When we moved, I felt so blessed and so well received by the community,” she added.

In five years’ time, Orchid Springs Animal Clinic was bursting at the seams. They expanded the building to double its size, now 10,000 square feet with the clinic space using about 5000 square feet of that space, and boarding, grooming, and daycare utilizing the other half.

With her idea in mind, she worked to open the daycare and boarding. Being attached to the clinic is ideal for the pets and their owners. Dr. Vargas explained, “When the pets come in, they have a great time in daycare and then if they ever are sick, when they go to medical, it’s not such a stress on them. I think they do much better. Our patients do much better because they’re so used to coming in here not just because they’re sick, but because they wanted to be groomed or they wanted to go to daycare.”

A good example of the benefit of having her clinic in the same building as daycare and boarding is a condition called Stress Colitis which gives the dogs stress-related diarrhea. “In another place, it might be not treated for days and the animal can get dehydrated and be in bad shape.”

If it happens while your pet is in the care of Orchid Springs, they monitor them and if the animal hasn’t recovered in 24 hours, they will call the owner to let them know the situation and administer fluids and medicine so they don’t become dehydrated.

“In that sense, they have the peace mind to know that if there is any adverse reaction to boarding or any situation that’s developing we catch it immediately and then we take care of it,” said the vet. While being boarded and at daycare, the caretakers fill out a daily observation chart for each animal, recording their bathroom, eating and drinking habits as well as demeanor.

Her doggie daycare is such a hit that even her staff bring their pups into work. Dogs sitting at home all day tend to get bored and boredom leads to trouble. “A lot of dogs that have behavioral problems, they have anxiety, they bark all day, they destroy things – it’s because they’re bored.”

The daycare has three groups: a large group, mixed group, and small group. The mixed group is comprised of those gentle giants and smaller dogs that don’t mind being around bigger dogs.

The inspiration for her premium dog boarding space, World Suites, came from places she’s traveled. Each room is themed after a different place around the world. From Germany, Mexico, Italy, Peru, France, Canada, London, Puerto Rico, Japan, New Orleans, and New York to Jamaica, the pups can take an international trip anywhere in the world.

Each room has a 3D façade of its country and themed décor to match. In the center of the World Suites is Orchid Springs’ iconic bone-shaped doggie swimming pool. Above it, the “sky” is the perfect shade of baby blue spotted with wisps of clouds – the perfect weather to take a dip. Dr. Vargas also uses it for dog rehabilitation and weight loss.

While on their staycation at World Suites, pups can enjoy DOGTV around the clock and parents can check in on their dogs via live cameras in each room.

The Bed and Biscuit is Orchid Springs’ standard boarding and The Country Cat House is a cattery where animals of the feline variety can roam freely in a noise insulated room or stay in their cage. And if you’re reading this wondering where in the world to leave your pet parrot or ferret while you’re snorkeling in Fiji for a week, don’t worry they board exotic pets too!

Dr. Vargas has created such an inviting and caring space to board animals and a clinic equally impressive backing it up. In fact, Dr. Mitsie Vargas was awarded Florida Veterinarian of the Year by the Florida Veterinary Medical Associattion in April of this year. About the award, she said, “I was very grateful and humbled and just very appreciative because it was my colleges, my professional peers that decided that.”

The veterinarian does her part to contribute to the welfare of animals everywhere, not just the ones in her care. During the hurricane, she and her clients were able to pull together ten pallets of food and supplies including 2000 pounds of dog food, and five generators to Puerto Rico.

At the suggestion of one of her clients named Fay Wood, Dr. Vargas created a stray animal fund call “We Love Pets.” This fund gives the clinic the financial means to help an average of 300 animals a year according to the doctor. Another client hand makes miniature pet beds that are for sale at the clinic with proceeds going to that fund.

While you’re booking your own vacation, be sure to book your puppy a stay at the World Suites at Orchid Springs Animal Clinic! Or, if you just want to help out a furry friend in need, consider donating to their We Love Pets fund

From Lakeland to Nashville: JC Andersen

Florida native, JC Andersen lived the first few years of his life in Norway where his dad is…

He’s probably served you a beer at Grove Roots Brewing sometime in the past year, but don’t …