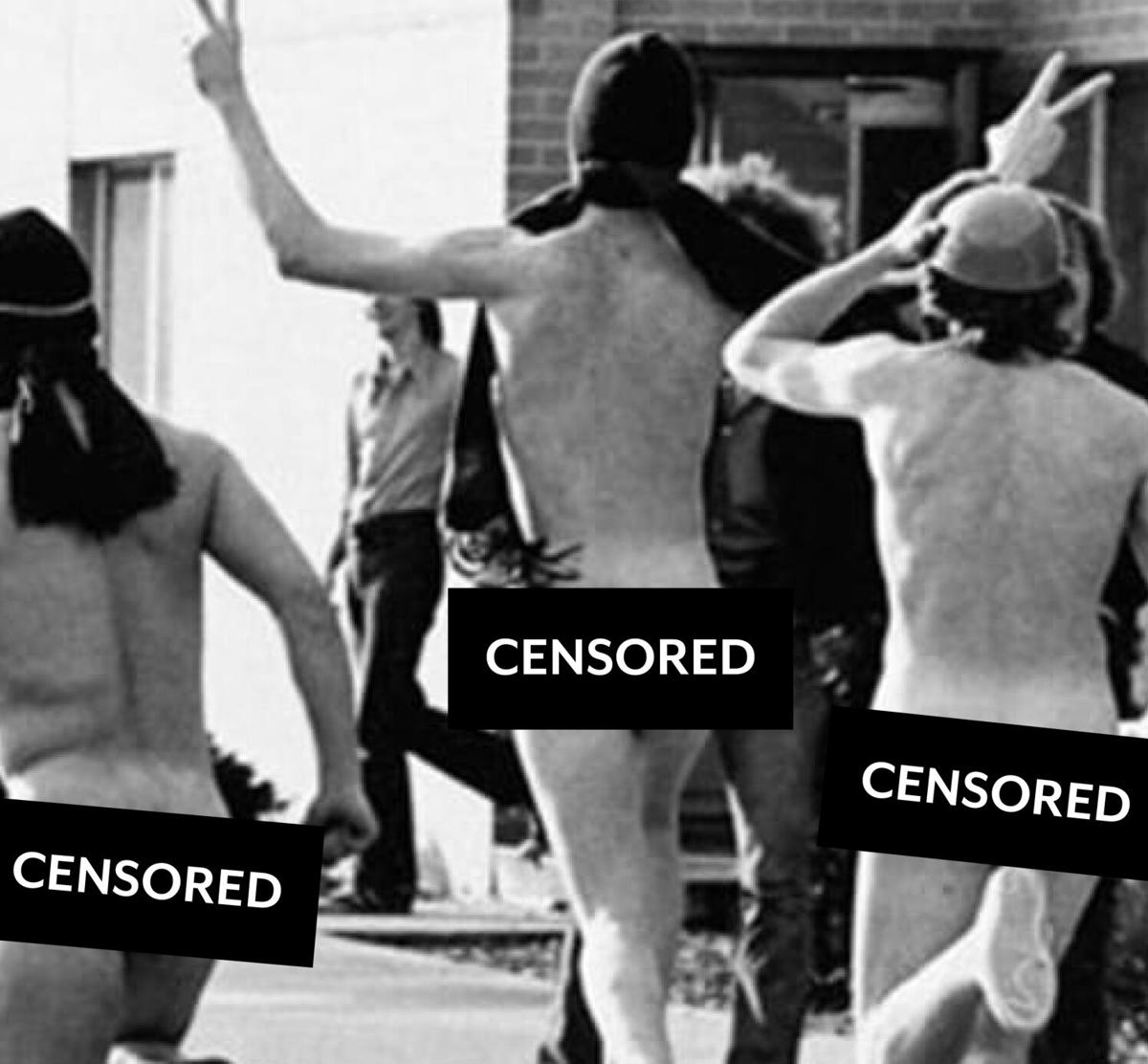 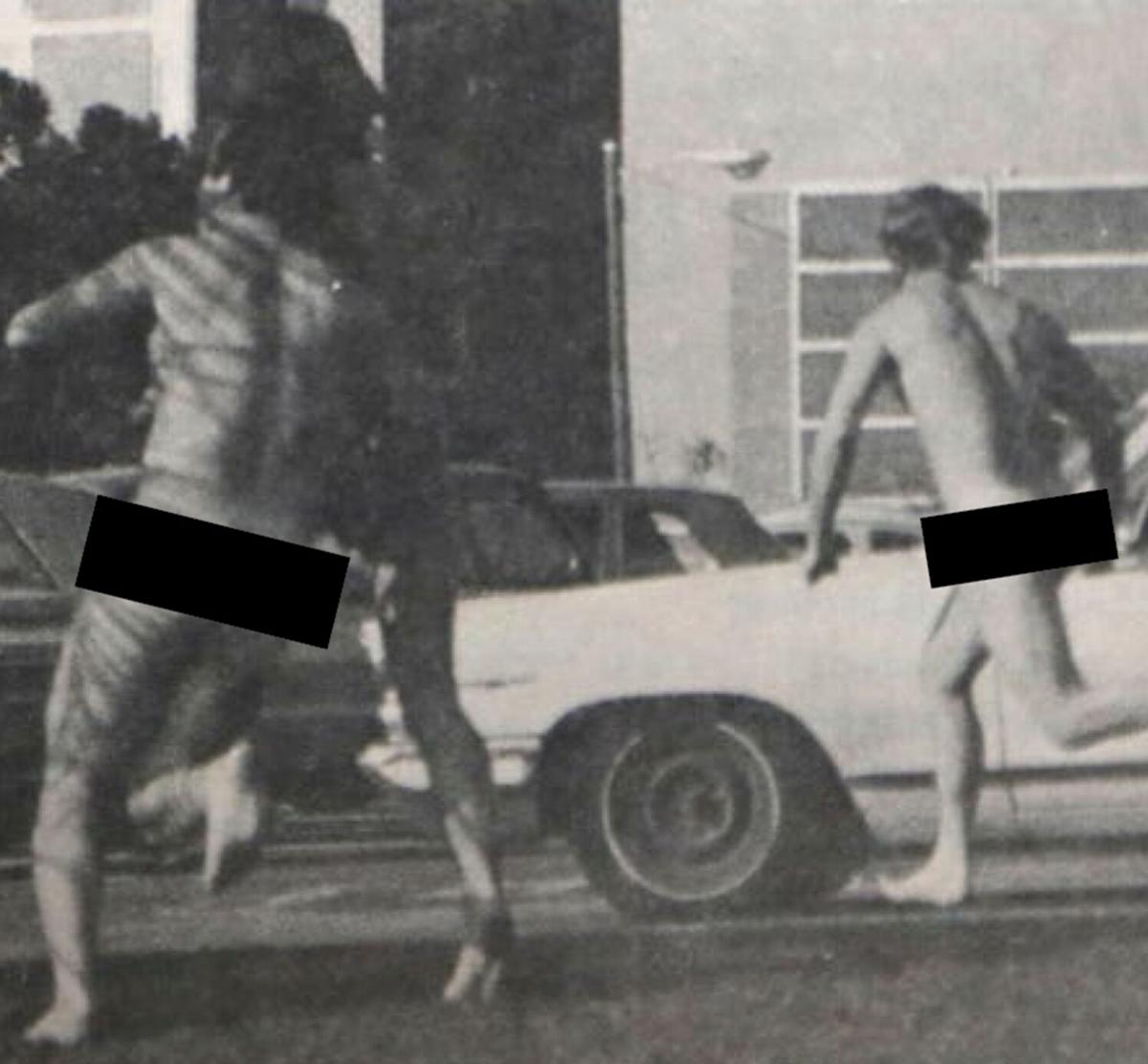 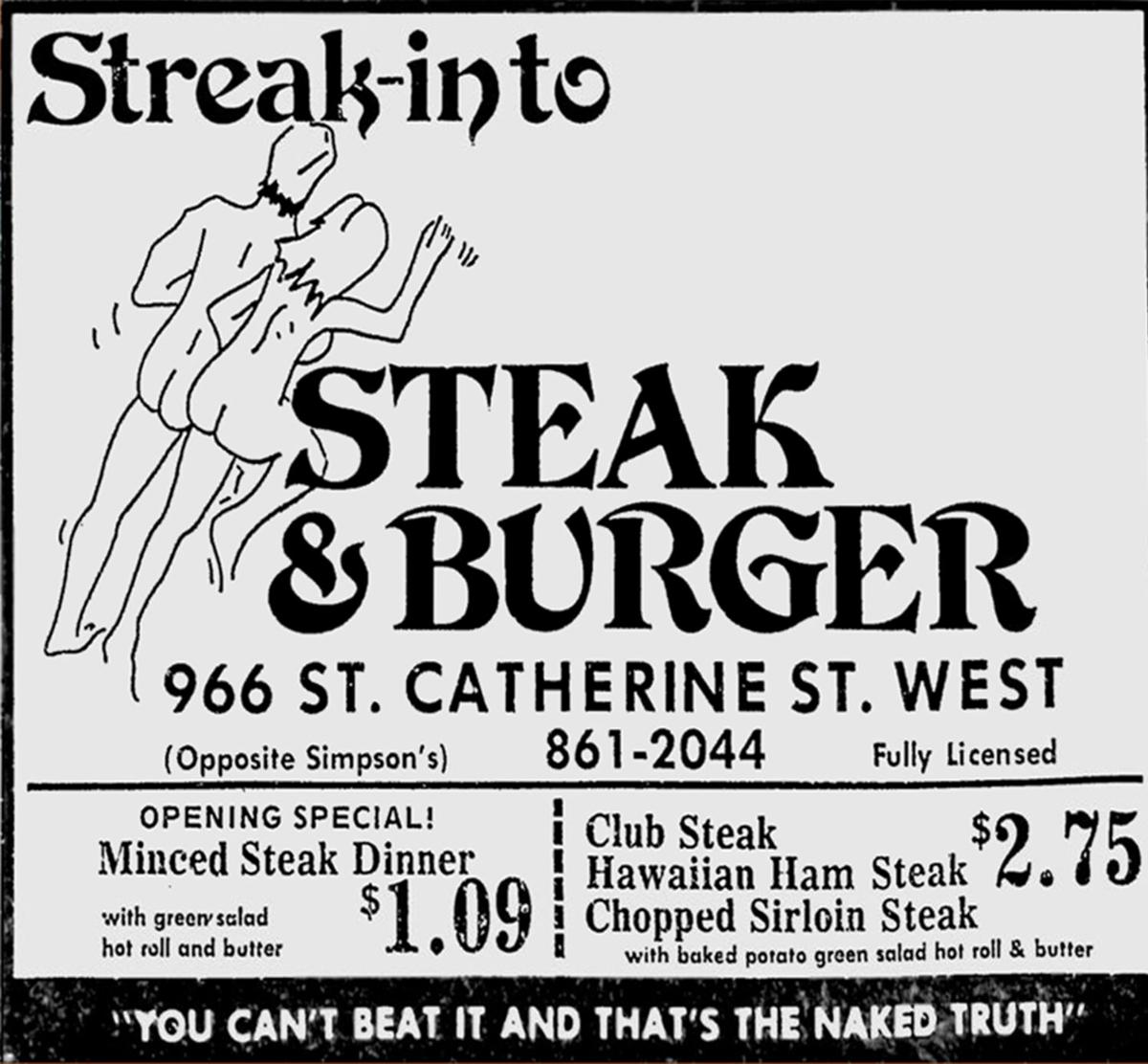 Streaking – we’ve all done it, right? In small towns like ours across the country, it’s a right of passage. How does one streak? Remove all items of clothing and take off running with a group of your best buddies. The objective? Feel the wind on your fanny and try not to get caught. Why do it – boredom? Love of the streak? Well friends, it’s time to stretch out those hamstrings and leave the sweatpants at home because there’s a new nudie club in town.

Streaking has shaped world history. For centuries, our ancestors have done it – both building and breaking empires with the flip or flop of an appendage. It has influenced great artists and philosophers alike. As Descartes said, “I think therefore I am pantsless.” The art of streaking has influenced everything from cave drawings and Renaissance paintings to football games and the occasional wedding reception.

Every prominent figure in Polk County since its founding has been a member of a secret society of streakers known as the Order of the Illuminudie. This elite club extends membership to only the upper echelon of Polk County – judges, lawyers, doctors, leaders of industry, politicians, law enforcement officials, movers and shakers (in more ways than one). Legend has it that the Illuminudie draw their power by ceremoniously full mooning during a full moon.

Butt… what about the rest of us? What of us blue-collar, working-class streakers? We are but humble folk who simply want to run around in the buff. In response to this unclad cabal of cheeky power players, a recent transplant to Lakeland, Andrew Weinerman started a movement of his own – The Swan City Nudist Collective. The Collective, open to the public, is a group of enthusiastic exhibitionists who get together for organized streaks.

“I was looking for a sense of community. Through online forums, I realized there was this huge hobbyist cross-section of nudists who also happened to be runners in the area – my two passions,” said Weinerman. “People who aren’t in positions of power should have access to streaking-related activities within their communities. We’re equal opportunity streakers.” So, members of the Swan City Nudist Collective are bucking the system, and they’re doing it – buck naked.

The SCNC is partnering with organizers of the Slow Roll and Ski Show in Winter Haven, a bicycling event in which folks meet up and cruise through town to the Saturday ski show at Lake Silver by the Cypress Gardens Water Ski Team. After watching the show, the slow-rollers make their way to Grove Roots for a beer.

The new event in Lakeland will be called the Slow Streak and Stunt Show. The Swan City Nudist Collective is stripping the concept down to its skivvies. Starting in the fall, runners participating in the Slow Streak and Stunt Show congregate under cover of darkness and jog at an uncomfortably slow pace for a quarter-mile through town. The organizers opted for a shorter race than the typical 3K or 5K for both legal and chafing reasons. Let your bits and bobs bounce in the breeze all the way to Lake Hollingsworth for a nude water stunt show. If you spot the police – pick up your pace. And if caught, you never read this.

“Don’t knock it until you try it. You may think we’re nuts, but I promise it will be a ball,” said Weinerman.

They haven’t yet fleshed out the details, but there are quite a few themed events in the works. Look out for Barks and Buttcheeks this summer, where revealing runners can bring their dogs too. The Winnie the Pooh Race will see runners in a t-shirt and no bottoms making their way to the finish line, where there will be a rib-eating contest. Final race dates will be announced later this month.

The must-attend naked holiday event will be the Jingle Jangle Dangle Jog 1/4-K. Participants will go on a bare sightseeing jog of all the best holiday lights and displays around town. Jingle Joggers who finish the race be awarded traditional finishing medals. “We hope you’ll be there with bells on,” said Weinerman.

Swan City Nudist Collective events, including the Slow Streak and Stunt Show and Jingle Jangle Dangle Jog, are, for the most part, no-holes-barred, with few barriers to entry. To become a member of the Collective, you must be 45 years or older. All body-types welcome, shoes required, sweatbands optional, no-clothing-zero-tolerance policy. “There’s this guy who shows up to all our runs, fully dressed. We’re like, ‘Hey man, that’s a little weird…’ It’s like, who does that? That’s creepy, show some respect for the craft,” said the group’s founder.

“I want these events to bring back the good old-fashioned fun of streaking for all,” he said. Asked where he hopes to be in five years, Weinerman smiled, “Still jingling and jangling and dangling.”

To sign up for a Swan City Nudist Collective event, email april_foolz@havenmagazines.com.

I have been answering to “Dad” for a long time, more than half my life.