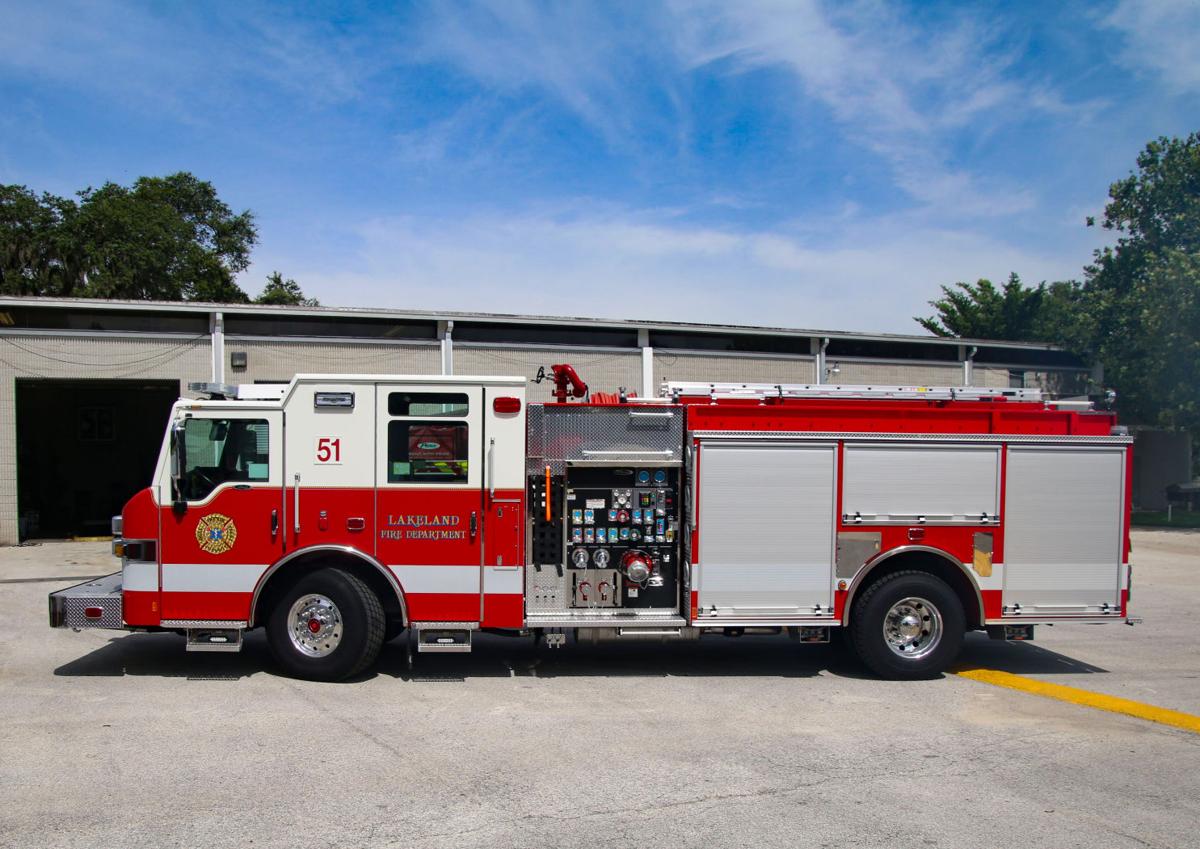 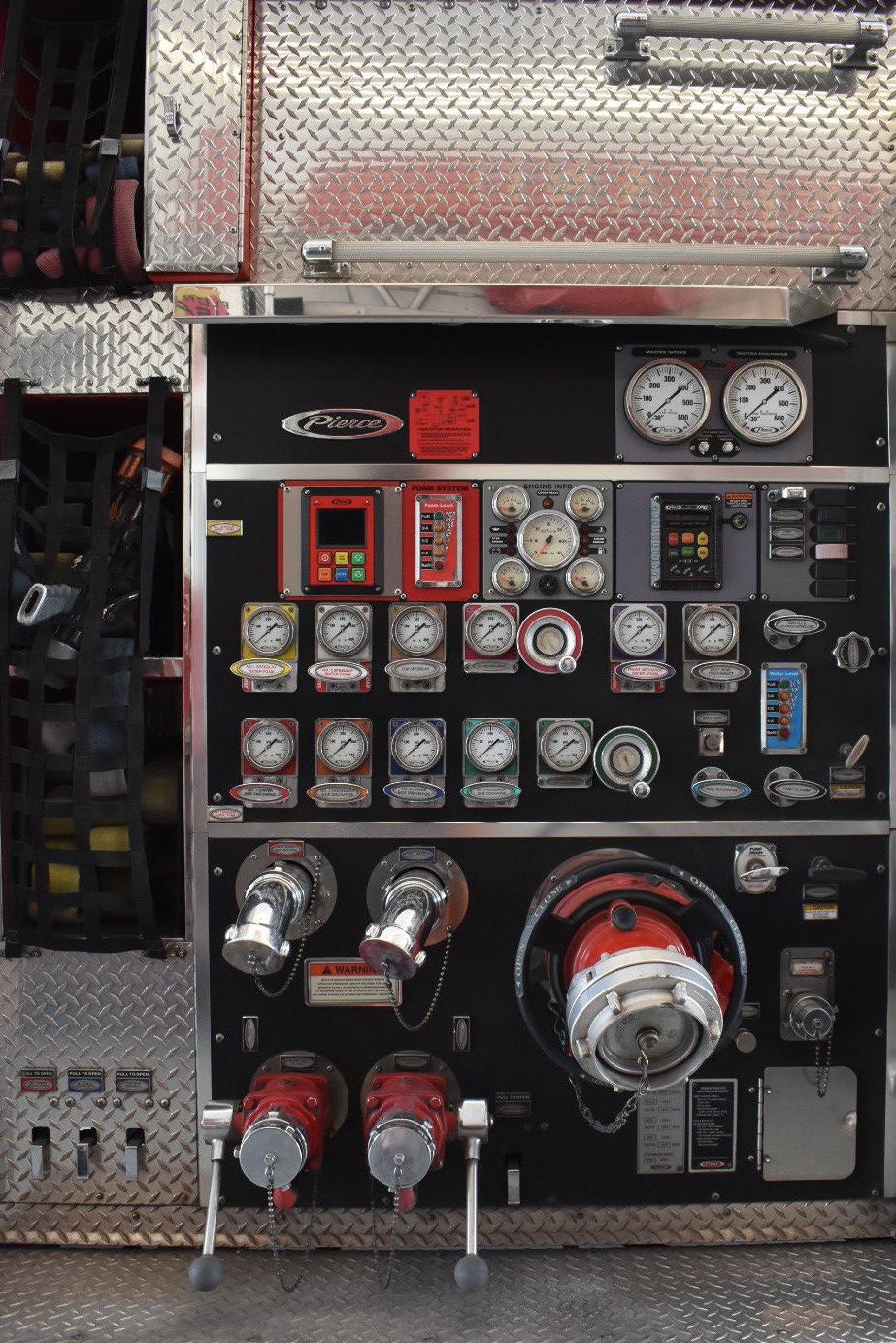 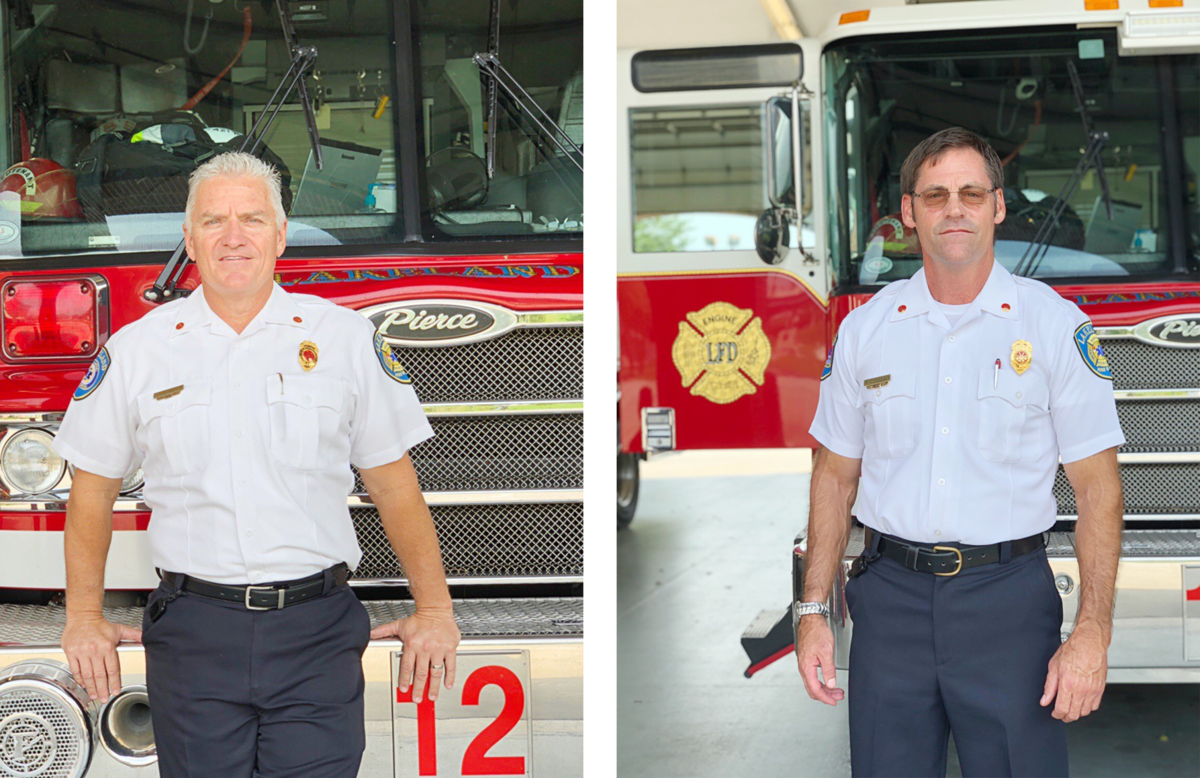 In honor of National Fire Prevention Week (Oct. 6 – Oct. 12), we sat down with the Lakeland Fire Department’s Fire Chief Douglas Riley and Assistant Fire Chief of Administration Rick Hartzog to talk about a few changes they’ve implemented within the department. These changes have addressed occupational cancer prevention, mental wellness, health and fitness, and firefighter safety. In a few short years, the entire culture of the Fire Service has evolved.

Cultural evolution isn’t a new concept to the Lakeland Fire Department. They seem to be at the forefront regionally for employee morale, best practices, inclusion, and diversity – making them a destination department for many cadets and an example for other departments.

Fire Chief Riley started with the Lakeland Fire Department in 1987 at 20-years-old. During his 32 years with the department, he worked his way up the ranks from firefighter to driver, lieutenant, battalion chief, and assistant chief in 2010. He was promoted to Fire Chief in December of 2017.

Assistant Fire Chief Rick Hartzog, originally from Wisconsin, moved to Florida as a teenager. In 1991 at age 26, Hartzog was inspired by his best friend to join the Fire Service. He too moved up through the ranks, and entered his current position in 2010, at the same time as Riley.

“Rick and I have a lot of the same thoughts and ideas and goals for what our vision for the Lakeland Fire Department was,” said Riley. Accompanying their vision, the two share a centered passion for the betterment of the department and its firefighters.

“We’ve been focused on that for 200 years in the Fire Service, but we’ve learned so much about what we’re not doing correctly,” said Hartzog. “We’re taking all of those initiatives and turning them upside down and taking a much deeper dive.”

As Assistant Fire Chief, Hartzog is responsible for the budget, facilities, apparatuses, tools, gear, and supplying firefighters anything they need to do their jobs to the best of their abilities. As such, he has taken a vested interest in occupational cancer prevention, mental wellness, health and fitness, and safety on the job for firefighters.

The Lakeland Fire Department has been aggressive with education on those four areas and has made remarkable strides to better care for their firefighters. In a YouTube video by Lakeland Fire, Hartzog stated that “Firefighters have a greater than one in three chance of getting cancer while employed or in retirement.” Their profession puts these men and women at a significantly greater risk of cancer than the general population.

Lakeland Fire Department has taken steps to reduce or eliminate their firefighters’ exposure to carcinogens and harmful agents both on emergency scenes and from contaminants that they may carry home with them afterward (despite a line of defense with safety gear and self-contained breathing apparatuses). One of the many ways they are addressing this issue is in redesigning their engines.

Fire Station No. 5’s Engine 51 is the department’s first clean-cab fire engine. In this concept, they have moved the primary gear,tools, and equipment from storage in the cab of the truck to exterior compartments.

Through post-fire decontamination of their gear, tools, and equipment, they can remove 85% of contaminants. Additionally, removing contaminated gear and tools from the cab virtually eliminates exposure to carcinogenic gases.

The cab’s interior was outfitted in non-porous, easy to clean material to reduce cross-contamination. An air conditioning unit fitted with a HEPA filter was installed to keep emergency scene contaminants from circulating into the engine’s cab. A diesel filter system was also installed on the truck to eliminate contaminants while the engine is idling, cold starting at the fire station, and while low idling on-scene.

Engine 51 was modeled after a concept from the Coral Springs Fire Department. LFD copied the concept, made improvements of their own, and have shared that with other departments in hopes they’ll follow suit. “We’re changing the face of the Fire Service here in the state and throughout the country, by what we learn and what we share,” said Hartzog.

Lakeland Fire Department plans to do this with all of their engines eventually by replacing them at the end of their life cycle and retrofitting current apparatuses.

Other cancer prevention initiatives include a thorough post-fire gross decontamination, a second set of firefighting gear for firefighters to change into if called to a second emergency scene, washers and dryers installed at the fire stations to reduce transferring contaminants to their home, and a personal decontamination and cleaning process that includes showering within an hour of returning from an emergency scene. Explaining the importance of the personal decontamination, Hartzog said, “Your body, when you have an elevated temperature, absorbs the contaminants 400 times more than if your body is at a normal temperature. That’s why it’s important to shower, to lock your pores so you don’t continue to absorb.” According to Fire Chief Riley, LFD was also the first department in the state to adopt carcinogen barrier hoods in efforts to reduce thyroid cancer.

These best practices are part of a nationwide collaborative effort to keep firefighters as safe and healthy as possible.

In years past, a certain level of bravado and honor was attached to coming back to the station with a helmet dirtier than your comrades’. With their combined over 60 years in the fire service, Riley and Hartzog are no strangers to this idea that the dirtier you are post-fire, the harder you must have worked. They’re happy to have initiated a change in that culture at LFD and see a similar shift in the Fire Service across the state.

This shift is happening right now, but not everyone is on board said the Assistant Fire Chief. “That’s the challenge – we fight the culture. The culture is that we are superheroes, we don’t get hurt, we don’t show weakness, it’s macho to be dirty and nasty and have that stuff on you,” said Hartzog. “Now, clean is the new badge of honor.”

Since joining the Florida Firefighters Health and Safety Collaborative, LFD has become a leader in cancer prevention, health, wellness, and safety in the state. Hartzog said, “We are a department that other departments look to about all of this.”

Like any organizational change, it has to start at the top. Thankfully for the Lakeland Fire Department, their leadership was ready to push for change.

Riley expressed that change within the department was fairly easy. Once the firefighters were confident that leadership had their best interest at heart, they followed suit with the life-saving initiatives.

For LFD, it was important to take care of their firefighters holistically. Mental health had to be at the forefront of this fight as well. Hartzog stated an alarming truth, “Firefighter suicide is outpacing firefighter line of duty death in the field.”

“Firefighters are dying at almost twice the rate from suicide than from line of duty deaths and that’s just not acceptable,” said Riley.

Many of these suicides can be attributed to PTSD. Every firefighter doesn’t have just one bad call in their career. They go on many calls that would shake most human beings to their core, that would alter them. These heroes, for the betterment and safety of the community, put themselves in a position to see countless tragedies.

“We’ve never had a line of duty death or suicide here. We don’t ever want to have one,” said the Assistant Fire Chief.

The first step towards keeping LFD firefighters in fit mental health was the notion that ‘It is okay not to be okay.’ This too has been a cultural change within the fire service, perhaps a more difficult one to overcome than the areas of cancer prevention and physical health and safety. Riley and Hartzog spoke openly about being young men in the fire service. If they ran a bad call, they kept their mouth shut and moved on with it for fear of ridicule, stigmatization, or even becoming unpromotable in their career.

As seasoned veterans of the service, they will be the first to tell you, that isn’t the way to handle mental health and it certainly isn’t their approach as leaders now.

The department has a peer support system and has made mental health resources readily available. The Fire Chief brought in formal training for their Peer Support Team which Hartzog detailed as, “A team of trusted firefighters that were identified by their fellow brother and sister firefighters that if somebody was not having a good day, if they were struggling with mental health – whether it’s one call or life is just not good – they can reach out to a peer supporter and know that it will be confidential [unless someone committed a crime or threatened to hurt themselves or someone else].”

“Firefighters will trust that process – we use it here. It works,” he said.

Riley added, “I think we’re doing well but not good enough. We’re going to continue to fight that fight.”

The network of peer support extends beyond the walls of the Lakeland Fire Department. They have made their resources available to other departments in Polk County and across the region. With a desire to be an asset to other departments in the state, LFD has joined a collaborative effort to build a statewide support network to be deployed where needed.

“There’s almost nothing greater that you can do than help somebody in their time of need,” said Hartzog.

The idea is simple. “If we can’t take care of us, we can’t take care of you,” said Hartzog. This push to destigmatize mental health and incorporate other best practices in the fire service has been good for the department. “We’re having healthy conversations that we never had before,” he said.

With an air of humility, Riley and Hartzog spoke fervently about the steps the department was taking to care for their firefighters. They want these initiatives in place not for any recognition, but the betterment of their firefighters and ultimately the citizenry of Lakeland – and they have no intentions of slowing down.

Changing The Face of The Fire Service