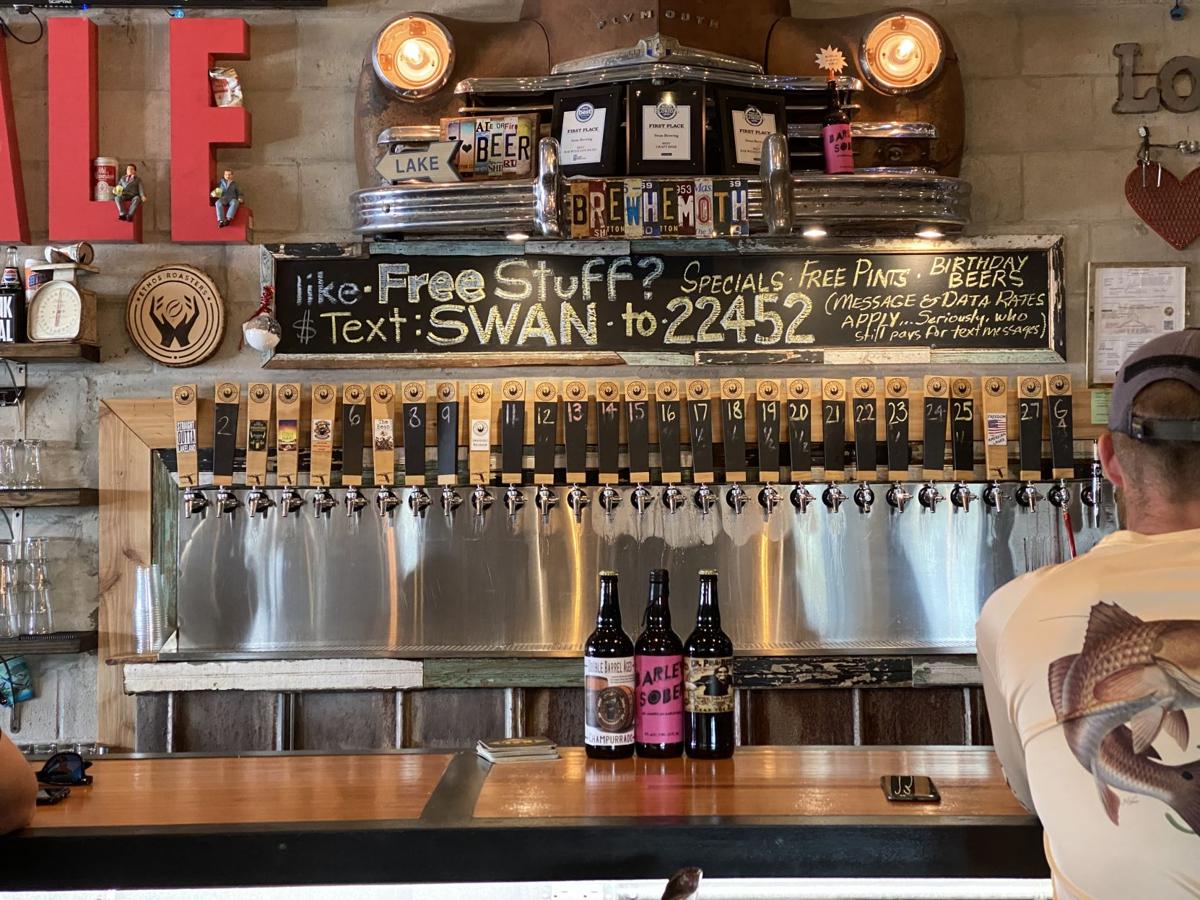 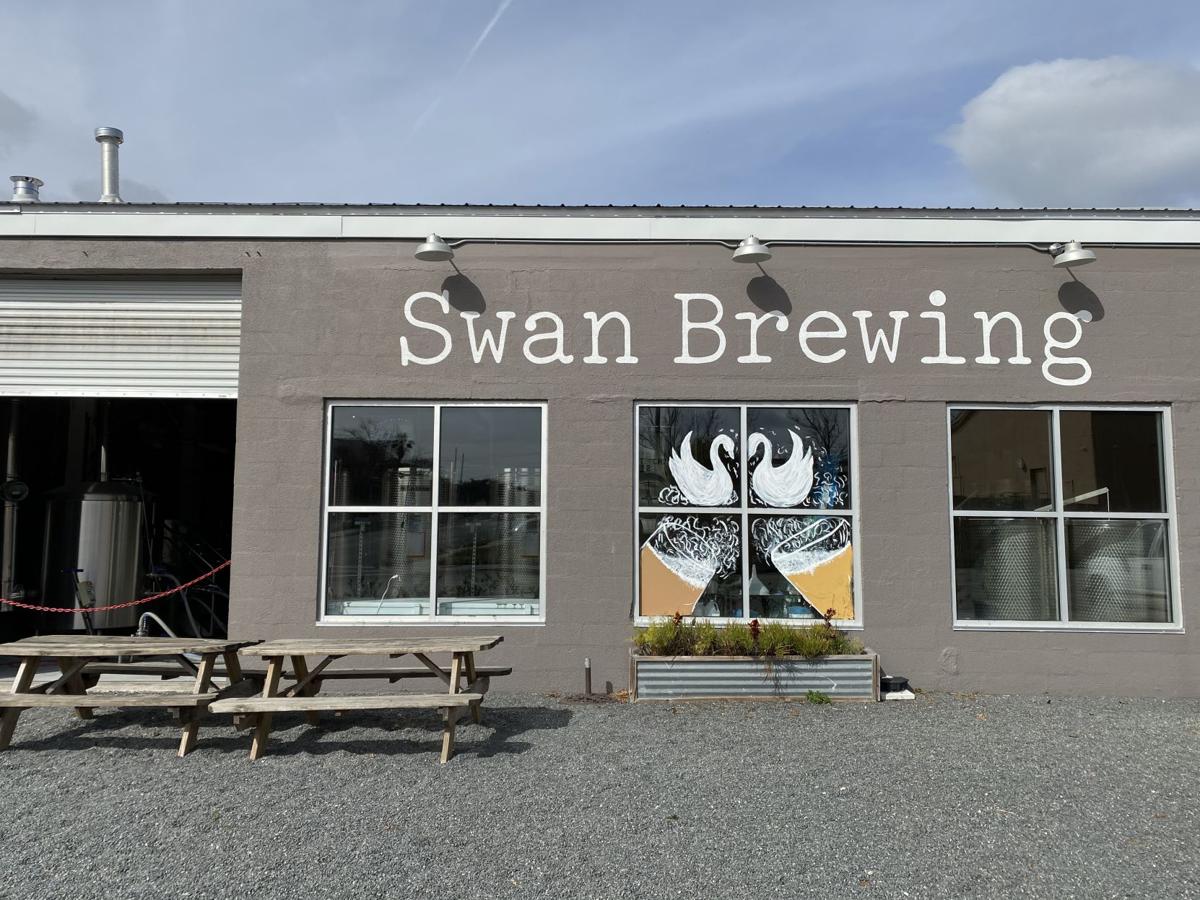 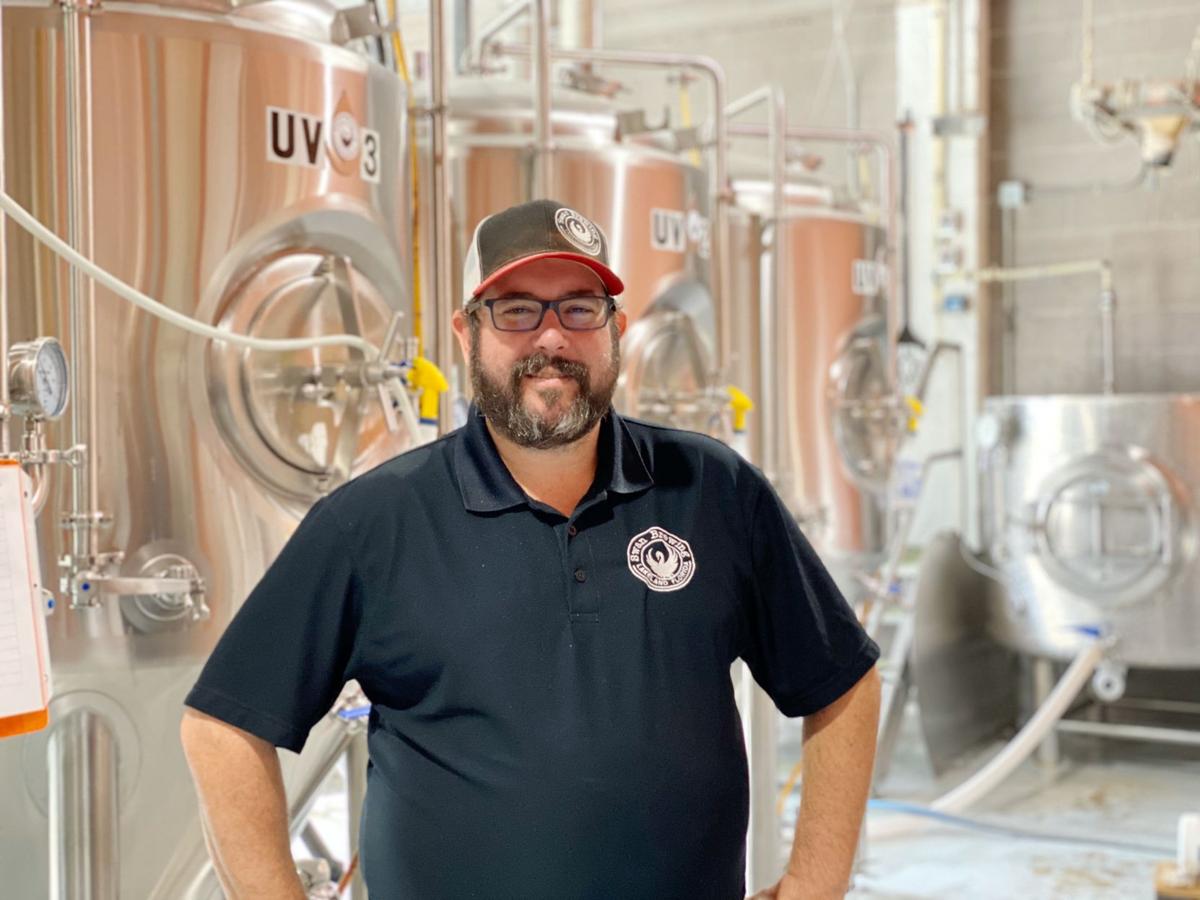 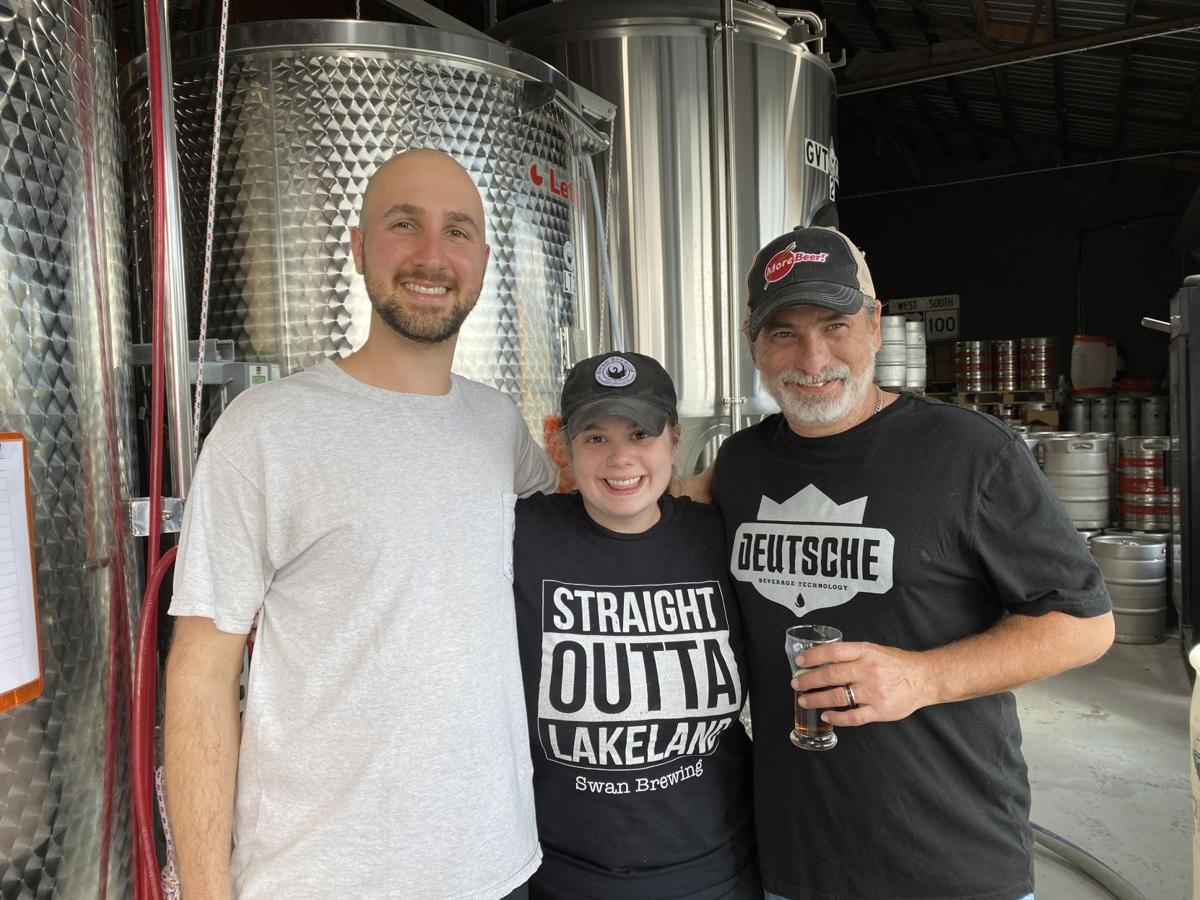 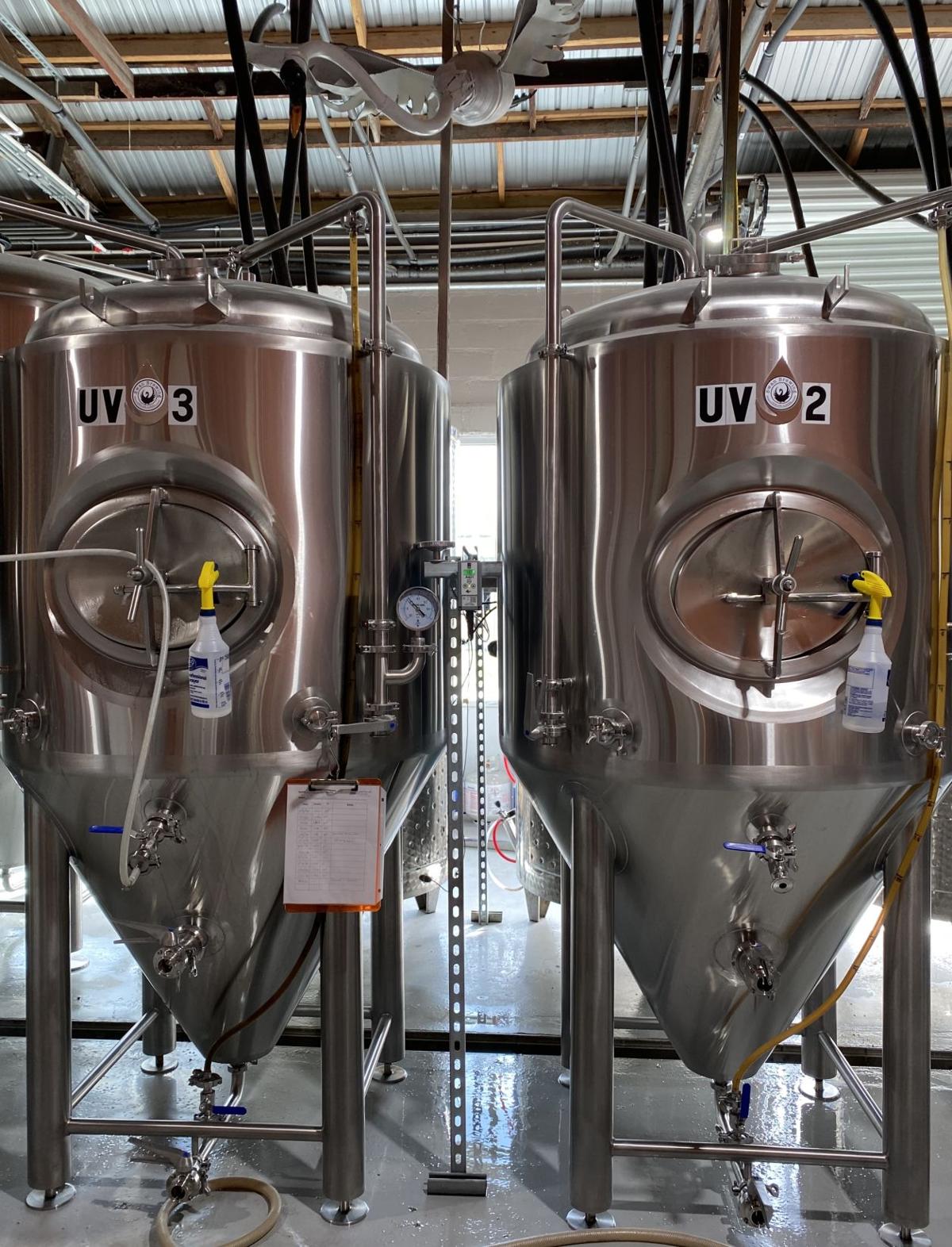 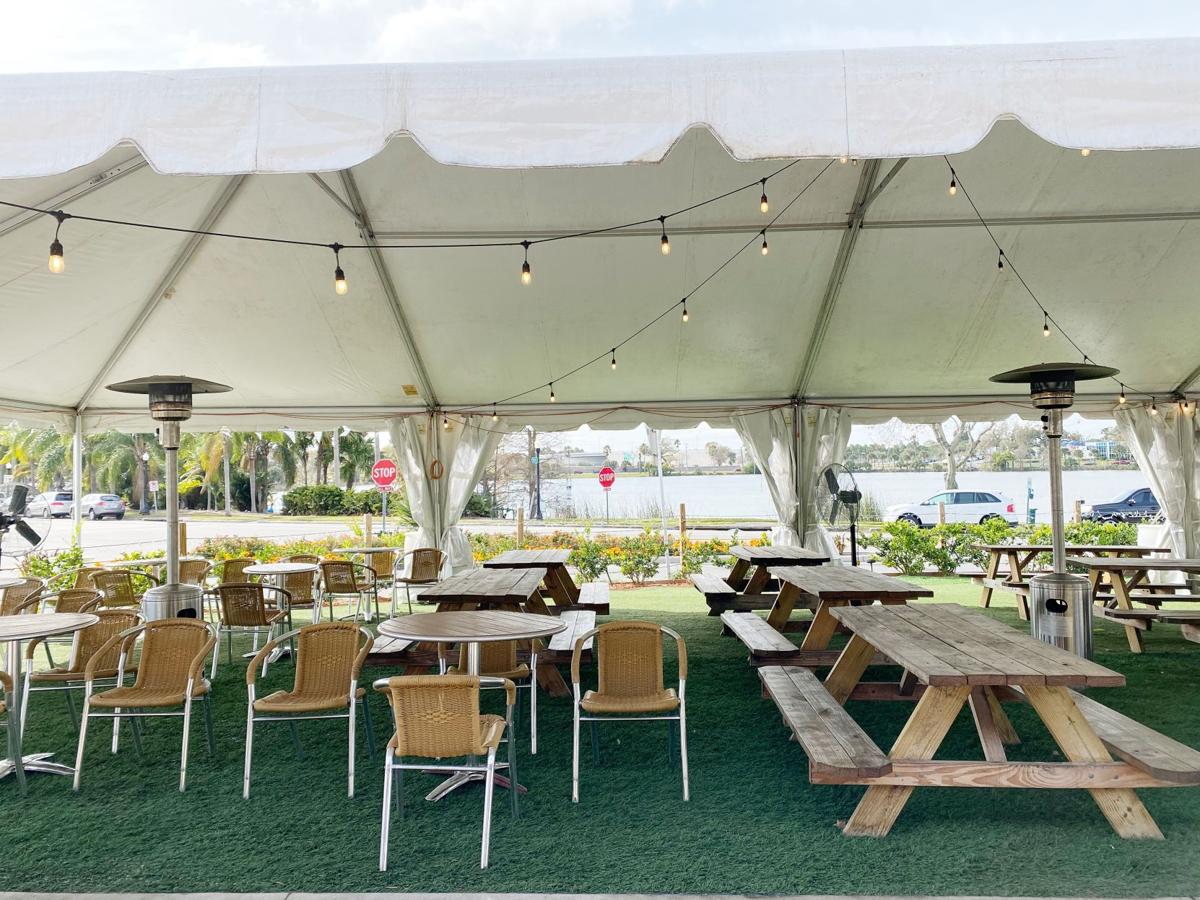 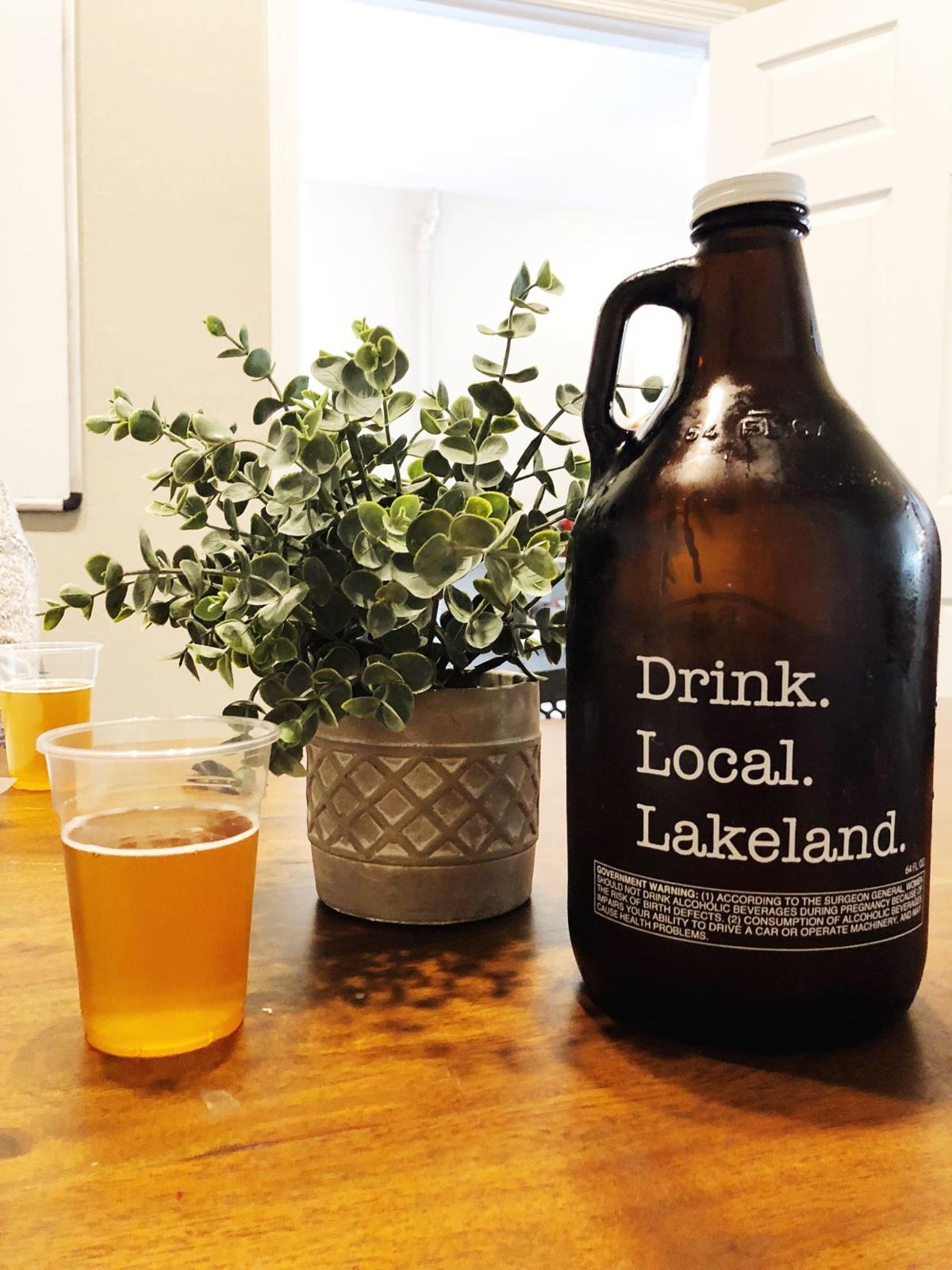 It’s like déjà vu – but the good kind. Just two years ago Swan Brewing opened their downtown Lakeland location off of Pine Street. Owner Dan Thumberg remembers when he first began to imagine his version for what he thought a brewery should be in the mid-2000s. His partner Christian Hood was dreaming up a brewery concept as well, though the two hadn’t yet met.

In 2014, Hood was going to nursing school and began homebrewing while Thumberg worked for an Anheuser-Busch distributorship. “It was serendipitous how Swan Brewing came together,” said Thumberg. “We met at the Downtown Farmers Curb Market. I was selling home brewing supplies out of a 10 x 10 tent and he was looking to buy some.”

The two got to talking and it came up that they both wanted to start a brewery. In fact, they both had already devised a business plan for their idea. Thumberg and Hood sat down at Molly McHugh’s over a beer and set to work planning. “We started to put the plan into motion and look for places, trying to understand what the market was demanding, and what we could afford to do here in town,” said Thumberg.

Everything that happened for Swan to open seemed fortuitous. As if the clouds parted and the beer gods spoke – and it was so. A series of unfortunate events led Thumberg right to the spot where Swan sits today. It goes like this. Thumberg had to have melanoma removed from his shoulder at Watson Clinic. He returned home from surgery. “My mailman had left me a nice little note in my mailbox telling me that it was full and that he had taken all of my mail down to the post office because he couldn’t fit it in the box,” said Thumberg. “Perfect…,” he thought.

Post-surgery, he begrudgingly made his way to the post office, collected his mail and stepped outside. “I looked across the street and thought – that looks like it could be a brewery.”

It took them two years to build out the former auto repair shop into a proper brewery.

Swan Settles in the Southside

Swan had a soft opening of their southside spot on January 24. “We unlocked the doors, turned the sign on and said let’s see what this thing does,” said Thumberg. The turnout was a reassurance that the southside would support their new location. There were so many in attendance that they had to open the front and back doors for space. “People were just flooding out,” he said. “That was mind-blowing. I didn’t realize there was such a need for it down there.”

The entire space is a little less than 1300 square feet, only slightly smaller than their downtown taproom. It has 16 taps of mostly Swan beer with a few guest appearances and ciders. In fact, the southside location is licensed as a cidery – a new venture for the brewery. They plan to make small batch ciders and potentially meads by the beginning of the summer.

Thumberg said that he and Hood approached this location differently from their flagship. With their downtown location, they had more freedom to mold the space into what they wanted. Swan South is in a strip plaza built in the 1970s – there wasn’t much that could be done structurally. But that’s not what they were looking to do anyway.

Dartboards, a Golden Tee, Pac Man, Galaga, and a pool table set the scene for a more adult-oriented good time. “That’s where you can go and play Cards Against Humanity and What Do You Meme and the things that aren’t appropriate to have at a family-friendly brewery,” he said.

Instead of the grill of an antique Plymouth hanging above the taps, there is a 75-inch television running the day’s sports. “That was the idea – to make it an offshoot, keep it in the same family, have the same great beer, the same great people who work there, but make it a little closer to home for the Southside people,” he said.

The Business of Beer

Thumberg walked us through how they conceptualize flavors, stories behind their most beloved beers, and some that never made it past a pilot batch.

“We do a lot of research,” he smiled. “Which means we drink a lot of beer.”

The Swan team tries to “keep with the zeitgeist of the day” and understand which direction beer is headed in, according to Thumberg. The Swan guys consider themselves traditionalists. “We love drinking traditional beer styles but we like to play in that arena as well. If there’s something we can do to tweak that traditional style to make it more interesting or maybe something nobody’s had before, we’re all about it,” he said.

“We will usually start with a traditional style and say ‘What can we do to this to take it to the next level without going too crazy?’”

Ideas are tossed around until they’ve found something they think just might work. “We’ve got a computer that will show us if our head is in the right direction for the kind of beer we want to make,” he said. This program gives them insights into factors like hoppiness, flavor profile, color, etc.

“If we know that it’s going to be a good beer – we’ll go ahead and jump right into production with it. We’ll make a full ten-barrel batch of it,” he said. That’s a commitment of over 300 gallons of that beer.

If they aren’t quite sure, they will put it on the pilot system of about 50 gallons.

One beer that didn’t make the cut beyond a pilot batch was a blood orange IPA. Sounds tasty, right? Not only did the hops hide the sweetness of the blood orange, Thumberg said, “Some of the pithiness from the blood orange itself lent to a little bit of extra bitterness. It wasn’t where we wanted it.” It was drinkable, but it wasn’t Swan Brewing quality.

If it makes it past the pilot, on to the beer wall it goes for customer feedback. They ask patrons if they like it, if there’s anything they would change, and size it up against their veteran brews. “We’ll go through different iterations until we hit a style that we think is going to work,” said Thumberg.

One popular beer was born out of a prank and a hazelnut sample. Before they opened Swan, the team was working on different beer styles. Thumberg was working on a pilot batch of what was supposed to be an English brown ale. His business partner decided to play a little prank on him by swiping some of his malts. After fermenting for a month, the beer turned out weak and watery. They decided there would be no harm in experimenting with the hazelnut flavoring samples that Amoretti Flavoring Company had brought them.

“We put it on the wall for friends and family to try and I don’t think that beer lasted a day,” he said. The beer was tweaked to bring the alcohol volume back up and to use the right malt bill. It remains one of Swan’s best-selling brews – Downtown (Hazelnut) Brown.

Another Lakeland love and my personal favorite is The Bean, a coconut and coffee blonde. “We knew that we wanted to have a beer that tied to the community as locally as possible,” said Thumberg. The beans they use are from Ethos Coffee, a Lakeland-based craft roastery focused on ethically sourced coffee. Swan uses Ethos’ Poaquil which comes from a women-led cooperative in Guatemala called “Cooperativa La Asuncion.”

Not only was Swan sold on the coffee’s ethical origins, but the flavor complements their beer. Thumberg said, “The way that it plays in the beer is magical. The way that we introduce it, you don’t get a whole lot of the coffee notes, you get more of the chocolate notes that come through. You combine that with the coconut and it’s almost like a Mounds Bar.”

A staple beer they’ve tweaked subtly to achieve fandom is their Straight Outta Lakeland IPA. It is not only on its way to the number one spot in the taproom but in distribution as well. Thumberg explained that when other breweries duck, they weave. “Most breweries nowadays are moving towards the east coast style IPA or New England IPA which is very hazy with tropical notes – pineapple, orange, mango.” He isn’t a fan. “We decided not to do that. We decided to stay more traditional and do a west coast style IPA – Lagunitas IPA, Sierra Nevada, some of the cool old-school IPA’s that we grew up drinking in the early to mid-2000s.”

“What we’re seeing and what I’m most happy about is the return of the lager. The good old fashioned Czech Pils, German Pils, American-style lager, whatever name you want to put on it,” said Thumberg. “That beer is so incredibly difficult to make and so easy to screw up.” It’s like going to a restaurant and ordering an omelet, he said. “You can tell how good a chef is by how their omelet comes out. It’s the same thing with lager.”

Swan has several lagers on tap. A 4% American light lager they call #Freedom was made for the drinking buds of craft beer enthusiasts who might not share their same love of craft beer. “We made #Freedom for those guys, so they could come in with their buddies and everyone could have a great time,” he said.

Thumberg was exceptionally proud of Swan’s German-style Pilsner, Poke County Pils. He described it as a hoppier beer with more body that leads with a crisp, clean taste. “I think that is probably the best example of a Pils that I’ve seen, at least in the state of Florida,” he said.

Drinking buddies… we’ve all got ‘em. At Swan, their Drinking Buddies happens to be a new IPL (India Pale Lager). Thumberg said, “It’s an IPA, but instead of using ale yeast, we use the lager yeast. IPAs are normally a bit heavier, fuller-bodied, it can be a bit heavy to drink sometimes. Lagers traditionally are crisp, clean, light in body, easy to drink. We put the two together. We have a nice easy drinking, light-bodied, hoppy in-your-face lager that’s 6.8%.”

More Growth for the Brewery

The last two years and the Lakeland community have been good to Swan. So good, that even immediately after opening their second location, the brewery has its eyes set on more growth to accommodate demand in the taproom and from bars and restaurants that want to carry Swan beer. Thumberg says this growth will either surface as another neighborhood taproom or as a second production facility to increase their production and offset that demand.

In the meantime, if you’re looking for somewhere to party on St. Patrick’s Day, Swan’s got you covered. What’s on the St. Patty’s Day docket for the brewery? Live music, food from Salt & Fire Food Lab and green beer – ya dig? “We’ll be partying all weekend for St. Patty’s Day,” said Thumberg. “Green beer, corned beef, and cabbage, man.”