You have permission to edit this article.
Edit
Home
Best of HAVEN
Best of LKLD
Top 10 to Do in Polk
Top 10 to Do in Lakeland
Local News
Arts
Food & Drink
Profiles
Cover Story
Travel
Events
1 of 9 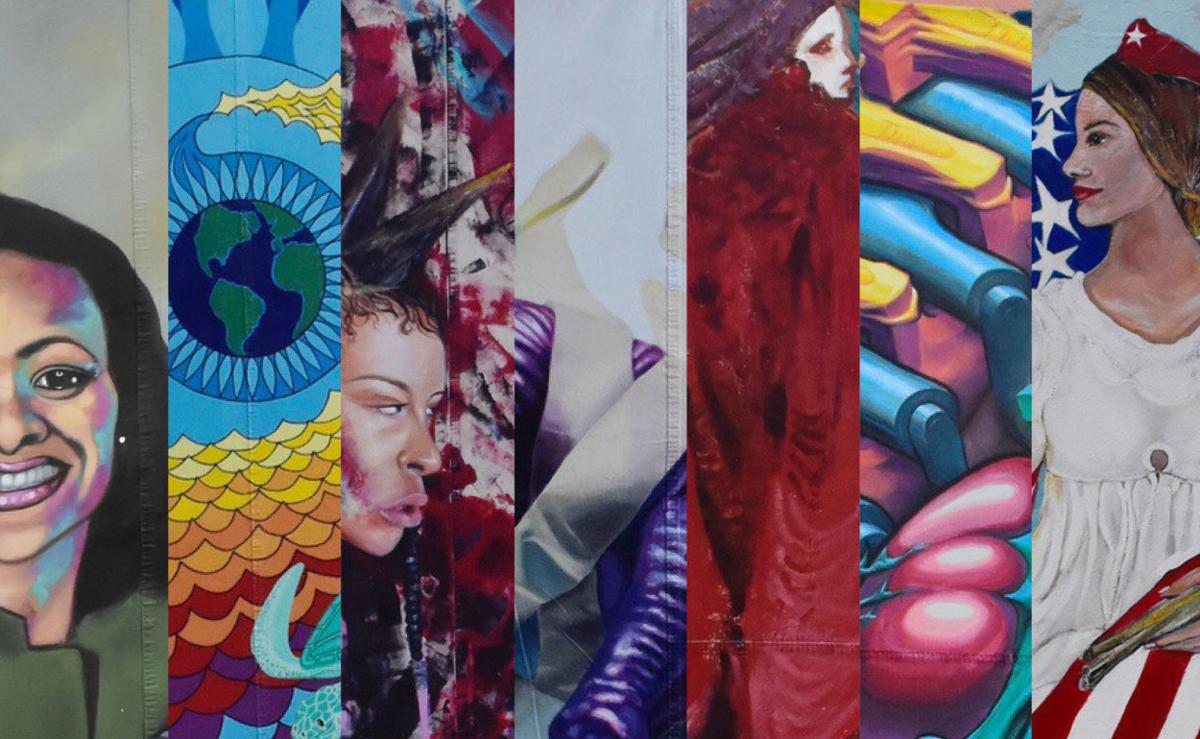 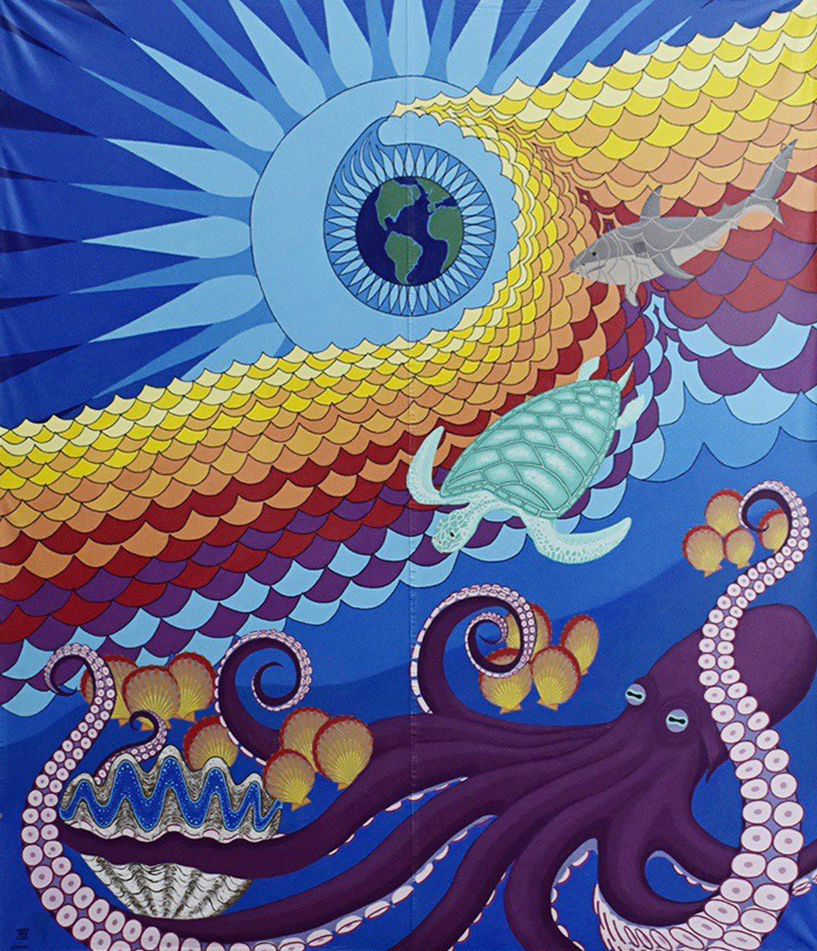 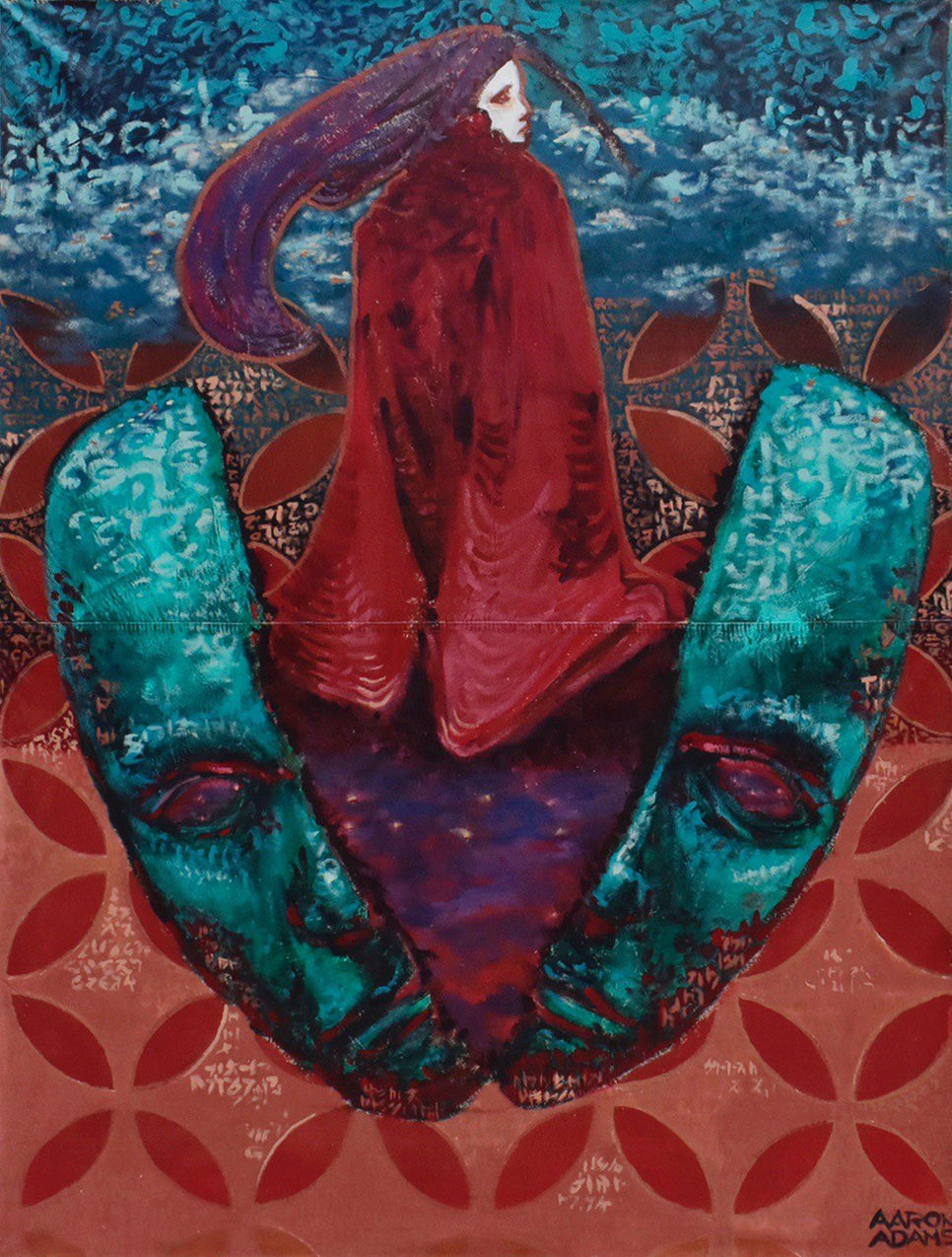 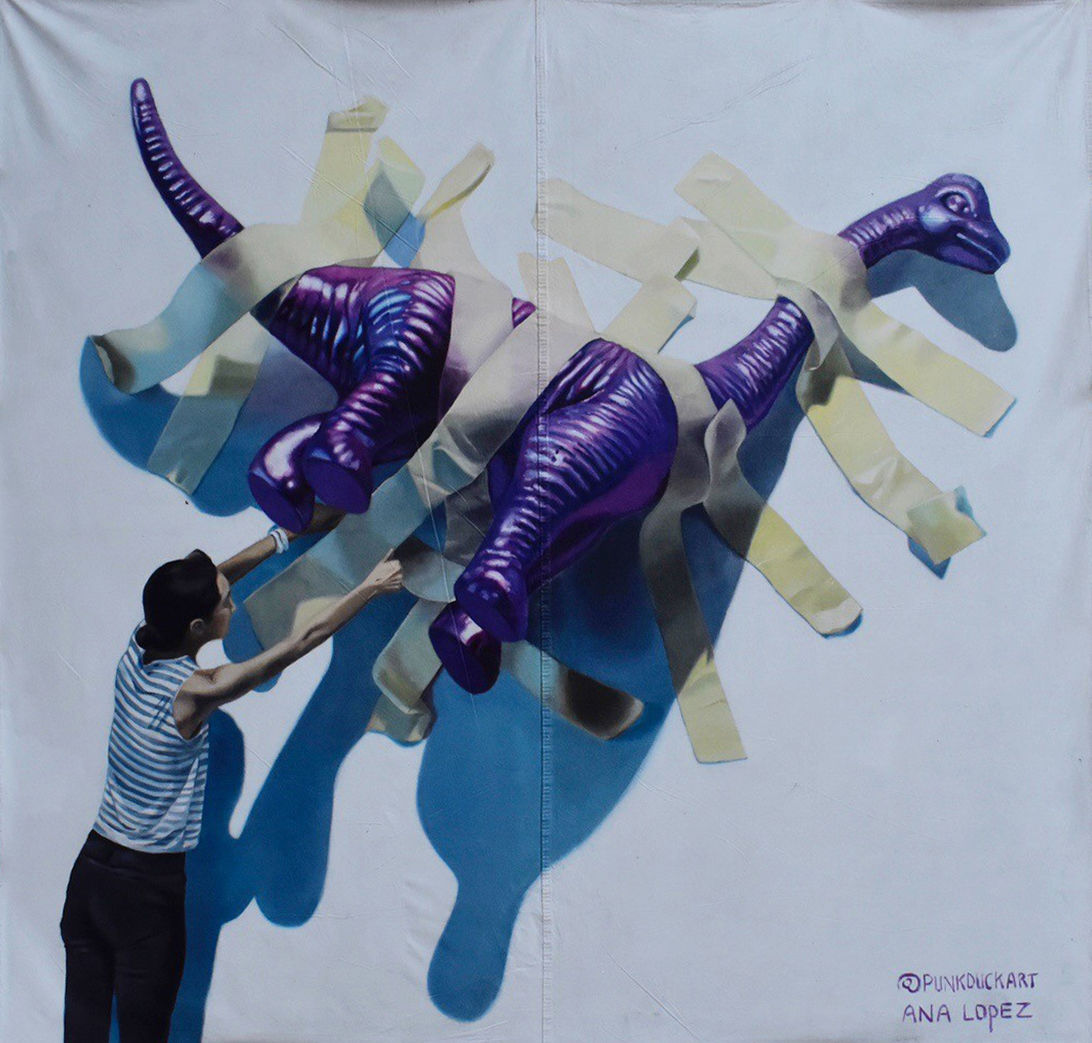 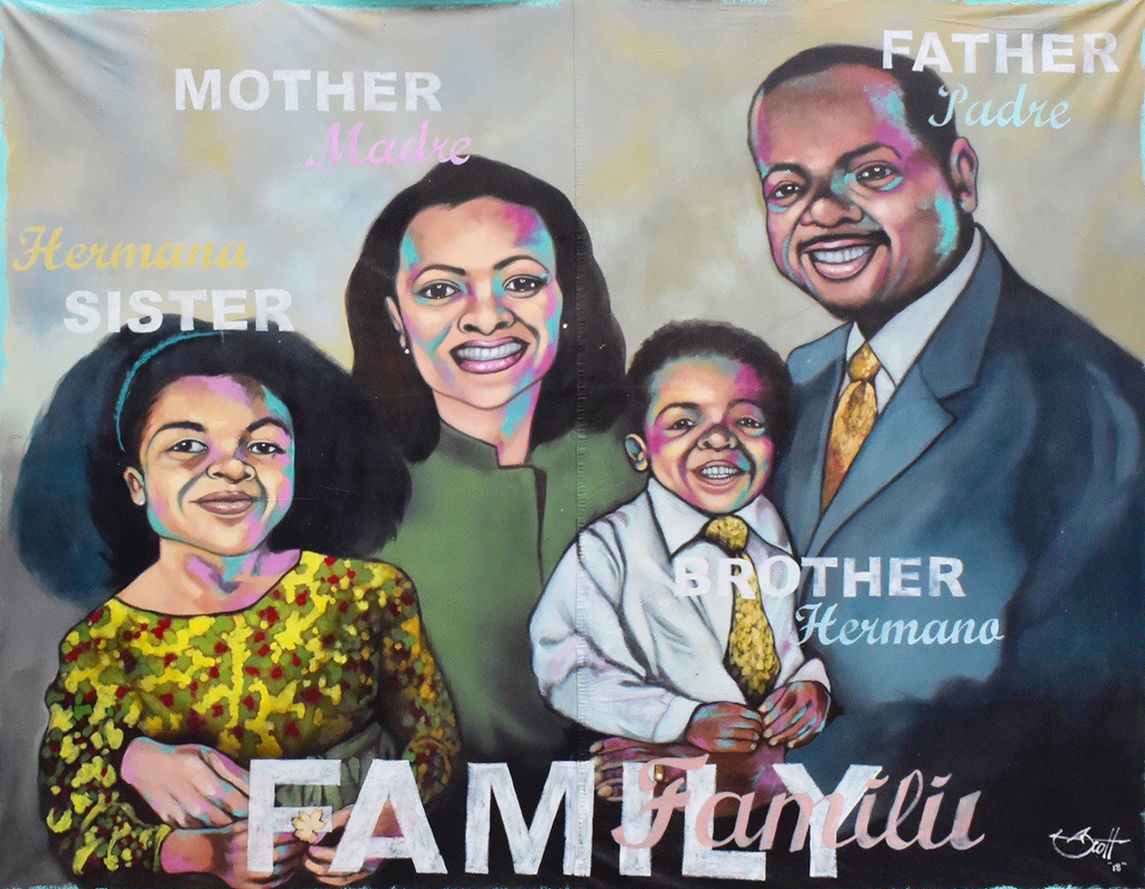 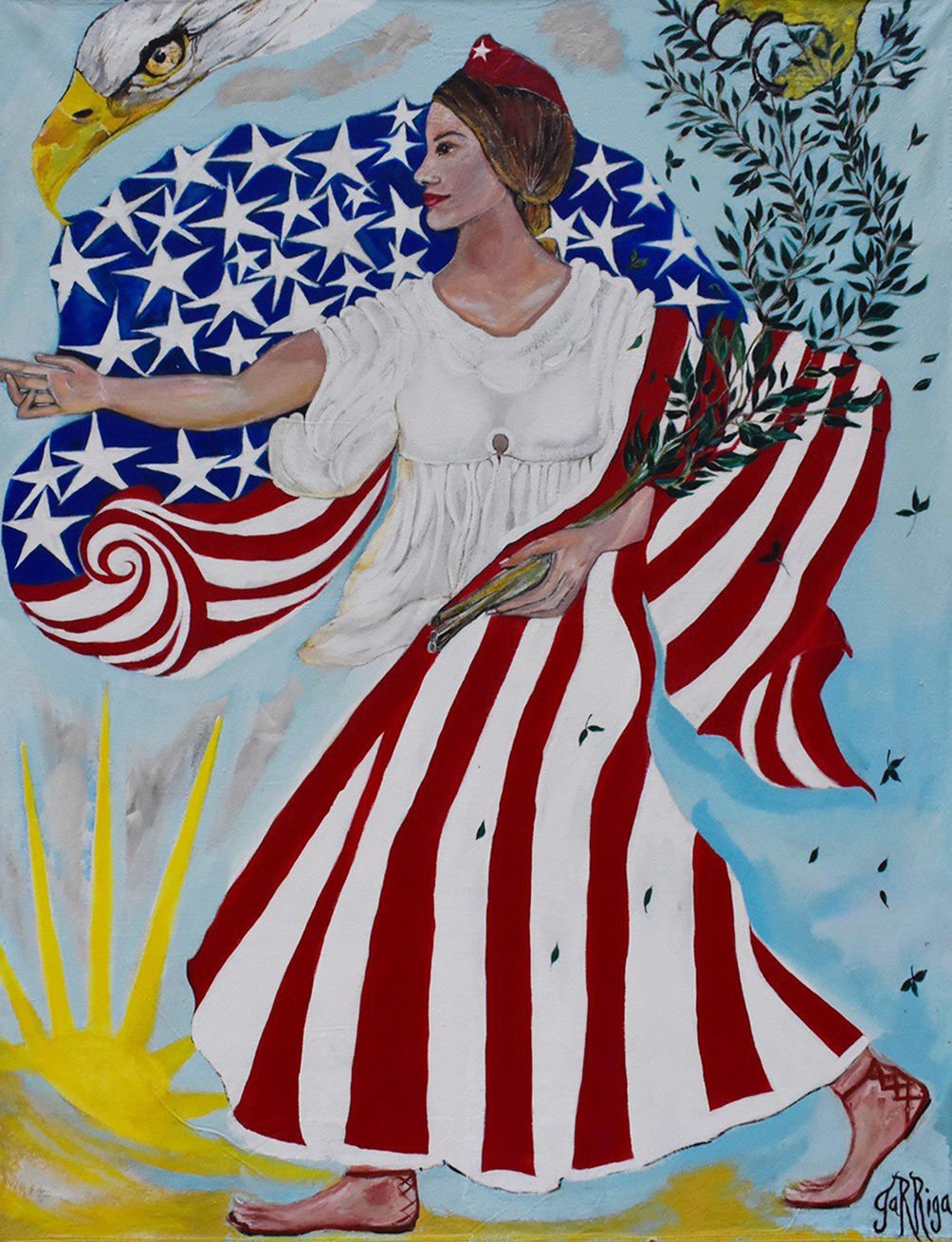 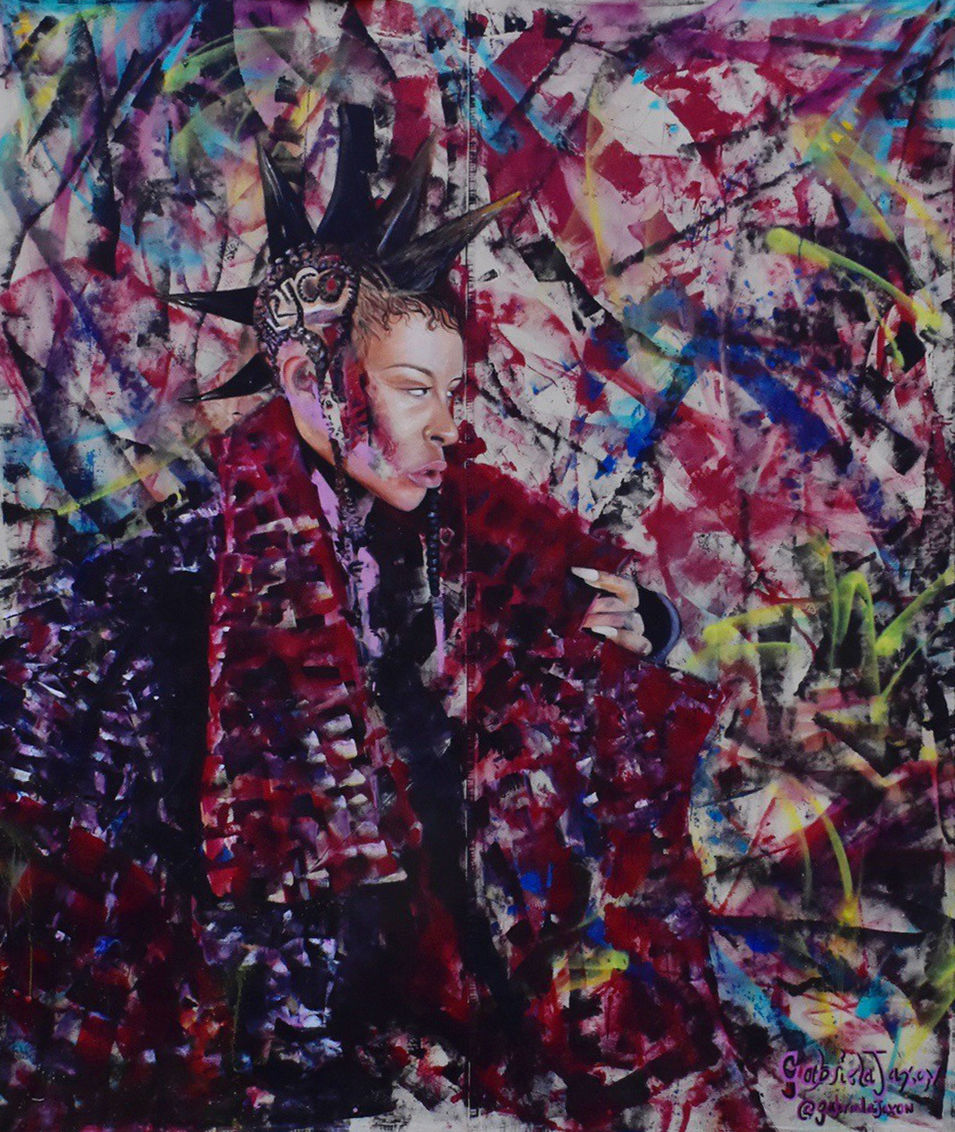 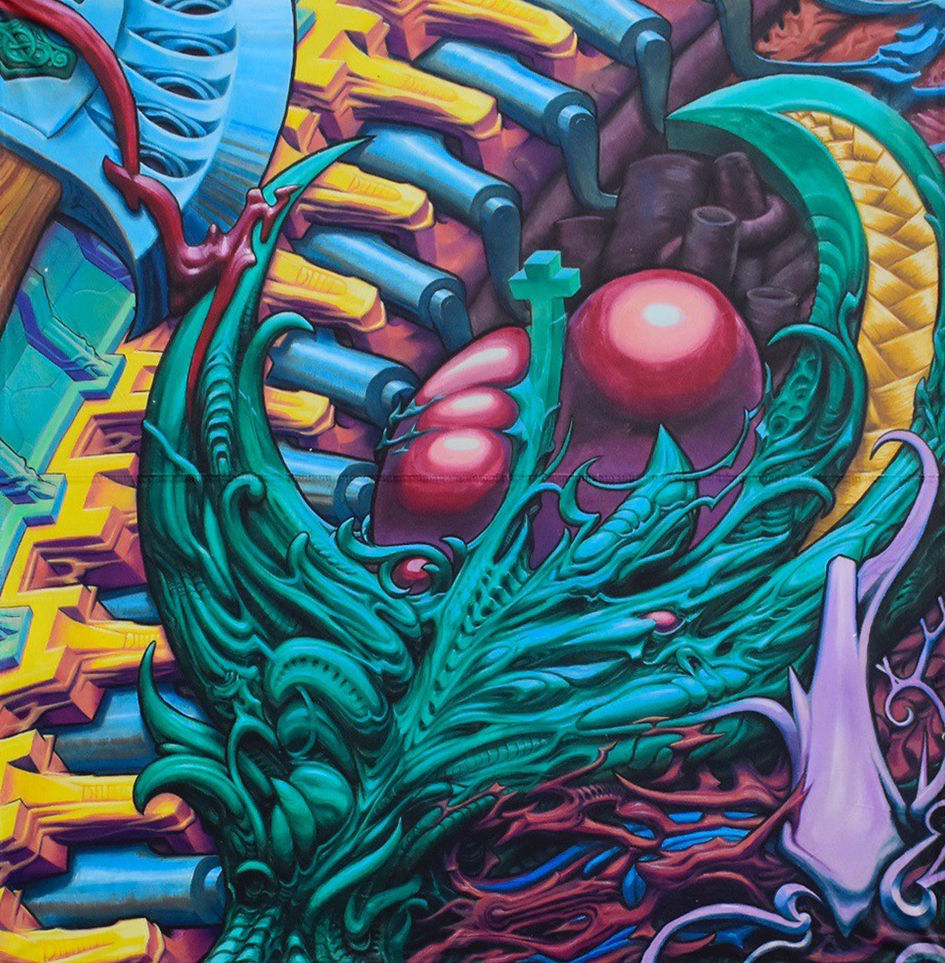 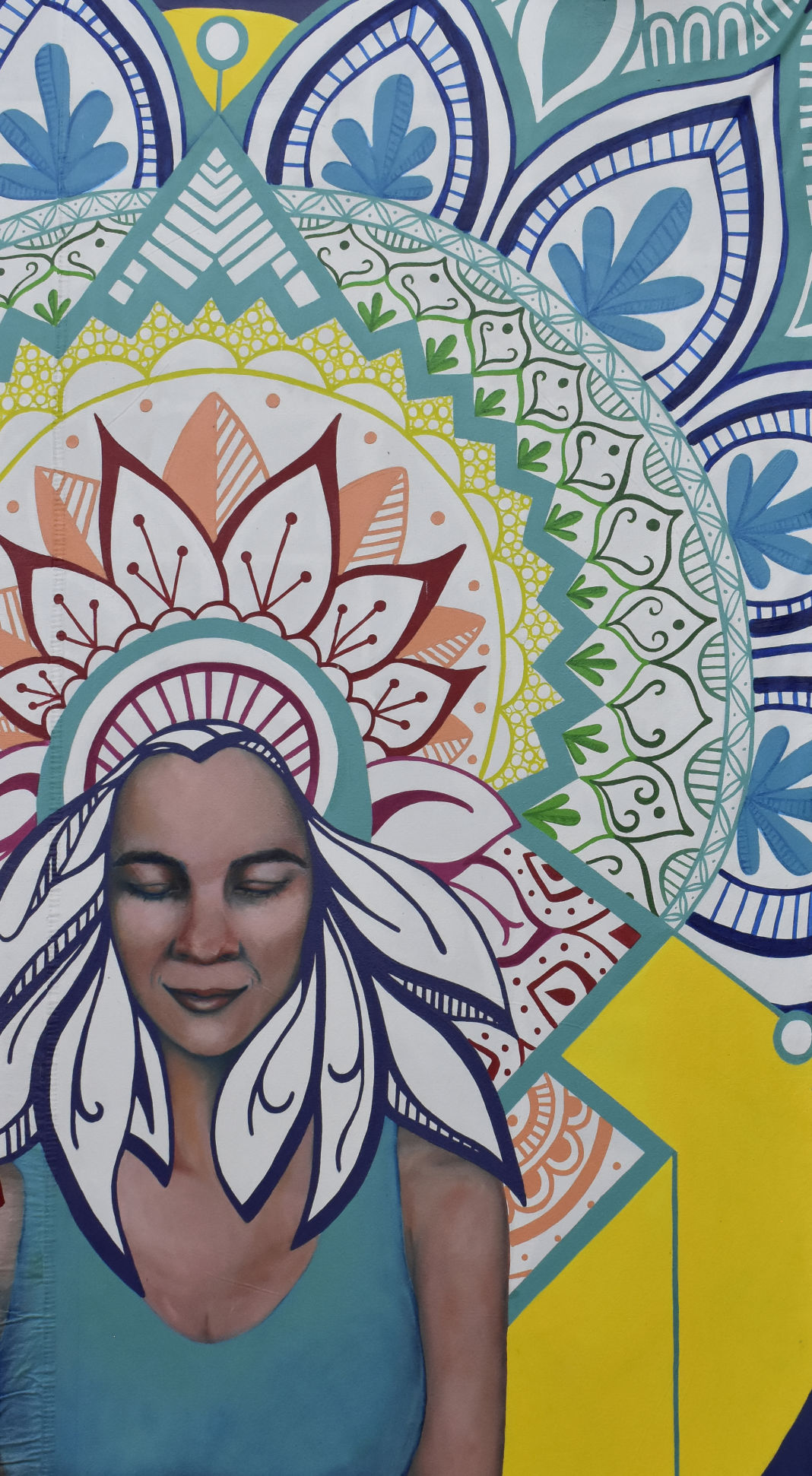 Now halfway through its one-year-long display, David Collin’s Tapestries continues to add life to Lakeland’s buildings in the Dixieland, Midtown, and Downtown areas. This project is a first for public art in Lakeland. While the city does display art in public spaces, such as the Lemon Street Promenade sculptures, murals have long been off-limits. Collins, who has executed several public art projects in Lakeland over the past few years, Clearly People being the most recent, decided it was time to do a large-scale, collaborative project with local artists.

The idea came to Collins after he received several used tarps that he then decided to paint on. He knew he wanted to hang them outdoors, but needed to know if they would even hold up in Florida’s hot sun. After doing several tests using Seal Krete and primer, the artist was confident that the paintings could withstand Florida’s brutal climate.

At this point, Collins sent out a call to artists. 65 tapestries needed to be painted, and while he probably could have painted them all himself had he wanted to, this was meant to be a collaborative project that would show off the talent of Lakeland’s artists.

In total, 43 artists created 65 tapestries; some painted just one, while others painted up to five. Artists who didn’t have a studio of their own worked in the gallery space of the Working Artist, Collins’ studio and gallery in Dixieland on South Florida Avenue.

Collins said that working with 43 artists was hectic. “I’ll never work with that many artists again,” he exclaimed, though he did make sure to mention that the majority were great to work with.

The benefit of working with over 40 artists is that it gives a chance to showcase all of the talent Lakeland has.

“It lets people know we have high-quality artists in Lakeland,” Collins said, “It also works as a way to market other artists.”

For a long time, Lakeland’s art community has largely been viewed as one-dimensional. Tapestries proves the opposite, displaying vast arrays of painting styles, subject matter, and ideas. Each artist represented a different side of the art community that Lakeland has.

Tapestries has even had an effect outside of the visual arts community, reaching into the performing arts. Amber Grubb, founder of GRUBB Arts, found inspiration for plays in the tapestries hung around Lakeland. Abstract is her five-show series of performances based on 30 of the tapestries.

Grubb already had experience turning paintings into performances prior to this. Several years ago, she directed a performance based on the Mona Lisa, and another on Jackson Pollock’s Convergence.

“The Abstract series is just a revised version of one of my favorite show designs,” Grubb said.

Some of the artists whose tapestries were used for inspiration include Gabriela Jaxon, Holly Scoggins, Aaron Adams, and David Collins. Originally, Grubb planned on making one full-length show featuring 12-15 paintings, but once she and her team began looking into each piece, they quickly realized narrowing down to a dozen or so would be difficult. Selecting 30 pieces and dividing them between five shows became the obvious way to execute the idea.

So far, two performances have already been completed: La Femme on May 19th and Electric Youth on June 23rd. Grubb says the reception has been fantastic and that audiences are thankful for the opportunity to learn more about the pieces they have been seeing.

Grubb also taught a workshop at Main Street Homeschool Auxiliary where students analyzed individual tapestries and wrote ekphrastic poetry based on their analyses.

“The students really engaged in the process and had tons of meaningful insights to lend to the greater human conversation,” Grubb mentioned.

Grubb stressed the importance of viewing the tapestries up close, not just through the car window as you drive past. She believes that there is great educational value in each piece, and that seeing them in person is an enriching experience.

Overall, the response from the public has been overwhelmingly positive, the only backlash being against Aaron Corbitt’s The Fall of Dionysus, a therapy piece for the artist that tackled the subject of alcoholism. Corbitt took the criticism well, though, understanding that not everyone will get the intended message from a piece of art.

“I made a killing on the prints!” Corbitt joked after mentioning that the criticism opened a dialogue about the piece and got more people involved in discussing art.

To non-artists, the art world can come off as being a smug, intimidating space that isn’t very welcoming to outsiders. While this is not necessarily true, going to a museum and trying to talk about a painting made by someone who is considered a “master” can be difficult. On the other hand, a painting hanging on the side of a building invites anyone to stop and think in a casual environment, free of judgement. The tapestries bring art out of the museum and allow for everyone to see and discuss art in a setting they are familiar with.

While Collins was fairly modest about the project, stating “I’ve already done the work, they’re up now. Other people probably have better insight than me,” it is clear that Tapestries has had a significant impact on the way Lakeland views and understands art.

For a map of where tapestries are hung, go to davidnelsoncollins.com.

Octopus’ Garden in the Ancient Sea By Roderic Brame

Dino on the Wall By Ana Lopez

Patterns of Thought By Meredith Pope