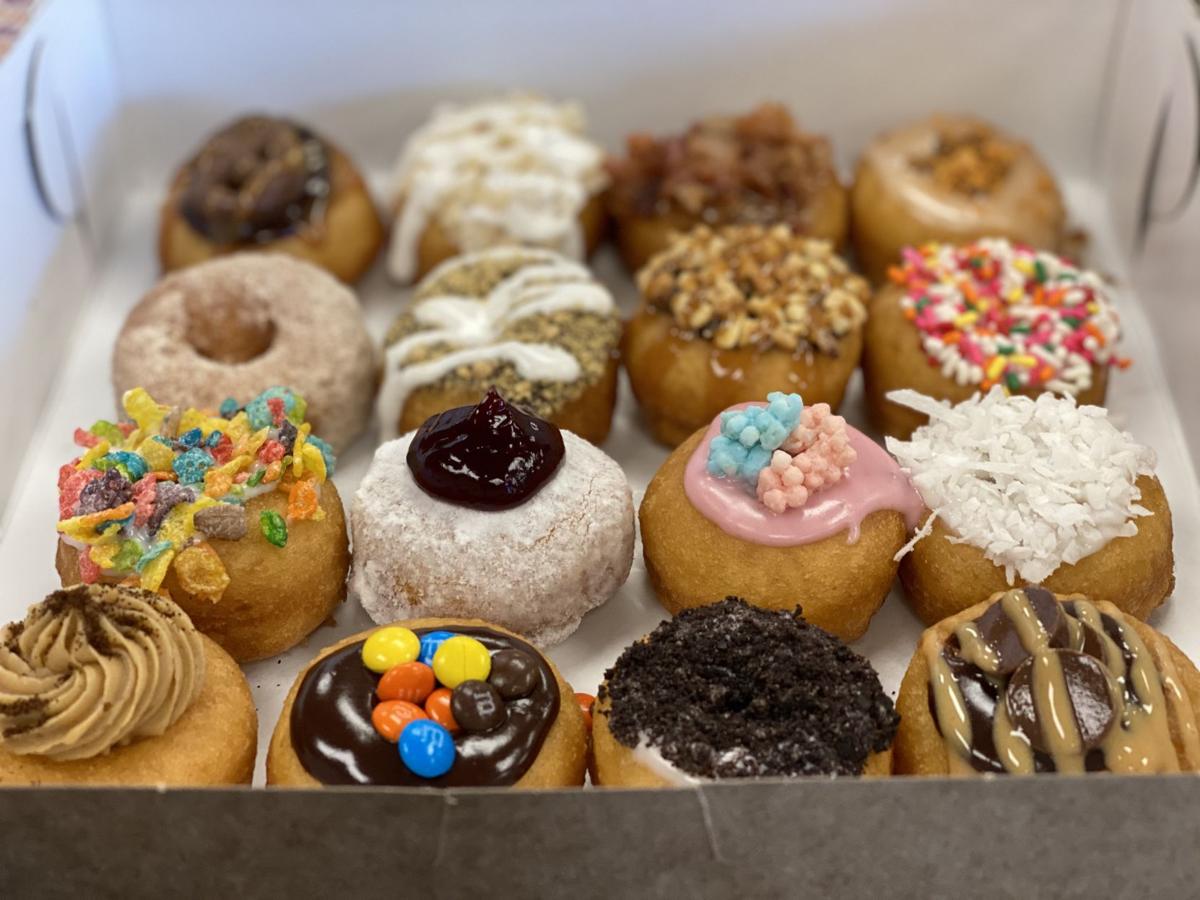 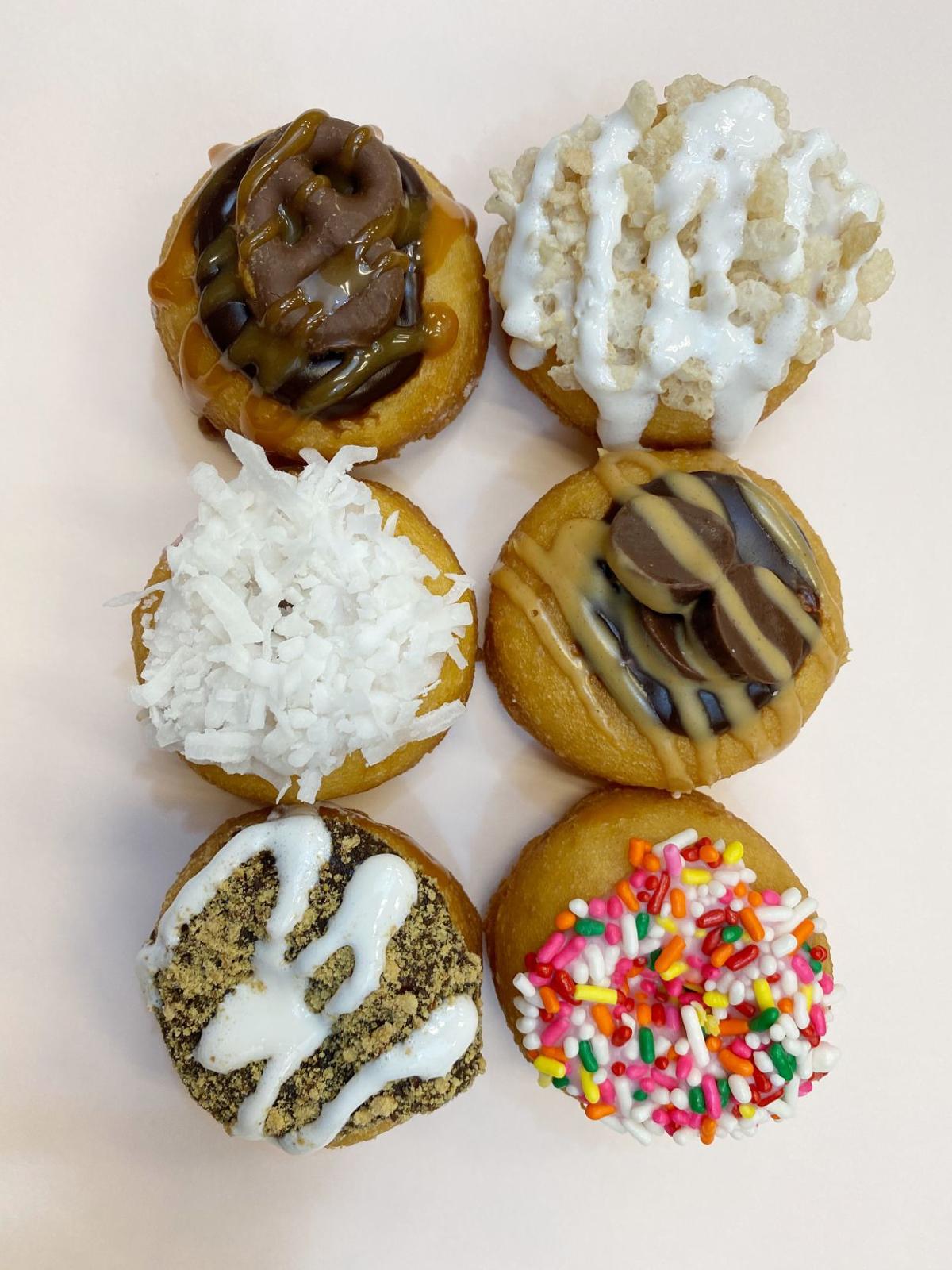 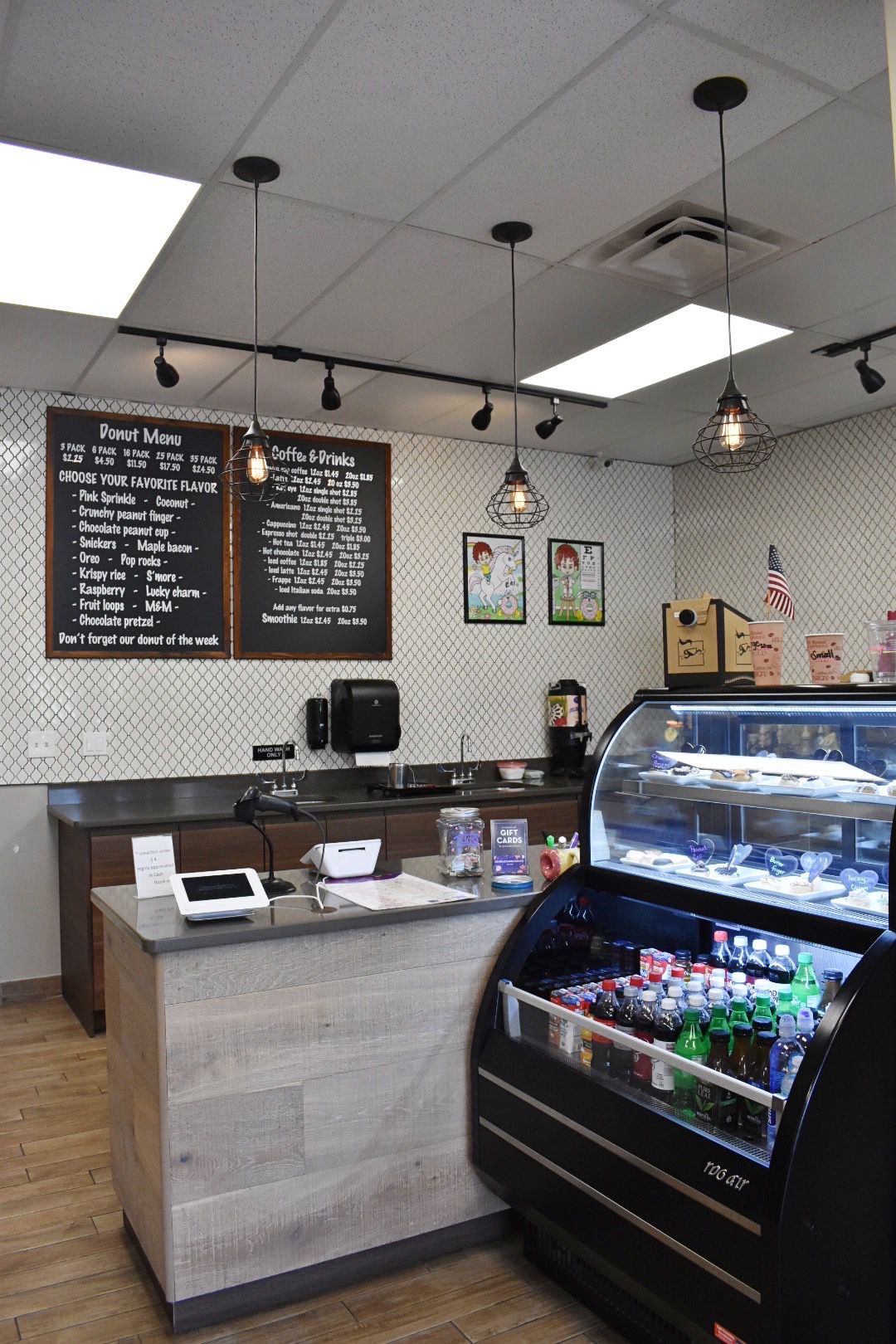 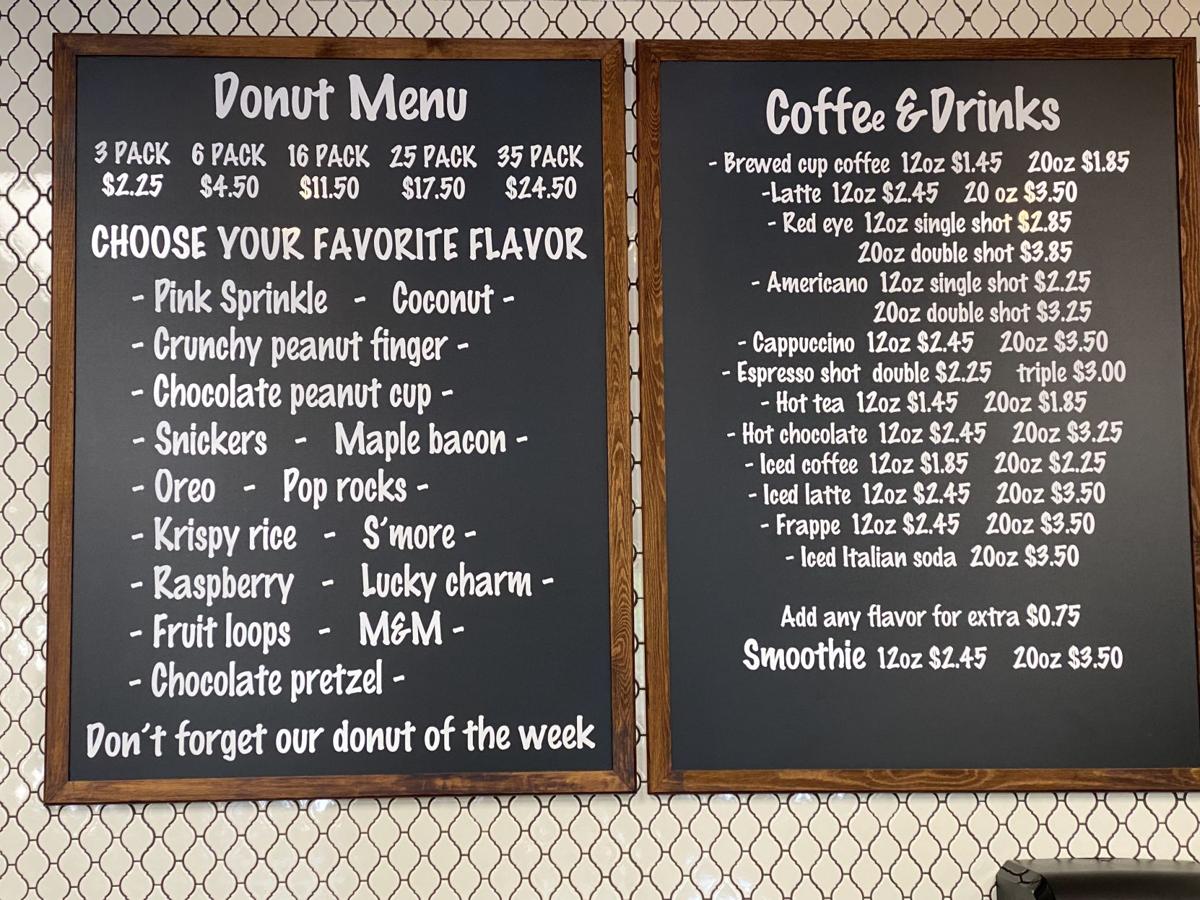 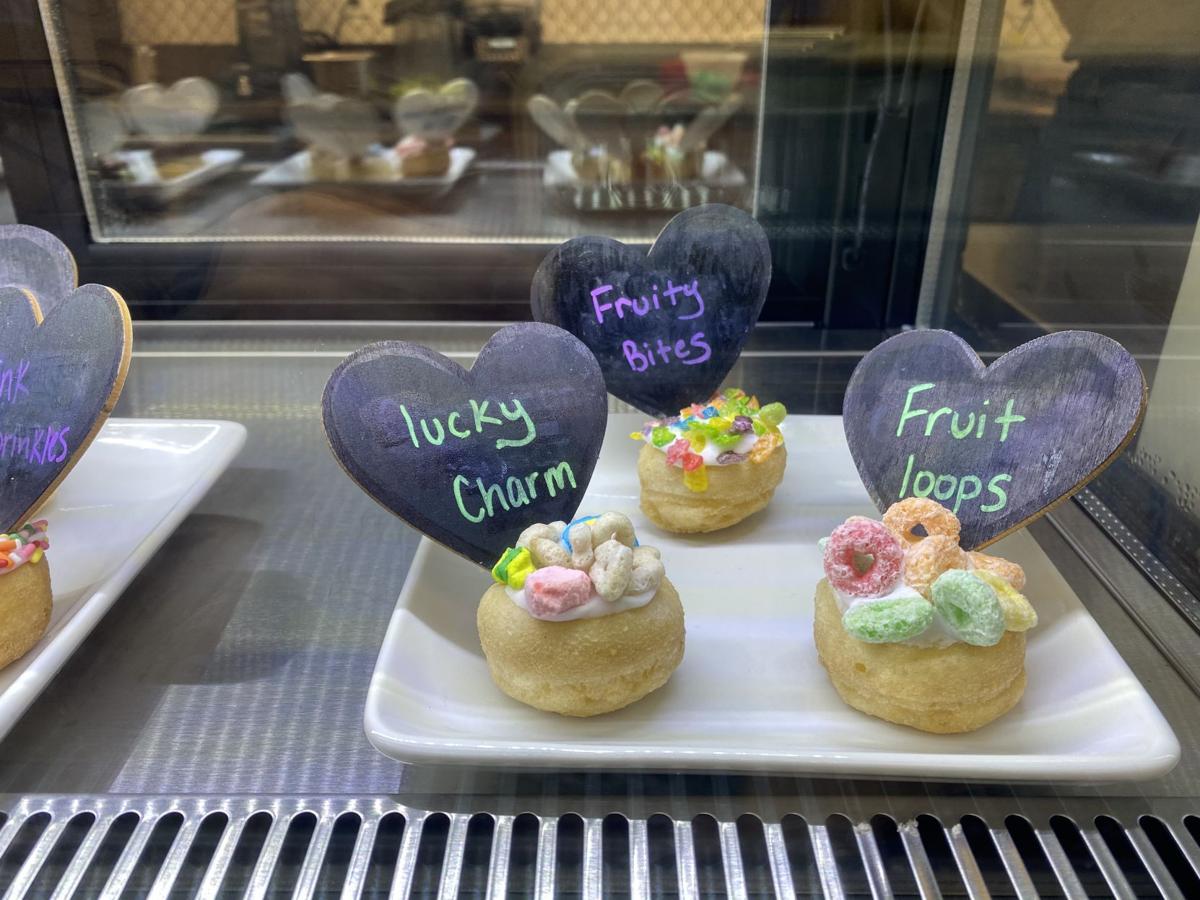 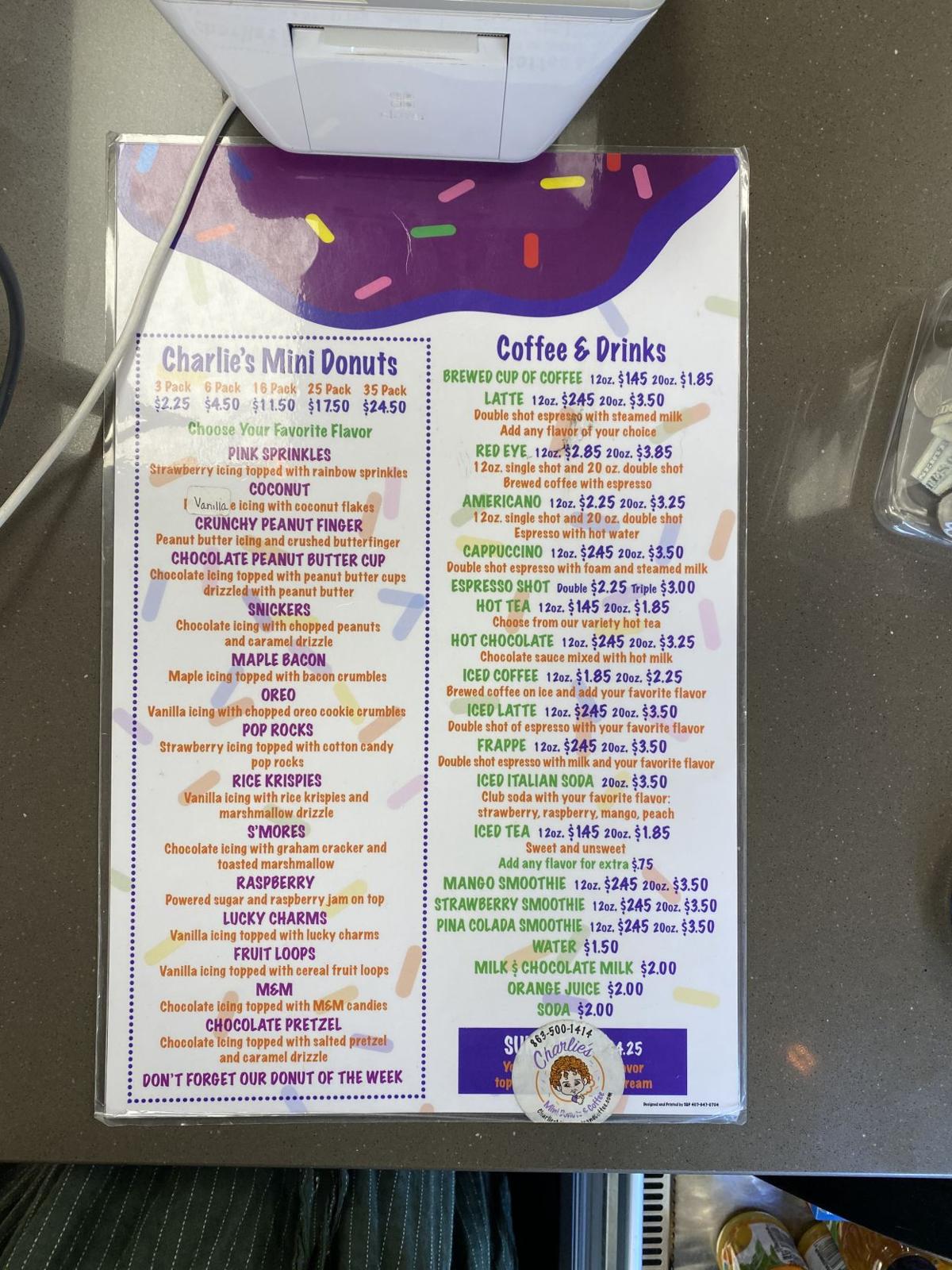 It’s a sweet little gesture – get a box for someone you love today, or get one for yourself, or do both!  Charlie’s mini donuts are mini, so eating an entire dozen is really only like three or four regular donuts.  Right?

The first time Charlie’s Mini Donuts & Coffee owner Carlo Bashoura came across the mini donut concept was in Seattle, where he used to live. At the local farmers market was a man with a single machine, serving up piping hot mini donuts. People would grab a cup of coffee from a shop across the street and make their way to the mini donut vendor to pick up a six-pack in a bag. “I used to go there and get his donuts all the time and the idea has stuck in my head since,” said Barshoura.

Carlo and his wife Marcel thought South Lakeland could use a good coffee and donut shop and decided to open one of their own. Just like the made-to-order goodies that come out of the shop, “We started Charlie’s Mini Donuts from scratch,” said Bashoura. Carlo and Marcel completely renovated their space off of County Road 540A in South Lakeland. The shop was an empty shell. The Bashoura’s put in everything from the plumbing, new electric and walls, all the way down to the paint. They opened Charlie’s Mini Donuts in July of 2017 and the tiny treats have since become a fixture in the bellies and Instagram feeds of Polk County residents.

The donut and coffee cafe is named after their son, Charlie. His sweet face and red ringlets are depicted in caricatures around the shop. Charlie’s cartoon likeness is even the logo for the mini donut brand. “He’s everything we have in our life,” said Barshoura. “He’s the boss, Charlie is the boss,” he smiled.

The shop started with 15 flavors and over the years have added on to their now 26 flavors. Through their “Donut of the Week,” Charlie’s tries out a new flavor based on ideas of their own, from customers and employees and even other shops. If the flavor is a hit, they do-nut have any objections to keeping it on the menu permanently.

To accompany their many unconventional and classic flavors is a cup of Joe just how you like it, from Joffrey’s Coffee and Tea Company in Tampa. Hot and iced coffee, lattes, cappuccinos, teas and smoothies are just a few of the beverage options at the shop.

“They’re all made to order – that is what sets us apart from everybody,” said Bashoura. In a world of frozen and reheated or pre-prepared and shipped overnight, the Charlie’s owners pride themselves on the freshness of their products. There are two kinds of donuts – yeast and cake. Charlie’s are moist, crumbly cake donuts.

They make their dough on-site and fry the donuts to order. The donuts are then iced, topped, and drizzled if the recipe calls for it. “Even if you came in at 6 pm, you’re going to get hot, fresh donuts,” said Bashoura.

One of their top sellers is Maple Bacon – a warm cakey donut with maple icing topped with bacon for a sweet and salty fix. Another is their classic Pink Sprinkle donut which brings to mind Homer Simpson – Mmmmm donuts.

Many people keep it traditional with glazed, while other creative offerings include donuts topped with Fruity Pebbles, Pop Rocks, Rice Krispies, Butterfinger and even a S’mores donut with chocolate icing, graham cracker crumbs, and marshmallow drizzle. Carlo said his sweet tooth is partial to their Cinnamon Sugar and Reece’s Peanut Butter Cup flavors.

Donut lovers can get customizable with their orders from adding chocolate icing to the top of a raspberry jelly donut, to specific colors for a school or baby shower. “If the customer wants something, we’ll make it happen for them,” said Bashoura.

These adorably appetizing treats have even been featured in place of traditional wedding cakes, or as fun additions to the dessert table at baby showers, birthdays, and gender reveal parties. Looking for a larger quantity of these mini delights? Just consult with Charlie’s Mini Donuts at least three days before your event and they can make it happen.

“The freshness and the unique flavors that we have,” Bashoura said is what he thinks keeps people coming back for their mini donuts. “We try to serve our best and the best quality and a lot of people like and appreciate that,” he said. For friendly service, seriously cute donuts, and a little something to sweeten up your social media game – stop into Charlie’s Mini Donuts & Coffee. Donut forget to tell them LKLD sent you!

In 1974, Jimmy Minadakis converted a former farmhouse turned bingo hall into what would be h…