You have permission to edit this article.
Edit
Home
Best of HAVEN
Best of LKLD
Top 10 to Do in Polk
Top 10 to Do in Lakeland
Local News
Arts
Food & Drink
Profiles
Cover Story
Travel
Events
1 of 12 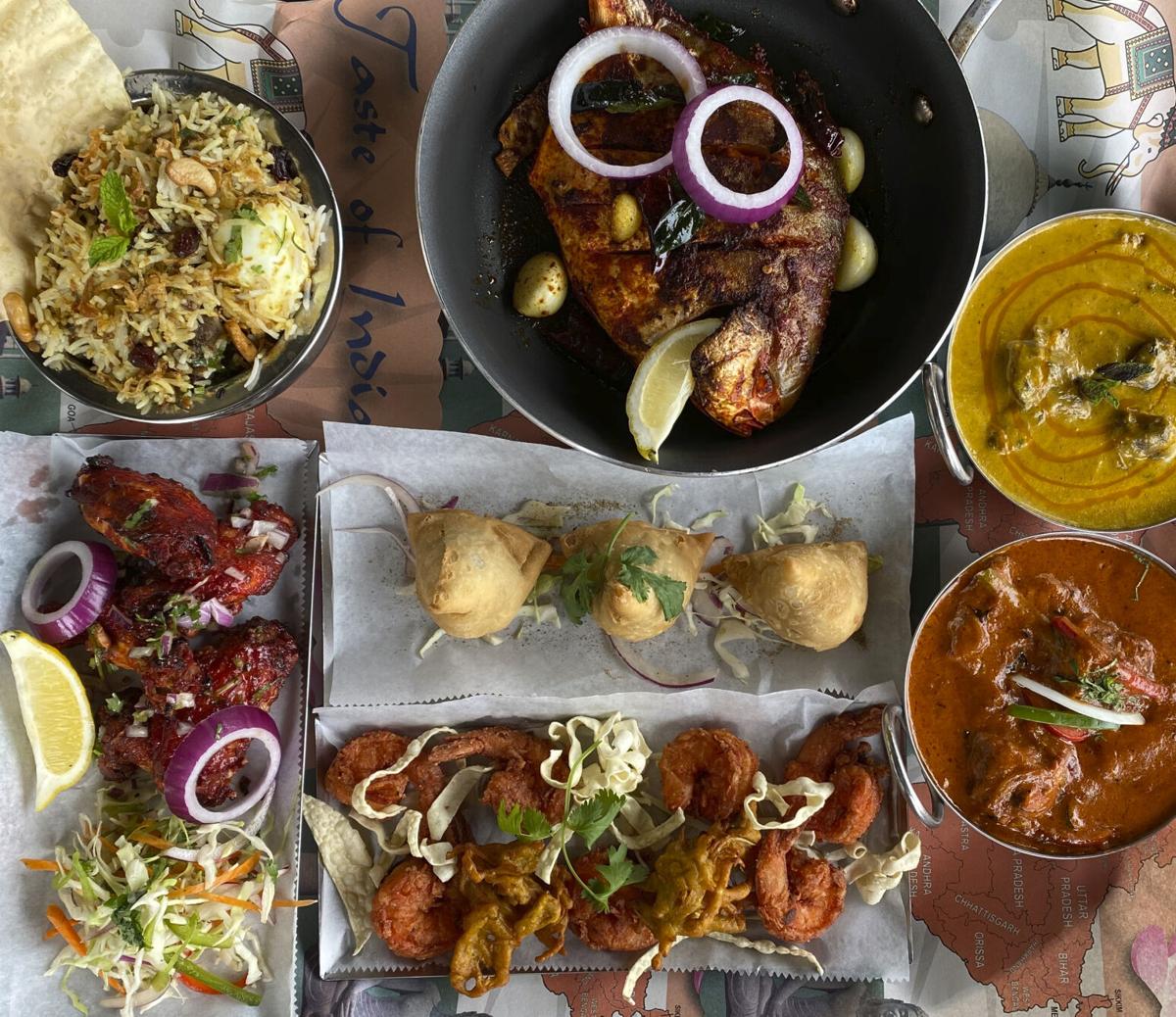 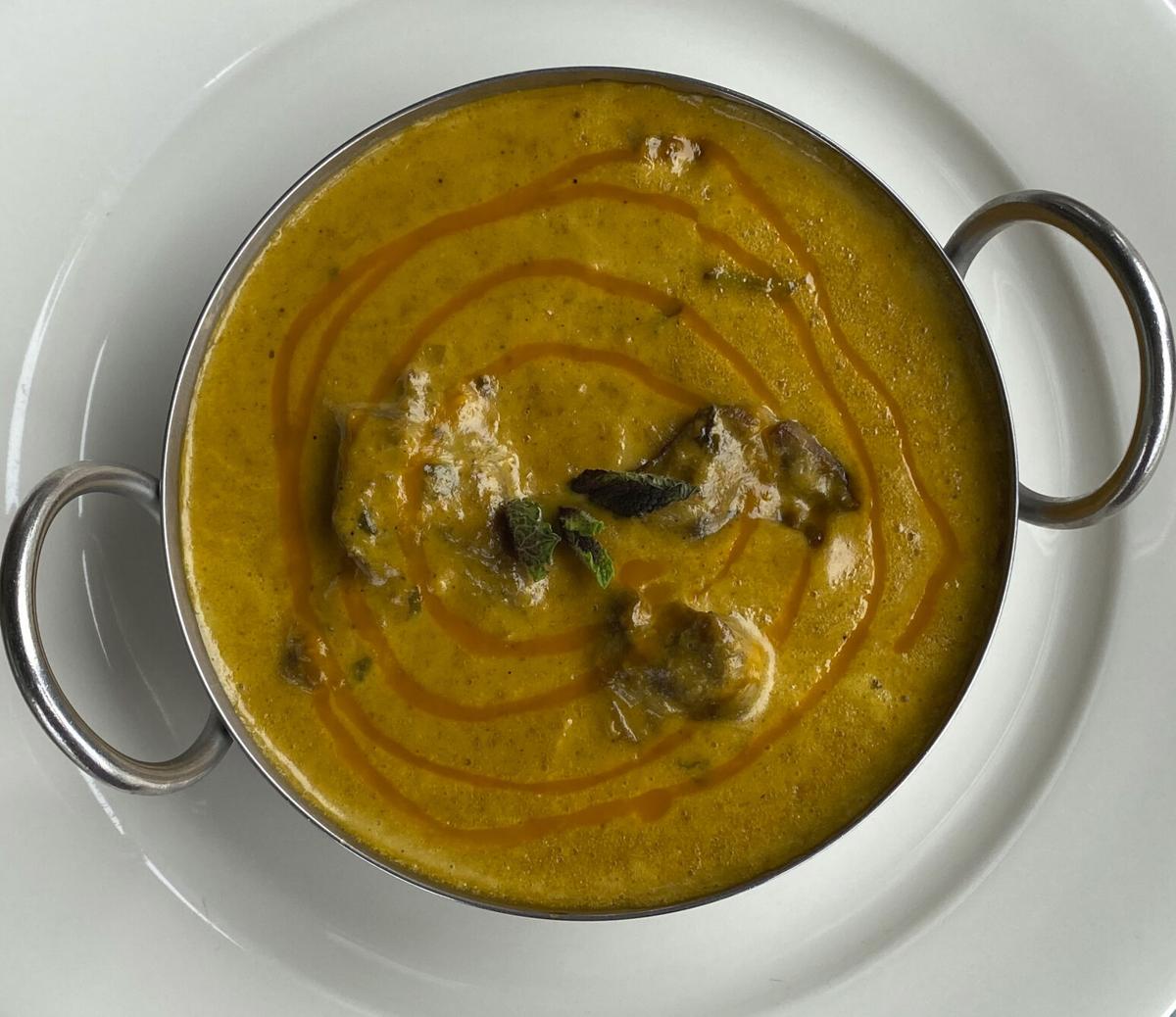 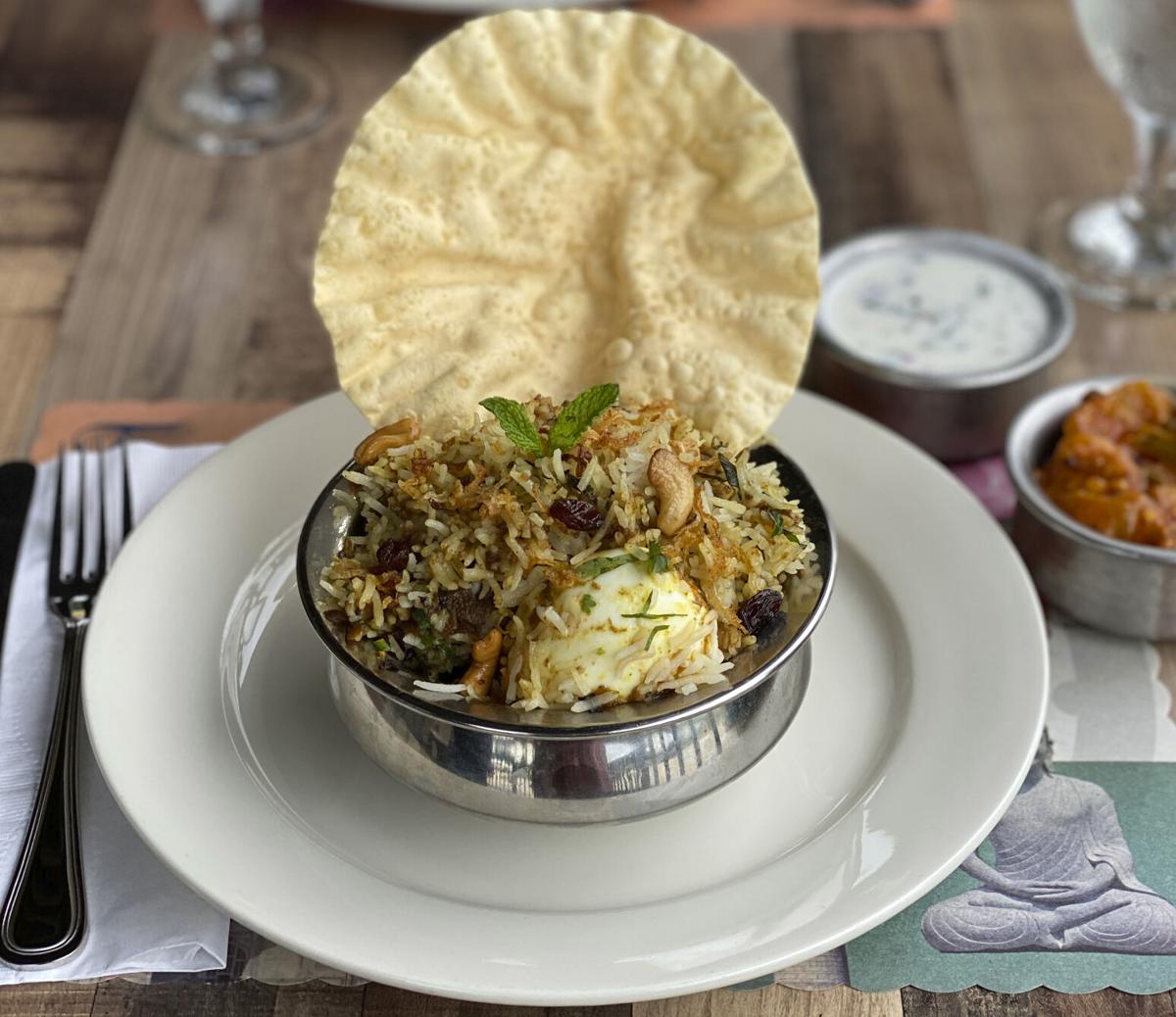 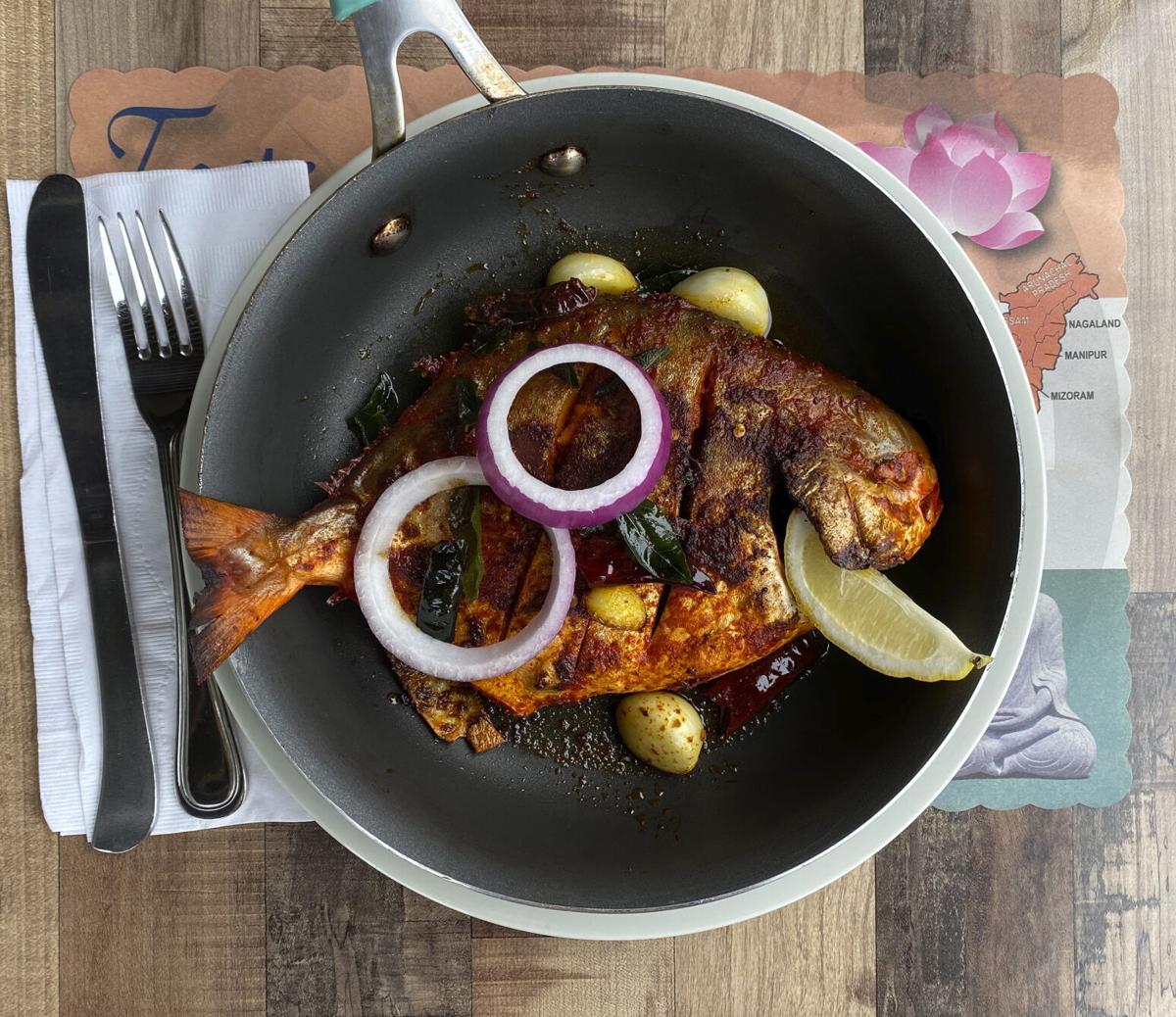 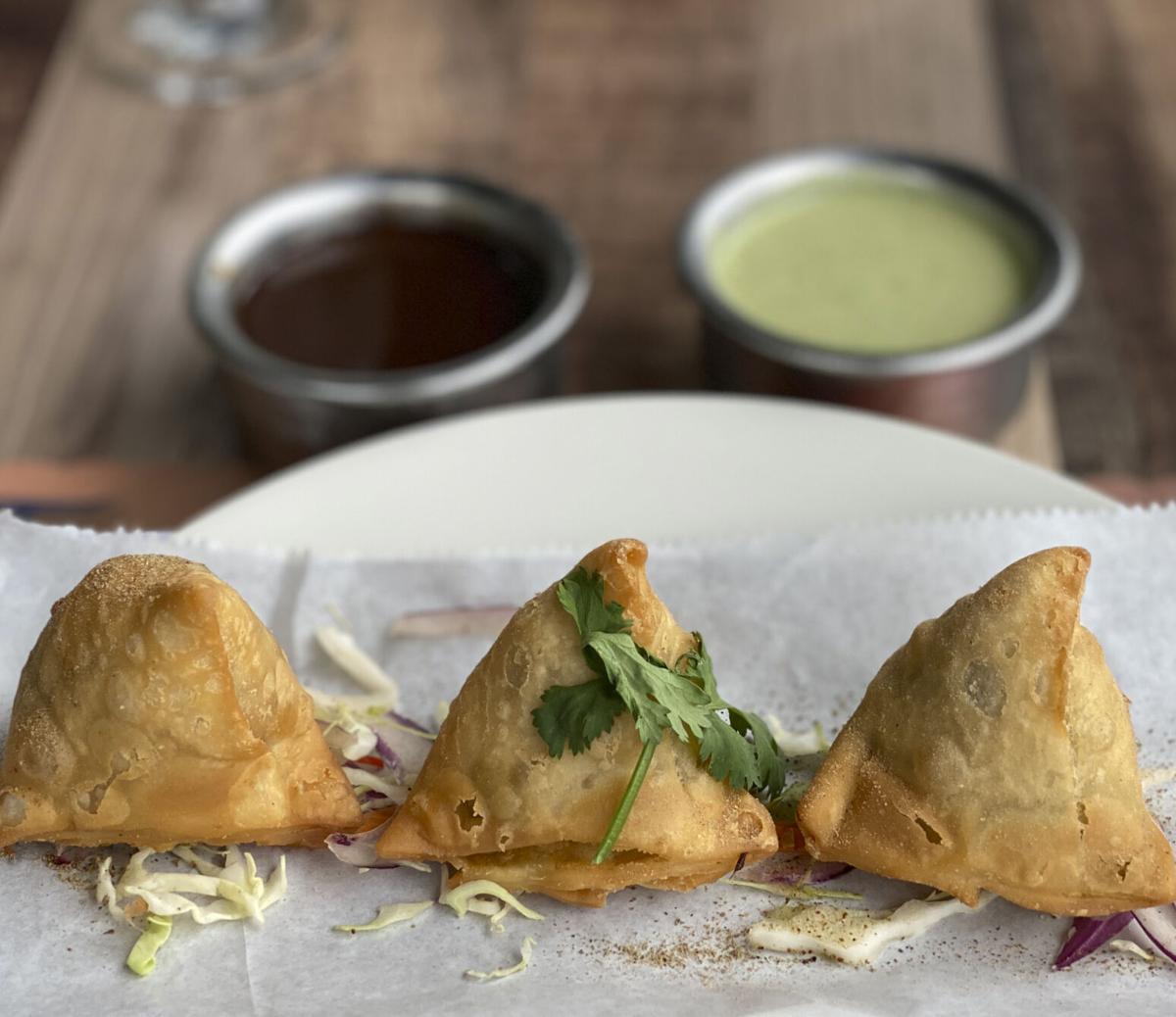 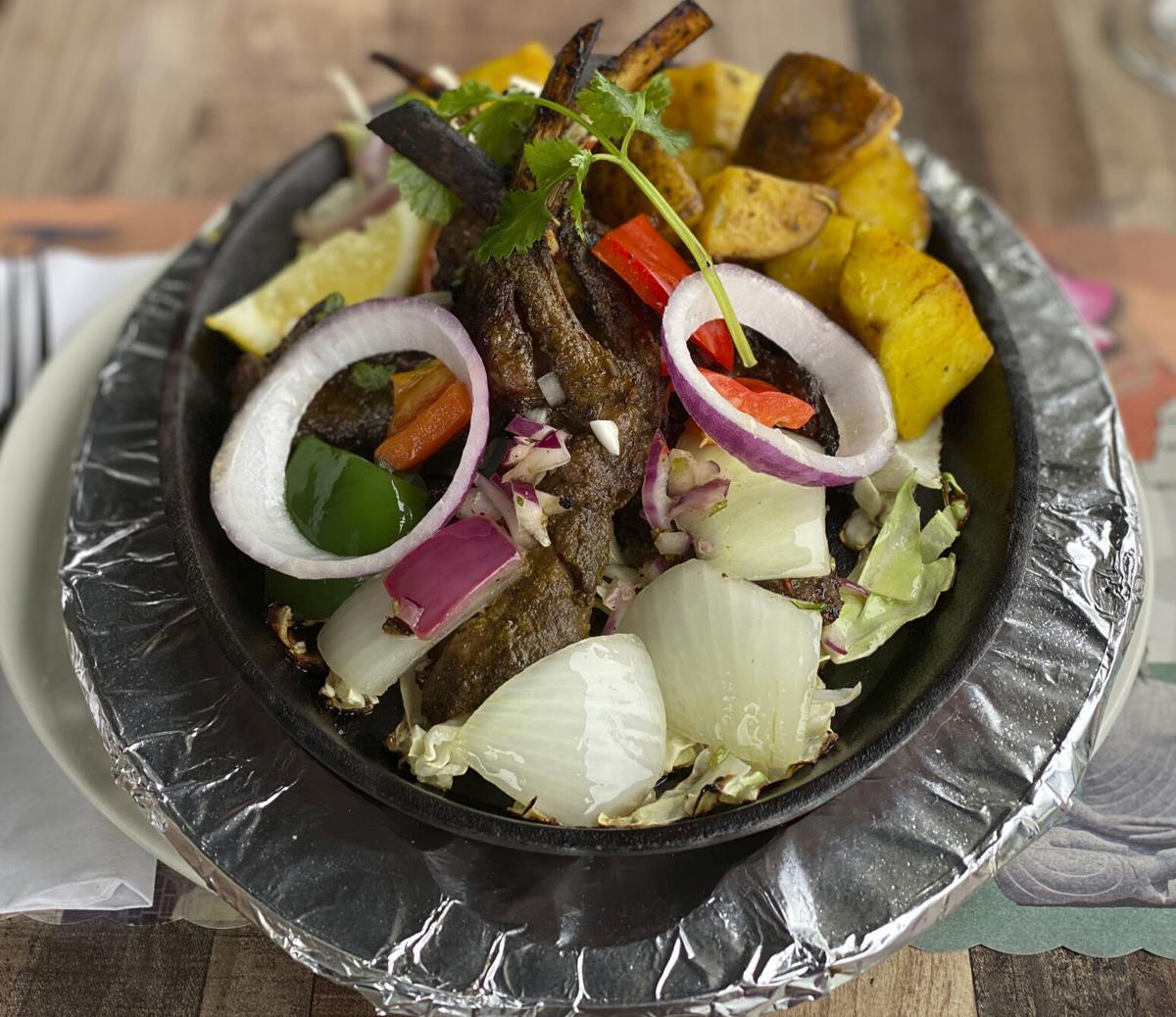 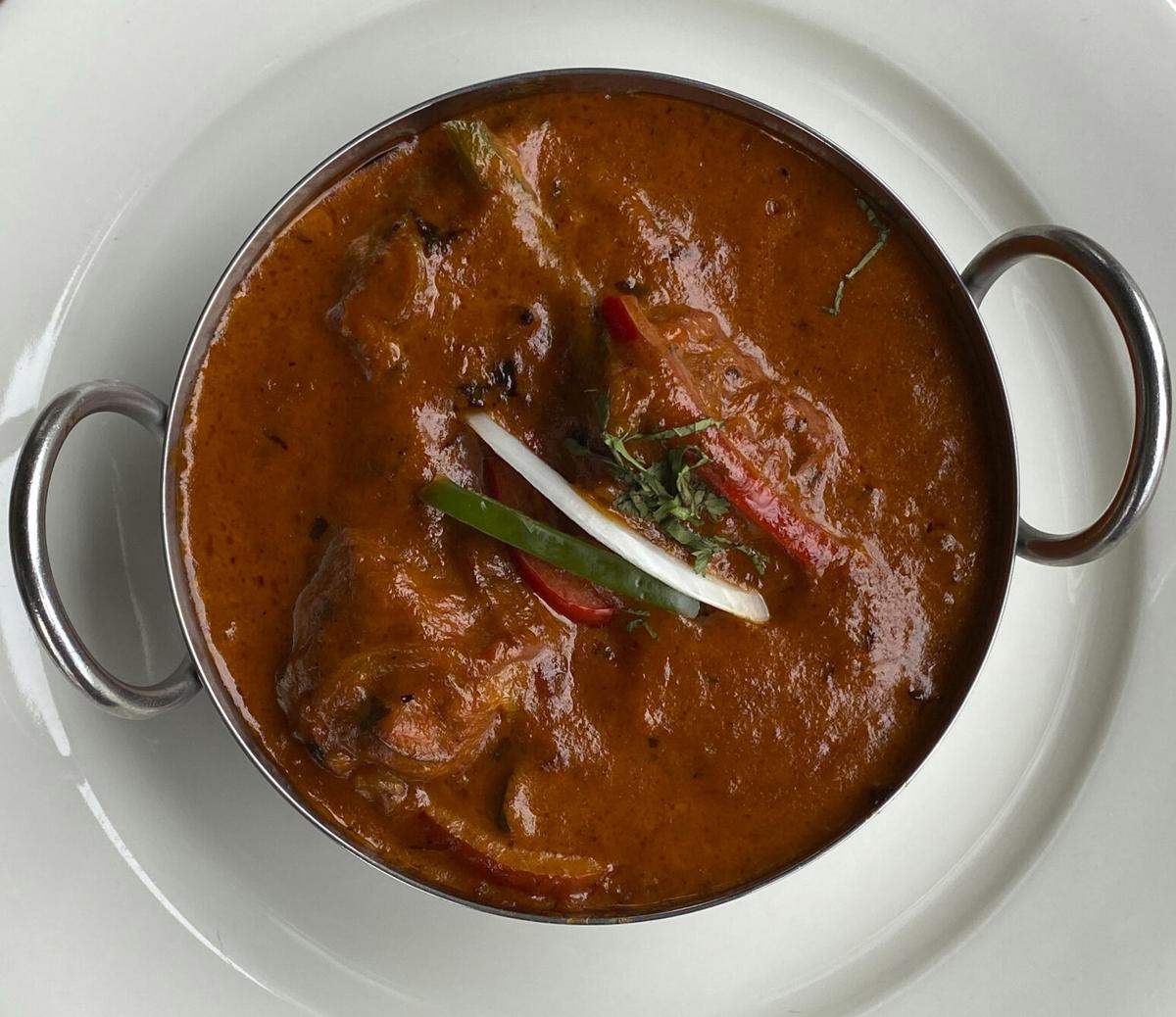 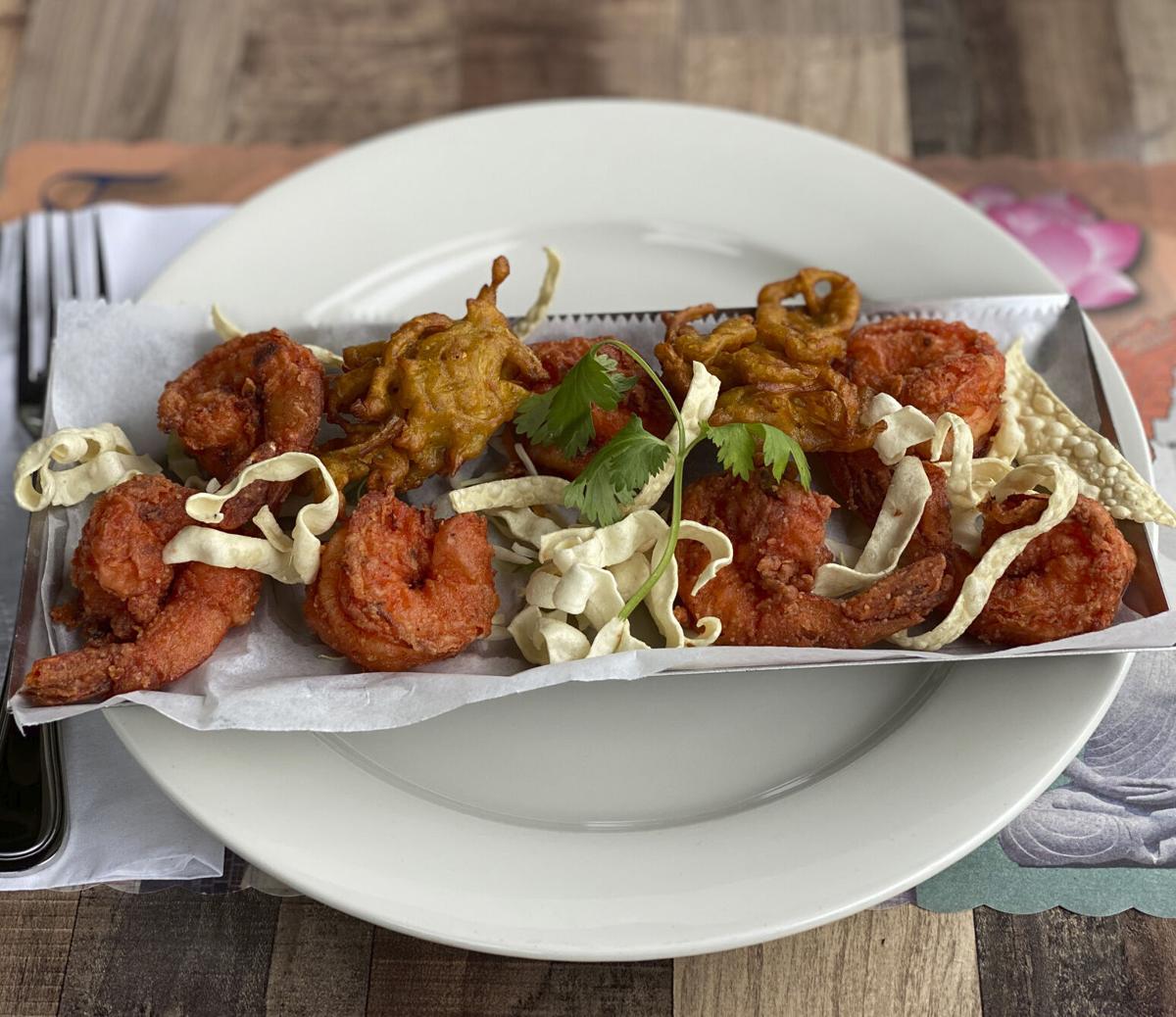 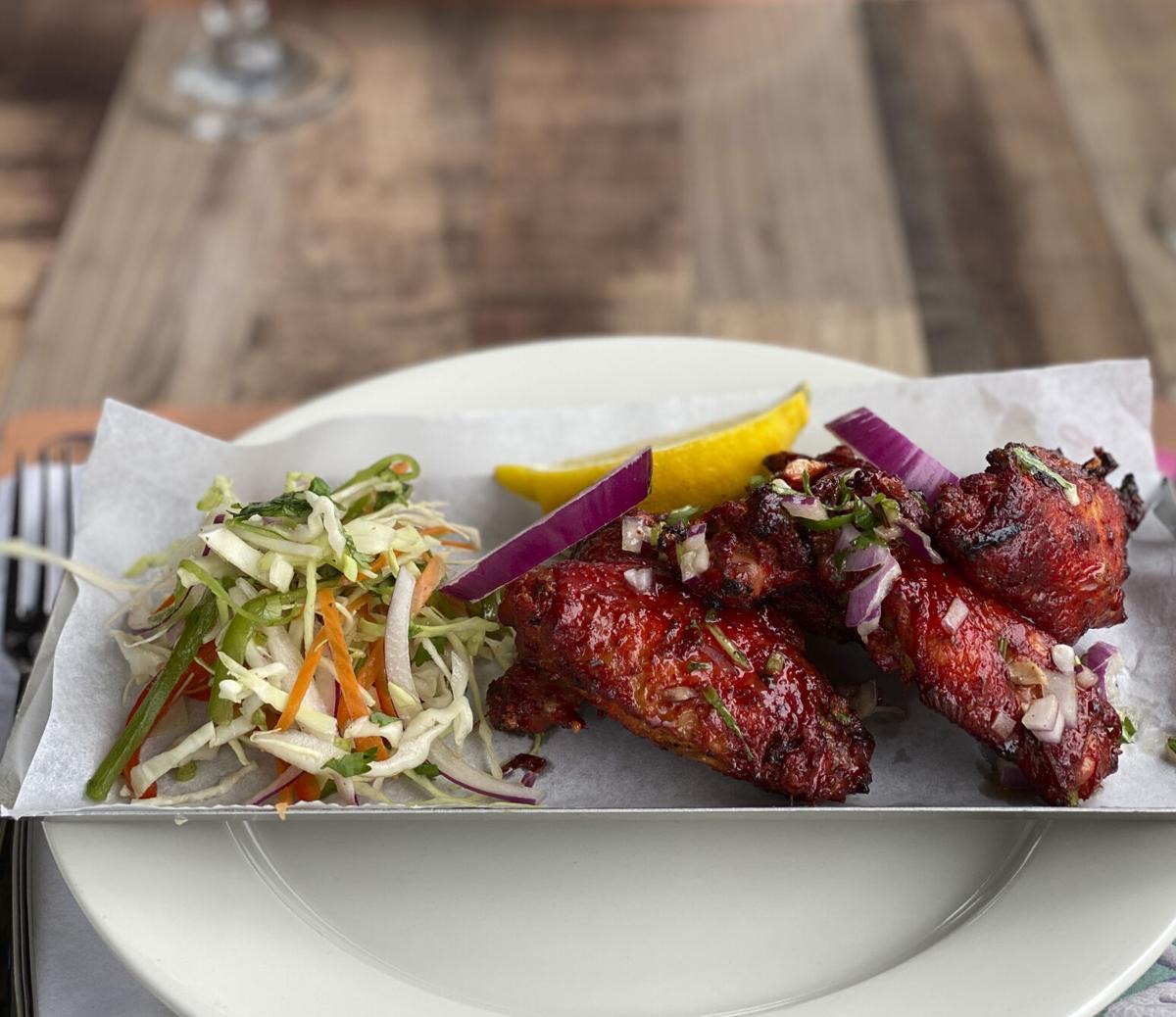 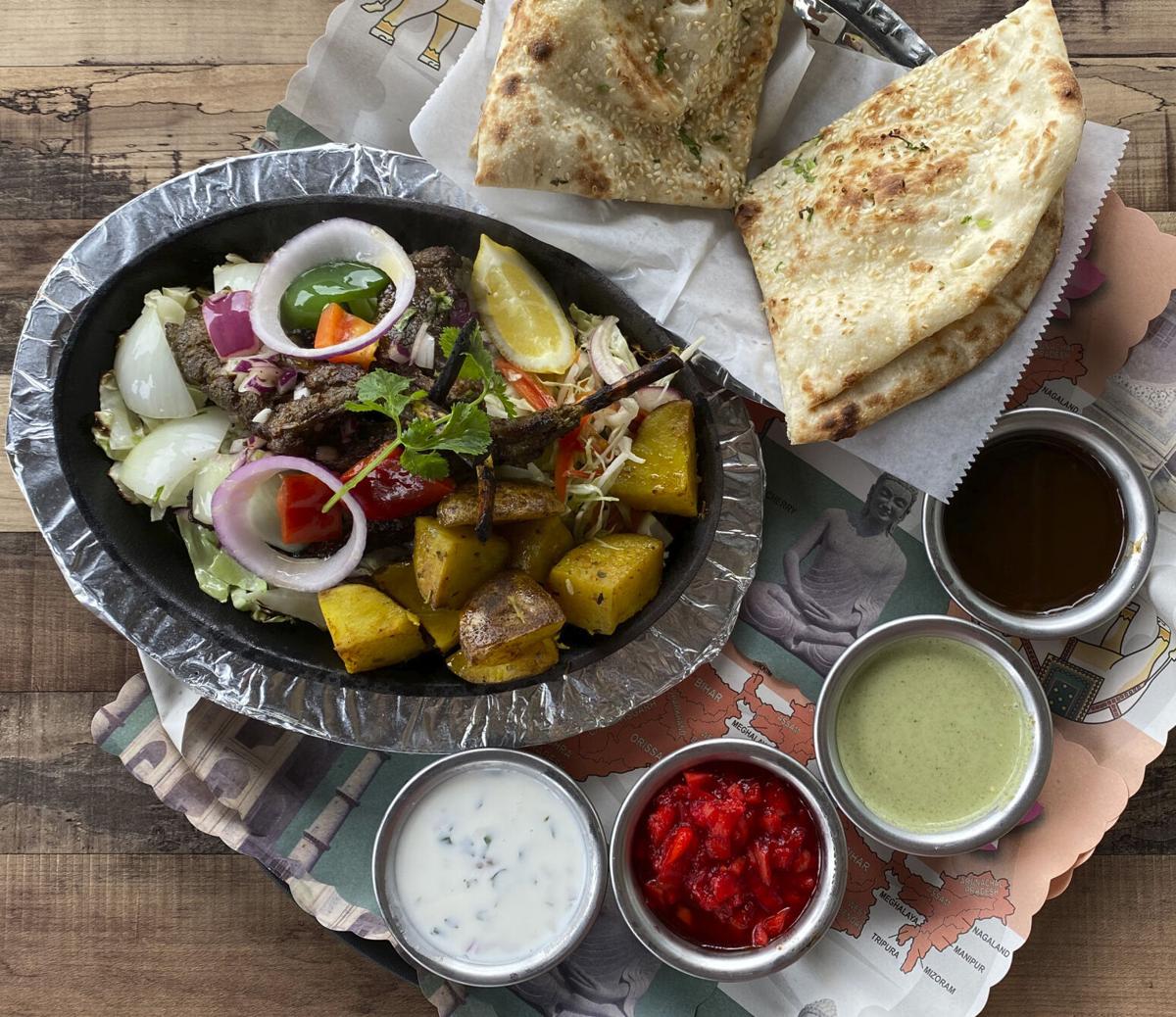 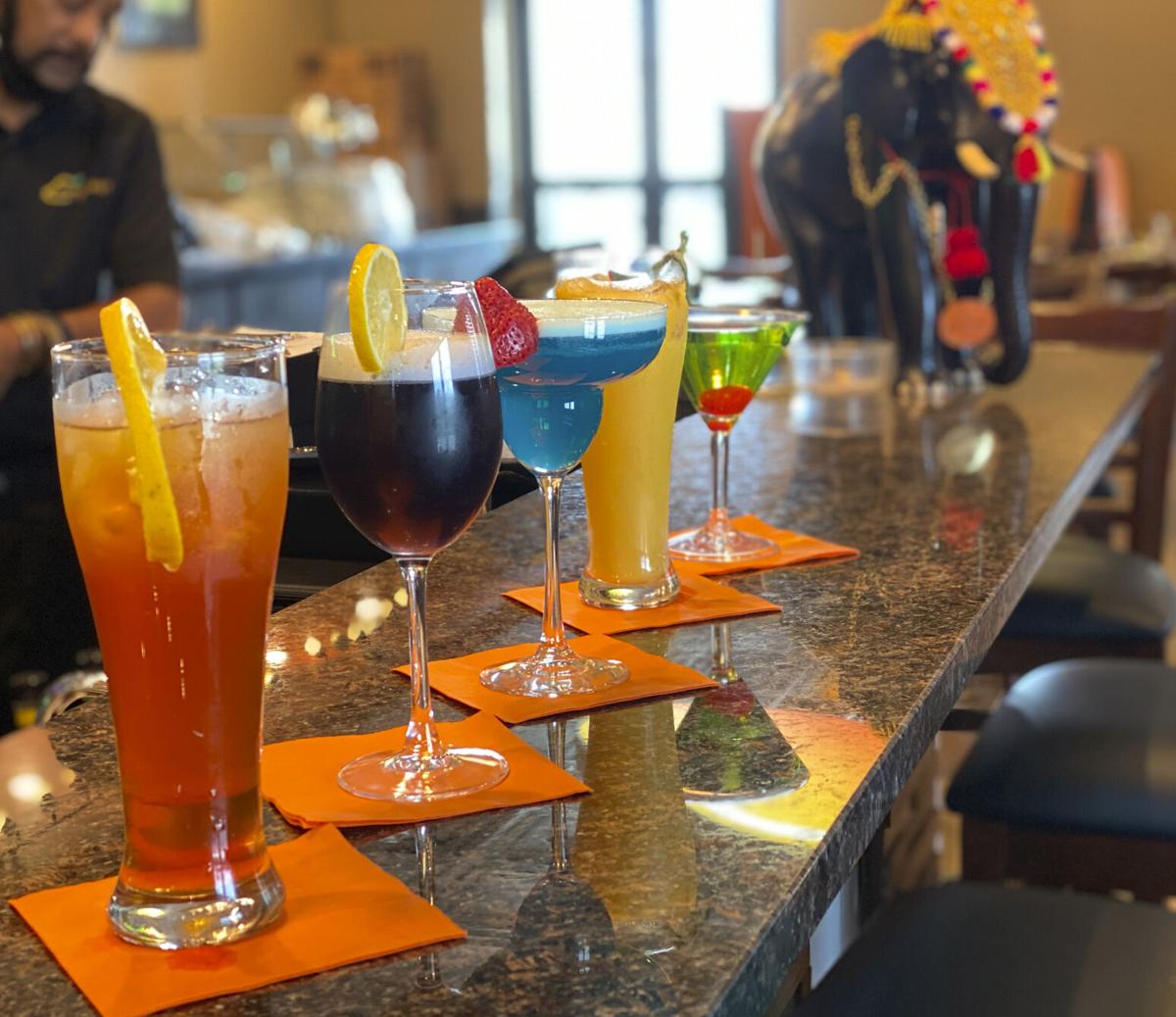 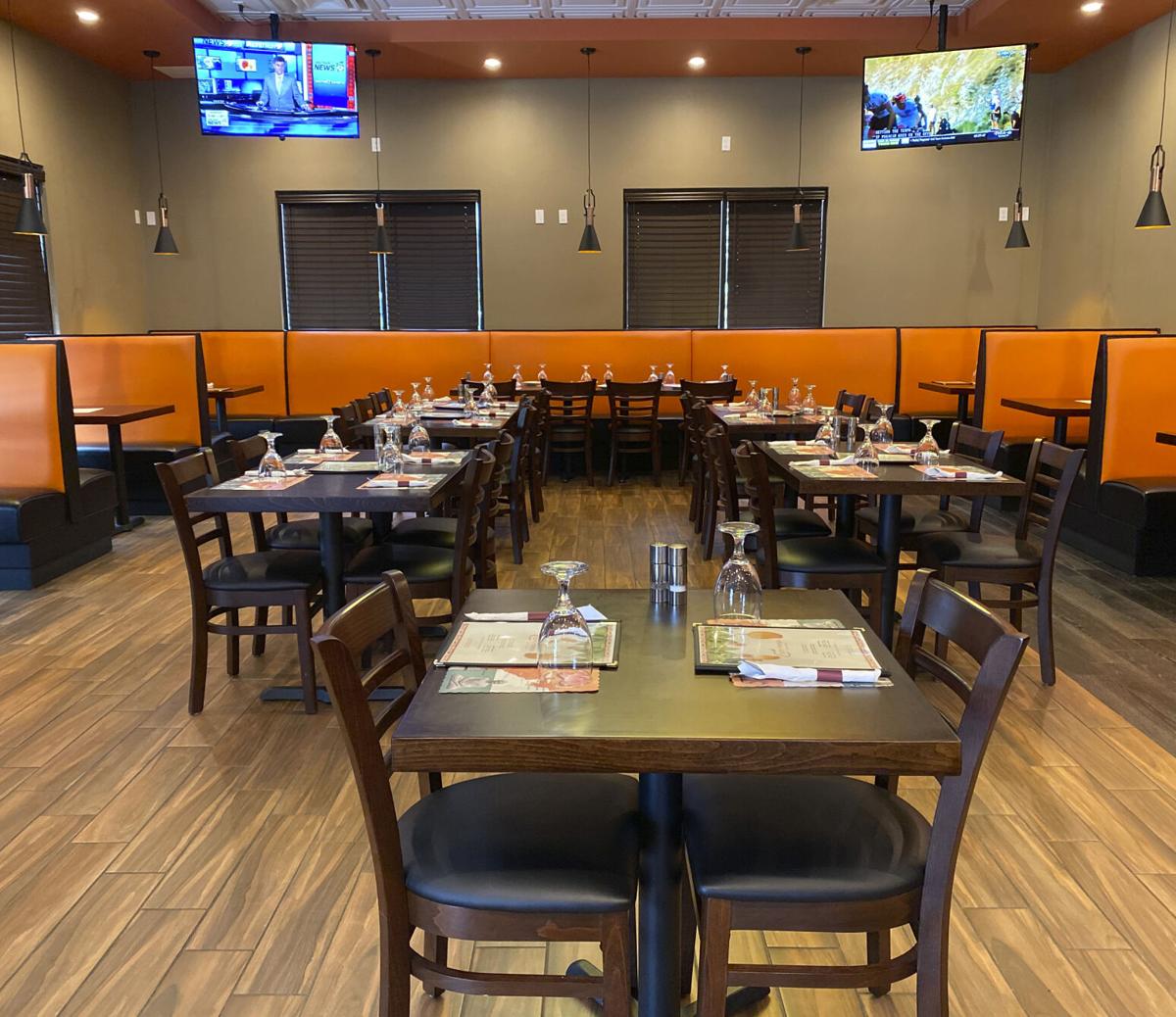 Have you eaten at Lakeland’s favorite new restaurant, Curry Mango? This South Lakeland spot offers traditional Indian fare alongside unique American and Indian fusions. You might say their food is like naan other in Polk County.

Curry Mango owner, Anthony Mankidiyan, started working towards a degree in Restaurant Management at the age of 17. Three years later, he moved from India to the United States to work in the restaurant industry. He opened small stores and offered catering, but always looked to start something more significant.  He worked with California-based partner Salim Mathew to get the Curry Mango concept off the ground with doors opening on December 21, 2019.

His passion for food came much earlier in life. Mankidiyan was influenced by his father, a former cook, catering for large events. He can remember being 12 years old, helping his father peel vegetables for large parties, and knew he wanted to be in the industry when he grew up. One thing he remembers making with his father is a traditional Indian dish called Dosa. The rice and lentil crepe is made with mashed potatoes inside along with lentil soup and coconut chutney. “You need to be very skilled to make that,” he said. His father, now 83, lives with Mankidiyan, who is married with three children of his own. Asked how his dad felt about his son following in his culinary footsteps, Mankidiyan said, “He’s proud of me, he’s very proud.”

“I wanted to introduce Indian food to everyone in Lakeland,” said Mankidiyan. He also sought to brighten up the bore and gloom of many fine-dining establishments with more of an upscale, casual semi-sports bar feel. “I want to do something different – I don’t want to do the same things everybody does,” he said.

A unique way in which Mankidiyan is carving a restaurateur path in Lakeland is with his outstanding food. Merging American and Indian flavors, Curry Mango has offerings you can’t get anywhere else. Wing flavors, including tandoori, mango chutney, hot garlic, and tamarind, speak to Mankidiyan’s different ways of approaching cuisine. Do yourself a favor and try the tandoori wings. These generously sized wings are a bright orange, red – a visual hint to the excitement awaiting you.

Guests who aren’t quite as spice tolerant can choose milder flavors. “We customize mild food without losing any flavors. We don’t compromise on the authenticity of the flavor, but people can enjoy it,” he said. Mankidiyan said Curry Mango has customers who have worked their way up from mild food to indulging in dishes with more heat. Just as it takes a while to form a habit, he said, your taste buds also have to adjust to a different spice level.

The restaurant’s signature dish and namesake, Curry Mango Chicken Curry (which can also be prepared with lamb curry), is the perfect beginner dish for those who aren’t familiar with Indian cuisine. Describing it as light and sweet, Mankidiyan said, “It’s very flavorful. We make it out of fresh mango.” And flavorful it is. There is comforting warmth to the dish, brightened up by the sweetness of mango. Try it with their piping hot buttery garlic naan – it’ll be the best decision you’ll make all day. Many of their dishes, including their naan bread and lamb chops, are cooked in a traditional clay oven.

Fried versions of their Americanized Indian flavors are also available. The owner describes the Curry Mango Chicken Tenders as similar to KFC but with Indian spices. Mankidiyan knows his way around a tasty piece of fried chicken. He has two gas stations, out of which he serves fried chicken. Truck drivers who have eaten around the country would tell Mankidiyan that his chicken was the best they’d ever eaten, and some people even asked him to open it as a fried chicken franchise. Now Lakelanders can get those same inspired flavors and then some at Curry Mango.

A version of this cultural cuisine blend is the Curry Mango Fried Shrimp. They have the distinctive crunch of American fried shrimp married to the toothsome flavors of India.

Wash down your butter chicken, vindaloo, or chicken tikka masala with a special drink or cocktail from the bar. They offer traditional Indian drinks like the nonalcoholic Indian Iced Tea or Mango Lassi made from fresh mango pulp, yogurt, and sugar. Curry Mango’s signature cocktail is an ode to the dreamy skies of the Swan City. Called the Lakeland Sunset, the cocktail is a delicious mix of vodka, triple sec, grenadine, and sour mix.

The quarantine was a challenge for Curry Mango only a few months into business. Lakeland so loved their food that they continued to show up and support the new restaurant. “I have to thank the community,” he said. “They have helped us with this pandemic.” In all that time, he didn’t have to close the restaurant or lay off a single employee. “I was paying them, all four months,” he said. “I let nobody go.”

“I appreciate that the community here, the Lakeland community, has helped us,” said Mankidiyan.

*Curry Mango was voted the BestOf LKLD 2020 Winner for Best New Restaurant by our readers.  Congratulations to them!