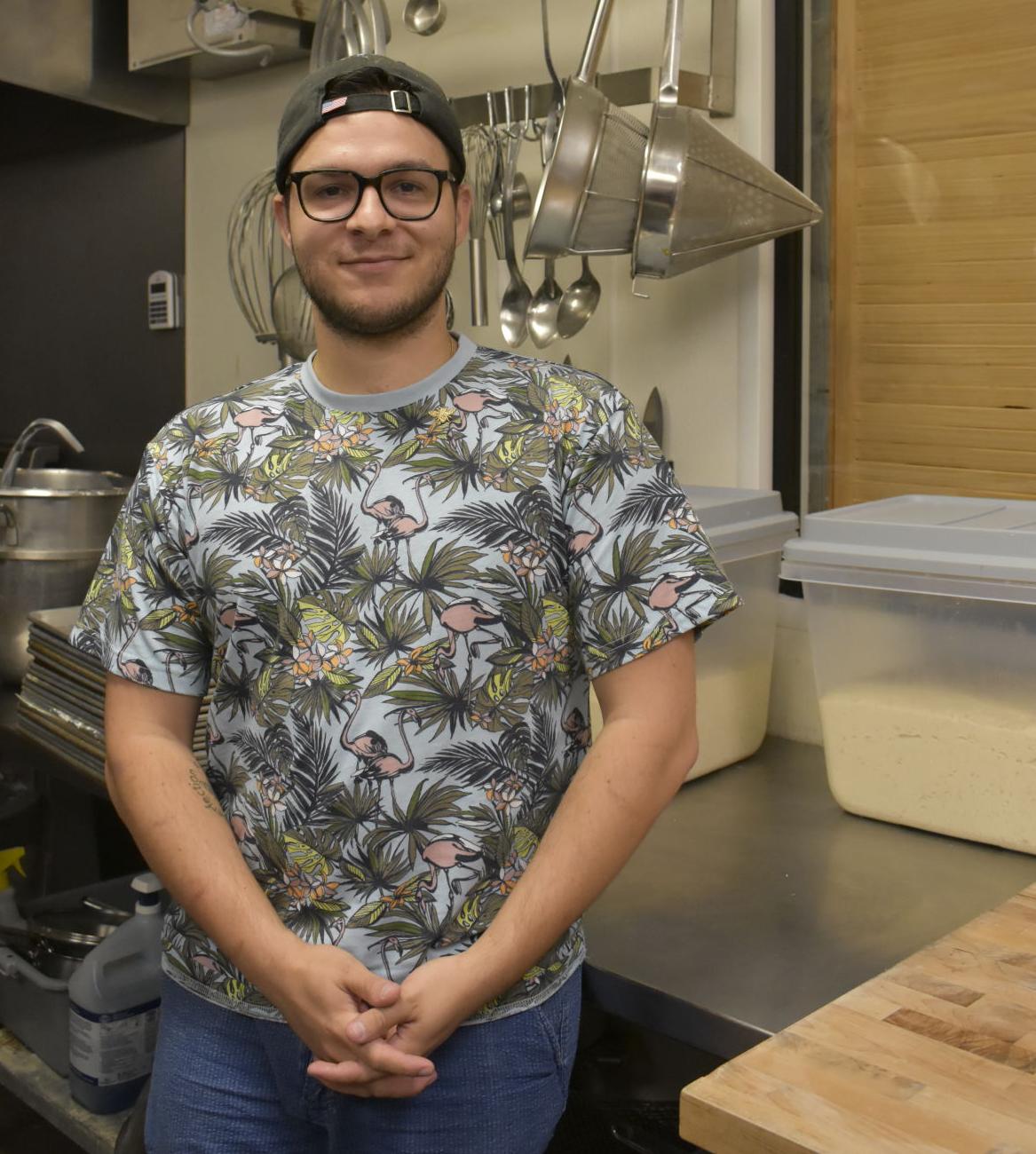 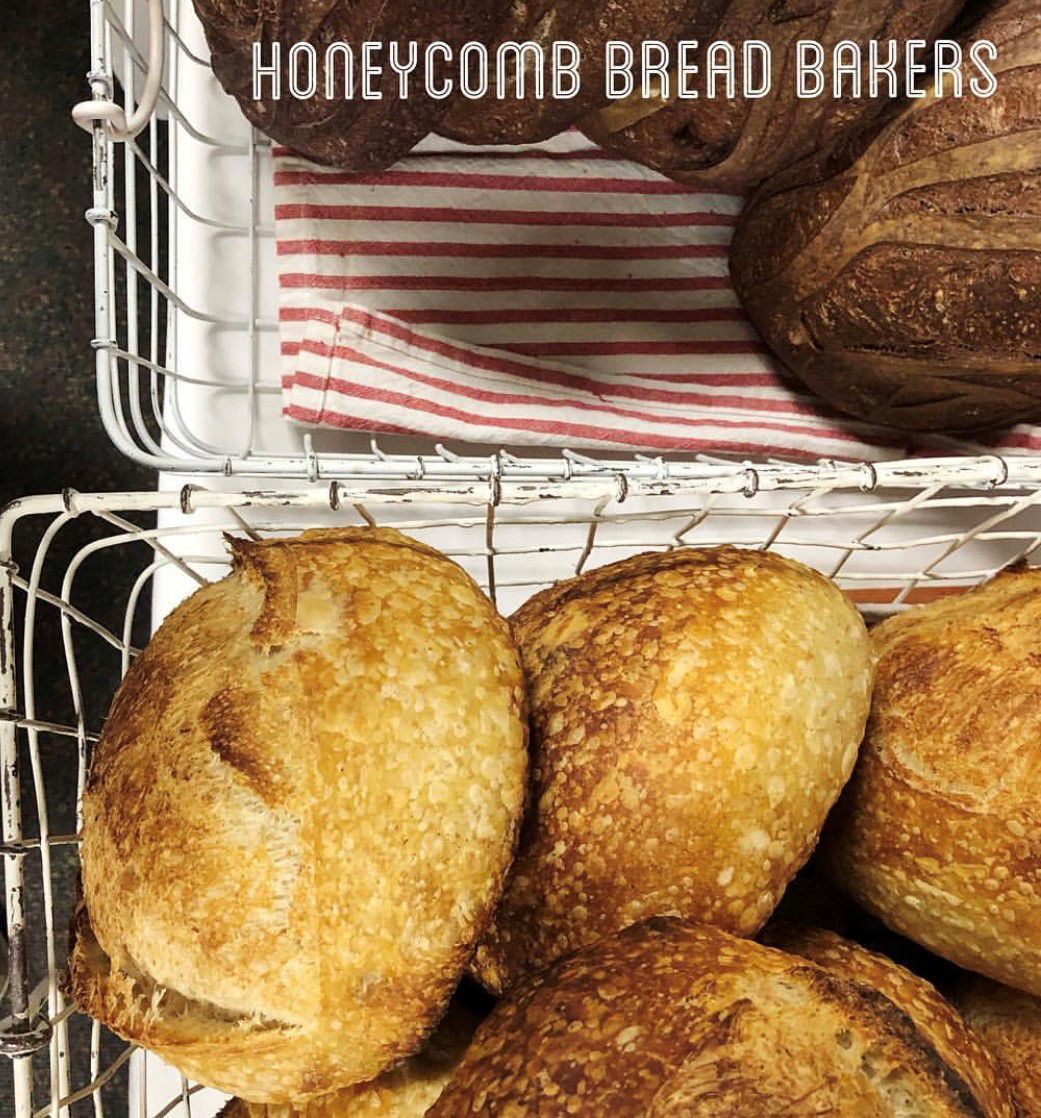 Lakeland’s Benjamin Vickers thought he’d go to college for English Lit and become a “bookish academic” type. His hobby for home baking for his friends and family slowly took center stage. He called his parents one day and said, “I’m going to New York for culinary school, guys.”

He was accepted into the Culinary Institute of America in upstate New York for a slot opening three weeks later. “It was a whirlwind starting out, but I haven’t looked back since,” said Vickers. Benjamin did his externship at Manhattan bakery, Dominique Ansel. He was even part of the team that brought into being the popular croissant, donut hybrid – the cronut.

After graduation, he was invited to work at a high-end catering service in Ithaca, New York. The business catered many of the galas and banquets for nearby Cornell University. The company didn’t have a pastry or dessert program at the time Vickers joined them. Fresh out of culinary school he stepped up to help them build one from the ground up.

He catered many weddings and banquets at first. With an understanding that dessert and cake were the most in-demand pastry jobs, he knew he wanted to be a bread baker. He said, “The rest of my journey was kind of carving out that career.” He thought, “How can I make bread relevant and monetize it so that it’s worth something to somebody?”

The next stop in his bread baking journey lay in the foothills of the Great Smoky Mountains at world-renowned Blackberry Farm in Maryville, TN. There, he was able to foray from desserts into bread. Benjamin remembered fondly, “We would bake bread all night and then we had these little golf carts and would  go down these twisting paths through the farmlands to deliver to all the houses and restaurants. You’d see the sun rising over the mountains and all the sheep as you’re driving your little bread cart.”

Down to visit his parents and attend his brother-in-law’s birthday party – Vickers got his next pastry gig by happenstance while out to dinner at Nineteen61. Chef Marcos needed a pastry chef, and there was Vickers. He became the pastry chef for Chef Marcos and worked about 2 and a half years. He started his cottage food business making bread, Honeycomb in February of 2018, though Honeycomb’s official birthday is October of that year. He joined Catapult and began selling at the Lakeland Downtown Farmers Curb Market a month later.

The baker is glad to be back home. He’s seen Lakeland transform since his high school years into something special. He said, “There are so many interesting people that are really pushing, ‘how can we improve our town and how can reinvest in our city?’” He also couldn’t fathom living away from his parents who he loves dearly. He lives 10 minutes away from them. If he’s struggling with something he knows that he can say, “Mom, let’s go watch Jeopardy together,” he smiled. “I could talk forever and ever about my parents,” he said. “Their philosophy of parenting is ‘You stand on my shoulders so that you can reach higher than I can reach.’” No doubt that’s part of the reason for Vickers’ soaring baking career.

That also means he’s only ten minutes away from his sweet Millie, a 15-year-old Border Collie/ Spaniel mix. She might be the most popular member of Team Honeycomb according to Benjamin. In his weekly newsletter detailing his farmers market menu, he includes staff picks – things that are interesting to them that week. Millie always gets a staff pick right along with them.

“Our first day was one loaf of bread to Concord,” he remembers. Word spread, and Vickers began to realize just how much of a need there was for quality bread from an honest source.

“That’s one of the things that I’m trying to cultivate – a brand on one hand that is really accessible because bread should humble, it shouldn’t be too expensive or unattainable. It should be easy to find and delicious and nutritious and fill your belly,” said Vickers. Bread should also come from a brand you trust and believe in. “When people see the little gold bee, it should have a resonance or a meaning.”

Even before he truly knew he wanted to be a baker, as a kid Benjamin Vickers envisioned a bakery called Honeycomb. “I’ve always had this kind of affinity with bees as a symbology, […] they kind of represent a place where the natural, wild world meets the more rigorous and architectural world which as an aesthetic, I’ve always really liked,” he said.

“With our bread, for example, I love the kind of wild and rustic – it is what it is, but also, we do a lot to make it have a beautiful ear and a nice golden crust and it’s a certain shape and everything is precisely measured. When those two things meet, I think that’s a nice sense of beauty,” he said. “Also, Honeycomb in bakery parlance, when you slice a loaf of bread and you see that kind of whirl pattern of air bubbles – bakers call that the honeycomb. Whenever it’s properly fermented it should be a nice open honeycomb.”

It was important to Vickers to pay homage to the tradition of bread baking. The version of bread that Honeycomb produces is only slightly modernized from the ancient Greeks according to Benjamin. “What I love about us being one tiny piece of that long timeline is that it’s not necessarily about reinventing the wheel,” he said. He isn’t looking for a gimmick, he simply wants to do his part to make the simple staples incrementally better over time – a blip in bread’s evolution.

Honeycomb’s most popular items are their Country Sourdough, followed by their Wild Maine Blueberry Muffin. Among the many things that make his muffins stand out are the small Maine wild blueberries he uses. He said they grow wild in bushes on the sides of the road there. They are notably smaller than Florida’s plump blueberries that tend to hold more water. These berries offer a sweet, tart, “punch of flavor” says the baker. “We have to bend over backwards to get these berries, but it is so worth it.”

All of Lakeland is a-buzz about Honeycomb’s partnership with Jenna O’Brien, owner of Twenty Seven Creative. Vickers and O’Brien though with vastly different ventures seem to have found the perfect retail marriage. The two businesses will share a brick and mortar space at 213 E. Bay Street in Lakeland on the corner of Kentucky and Bay. A former stain glass window shop according to Vickers, the window elements are stunning, complemented by historic exposed brick wall. A beautiful second-floor mezzanine overlooking the downstairs will feature bistro seating for guests to enjoy a pick-me-up. With renovations underway, Vickers and O’Brien also plan for a garden/ patio area outside in the ally.

Though not set in stone, the two hope to stagger their openings in August.

O’Brien says she has always dreamt of a brick and mortar store. “I think there is such great value in meeting customers face to face. It’s wild that it’s happening. I thought it would be years down the road - but instead, it’s happening now!” She’s most excited to be there every day. “I am thrilled to be a full-time art spot, meet my customers, and take care of the store every day!”

Vickers said he and O’Brien came to the same career crossroads at the same time. “It was this kind of nice, serendipitous thing,” he said.

O’Brien remarked, “Benjamin said “yes” to me when we didn’t know each other very well, didn’t have much of a plan, and weren’t even sure we could get the space. He’s a big dreamer and I am too. When I took him to see the building, I watched the same hope appear in his eyes that I felt too. Now we’ve developed a friendship and I’m so excited to be working with him on the daily. We think my paper goods and his spectacular menu were just a perfect match for Lakeland.”

With the opening of the downtown storefront, Honeycomb will simultaneously be opening a second location purely dedicated to wholesale production. A side of the business that is spreading like wildfire, with clients from Concord, Hillcrest, Red Door, Cob & Pen, to Nutwood, and Mr. Fish, Benjamin needs to space to serve everyone in demand of his delicious goods. Though he will be a busy bee running two locations, Vickers plans to continue selling at the farmers market saying, “Every one of our guests I have this sense of duty towards them I guess. They really rely on us to provide them their weekly bread. I don’t want to let them down.”

To start, Honeycomb will offer hot and cold coffees and teas including a full-service option for both. Vickers says he is leaning more into the tea. His mother’s family is from England and across Europe, so he’s selecting tea brands that he grew up with like Harney & Sons and Twinings.

Also on the menu are all of his usual suspects and a substantial breakfast offering including the likes of quiche and gluten-free granola with Greek yogurt, local honey, and fresh fruit. Vickers plans to ease this largely continent breakfast menu into more brunch and lunch options later.

On the horizon, upon growing with this space, Vickers one day envisions a larger wholesale bakery and eventually a standalone flagship store serving European style bistro cuisine utilizing his breads.

Above all, Benjamin said, “My dream is to serve people, and fill their bellies, and make good bread.”

An Intersection of Mind and Body

In 1974, Jimmy Minadakis converted a former farmhouse turned bingo hall into what would be h…