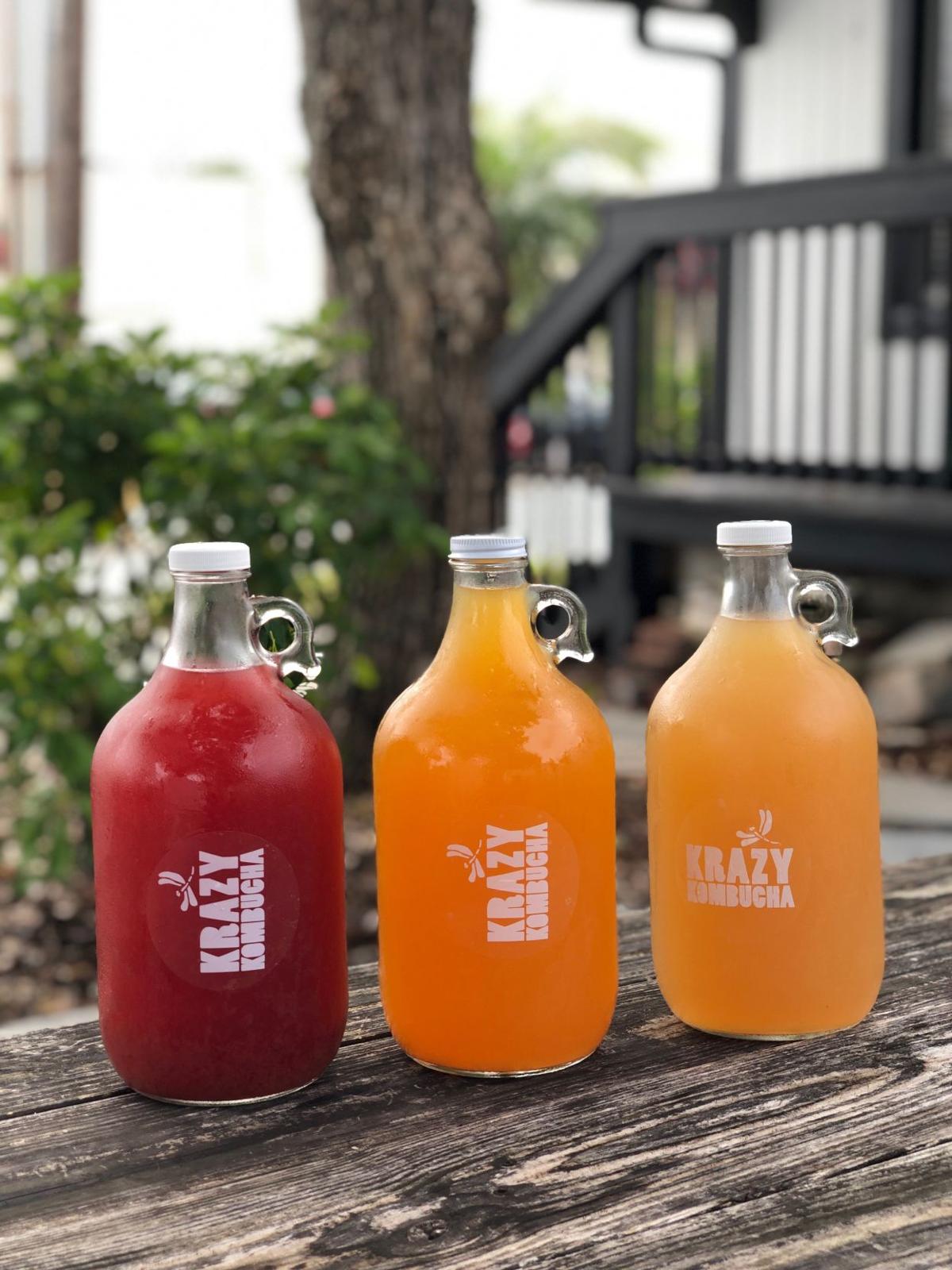 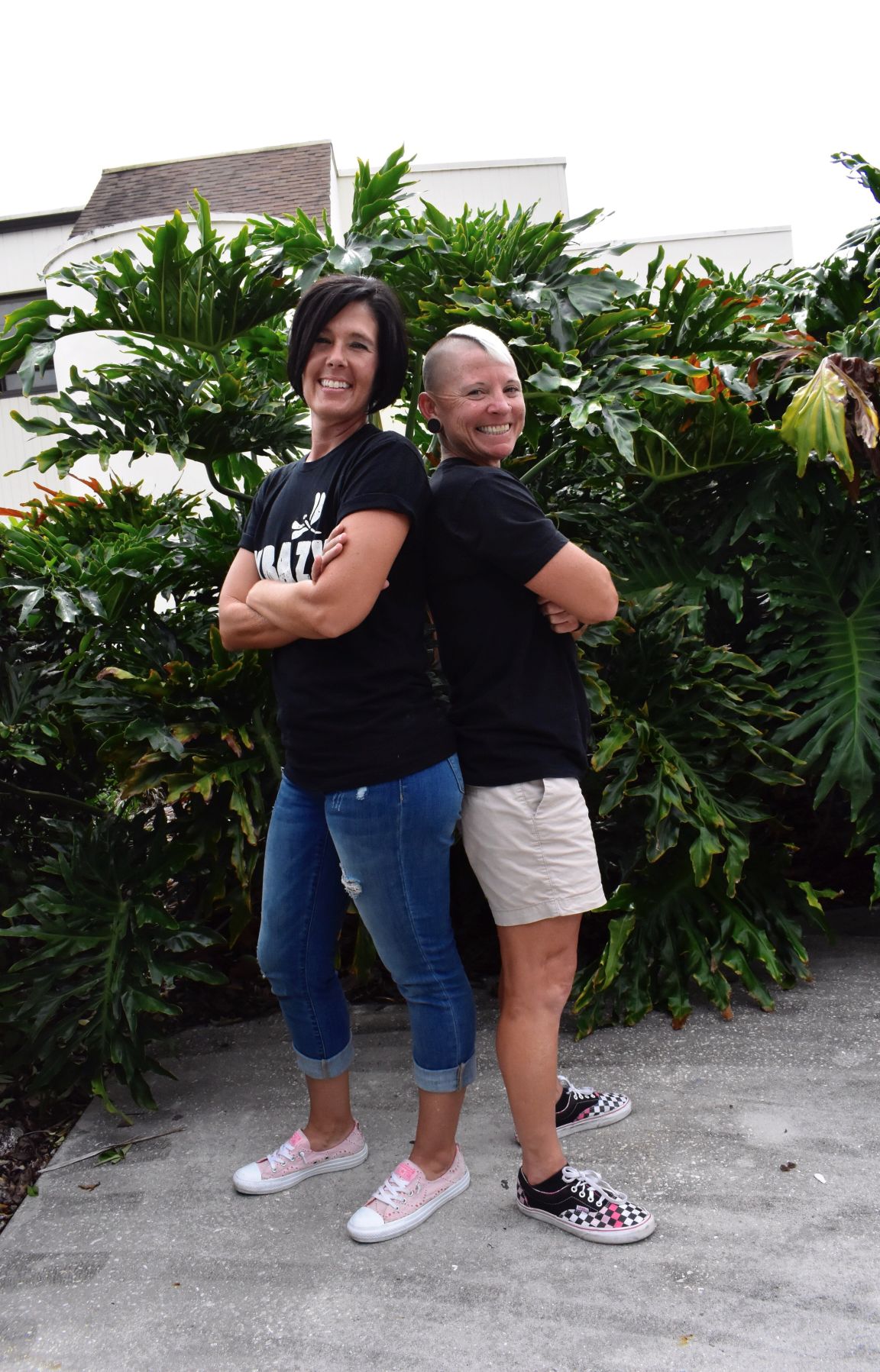 It’s alive!!! But, in a good way. For Krazy Kombucha owner, Wendy Johnson, producing this fermented beverage for the community she loves is a way of life. Her family goes back 100 years in Lakeland – Wendy is the third generation here. She and her husband have three sons, two of whom are in the Marine Corps and her third still in high school.

A nurse of over 20 years, Johnson’s first job was on the Digestive Floor of Lakeland Regional Medical Center. Looking for alternative options to some of the digestive issues she had seen and experienced in her own family, Johnson became certified in holistic medicine.

“I saw the debilitating diseases in the hospital and I know twenty-something years later younger and younger kids are in there with chronic problems with digestion,” she said.

She knew about kombucha through her holistic background and met a chiropractor who was making it locally. “The ginger kombucha is what helped my stomach so much, and I got her on it because she’s my best friend,” she said pointing to her BFF and Krazy Kombucha team member, AJ Jackson.  Wendy and AJ met through a fitness class that AJ teaches. They started running together, but both dealt with stomach issues. When they came upon kombucha, they were addicted to its benefits.

The chiropractor moved to Tampa and the business was no longer. Wanting the kombucha operation to continue not only for herself but for Lakeland, Johnson bought the company and the equipment to carry on Krazy Kombucha. AJ works for the City of Lakeland full-time and assists Wendy with the business during her off time. Wendy’s youngest son, Justin also helps his mom, opting to lend a hand with the heavy lifting. June 9 marked a year selling at the Lakeland Downtown Farmers Curb Market.

Wendy said as a nurse with no background in running a business, she needed a little help. She joined Catapult which allowed her to propel her business forward. In February the team spread their wings and branched out to a workspace of their own in Dixieland.

“Kombucha is a fermented tea, it also contains a live probiotic culture in it. Each drink that you take in contains a live culture,” explained Wendy. “The live culture grows the good bacteria in the gut biome.”  Issues with digestion, belly aches, bloating, acid reflux and the like, Wendy says are usually caused by an imbalance of the gut microbiome.

“The gut biome is made up of many bacteria – good and bad. Sugar tends to feed the bad bacteria and you get an overgrowth of the bad bacteria. With kombucha, when you drink it on a regular basis, you’re able to put in the good culture which is going to help combat the bad guys, so they don’t overgrow,” she said. “When you tip the scales into the good bacteria – the acid reflux, the bloating, the gas and things like that – get better.”

It’s all about the SCOBY, Baby

It all starts with a “momma” SCOBY (symbiotic colony of bacteria and yeast) in a large glass contained tank. Wendy described the SCOBY’s like the “momma” that will eventually grow “babies.”

Proud of their SCOBY children, AJ joked, “We grin as soon as we walk in and see them.”

“We’re so proud of them,” Wendy added.

The full process of making kombucha takes about three weeks. Wendy starts by boiling a blend of organic teas including green and white teas for added antioxidants. They add organic sugar and let it cool to around 80 degrees.  Using a process called a “continuous brew” in their tanks, there is always about 2-3 gallons of starter liquid tea in the bottom for the next batch.  They add the cooled tea and sugar into the starter liquid and add water to a certain level. Fermentation will take about a week at a steady temperature between 75 and 76 degrees. All the while they are testing it for alcohol and pH levels. Their kombucha is considered non-alcoholic containing below 0.5% alcohol and they keep the pH to approximately 3.3.

After the week of fermentation, it goes into the keg for the second fermentation with whatever fruit will be flavoring it – taking about 24-hours. No more sugar is added other than the fructose from the fruit. The team concocts seasonal flavors like strawberry, blackberry basil, and pineapple with their staple ginger continuing to lead sales.

Refrigeration slows fermentation down, where it will sit for a week and a half to two weeks. Now, the finished product is ready for distribution!

They currently make their kombucha in three tanks, with each tank producing one barrel or roughly 30 gallons. The space they are in now offers room for expansion. They are in the process of building three new tanks to double their brew.

Where to Find Them

Krazy Kombucha’s bread and butter is the downtown farmer’s market. That’s where you’ll find them every Saturday from 8 am to 2 pm during regular hours, and 8 am to 1 pm in the summer. The market closes for a month in August.

You can enjoy an ice-cold glass on its own or mix it with your favorite beer at Swan Brewing. Mango and berry flavors are usually on tap there which Wendy recommends with Swan’s Mango Mia or their Blonde Ale.

The Lakeland CBD Wellness store on Kentucky Avenue has a kegerator where kombucha lovers can fill their growler or another container. Molly McHugh’s Irish Pub has picked up a few of their half gallons. “They’re really liking our ginger to put in with their Moscow Mules,” said Wendy.

In fact, Wendy and AJ say their kombucha is the perfect additive or substitution in your favorite cocktail recipe (they are all good with rum). Instead of reaching for a sugary mixer next time, try using kombucha!  The east side of the county will get a chance to sample the good stuff in the soon-opening Smoothie Squad in Winter Haven.

Health and wellness are passions for both Wendy and AJ. As athletes, they’ve had their own issues with indigestion from overtraining to stress. The pair want to provide a healthy remedy to these issues to the greater community as well as the fitness comrades. From an athletic standpoint, Wendy said, “When you grow the good gut bacteria, it boosts your immune system, you’re boosting energy so it’s going to give you that power you need to perform.”  She considers drinking kombucha a lifestyle choice, saying that it’s not a medicine you have to take, but rather something real that you can feel good about drinking regularly. It is alive after all and as Wendy said, “Living food is healing.”

“It’s bigger than us,” said Wendy, “We’re trying to bring this into the community that we love because we know that each drop in somebody’s stomach can definitely benefit them.”

The Future of Food or A Fad? French Fashion-Food coming to Polk