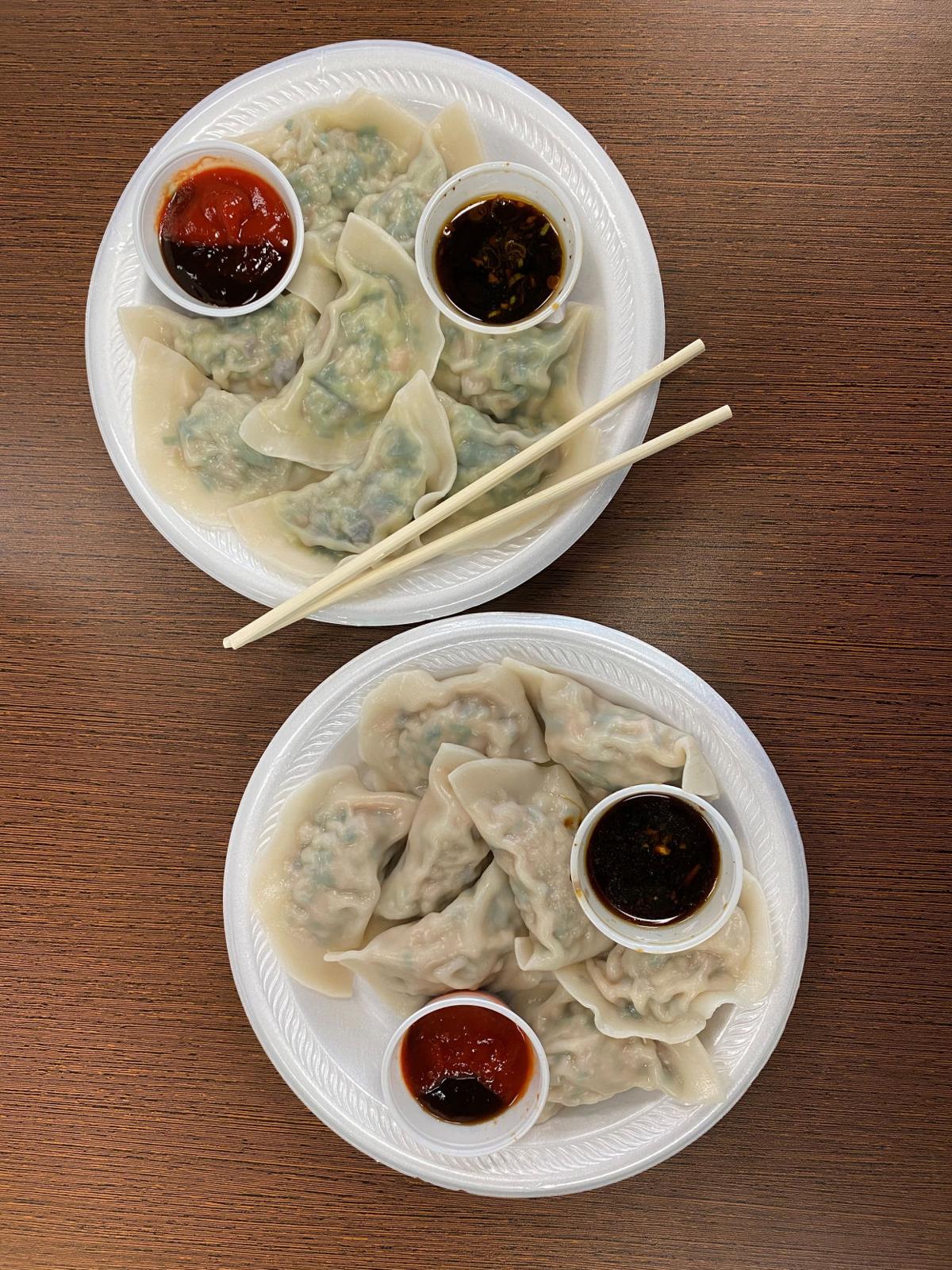 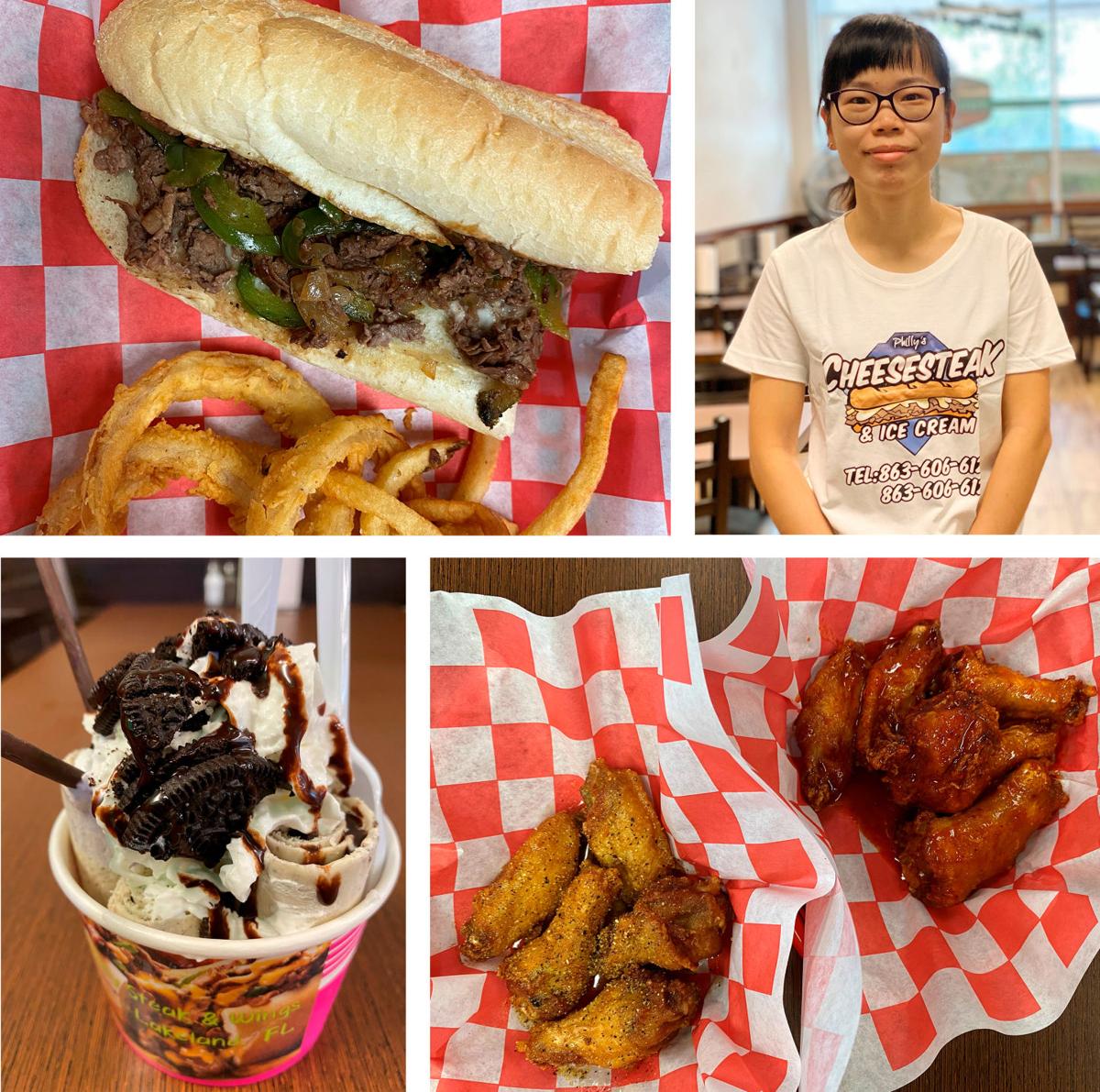 A trendy hole-in-the-wall bistro, an upscale dining establishment, your favorite taco truck – these are a few of the places you might expect to get an exceptional bite to eat. But – in a strip mall? In the Barclay Place Shopping Center off Highway 98 in North Lakeland sits an average-looking eatery. A fast-casual restaurant with a modest facade and simple dining space, guests walk past a bubble gumball coaster and a row of quarter toy machines to order some of Lakeland’s finest under-the-radar fare including an unintended guest favorite.

Shuiqing Cindy Liu came from China to America as a child. She lived in New York before moving to New Orleans where she and her husband bought a restaurant from a Philadelphia native serving authentic Philly cheesesteaks and Po Boy sandwiches. Cindy and her family lived there for about ten years before moving to Florida.

“Sometimes you just want a change of pace,” she said. They sold the restaurant and moved here a year and a half ago and opened their North Lakeland restaurant, Philly Steak & Wings in October of 2018. “I like Lakeland,” she said. “I feel they don’t have something like this store here.”

The restaurant offers up Philly-style cheesesteaks and wings along with other handhelds like Poboys, burgers, and Gyros. Their namesake, like everything else they offer, is noteworthy. The generously sized Philly cheesesteak has cheese melted over Amoroso bread hugging freshly sliced ribeye. Their wings are nothing to balk at either. Popular flavors include tangy Lemon Pepper and Honey Hot wings, dripping with Nashville-esque spice. You’ll get messy eating them – but it’s one hundred percent worth it.

Cindy takes the quality of their food seriously – freshness is not a standard she is willing to compromise. The ribeye is sliced fresh, not frozen, for their sandwiches and potatoes are punched and fried daily for French fries. Onion rings are hand-cut, fried crispy and served with a tangy secret sauce.

A unique feature at Philly Steak & Wings is their Thai ice cream. Cindy saw the ice cream being made during a trip to Thailand. “You can see people paint the ice cream on the machine close to the street,” she said. Her homemade ice cream base is poured onto a flat, extremely cold surface where it begins to solidify. You can add different fruits and treats to be mixed into the dessert as well. Cindy artfully paints the ice cream onto the surface and rolls it into neat swirls. “You can watch how we make it from the beginning to the end,” she said. We had the Oreo’s Secret which was mixed with an Oreo, topped with more crumbled cookies, whipped cream, chocolate sauce, and a chocolate Pocky. ‘Just one more bite’ quickly turned to a nearly empty ice cream cup.

Cindy started with a cashier, front-of-house role at the restaurant. She asked her husband to teach her how to run things in the back. “I can do everything here – the front, the grill, the fry pot,” she said. She especially loves to cook for her three children (and they love it too). One meal she would often keep on hand for them has brought in a new wave of business over the last several months and gained the restaurant a sort of cult following with area foodies.

Cindy learned to cook from her mother. “My mom liked making food for me when I was a little kid. She always taught me – you have to cook for the kids. I love the food she cooked for me,” she said. “When I have time I always cook and I try to make different food for the kids.”

“The dumplings began with the Lakeland Food Group,” said Cindy. She explained that someone from the Facebook group came into the restaurant. The two struck up a conversation about traditional Chinese cuisine. On the day he came in, Cindy had made dumplings for her kids. She asked if he wanted to try them. “He tried it and he felt like it was the best dumpling [he had ever put] in his mouth,” she said. “He posted about it on Facebook.”

Robyn Wilson saw the post and stopped in too. “She would sit at that last table,” said Cindy. As she does when the pace slows a bit, Cindy came out to chat with her customers. She and Wilson began conversing over food. “My little girl loves dumplings, so I always keep some in the cooler for her,” said Cindy. She went back to the kitchen and retrieved some for Wilson. She too posted about this hidden gem and messages and calls requesting her delectable dumplings inundated Philly Steak & Wings.

The first time she made them for the public, she prepared around 60 orders and ran out within half an hour. About five months into her dumpling days, she does it only a few times a month, making more than 200 orders each time, now offering them for two consecutive days.

Like the rest of the menu, Cindy’s dumplings are made with fresh ingredients like green onions, mushrooms, a refreshing hint of ginger, and bamboo shoot that Cindy’s mother mails to her from China. The flavor includes soy sauce, oyster sauce, and a few other components. She stopped listing ingredients and said with a laugh, “It’s secret!” She lets her loyal following know when dumpling days are by announcing them on Facebook.

On the day we came in, it was pork and shrimp dumplings on the menu. The dumpling itself was sturdy but tender. Its slight translucence revealed a few of the fresh ingredients within. We’ve all had dumplings with a grayish mass of mystery ingredients – Cindy’s dumplings are the antithesis of those. Fresh, bounding with flavor, steamy goodness.

The dumplings were served with two sauces – hoisin with sriracha and a second secret sauce that Cindy makes with a homemade hot oil working in harmonious tandem with other top-secret spices. It’s the kind of food that makes you want to hug the person who so generously prepared it.

“We opened one year ago, and I almost have no off days – I stay here every day. I want to make sure that every customer is satisfied with their food and their experience,” said the dedicated Philly Steak & Wings owner. Cindy expressed gratitude for her patrons, glowing reviews, and recommendations.

She plans to work hard to keep each guest satisfied and says she is open to any suggestions people may have. Eventually, they plan to expand and open another restaurant on the Southside to serve their customers across town.

As we were raving over the spread, Cindy came to check on us. The food and service left nothing lacking and we told her that. She smiled and said, “I enjoy making food for people who enjoy the food I make,” before heading back into the kitchen to fill the dumpling orders that were rolling in.