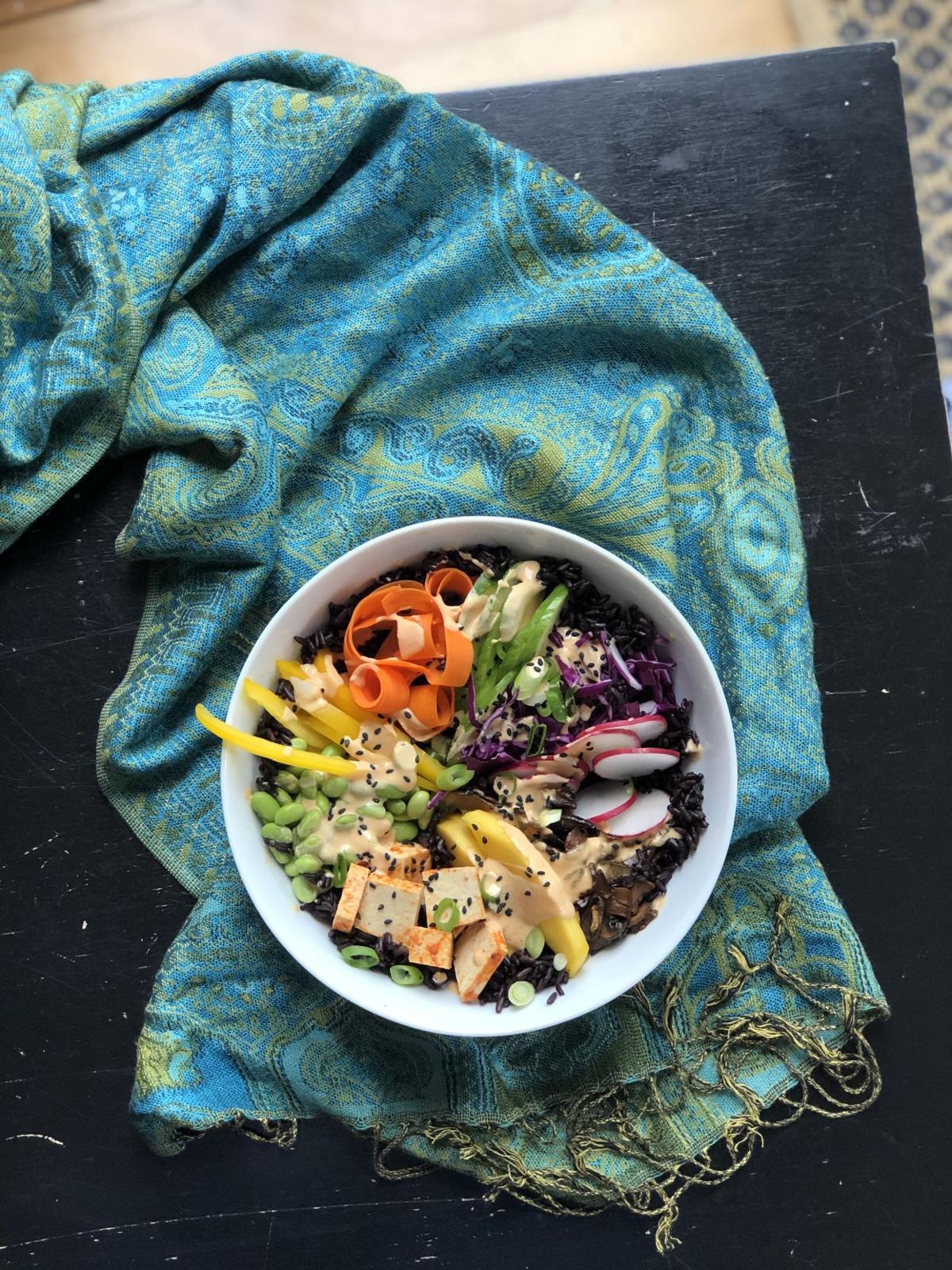 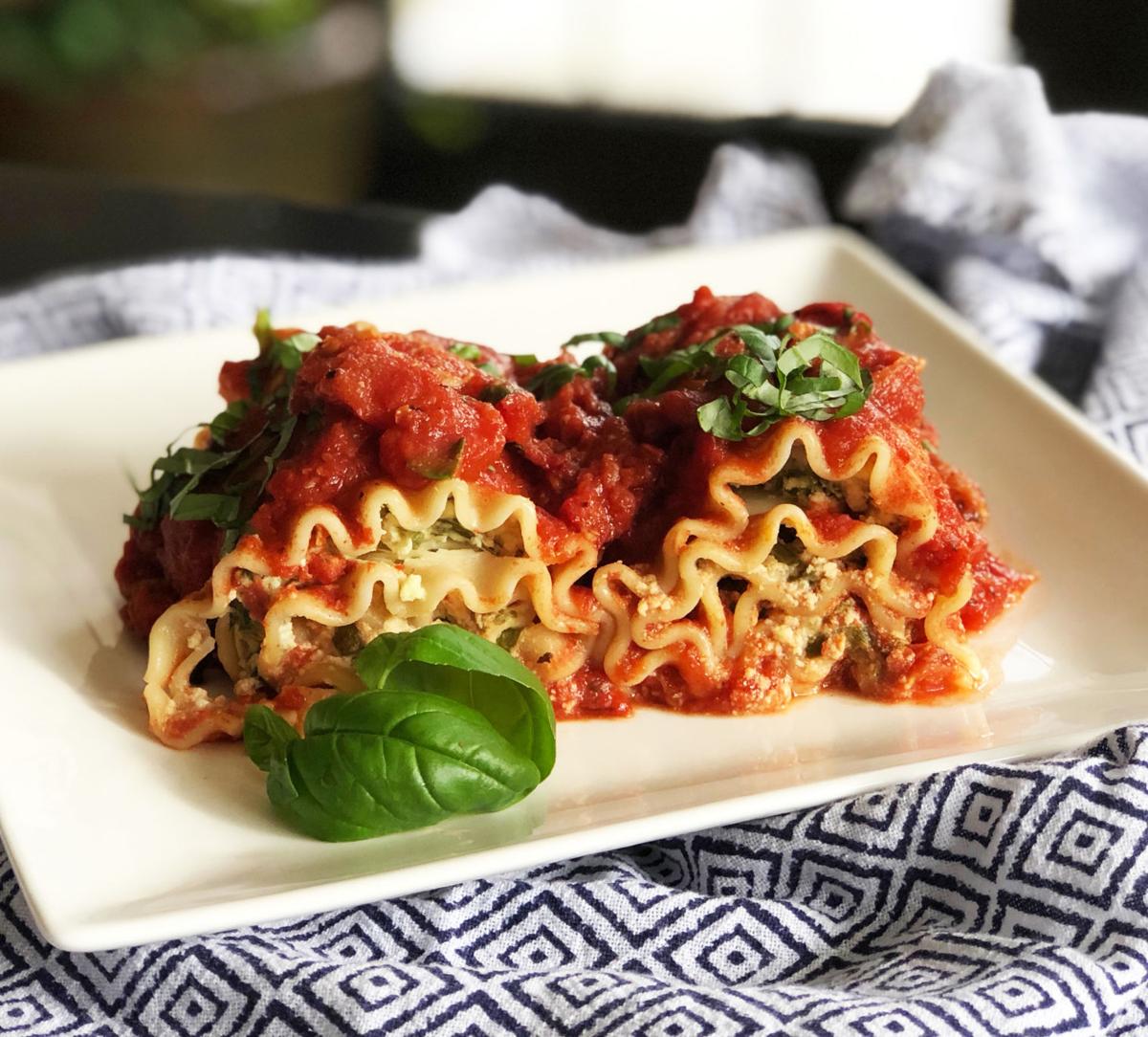 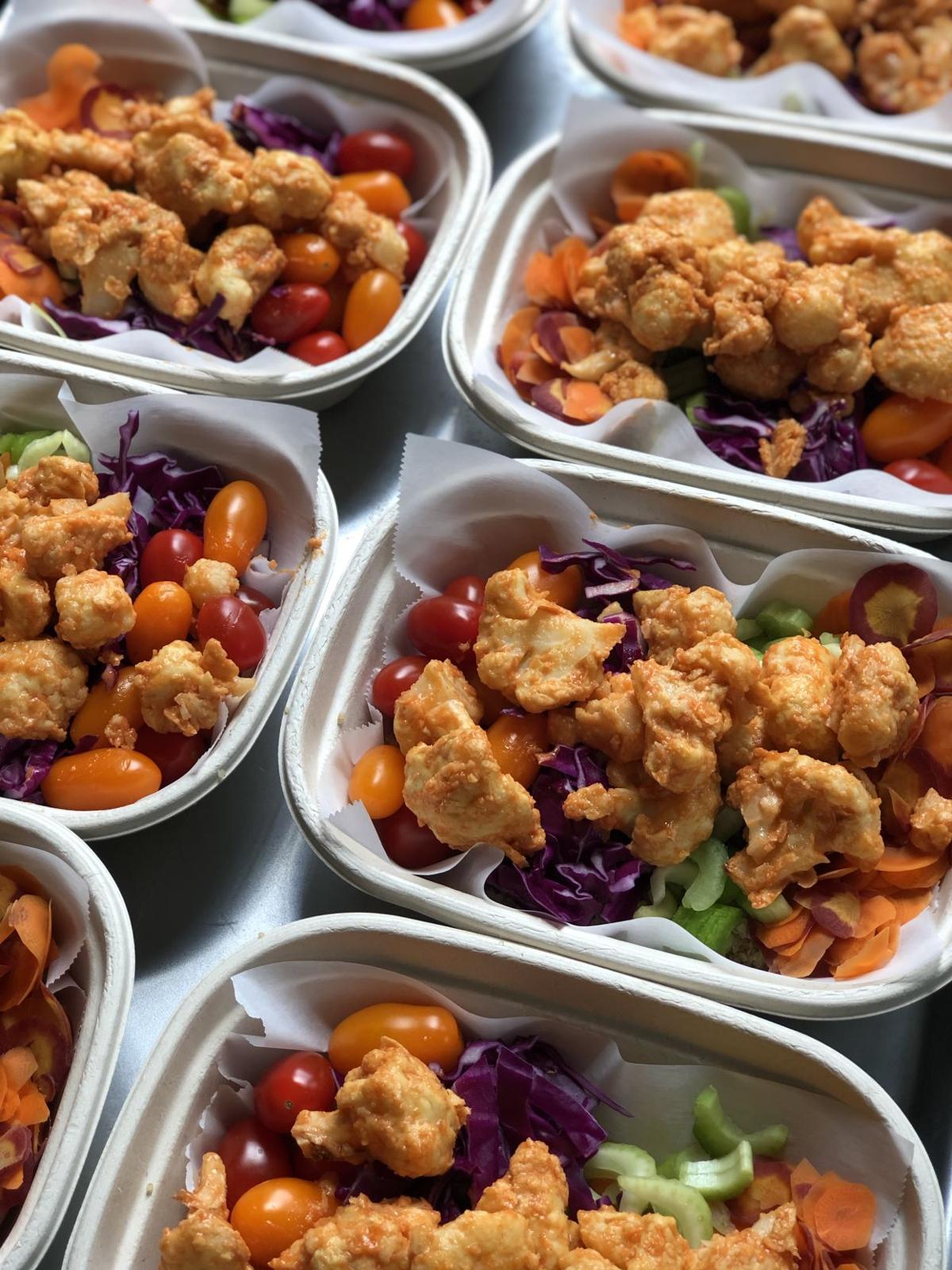 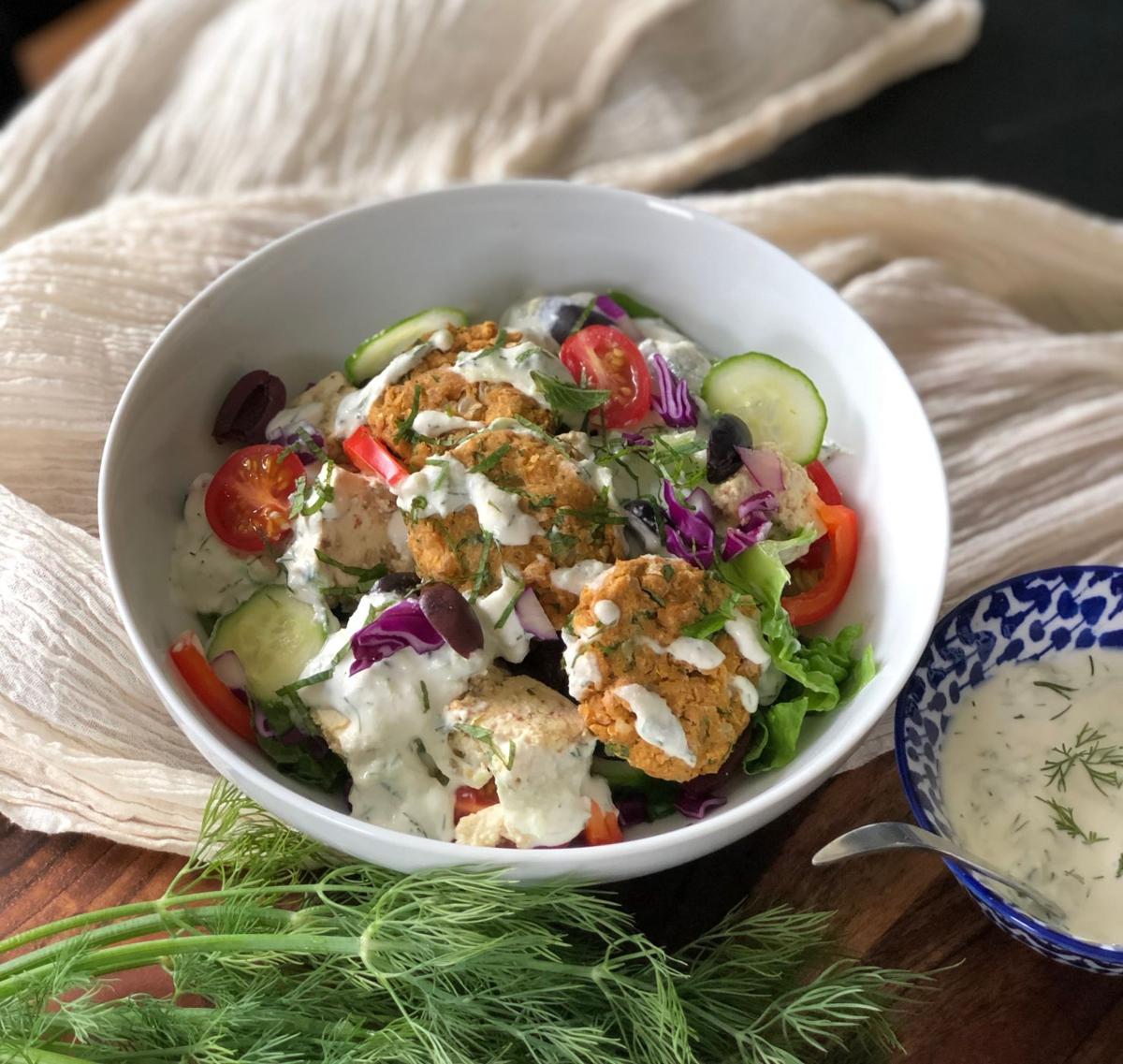 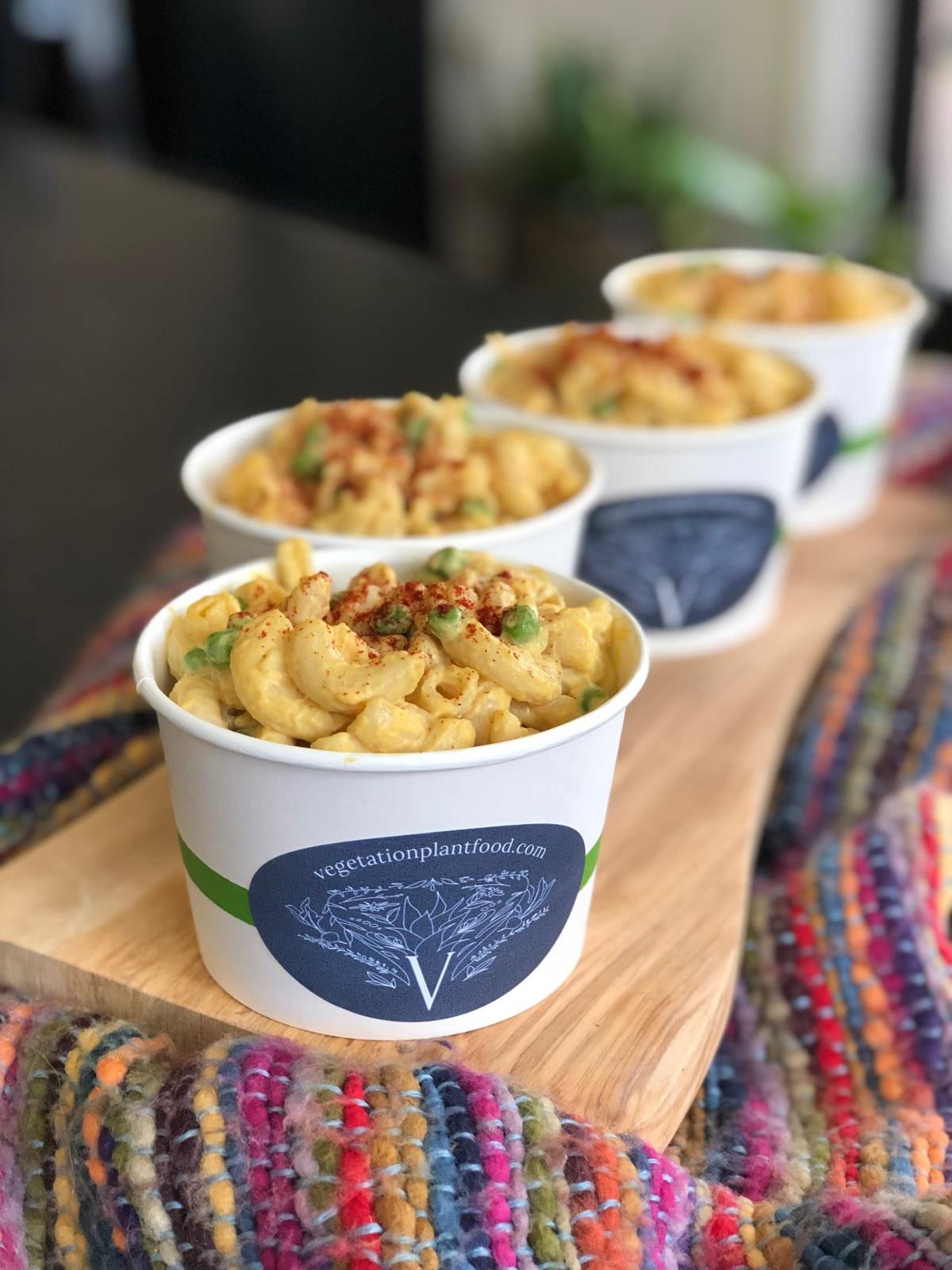 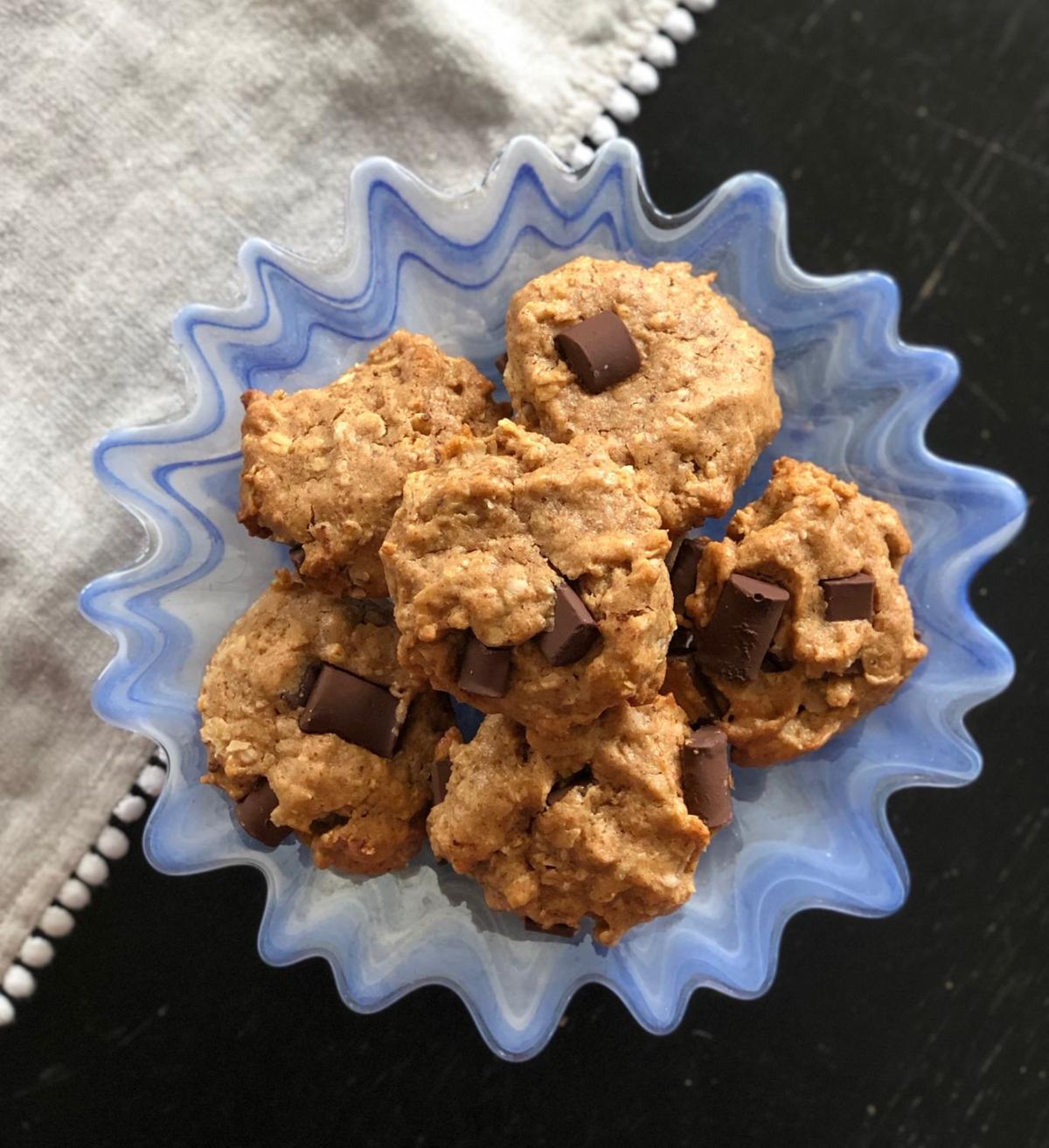 At the top of Vegetation Plant Food’s website, it reads, “Eat like you love yourself.” This sentiment is at the core of Rima Schillinger’s personal change to a whole food plant-based lifestyle and why she started a service to help others do the same. Last year, Schillinger started her whole food plant-based meal service, Vegetation Plant Food. Working out of the Catapult kitchen, the home cook turned entrepreneur has grown a following of even the most avid meat-eaters. The proof is in the pudding – or in this case, the tomato and ricotta galette.

Concerned with heart problems in her family’s medical history and prompted by her fiftieth birthday, the mother of four began searching out ways to “bypass this legacy I have of coronary heart disease.” Both parents have had coronary episodes, including high blood pressure, stents, and bypasses. She spoke with her husband, Dr. Matthew Schillinger, a physician at Lakeland Regional Medical Center about her concerns. Beyond exercise and eating well, there was not much that could be controlled.

Disheartened and still on the search for information, Rima would devour books, podcasts, and internet sources. “I collected all this information about coronary heart disease and how much of it is preventable. It opened my eyes to this gigantic wealth of information that we have,” she said. “Type II diabetes, heart disease, obesity, and all the different things that a plant-based diet can address and eliminate – they are all diseases of diet. For some reason, the message is not getting through to the public it seems.” She soaked in as much information about this way of eating as she could and even earned a Colin Campbell eCornell degree in Nutrition Studies.

For the love of her health and wellbeing, Rima felt it important to eliminate animal products from her diet. Once she switched to a vegan, whole food plant-based diet, she began to feel better in ways she hadn’t expected she would. “[I felt] clearer in my thinking, I was sleeping much better at night, my hair got thicker, my nails got thicker. I felt so much more energy,” she said.

The 2 pm ‘I need a nap’ slumps went away. No more did she need that afternoon cup of coffee to keep her going. And though health was the leading reason she chose to lean into a plant-based diet, Rima acknowledged “the ethical reasons for wanting to eat this way are absolutely there,” including concern with the meat industry’s effects on climate change, how animals are raised and how they are slaughtered in the process. “Now, I have a very different view of eating meat and using dairy products because I understand what happens to the animals as a result of the way that we’re using them.”

Rethinking How to Cook

“I started sneaking more and more vegetables into the kids’ diet and my husband’s diet and I would put the meat on the side,” said Schillinger. She became less interested in the meat and dairy and focused on making vegetables and whole foods the feature of family meals. Her husband switched to eating a plant-based diet eventually as well.

There was a transition period when learning to cook nourishing, delicious plant-based meals. “I wasn’t sure how to make meals that my family was going to want to eat because it wasn’t familiar,” she said. She started with vegan meat substitutes. “As I read more, I realized those aren’t whole foods. They’re vegan, they’re plant-based, but they aren’t really whole foods.”

“It was relearning and rethinking the way that I cook from the bottom up,” said Rima. She has always loved cooking, trying new recipes, and entertaining. From cooking with her grandma to helping her mom entertain guests, and making fun treats with her kids, the kitchen has always been a comfortable place for Rima.

“It was very organic for me because it was something that I love to do already,” she said. Rima learned how to make cheeses from whole foods and sauces that compliment vegetables. She began batch cooking with veggies, grains, and sauces for the whole week. Her husband would bring meals into work for his colleagues and she would cook for friends. Friends encouraged Rima to turn her nutritious meals into something beyond her kitchen at home.

This journey of a more whole way of eating led Rima to what she called a second life career. It’s been one year since Rima started her meal service company, Vegetation Plant Food. “The idea is to make meals that you can stock your fridge with, whether it’s taking them for lunch or having them for dinner,” she explained. “I feel it is so important to show people that you can eat plant-based foods and it’s really satisfying – it’s not eating twigs and berries. There are great tasting meals that are good and filling and you don’t feel like you’re dragged down after a meal.”

Every Thursday morning, an email detailing the week’s meals goes out to those subscribed to her newsletter. Her changing weekly menus generally feature a hearty salad of some kind, two entrees, and one soup, stew, chili, or mac and cheese, and a dessert. Even if you aren’t completely plant-based, Rima said, “It gives you an opportunity to eat that kind of food and incorporate it into your lifestyle.”

Customers can place an order between Thursday and midnight on Sunday. Rima shops on Monday, cooks on Tuesday, and the meals are ready on Tuesday afternoon for pickup or delivery in Lakeland. Vegetation Plant Food meals feature organic produce and ingredients as often as possible and all of the meals are free of animal products (including dairy), gluten, and added oils.

The community has been receptive to the Vegetation concept. People who Rima least expected would venture into vegan meals have told her how much better they feel after ditching wings and subs for a whole food plant-based lunch.

“It’s encouraging to me because I see that people feel better and they want to eat this way,” she said. “It makes me feel great about being able to provide that for them.”

Vegetation Plant Food is currently operating out of the Catapult kitchen. “Catapult has been an incredible resource for me,” said Rima. “Their kitchen has been great, their resources are amazing, the people who are there are so supportive of my business and all the other businesses there. It’s been amazing.”

Getting the Word Out

The Vegetation Plant Food founder eventually plans to have a kitchen of her own and would like to produce meals that could be stocked for pickup in coffee houses, breweries, shops, workout spaces, and other businesses that would like to offer these meals as an option to their customers.