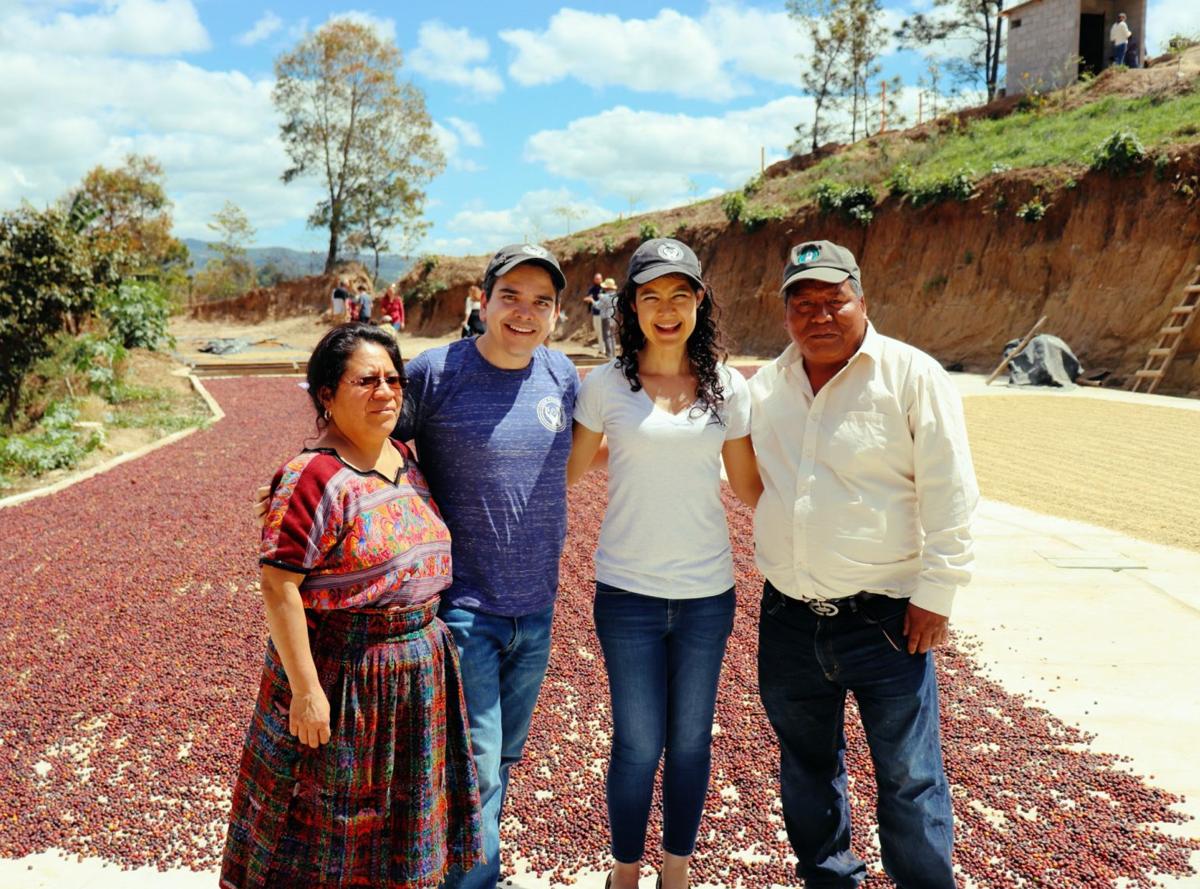 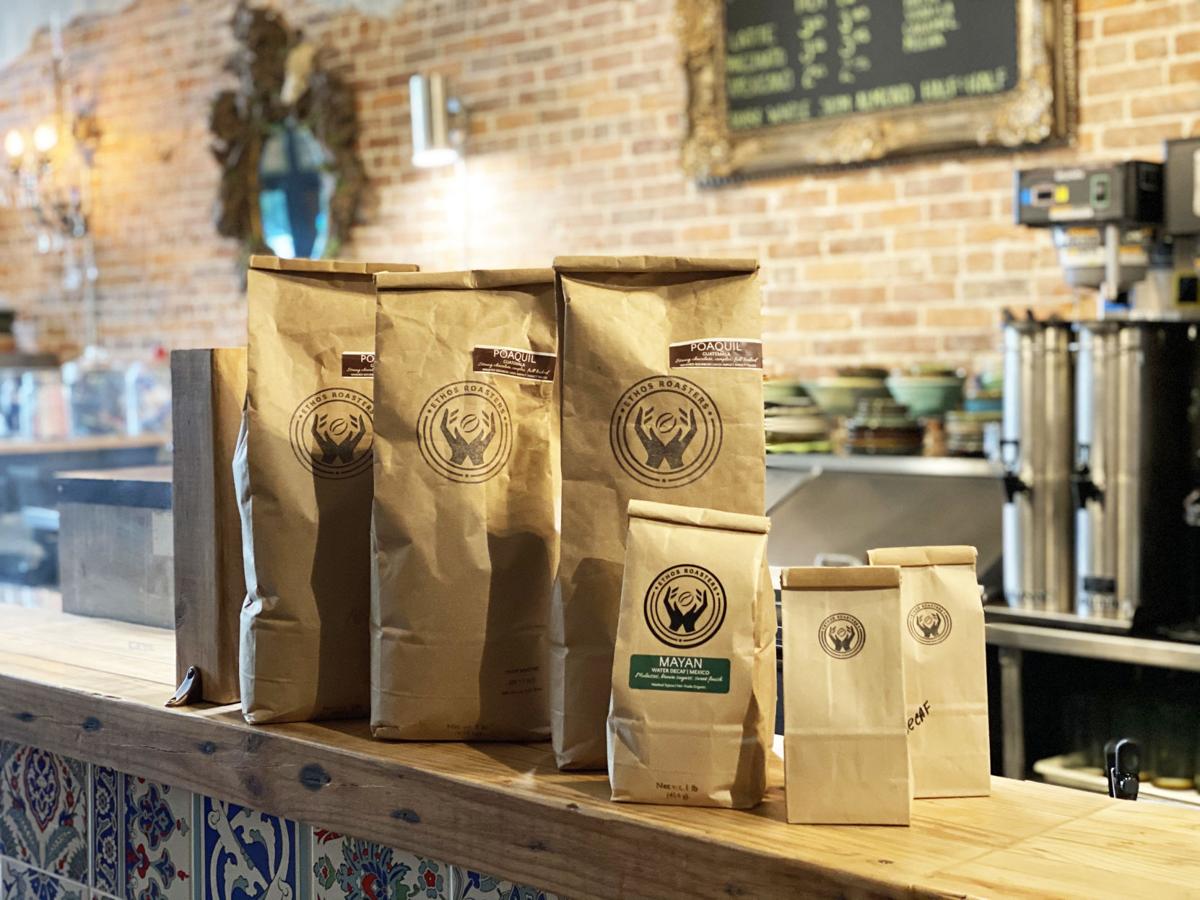 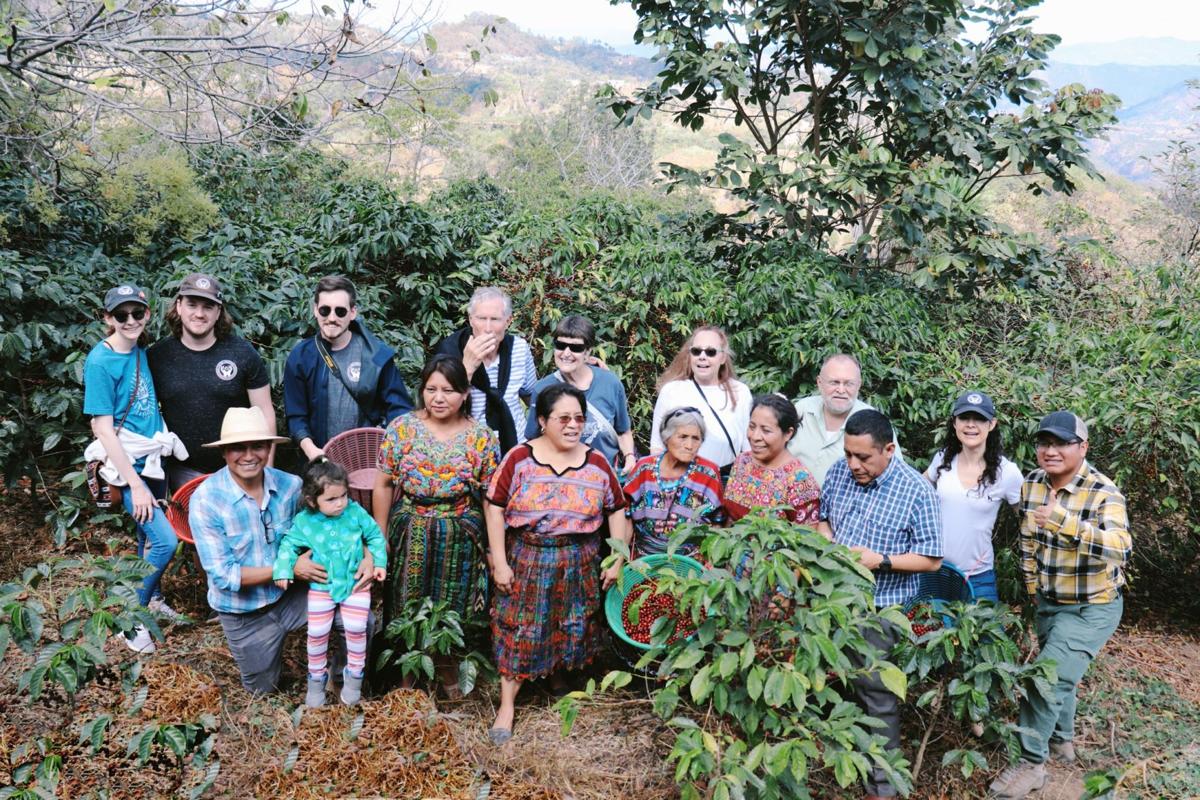 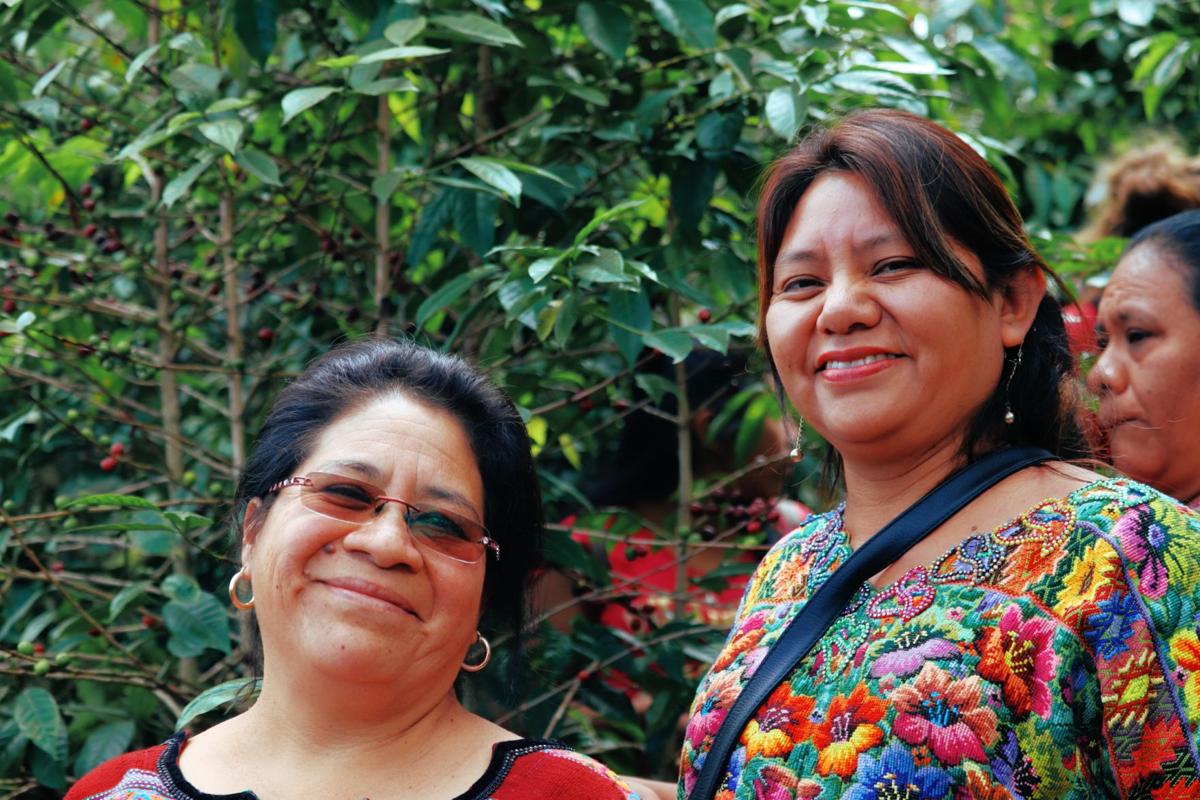 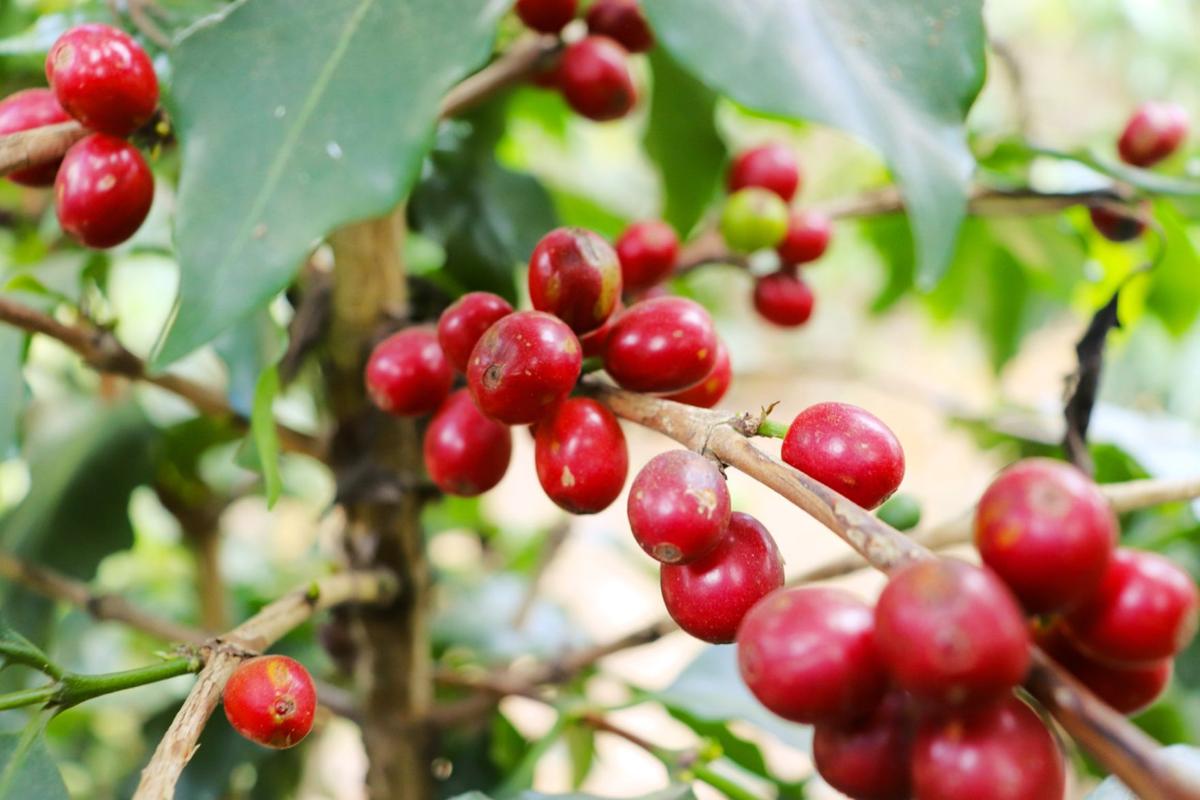 “It all probably goes back to me growing up as a little girl in Guatemala,” began Lisbeth Pacheco. That little girl in Guatemala grew familiar with the unkind sting of inequality. She would help with household chores when her brothers didn’t have to. “I had to make up their beds, serve them food, and clean after them,” she said.  She can remember asking adults at three or four years old, “Why do you treat me differently?”

‘Because you are a girl,’ they would tell her. “From that moment, it instilled in me this desire to make things better and to make things a little fairer and more just.”  Lisbeth left Guatemala to study abroad and eventually come to the United States. “I know we are not at a place of total equality, but I would say it’s fairly close,” she said. She saw economic advantages, freedoms, prosperity, and abundance here and wanted to champion women to achieve those things.

Lisbeth first learned of the town of Poaquil through a man who grew up there, Gerson Morales. She and this son of a Poaquil coffee farmer crossed paths in college. They ran into each other sometime later and got to talking. He told her about the poor town he was from with rough unpaved roads. He even suggested they switch to producing something other than coffee as they weren’t getting much for it. Morales asked Lisbeth what she had been up to. “Well, actually… I’m starting a coffee company,” she said.

The timing was serendipitous. Lisbeth and her husband and co-founder of Ethos Coffee Roasters, Jolian Rios, visited Poaquil for the first time in 2015. Backed by the credibility of her schoolmate, they sparked an ongoing partnership that would revitalize the town.

“Part of me sees herself in a lot of them and then a part of me has this thirst for making things a little bit better,” said Lisbeth of the women farmers. “If I could devote my life to one thing, it would be to create that little opportunity, make that little difference that makes them be able to go to school or just have a role model or know that it’s possible for them to be leaders – that it’s possible for them to be the ones in charge.”

As small business owners, Lisbeth and Jolian want to inspire change, to create that “little opportunity” where they can. “There’s something to be said about thinking big, but always starting small and being very targeted,” she said. And what a change Ethos has inspired. In 2017, they sourced about five bags (roughly 500 pounds) of coffee from Poaquil. In 2019, they ordered three pallets (4500 pounds) from the Guatemalan co-op.   “Actions speak louder than words, that’s it,” said Lisbeth. Instead of speaking about what they would do, Ethos led with actions (there is a language barrier as well with many of them speaking only Kaqchikel). Lisbeth told the farmers that she would pay them the highest price she could, while still making it work for her business, factoring in her costs. “Our goal is always to maximize the volume that we do because it’s through that volume that we can support the farmers,” she said. If Ethos can grow their volume, they can have more partnerships like the one they have in Guatemala.

Lisbeth explained, “From the beginning, we said that economic opportunity is going to empower you to make changes and have greater economic development and we are trusting you to make the best decision about this money. What do you want to do with it? Do what you think is best.”  In late 2015, the Poaquil coffee farmers started a women-led cooperative called Cooperativa La Asuncion.  Though the co-op is very woman-forward, it has not always been this way. Many of the farmers are families, husbands and wives. When Lisbeth and Jolian first came to discuss the price with the farmers, decision-making was deferred to the husbands. They were surprised that Lisbeth was the more vocal of the couple. Surprised and inspired.

When the Ethos founders returned, it was the women who wanted to handle the money. Their husbands agreed and say it’s better now that the women are in leadership. “The dynamic in that town [Poaquil] is very different from a lot of other Guatemalan towns. If you were to see how we have official meetings with them, it’s the women that step up and present.”   Before, they didn’t keep records and had no idea how much it cost them to produce a pound of green coffee. This is an issue in many rural countries, said Lisbeth – farmers don’t keep track of their cost and do not assign a price to their labor.  “They are used to being price takers, not price setters,” she said. “Changes like [knowing their cost to produce] are empowering them.”

The rugged roads in Poaquil have since been paved, opening opportunities for further commerce and trading. “The main thing that has changed for them as a cooperative is that now they have their own coffee processing facility,” said Lisbeth. Due to the premiums Ethos agreed to pay the co-op, and their documentation of cost and accounting, they were able to get a loan from the bank with fair terms and low-interest rates. Between 80 and 90 percent of the co-op’s profit comes from what they sell to the Lakeland coffee roasters. The farmers (and the bank) are secure knowing that this massive portion of their harvest will always be paid at an excellent price. “A lot of farmers can’t say that. They don’t have a buyer that will always buy from them, so every year they have to scramble,” she said.

The bank loan afforded them a brand-new drying patio made of cement poured at an angle, so moisture can trickle down and the coffee can dry under the sun. They also purchased a depulper to do their own processing. “This saves them from having to drive all that coffee somewhere to be processed which is also risky. During that transit time if you’re not careful, if it gets too hot, some of those cherries can ferment. And if it ferments, you lose it.”  The co-op is experimenting with honey and natural processes. At the end of last year, Ethos put out their signature Poaquil, along with Poaquil Honey, and Poaquil Natural.

On February 14, Jolian and Lisbeth brought ten Ethos customers with them to visit Cooperativa La Asuncion during the peak of harvest season – a five-day trip that had been in the works for the better part of a year.  “We visited the cooperative, we spent a whole day with them,” said Lisbeth. “They killed some of their chickens for us which was a very, very high honor. This is something they do when they have an important guest, or they want to celebrate something, or do something nice for somebody.”

They ate a delicious meal together, picked coffee, and toured the facilities. Lisbeth joked that in the half-hour their group harvested, some people barely had a pound. They would not make that much money in Guatemala, she laughed. Lisbeth scrolled through her phone, showing us photos of the trip. “These are the bosses,” she said of a group of women. “They are the ones in charge.”  Lisbeth pointed to a woman, Telma Tubac, president of the co-op, explaining that she and two others, Margarita Alvarez and Estela Morales received scholarships from Emory University in Atlanta last year to do training in the U.S. The latter two women traveled to the U.S. and visited Lisbeth and Jolian, staying at their home.

The oldest member and matriarch of the co-op is a woman in her 70s named Octaviana. She is the head of all harvesting. Lisbeth said confidently that no one knows more about harvesting on  the farm than Octaviana, whose age doesn’t seem to slow her any. “If you were to see how fast she moves in those fields, it’s amazing.”  Of each of the women young and old that Lisbeth sees a bit of herself in, Octaviana resonates with her the most. “She has given us a lot of the legitimacy for everybody else to follow. If she’s behind it, everybody will get behind it,” said Lisbeth. “From that first time, she said, ‘I can see in your eyes that you’re being truthful to me, I believe you. We’re going to do this, we’re going to try. I know that all you can do is try, you cannot do more than that.’”

Indeed, Lisbeth and Jolian and the farmers in Poaquil could not do more than try, but try they did. The phrase win-win seems too cheap of a way to describe the impact they’ve had. The partnership has been prosperous for the town, opening doors for growth and opportunity. It has also been beneficial for Ethos Coffee Roasters, and for all of their customers who can regularly enjoy a cup of ethically sourced, fair-trade coffee.

‘Because you are a girl’

Ethos is working to form a new partnership with another small group in Colombia in the town of Planadas, in the department of Tolima. “They have great women representation as well – women leadership. That’s one of the things that Poaquil also has,” said Lisbeth.

“We hope to keep growing and as we keep growing, one of our first priorities is to keep supporting the people we made a commitment to,” said Lisbeth. Now in their fifth year working with Poaquil, the Ethos couple want to see them progress and grow alongside them. Ethos has committed to buy about 8,000 lbs of coffee from them this year. “They worked a lot for it,” she said.  “They themselves say, ‘Wow, you really saw in us, something that we hadn’t seen, and now we see it. We see that we’re capable, we see that we can do it. We see that we don’t have to depend on anybody else – we can do it.’”

That kind of earnest belief in capability can’t be spoken or bought or exported across borders – it must be acted upon. Lisbeth believes in this women-led co-op. She knows what they are capable of and she acted on that – perhaps because she is a girl.