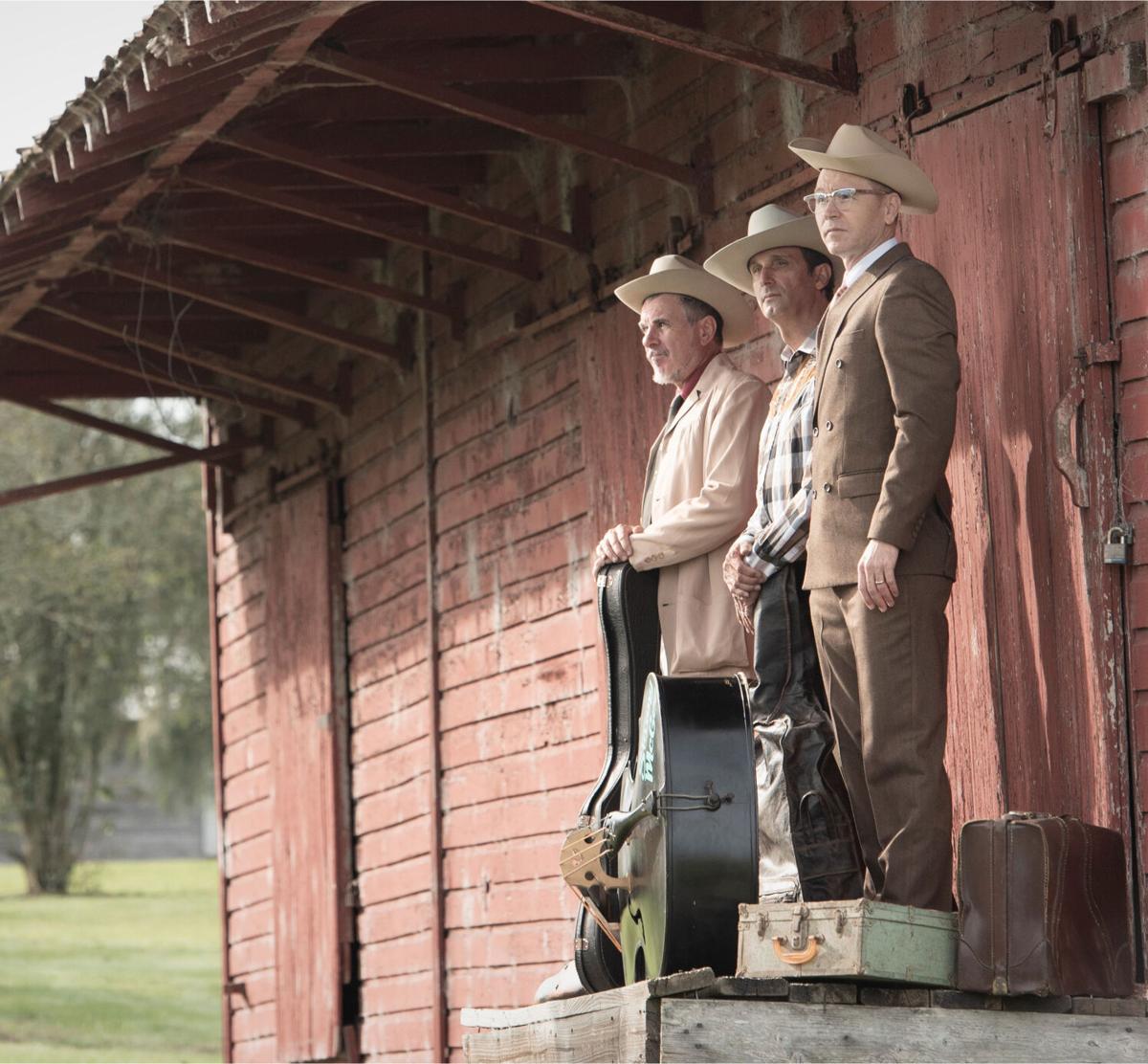 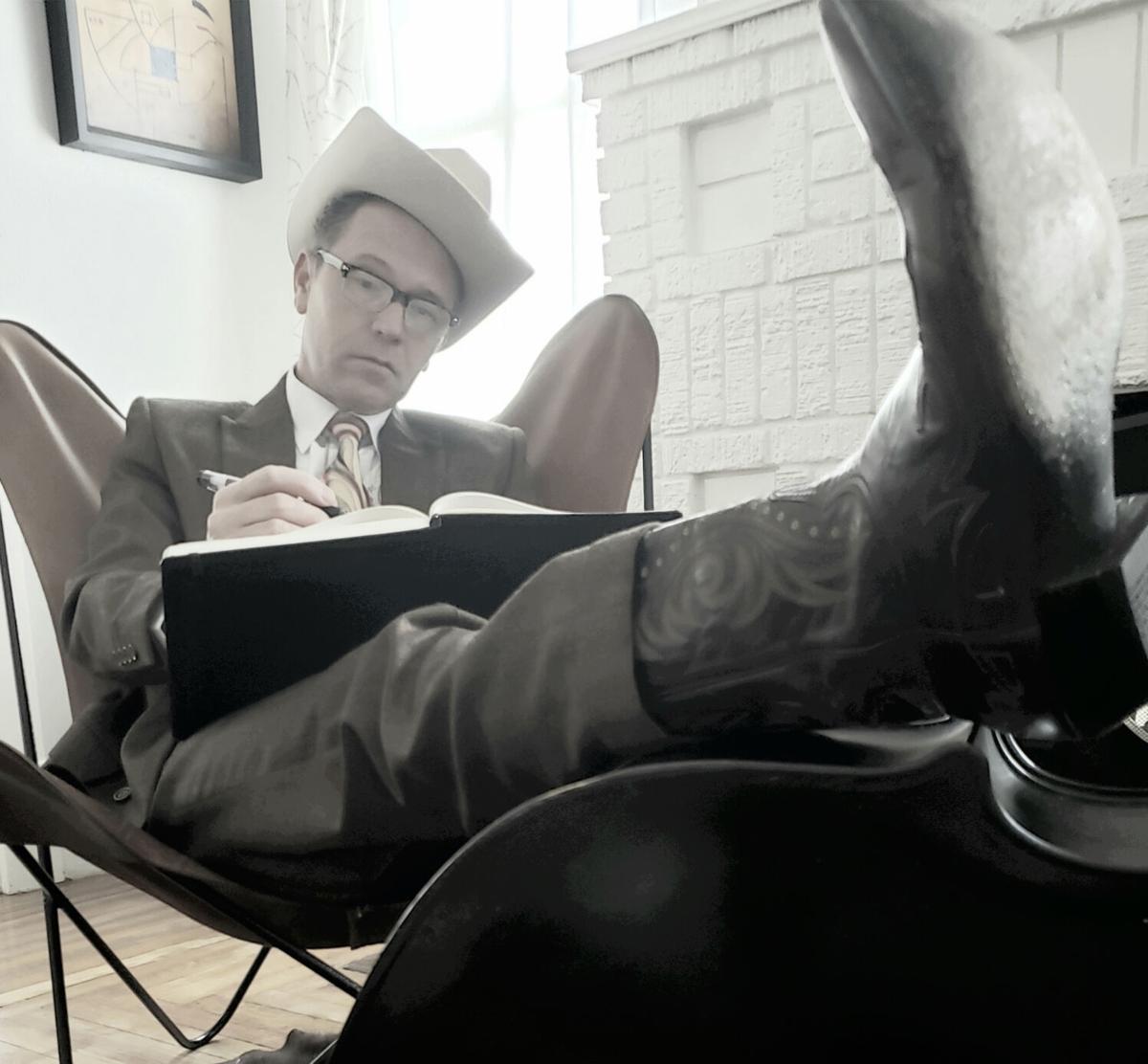 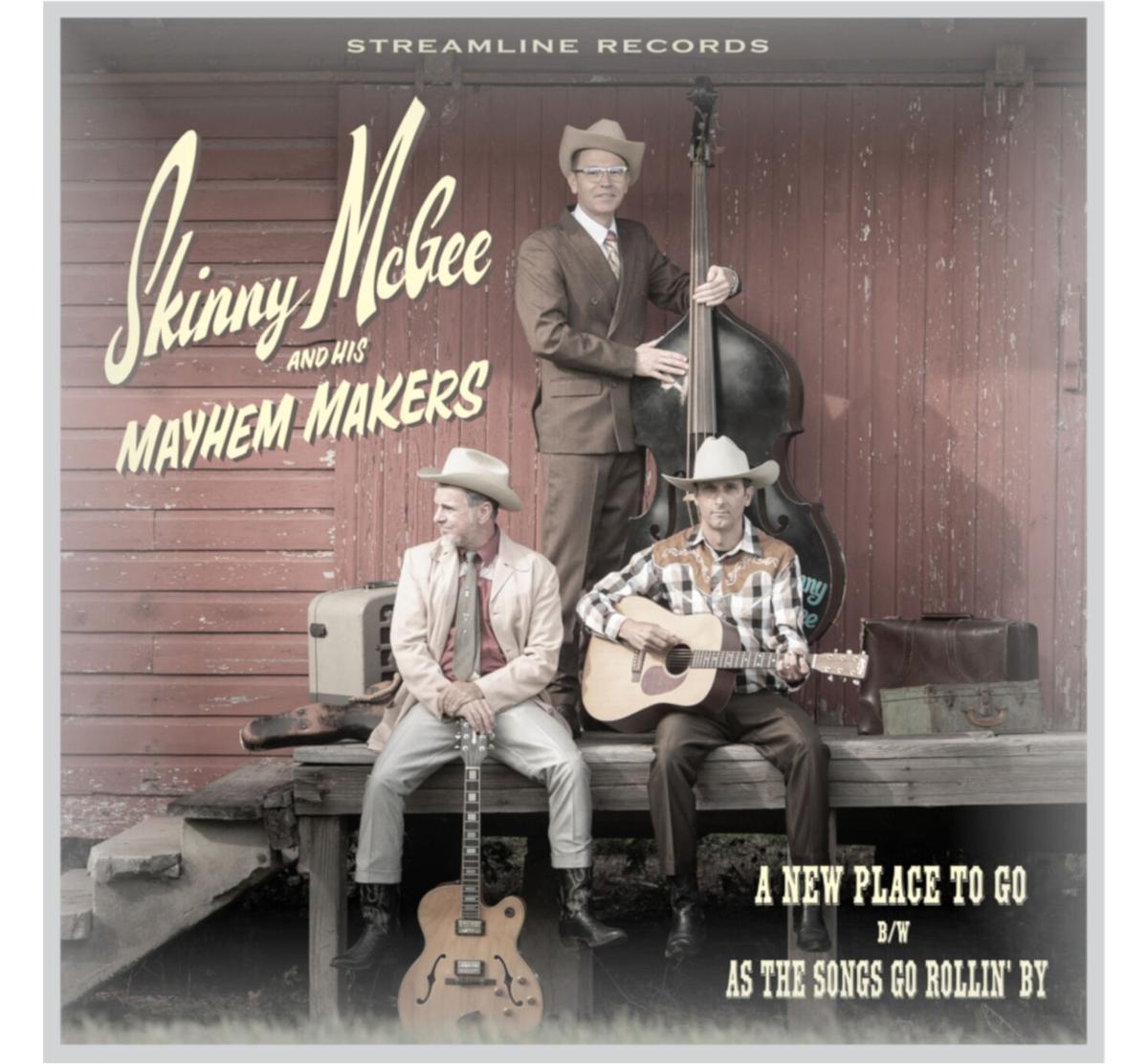 Winter Haven’s Shawn Gravitt, aka Skinny McGee, spent his time during quarantine exchanging lyrics between pen and paper, completing songs for a new album. Skinny sat down over a coffee with us, talking tunes and telling band stories.

The Skinny on Skinny

Gravitt’s musical nickname is an homage to Gilligan’s Island. He can remember watching the show daily. Gilligan had a childhood friend named Skinny Mulligan and another called Fatty McGee; Gravitt meshed the two together for his namesake, Skinny McGee.

In 1996, Gravitt and a friend started a band, calling themselves Skinny McGee and the Boxcar Boys, together they put out a 45. “At the time, there was a big Rockabilly scene in Europe,” said Gravitt. One of the band’s songs was picked up by a French magazine called Continental Restyling, published by Jerome Desvaux. “You could send him records, and he would review them,” Gravitt said. “One of our songs on his charts in Europe went to number four.”

The Boxcar Boys dissolved, and Skinny later put together another band in 1998 called Skinny McGee & his Mayhem Makers with Gravitt writing lyrics, on vocals, and upright bass, Mark Hannah on lead guitar, and Chris Bell on rhythm guitar.

The band’s music, described as ‘Authentic Florida Rockabilly,’ is steeped in mid-century southern sensibility and a ‘Johnny Cash type’ sound. The music put out by Memphis’s Sun Records was influential to the band. “Offbeat record labels would go and find the original acetates and re-release them,” he said. “So you’ve got a lot of really, really obscure songs and sounds that we could dig into and not step on anyone’s toes. By doing that, we came up and started melding our own authentic Florida Rockabilly sound. [...] Now it’s probably a little bit more country,” he said.

Skinny McGee & his Mayhem Makers played countless gigs in Europe and the U.S. and put out two albums, Mint Juleps & Sweet Magnolia (2002) and 99 Years (Give or Take) (2005). After an eight-year break, the band got back together to play the 30th Antemesaris RocknRoll People’s Party in November of 2019. “With them, it was like putting on a good old pair of blue jeans,” said Gravitt. They played two more gigs following the Antemesaris People’s Party before the pandemic made its way stateside, putting a halt to public gatherings.

Writing an Album over Quarantine

Gravitt, a hairstylist for 33 years, was shut down for about seven weeks last spring. “About two weeks in, I was like, ‘I’ve got to do something.’ So I started writing,” he said. “It was like somebody opened a spigot – it was song after song after song.”

The bandmates worked together remotely, exchanging recordings to overlay guitar and mix songs.

There wasn’t an express theme to the lyrics Gravitt wrote over his time at home, “but it felt a lot more country,” he said. The country sound is an old friend of the band. Their first full-length album, Mint Juleps & Sweet Magnolia (2002), featured two ‘very country’ tracks. Sweet Magnolia (named for Gravitt’s youngest daughter) was one of those songs accompanied by the metallic twang of steel guitar. “We listened a lot to that because my daughter now is at the age where she can listen to it and get it. She’s musical, so she was really digging it. That, I think, fed into the more country theme,” Skinny said.

“There are two songs that have a bit more meaning than the other songs,” said Gravitt. “They’re dark, and they’re different from what we’ve ever done.”

“The last song on the album is a song about a murder, but it’s seen from the eyes of a black man who didn’t commit the murder. […] The other one is about coal mining and black lung; it’s very old sounding, it sounds 30s, 40s style,” he said.

Writing is the most cathartic aspect of making music for the band’s vocalist and upright bassist. “I love the writing – the creative part of putting things together. You’ve got a bunch of parts and pieces, and you don’t know how they fit together – that’s fun,” he said. “Usually what happens is I’ll catch a line, or I’ll hear somebody say something, and then I’ll wash it over in my brain [...] A lot of times, it starts with a little chorus, and it goes from there.”

Skinny McGee & his Mayhem Makers put out a two-song EP, A New Place to Go, teasing their upcoming 13-song, self-titled album set to be released later this spring or early summer. The trio has been practicing at their private band space, ‘Schmoe Island,’ preparing for their spot at Stringbreak Fest in April.

Royalty since birth, ‘Queen’ Michaelah Williams graces others with her positive presence and…

Lakeland’s newest recreational respite, Bonnet Springs Park, is slated to open in 2022. Only…